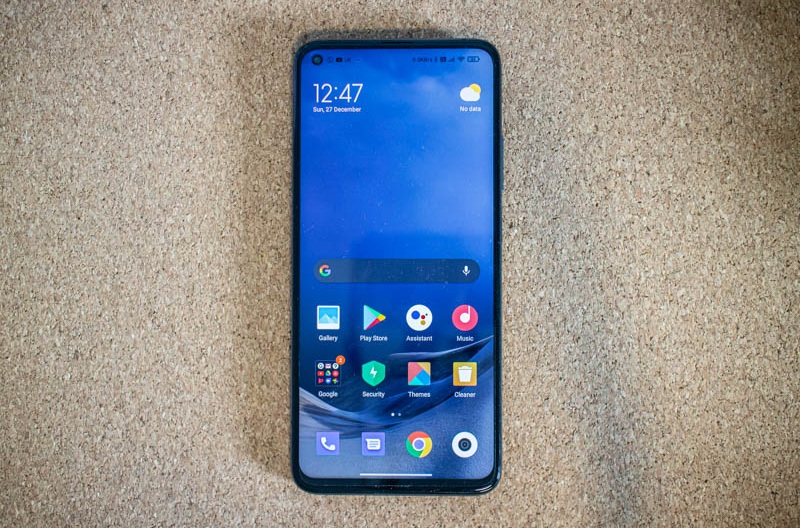 A fitting example of value for money

Xiaomi's Mi series represents their top-of-the-line flagship range with the Mi 10 Ultra sitting at the very top.  While it's a very respectable phone with top-of-the-line specs and functionality, the problem is not a whole lot of Xiaomi buyers are really looking to fork out over S$1,000 for what it packs. At the price point, you've a lot of competitors who may not match it spec-for-spec, but they are credible options on their own. Plus, once it approaches or crosses the four-digit sum, you tend to think twice before parting with your hard-earned money - especially when the Mi 10 Ultra isn't officially supported and sold in Singapore. Meanwhile, the officially available Mi 10 and Mi 10 Pro are quite a bit more expensive and command a retail price of nearly $1.4k.

It's precisely for this reason that the ‘T’ series of Mi 10 was launched recently, with ‘T’ bringing still-flagship level specs but with some trimmings done to the series to target value seekers (similar to how OnePlus handles its mainline and 'T' series phones).

With that as the background, Xiaomi has launched three models under the Mi 10T moniker:

This review will solely touch on the Mi 10T Pro 5G-ready model, in which we find out whether the 10T series can hold up to its flagship promise, what trimmings were made, and how different it is from the Mi 10 series. As you can tell, the price point is really enticing.

At 218g, the phone felt somewhat hefty upon unboxing, which is not surprising for many of the flagship phones released in recent years. Despite that, it does not feel bulky, for its body dimensions (165.1 x 76.4 x 9.33mm) is such that the phone fits somewhat nicely into my palm, at the very least. Compared to other flagships of the same size, the iPhone 12 Pro Max is slightly wider at 78.1mm, while the Samsung Galaxy Note 20 Ultra is 77.2 mm. The Xiaomi Mi 10T Pro features an aluminium frame, and Corning Gorilla Glass 5 is used to cover the front and back. As you can see, the rear is highly reflective and is somewhat of a fingerprint magnet, though they can be easily wiped off. The Mi 10T Pro comes with three colour options: Cosmic Black, Lunar Silver, and Aurora Blue. The review unit I got is the Cosmic Black variant. 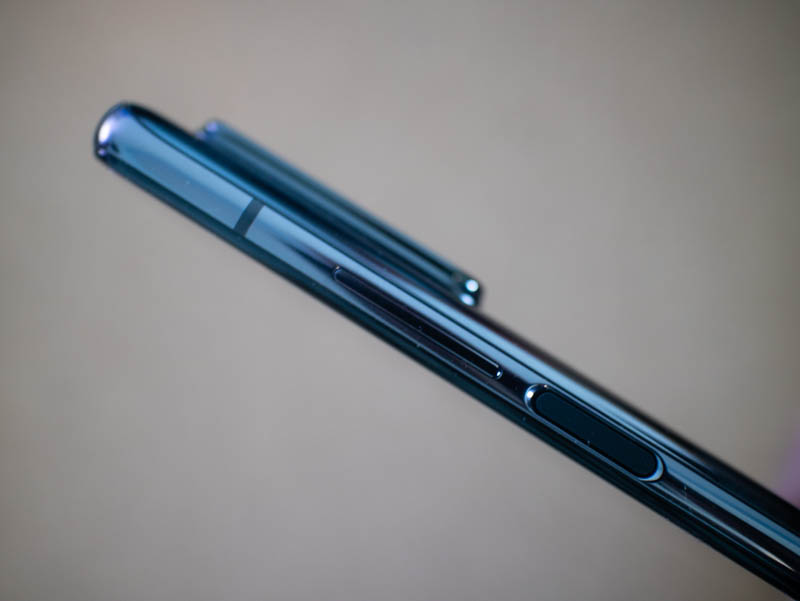 Many flagships phones tend to feature higher-tier biometric sensors, either via advanced facial recognition or in-display fingerprint technology. The Mi 10T Pro eschewed all that and opted for a traditional fingerprint sensor integrated on the power button, featured prominently on the phone's right flank. This is one of the trimmings that Xiaomi has done for the 10T series as the Mi 10 series has an under-display fingerprint sensor. Despite the “old-school” tech, the sensor still works very well and we don't really miss not having more advanced biometric options. Power-button fingerprint integration is, in fact, one of our favourite practical features. 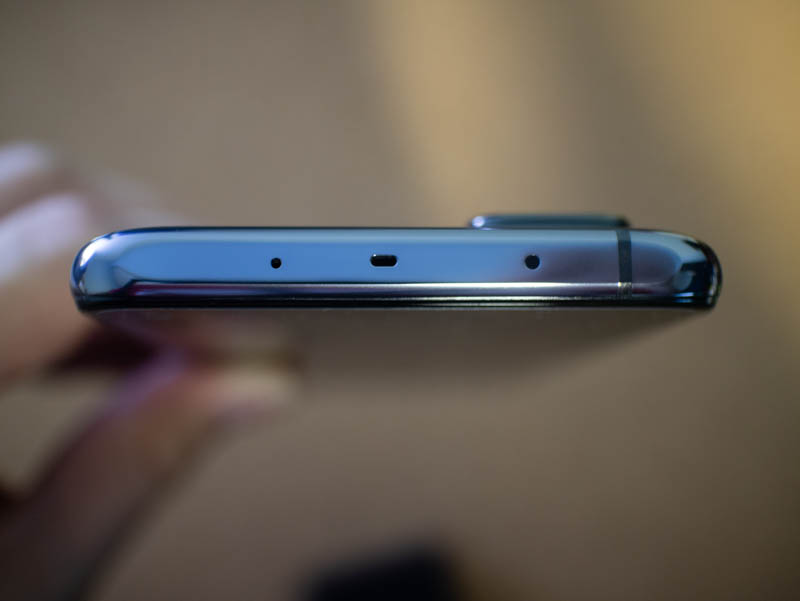 The volume rocker sits on the same right side of the phone with the power button. The phone supports Dual SIM cards, and its slot is at the bottom of the phone, together with a USB-C port. An infrared blaster sits on top of the phone, a feature rarely found in phones in recent years.

It must be noted that unlike other flagship devices from major OEMs, the Mi 10T Pro is not water-resistant rated. It's likely another cost-saving measure, since IP certification costs money for Xiaomi, too. Nevertheless, try not to get your phone wet. As can be expected, there is also no wireless charging on Mi 10T Pro - a feature we've taken for granted on mainline flagship handsets. The display is a 6.67-inch "DotDisplay" panel, which is basically an LCD screen with a punch-hole for the forward-facing camera. It has an FHD+ resolution of 2,400 x 1,080 pixels and boasts a 144Hz AdaptiveSync variable refresh rate display. Having a high refresh rate yields a much smoother user experience and smoother gameplay.

The display also supports HDR10, and it allows for watching Netflix in HDR10 mode as well. The screen is nearly bezel-less, but not as bezel-less as the Mi 10 series’s edge-to-edge screen. Instead, the advantage it has over the Mi 10 is the heightened refresh rate, since the Mi 10 debuted earlier with only a 90Hz refresh rate display.

While it may seem that it is nearly impossible to house a notification light in this nearly bezel-less screen setup, there in fact exists such a notification LED, and it is hidden at the top left-hand corner of the phone. Most non-Xiaomi apps cannot get this notification to light up though it does flicker to life when charging, or when the OS is being updated. That means your notifications from WhatsApp will not trigger the notification light. 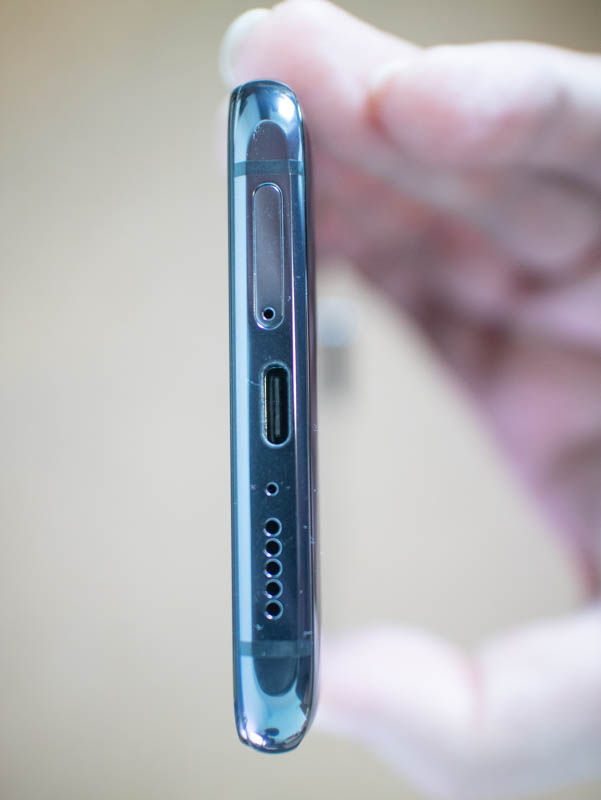 The sole speaker grille is located at the bottom left of the phone. The speakers' audio quality is comparable to other high-end phones, and it is audible even at maximum volume; I can still hear the music playing from the phone despite the loud demolition and renovation works at the unit below my flat.

As it is a Mi Phone, fortunately, it contains no ads. However, it isn't free from bloatware such as (disk) Cleaner and Security, which cannot be uninstalled.

One small but nifty feature is the Mi Remote app. It used an actual infrared blaster on the phone to act as a remote control. Pretty useful if you wish to control your TV or air-conditioner.

Another crucial feature present in the Mi 10T is NFC, which is quite necessary for the wide variety of digital payment methods that empower our cashless habits in Singapore.

That said, the Mi 10T Pro lacks expandable storage (which becomes an issue for videography in our next section), doesn't have certified waterproofing, and also lacks wireless charging (which is not in favour of the phone as you'll see in our battery benchmark), so read on.