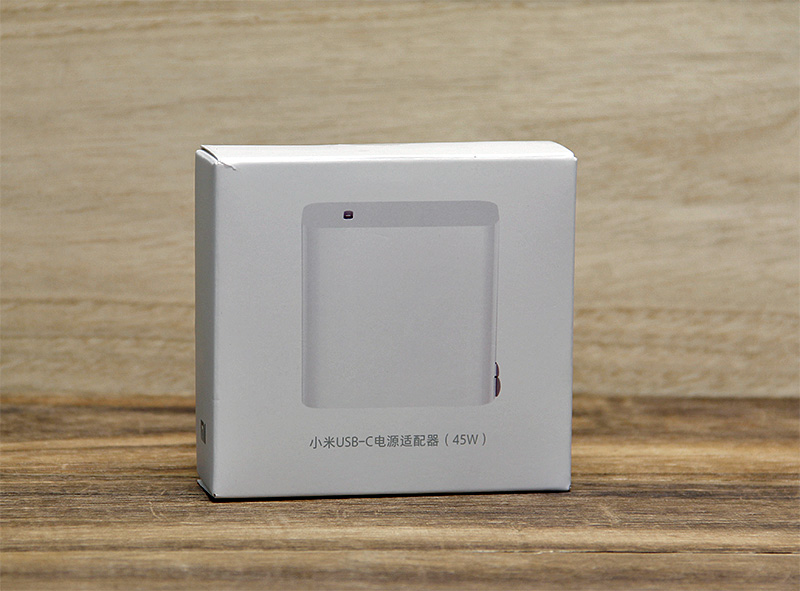 The power story of USB-C

USB-C is fast becoming the go-to connector system for mobile and computing devices. Apple’s MacBook Pros use it, Google’s Pixel phones use it, Samsung’s Galaxy S8 and S8+ use it, LG’s UltraFine monitors use it, SanDisk’s flash drives use it, Nintendo’s Switch gaming console use it - well, you get the idea.

The can’t-go-wrong reversible connector aside, USB-C is also quickly becoming synonymous with fast charging. That’s because with compatible devices, USB Type-C charging allows up to a 3A current for 5V devices; and on USB-C devices that additionally support the Power Delivery standard, up to 100W of power can move between the device and charger.

To cut the long story short, if everything goes according to USB-IF’s plan (that’s the non-profit organization behind the USB standard), in the future all our devices would only have USB-C ports, we’d only have one type of cable to deal with (USB-C-to-C), and as long as it can supply enough watts, the same USB-C charger/hub/power bank would work across different brands of USB-C smartphones, laptops, etc.

Which brings me to today’s main event: the new Xiaomi 45W USB-C power adapter. Those familiar with Xiaomi’s products will know that this is not the Chinese company’s first USB-C power adapter: the 12.5-inch and 13.3-inch Mi Book Air laptops, which support USB-C charging, already come with their own 45W and 65W USB-C adapter respectively. But this 45W adapter I’ve here (model number: CDQ02ZM) is an entirely new product that just went on sale in China as a standalone accessory. It’s made by ZMI, which for what it’s worth, is the same company that makes the popular Xiaomi-branded Mi Power Banks. 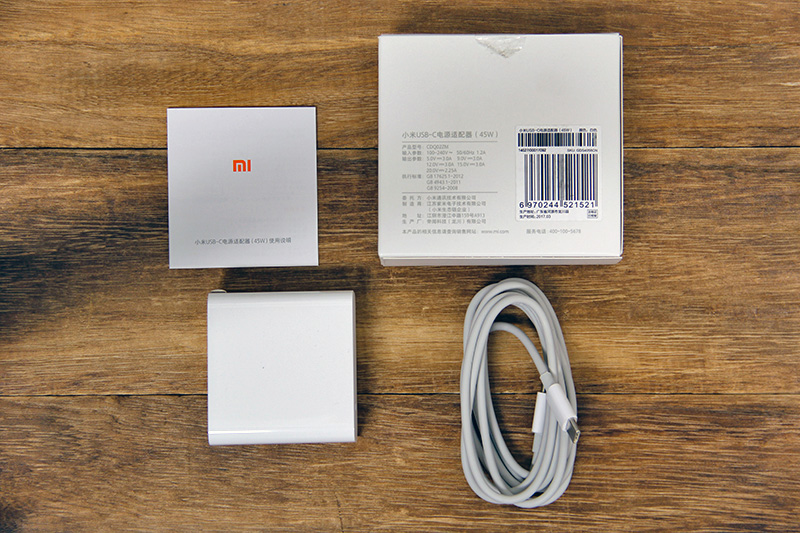 Like the Mi Book Air laptops’ adapters, this new 45W adapter uses China’s 2-pin plug (but foldable this time) and supports 100 to 240V AC and 50/60Hz frequencies, making it great for overseas use.

More importantly, this 45W adapter seems to be the first USB-C adapter that Xiaomi explicitly claims to support the USB Power Delivery v2.0 standard. The markings on the adapter seem to check out, as it advertises 5V (3A), 9V (3A), 15V (3A), and 20V (2.25A) power rules. Even the optional 12V (3A) power rule is supported by this adapter.

Additionally, the adapter also claims to support Qualcomm’s Quick Charge 3.0 standard. This is welcomed because let’s face it, most people are likely to own more Quick Charge phones than USB-C phones with Power Delivery capability at the moment.

Xiaomi is known for making value-for-money gadgets, and this 45W USB-C adapter isn’t going to break that reputation. In China, the adapter costs 99 RMB, which is about S$20. (Note: Since this adaptor isn't available here, I had to use a shipping forwarder. Even with that and local postage factored in, my total cost only came up to be around S$26.) There's a local retailer who's selling it at Lazmall now. In comparison, Apple’s 29W USB-C adapter for the 12-inch MacBook costs S$68, and Innergie’s 45W PowerGear USB-C adapter costs S$63. 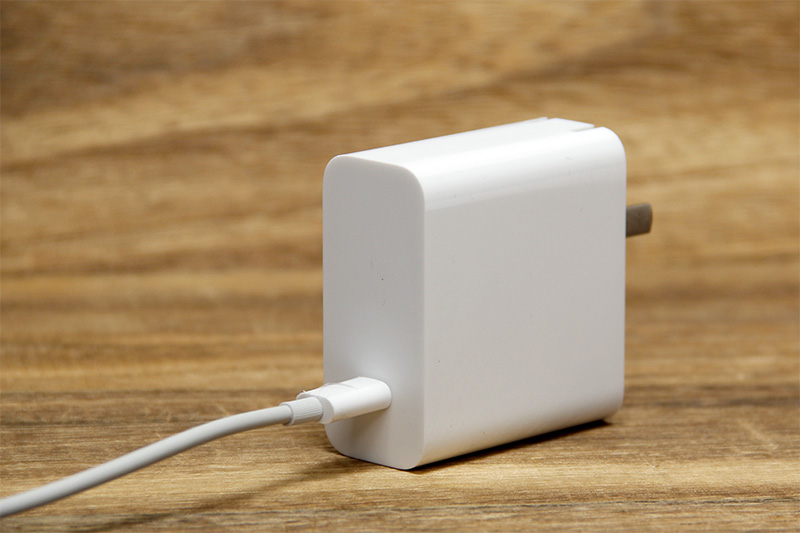 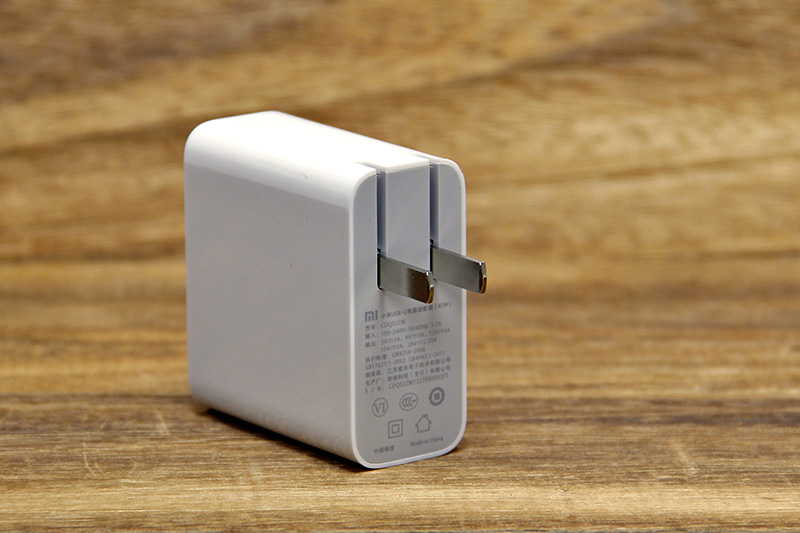 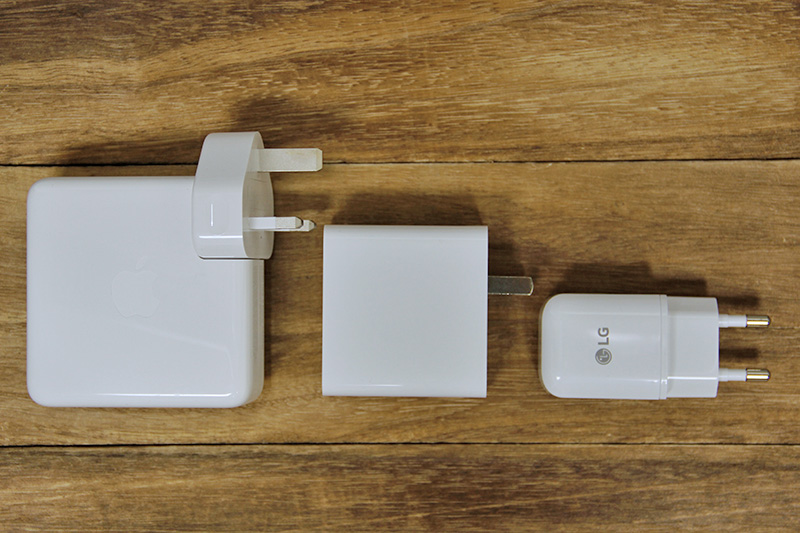 A few words on performance

So, is this Xiaomi 45W USB-C power adapter any good? Short answer: it does what it says on the tin.

Longer story: here’s a summary of my findings and observations:

Long story short, yes, I’d recommend the Xiaomi 45W USB-C power adapter. It is small, light, and its support for both USB Power Delivery and Quick Charge is highly sensible at this period of transition. Remember, while I mostly tested it on USB-C laptops or phones, it’s also great for charging USD PD and QC-compatible power banks.

Write a Review
Compare This | Specifications
Very affordable
Small and light
Supports USB PD 2.0 and Quick Charge 3.0/2.0
Comes with a USB-C-to-C cable
Charges non-PD-capable iPhones and iPads at just 5W
Our articles may contain affiliate links. If you buy through these links, we may earn a small commission.
Sponsored Links