Chill out and take it slow 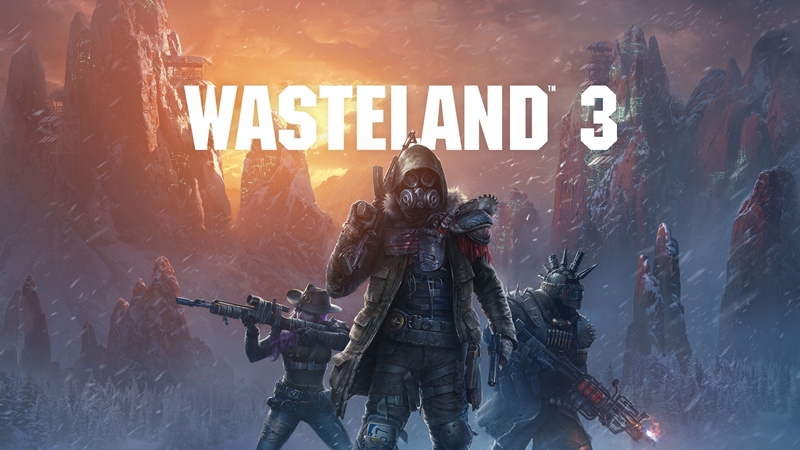 When it comes to gaming, sometimes being able to plough through every level or enemy in an instant isn't the most important thing.

Don't get me wrong, though - I have the utmost respect for speedrunners and their skills, but while it might be impressive to see people blitzing through games such as Super Mario 64 or Portal 2 in record time, the same rule doesn't exactly hold true for games that are meant to be taken slowly, like Wasteland 3.

So, before we go any further, let's just say that attempting to bulldoze through this game (like I did at first) will result in...less than optimal returns on your time investment, and by that I mean you'll lose out on experiencing the true beauty of the the game entirely.

Stop and smell the roses 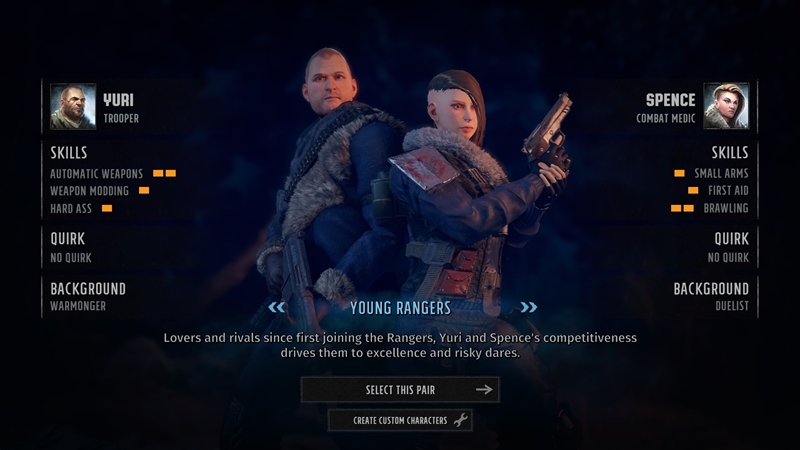 Yes - chill out and take it slow. I know most of the games doing well on the market right now are intense and fast-paced, but I can assure you that if developer inXile Entertainment wanted the game to be played at that tempo they probably wouldn't have made it turn-based to begin with. Heck, it might have even ended up as another battle royale title, and we certainly don't need more of those right now.

Fortunately, they didn't go down that route - in keeping with the series' roots, Wasteland 3 is still a tactical turn-based RPG, so let's go over some of the initial vibes we got when we booted it up.

At first glance, the game really doesn't do much to distinguish itself from your average post-apocalyptic RPG title, although the aesthetics package certainly deserves a reasonable amount of praise. For the most part, it just didn't seem exceptional, sporting turn-based combat systems, character customisation, inventories and resource management. I found the character customisation interface particularly intimidating too - there are so many menus and traits to consider that I zipped back out and selected a preset pair simply because it was easier.

Needless to say, I didn't exactly have a good impression of the game here, and it got to a point where I just clicked buttons for the sake of seeing something happen. I was mentally preparing myself to assign the game a mediocre score too, but then it occurred to me that perhaps the lackluster experience wasn't because of the game's method of delivery, but my own impatience. Accordingly, I restarted my file, made some tea and went into it again with a clear and more relaxed head.

Once upon a post-apocalyptic world 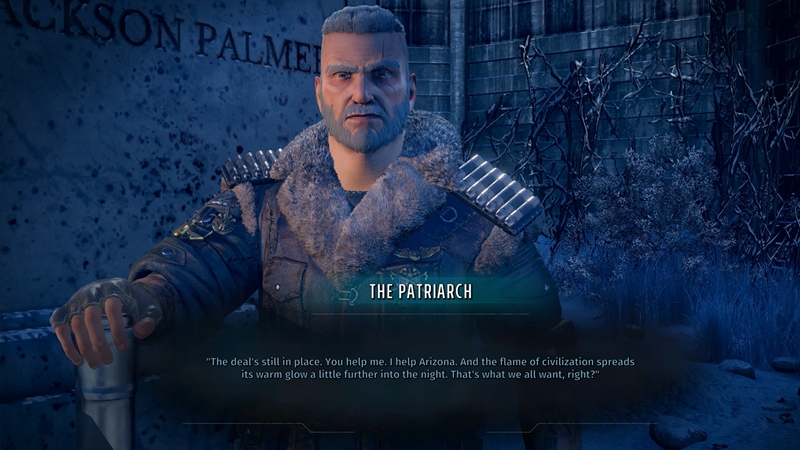 Let's just say the shift in perspective really made a difference. As a turn-based game, Wasteland 3 doesn't force you to make instantaneous decisions, so I honestly have no idea why I was trying to bulldoze it in the first place. Anyway, let's check out the story before we go any further.

Basically, Wasteland 3 puts you into the shoes of a Desert Ranger, a highly skilled peacekeeping force based in Arizona. As peachy as that sounds, the base is running out of crucial supplies and resources, and this eventually forces the Rangers to set up an agreement with a key settlement known as Colorado Springs.

Run by a man called Saul Buchanan, or The Patriarch, a convoy of Rangers are dispatched to help him capture his three rebellious children in exchange for a wealth of supplies. However, the convoy is ambushed en-route by a bandit gang known as the Dorseys, and only two Rangers (that's you) manage to survive the encounter. As such, it's up to the player to rebuild the Rangers' forces in Colorado Springs and fulfill their end of the bargain with The Patriarch. 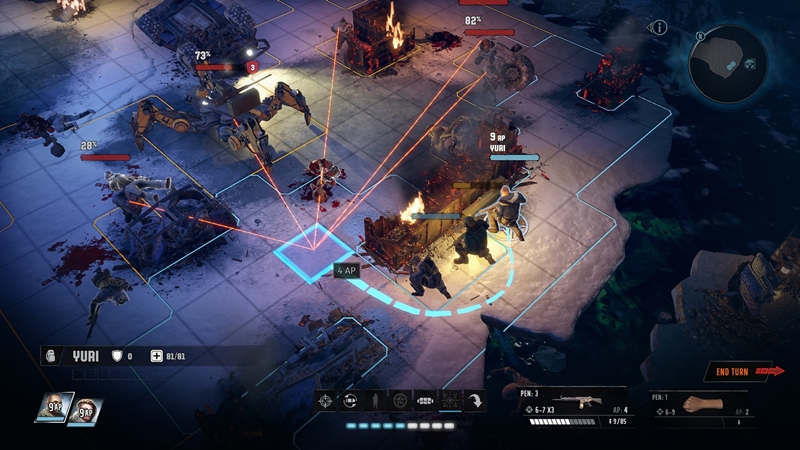 The gameplay in Wasteland 3 is split up into two main aspects: combat scenarios and overworld interactions. In terms of impression, the former is actually a lot more complex and tactical than I gave it credit for. Not only does it allow players to utilise cover and pre-combat ambushes to put one up over their opponents, but they also add another layer of realism by introducing limited ammo and the concept of injuries.

Basically, the first of those is as it suggests - players who use firearms will have limited ammo, meaning they have to occasionally dedicate Action Points to reload them. As for the second, injuries are status conditions that prevent characters from performing certain actions. For example, a brawler with a "fractured shoulder" injury will not be able to flip enemies over even if he possesses a relevant ability, for obvious reasons.

Apart from that, there are also the usual factors you'll have to look out for in such titles, like weapon range, hit probability and stuff like that. It's a little disappointing that there isn't an "Undo" button if you move to the wrong square, but hey, that just means you need to be even more careful, right? *wink* 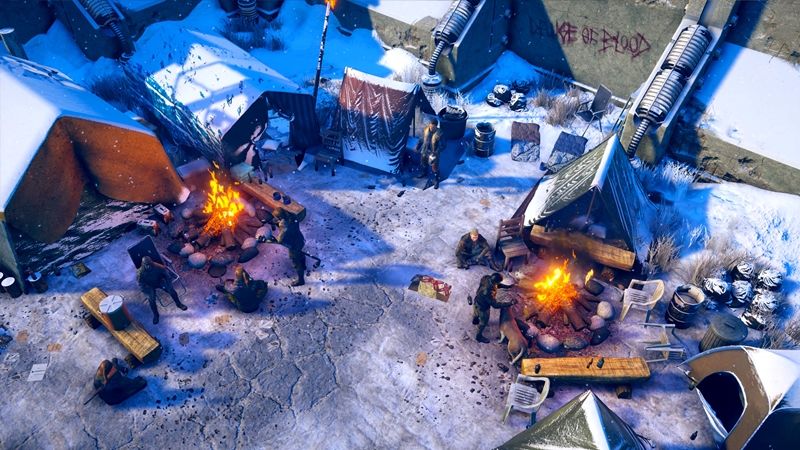 Regarding overworld interactions, it's quite self-explanatory - players can explore the overworld in their trusty Kodiak vehicle, loot chests, disable enemy alarms, and talk to NPCs, among other run-of-the-mill RPG actions. However, Wasteland 3 does a particularly fine job when it comes to the latter. Moral choices aren't exactly a new concept in modern games, but inXile has turned that knob up to eleven, in the sense that every choice can have big consequences and "domino effects" if you're not careful. For instance, during the first mission my team came across a group of traitorous teens who'd helped the Dorsey bandits attack Colorado Springs. Their leader offered to surrender out of fear, claiming that they didn't know what the bandits would do to their captives.

Man, what were you expecting - a housewarming party?

Long story short, I was really pissed with the dude, and his snobbish attitude certainly didn't earn him any points in my book. As such, I chose to shoot him with the intent of scaring off the others, but it didn't turn out so well. The teens ended up attacking my team, and I had little choice but to kill the lot of them in cold blood. Later on, I ended up having to lie and say that they were killed by the Dorseys. Yes, I know it's brutal, but they had it coming for working with the enemy.

Getting back on topic, the game does an excellent job of streamlining and switching up minor details of the story depending on your actions. Making the right choices can buff up your reputation and standing with the various factions as well, although the reverse is also true. Regardless, the point is that the developers have put an amazing amount of work into this aspect of the gameplay, and it's certainly worth a round of applause.

Too many bells and whistles

Of course, there are some things I still didn't fully appreciate about the game in my second playthrough, and the customisation system was one of them, simply because it can be a double-edged sword at times. On one hand, players have a lot of freedom to switch up their character's traits and specialities, but on the other, having too many things to account for, especially at the start might turn first-timers away entirely, much like it did during my first playthrough. Of course, inXile does deserve some credit for making preset pairs for those who want to  "skip the queue", but I hardly think any game wants to risk putting gamers off within the first five minutes.

In a similar vein, the inventory management and character progression can seem a little too complex for its own good. As developers continue to pursue increasingly realistic experiences, I think it's equally important to make these experiences accessible to newcomers and those who are just looking for an hour or two of fun. Having an overly complex progression system certainly doesn't help that, especially when the game itself leaves you to float on your own most of the time.

There's one last minor annoyance I have with the gameplay too. Imagine a scenario where you've just scraped through a tough fight by the skin of your teeth, and are  praying that there aren't any more encounters before the next save point. But as luck would have it, one of your characters steps on a hidden landmine just before the checkpoint and your already-injured party is killed by the blast. I think I'd be a little salty if that happened, and I honestly feel the developers could have done away with the whole hidden explosives bit. I get what they're trying to go for, but I feel it doesn't contribute much to the experience. To be more specific, I really don't appreciate having my party get wiped out due to sheer bad luck in this sense.

Slow and steady wins the race 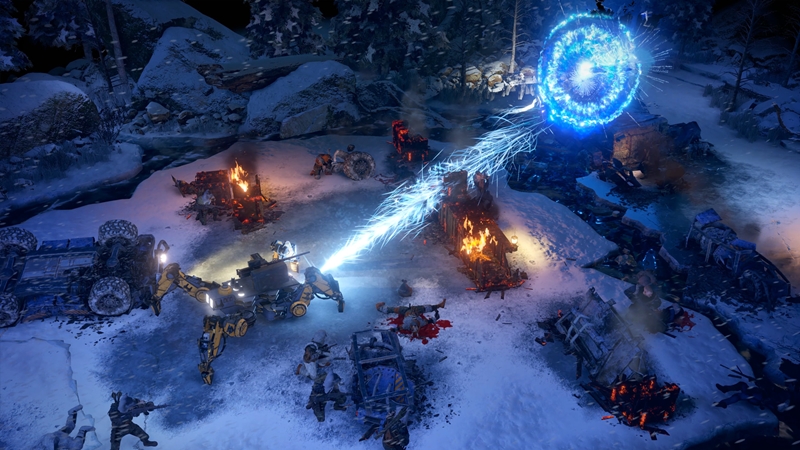 But for all intents and purposes, Wasteland 3 is pretty darn good, and it really stands out among its peers for sheer immersiveness and attention to detail. Granted, the skeleton of the narrative might seem rather cliche in a vacuum, but it's when you mix in the extensive amount of moral choices and consequences that the story really starts to shine.

Every playthrough is going to be unique because of that factor, and the game's diversity of choice extends to its combat as well. When you finally understand how to pair different characters and proficiencies with a wide variety of strategies, there's actually a whole lot more to Wasteland 3 than meets the eye. Once again, make sure to take it slow, and have fun!

Write a Review
Compare This | Specifications
Pretty nice graphics and audio
Detailed and diverse combat system
Moral component of gameplay is well thought out
Different approaches can result in wholly different experiences
Character customisation and progression interface can be intimidating at first
You're mostly left to find the ins-and-outs on your own
It takes a while to get to the interesting bits
Landmines
Our articles may contain affiliate links. If you buy through these links, we may earn a small commission.
Sponsored Links