WarioWare: Get It Together! Review: It's pointless, inane fun at its finest

Give your brain a day off 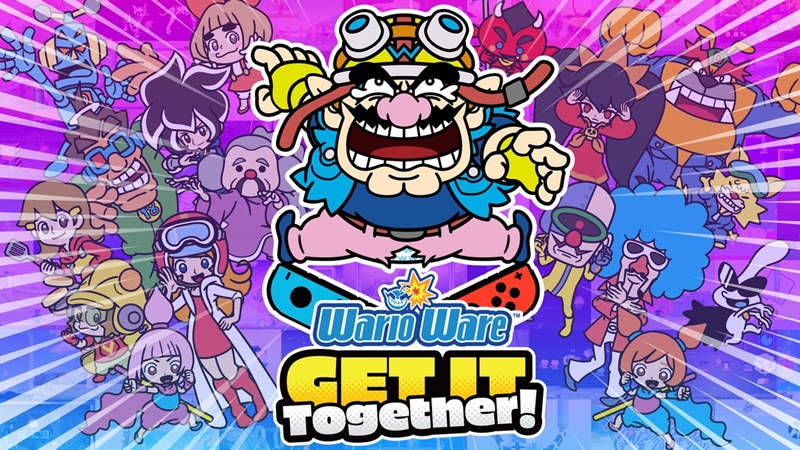 Some games attract us because they feature wonderful, enrapturing narratives and gorgeous aesthetics. Others offer engaging, tactical gameplay and the prospect of a good boss fight.

And then you've got games like WarioWare: Get It Together!, where you play objectively useless and inane minigames just because you can. Building on the sheer and utter pointlessness of its predecessors, the latest entry in Nintendo's comically addictive minigame party series has arrived exclusively for the Nintendo Switch, so before we begin the review, please feel free to leave your higher-level cognitive functions in the lockers provided.

It's good fun any day of the week 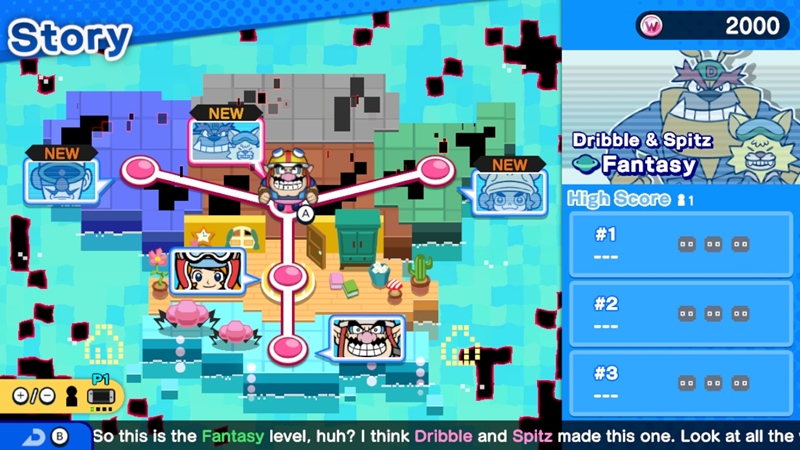 For lack of a better description, Get It Together! and by extension all of the other WarioWare titles are intentional insults to human intelligence, but the irony is that this is what makes them so fun. After all, being able to park your brain in a corner and just embrace a certain degree of stupidity for an hour or two is an option that we seldom find in games nowadays.

In that sense, this game is quite like having brownies with ice cream at 2am in the morning - a true-blue guilty pleasure. It's a charming and hilariously entertaining title that doesn't take itself too seriously (if at all), and it welcomes players to join in on the fun and shenanigans without any reservation. With a spread of adorable (and surprisingly relatable) characters to add to your crew, not to mention near-unparalleled diversity with regards to mini-game aesthetics and concepts, Get It Together! is an objectively solid game on the whole, and it's especially perfect for those little bite-sized windows of leisure time you find during the day.

A buffet's worth of flavour 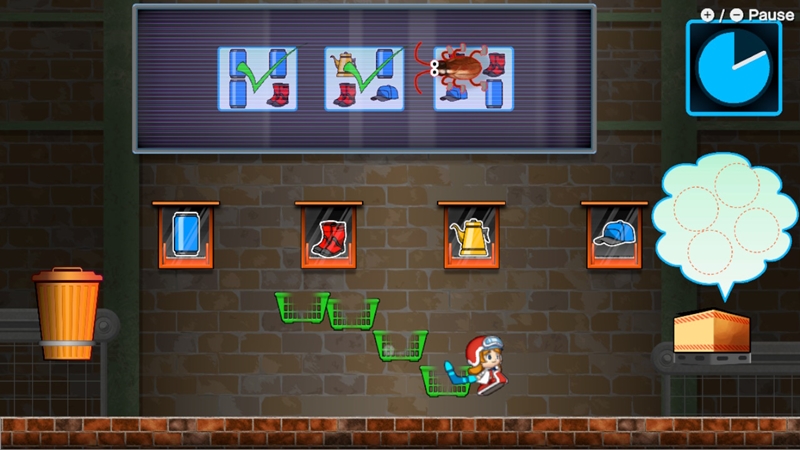 So, what has Wario and his crew gotten themselves into this time? In short, they're on "debugging" duty. After attempting to test out their latest title, the crew is inadvertently sucked into the game world, where they have to squash the bugs in each of their respective levels. Players start off with only Wario on the roster, but as they progress through different stages, they'll join up with other crew members like 9-Volt and Mona, who each bring their own unique abilities and playstyles to the table (more on this later!).

It's also worth mentioning that each chapter also provides small glimpses into the crew members' lives and the problems they face, and like the rest of the game, these day-to-day problems are hilariously presented. For instance, since 9-Volt is still a kid, he has to play most of his games at night under the covers, all the while fearing that his mum will catch him in the act. Meanwhile, Mona's three pets cause her no end of trouble by messing up her house while she's out working, but she still loves them anyway. 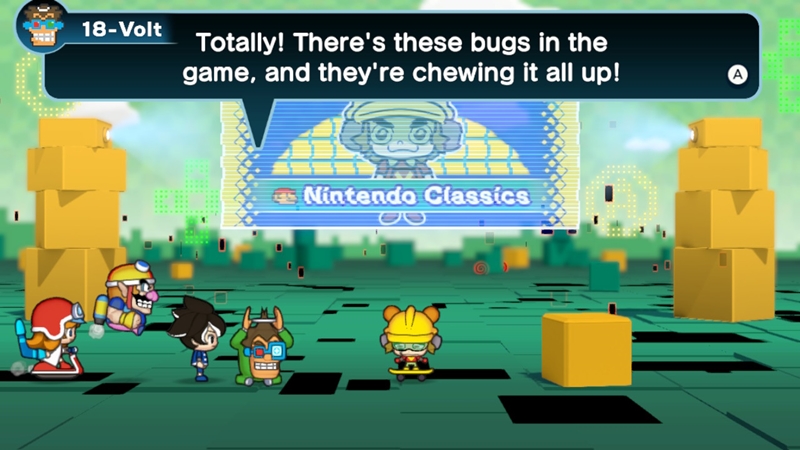 Not only are these snippets presented in a cartoonish and impossibly endearing manner, but they're also quite relatable, and I think it's quite impressive that the developers have made the effort to inject this additional slice of life element into the game. So, hats off to them there.

Moving on, the aesthetics and sounds are also what you might expect from a WarioWare title - trippy, silly and energetic, though the diversity of the former is probably one of the game's most prominent plus points. Each level has been infused with its own unique flavour, though my favourite thus far is probably 9-Volt's - his level is themed around Nintendo Classics, meaning you'll see minigames based on other Nintendo series throughout the years, from Animal Crossing to Super Mario and even The Legend of Zelda. 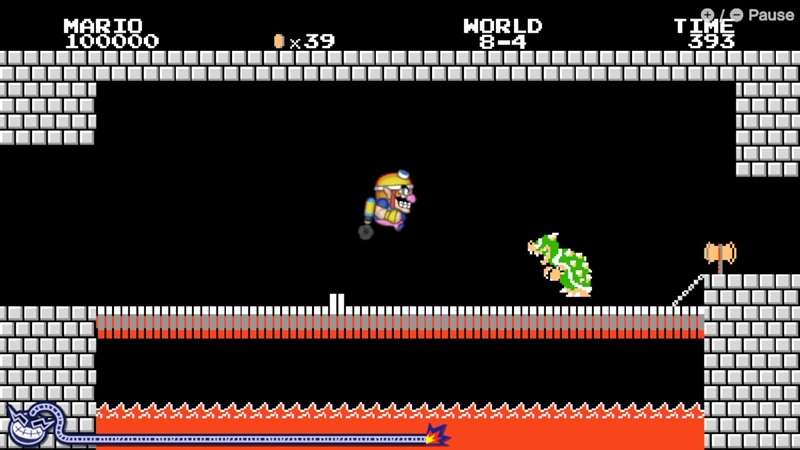 Not only did I really enjoy the mini-games themselves, but the way that the developers have also been able to package all of these different pieces of Nintendo's history into one cohesive level is in itself an impressive feat, and it doesn't just extend to 9-Volt's level, either. Taking on each level brings out a brand-new set of flavours and charms that can really throw the player off their game, and when coupled with the general stupidity of the mini-game concepts, the formula comes together to provide an experience that's not just light-hearted and fun, but endlessly unpredictable.

No, I really couldn't help it, because "unpredictable" is what WarioWare games do best. There's simply no way to guess what silly mini-game the game will throw at you next, and as the game speed gets faster and faster, you'll probably need to ditch intellect for instinct and just go with the first thing that comes to mind. And of course, there's always something extra to add into the pot. In Get It Together's case, this little extra spice comes in the form of character selection.

Before each level, players can select three unlocked crewmates to use in their attempt, and switching out even a single character can immensely change the gameplay experience because of how different their mechanics are. For instance, Mona is permanently moving on her scooter, but she can also toss out a boomerang that can be controlled by the player. Meanwhile, 18-Volt is completely immobile but he can aim and toss CDs from his head at targets. Accordingly, a mini-game that requires the player to spin a windmill might see Mona manually pushing the blades with her scooter, while 18-Volt will have to rely on his CDs to spin them in the right direction.

This provides even more variety to a game that already has it in spades, since players will have to figure out how a particular character can achieve the objective before the timer runs out. 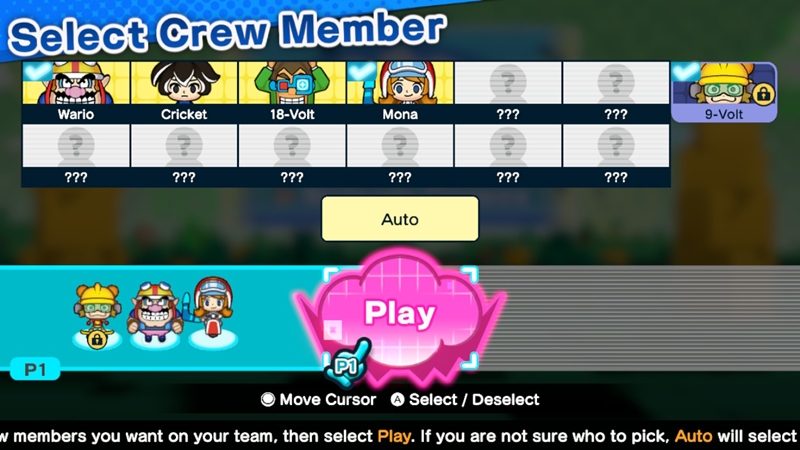 And that's not even counting the multiplayer modes. Although I didn't quite manage to test it out for myself on a TV given I'm using a Switch Lite, I would expect the gameplay to be even crazier with two players in Story mode, and up to four players outside of it. Functionally, this is what makes WarioWare games so versatile - they can be enjoyed regardless of whether you're playing alone or with friends, though of course the camaraderie and friendly banter means multiplayer is usually much more fun.

But putting aside the inherent silliness and impressively varied gameplay, WarioWare's main flaw, if you'd even count it as one lies in its gameplay formula. Essentially, it's the kind of game that people usually play when they've got nothing better to do at that point in time, and it might be hard to imagine playing WarioWare over something fancier and more immersive, like Tales of Arise for example.

Additionally, the fact that there's no real endgame in Get It Together! bar completing the story means that the game's post-campaign appeal is probably only worth as much as a new high score, and maybe the occasional family gathering. Even if you were to factor in the variance afforded by the different character mechanics, the fundamental logic remains the same - it's just a bunch of mini-games that you're using to kill time, and I'm quite sure the game will start to fade a little once you've seen about 90% of them. 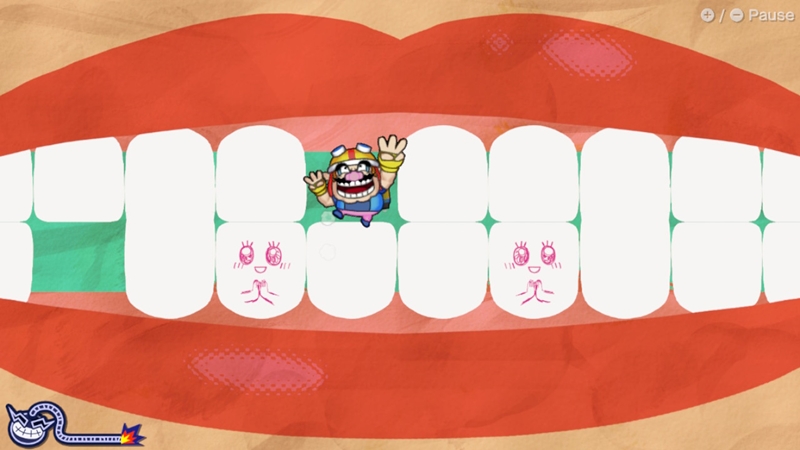 However, the one thing about mini-games working in Get It Together!'s favour is that such party games are functionally a staple inclusion in a game cupboard. It might not be a game you sink three hours into every day for a week, but neither is it a game that you'll complete once and put away for good. It's honestly evergreen in that sense, and it will still be playable even a year or two down the road, not to mention that you might have forgotten what most of the mini-games are by then. At that point, it will functionally become a "new" game that you can enjoy all over again.

In view of that, as well as the game's impressive aesthetic and gameplay variety, I would say that WarioWare: Get It Together! is still quite a good pick if you're looking for a fill-in-the-blank Switch game to play. While it's definitely not going to be something you might clock 40-50 hours on, the entertainment it provides in those small windows of leisure here and there is hard for other games to replicate, especially considering most of them feature detailed narratives and tactical gameplay that require lots of practice and setup.

As a matter of fact, you'll never have to worry about "losing your touch" here like you might for a MOBA or RPG title, because there isn't much for players to forget in the first place. At the end of the day, the game's biggest draws lie in its unpredictability and accessibility. Players don't need to be familiar with anything - regardless of whether they pick it up today, tomorrow or three months down the road, they'll still be able to enjoy these hilariously inane mini-games for what they're worth.

Write a Review
Compare This | Specifications
Excellent aesthetic and gameplay variety
Easy for anyone to pick up and play
Bite-sized minigame formula is relatively evergreen
Characters are quite endearing
Never really a "first choice" game
Not much incentive to play apart from getting high scores
Our articles may contain affiliate links. If you buy through these links, we may earn a small commission.
Sponsored Links