It's quite tiring to play 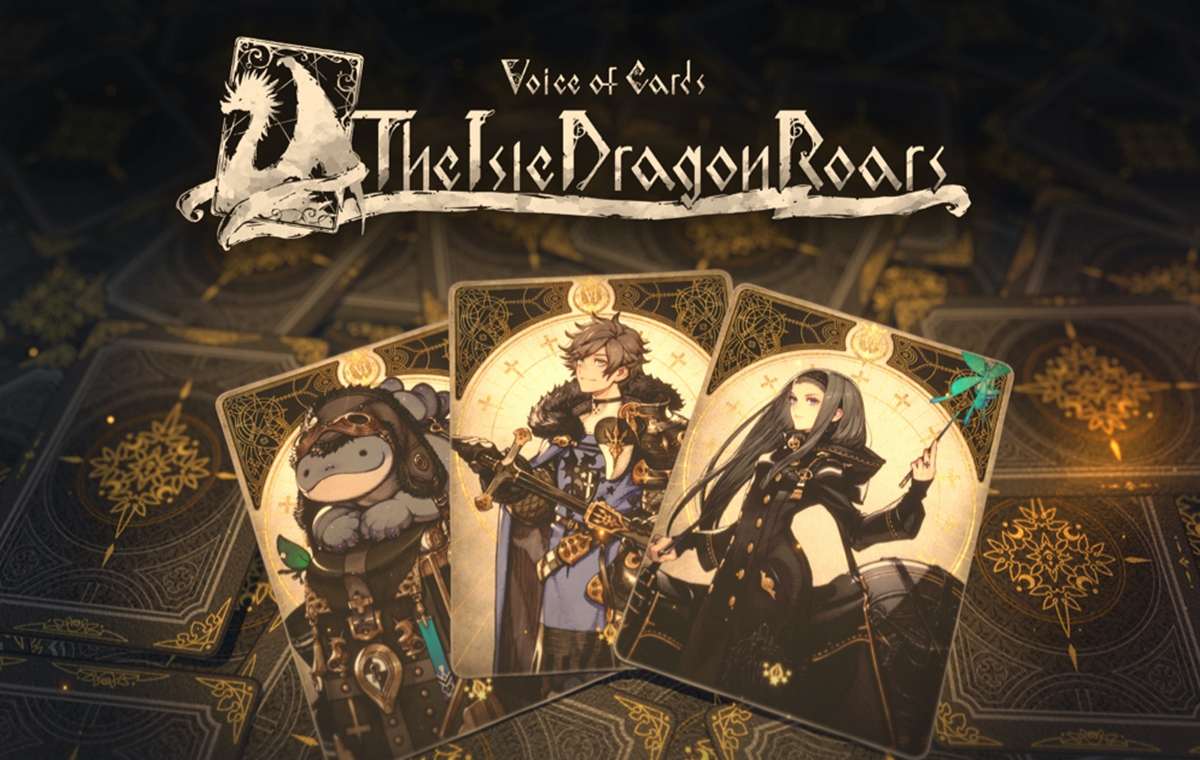 As someone who appreciates a good fantasy story as much as the next guy, I don't mind if a game takes a while to get its engines warmed up, so long as I get my money's worth from the narrative, and of course the gameplay too if possible. Unfortunately, although Square Enix's latest RPG Voice of Cards: The Isle Dragon Roars has tried to check all of those boxes above, it's just not very good at it.

Developed by Alim for the PlayStation 4, Nintendo Switch and PC, VoC is, quite simply, a game that is way more taxing to play than it is worth, and that's mostly because the game seems more intent on testing your patience rather than your tactical acumen.

Although it might be easy to classify VoC as a card battler given it utilises cards as the storytelling and combat medium, it actually (and surprisingly) feels closer to an ASCII-style dungeon crawler. To its credit, this makes it quite novel in terms of presentation because it shies away from many of the usual conventions that characterise the modern "card battler" as we know it. Yet, such choices also cause their own sets of problems to appear, but we'll cross those bridges when we get to it later on.

A novel medieval fantasy...or is it? 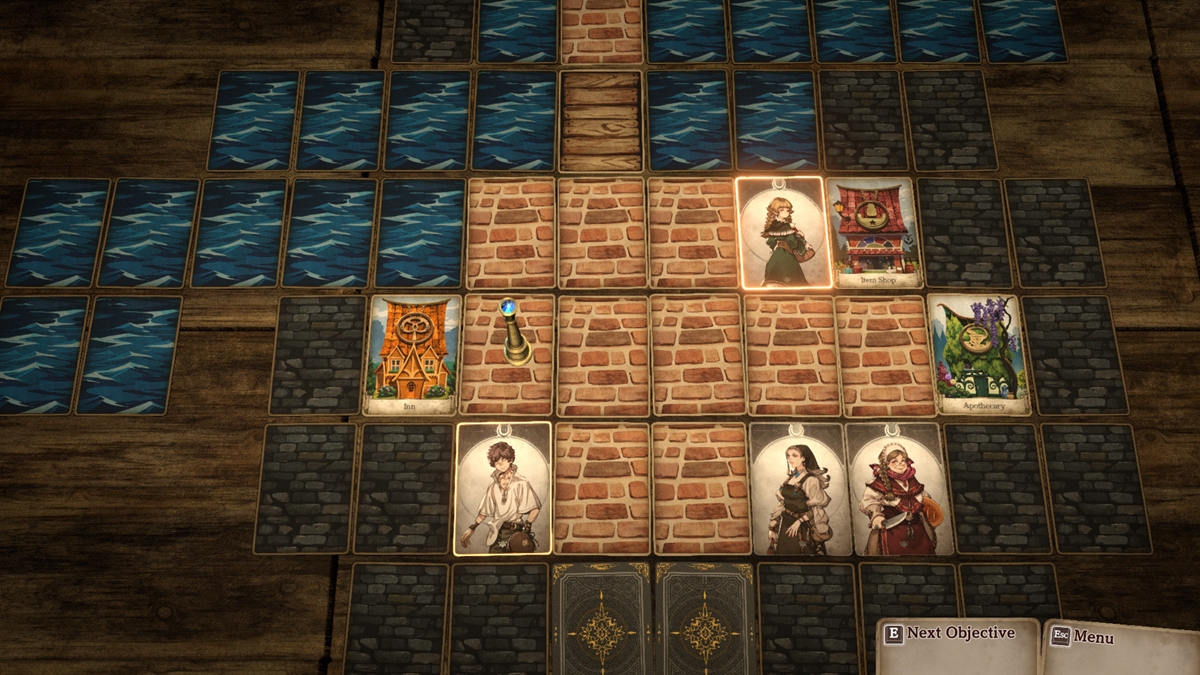 For now, based on the aesthetics alone, you might already have guessed that VoC goes down the medieval fantasy route, and sure enough, many of its character and environmental designs wouldn't look out of place in games like Diablo or even Skyrim. However, in typical Square fashion it seems that they've opted to make it anime-style too, and I'm certainly not complaining about their choice of aesthetic. The rustic feel is, admittedly, somewhat refreshing when other RPGs, like Tales of Arise have doubled down on flashy visuals and environments.

Yet, the latter isn't necessarily a bad thing, because it is these flashy visuals that often make such games enticing to try out and more importantly, continue playing. Refreshing as its whole "rustic route" might be, I feel like the tradeoff here is that the game simply doesn't stand out.

For context, the entirety of the story is told from the perspective of someone (you) playing a tabletop card game with a disembodied narrator. Everything from the characters, to dialogue and even the environment are portrayed through the use of cards, the latter of which flips over accordingly as you explore the overworld, hence the ASCII association earlier. 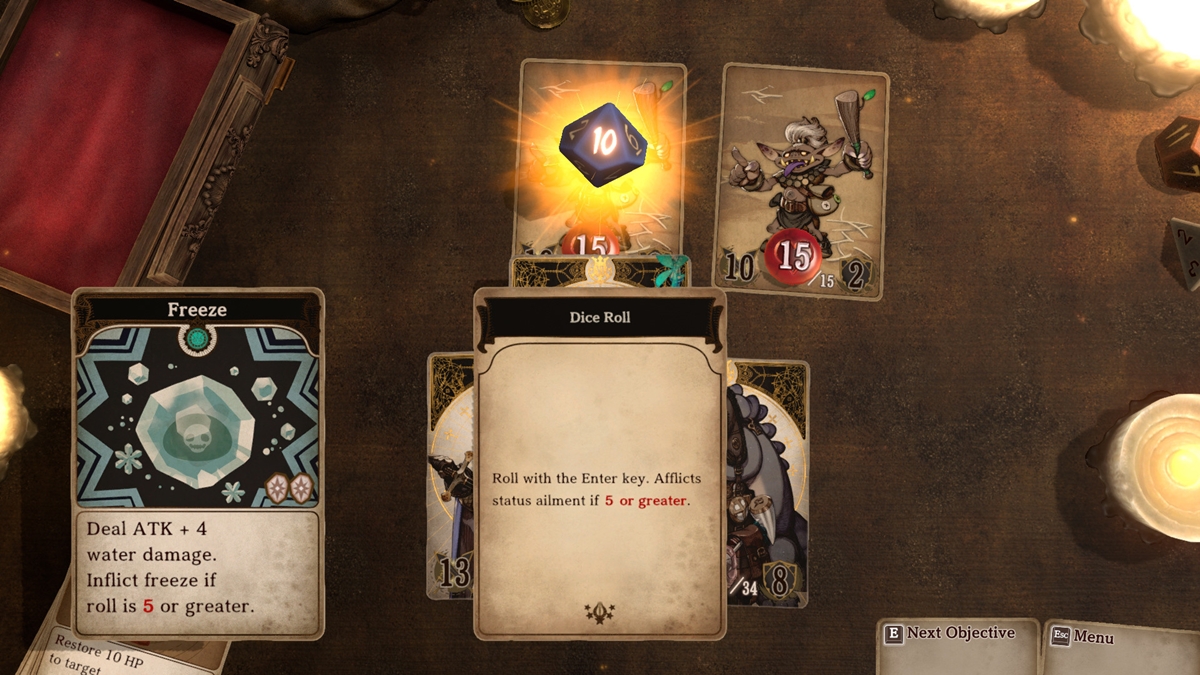 While that might be an interesting way of telling a story, there are two main issues I have with it. The first of these is that it is relatively stingy with its colours, and thus the overall lack of visual impact means that the whole VoC experience ends up being rather monotonous and worse still, forgettable. In fact, even the combat sequences, which arguably feature a "greater" use of colour than the normal storytelling phases, only offer a handful of card movements and little splashes of orange, blue and green depending on the spell's element or dice rolls. At best, it feels like a Dragon Quest game that never really made it out of the sketching phase, and because of that, it simply pales in comparison to what else you can find on the market these days.

As for the second issue, it's largely a conceptual one. Given that the game is a weird blend of classic JRPG elements as well as ASCII-style gameplay, being able to see the entirety of the map (even as cards) takes away a great deal of the suspense that you'd usually expect from the latter genre. Sure, you don't really know when a random monster encounter is going to pop up as you explore, but at the same time the ASCII aspect just comes across as "half-assed", in that sense. 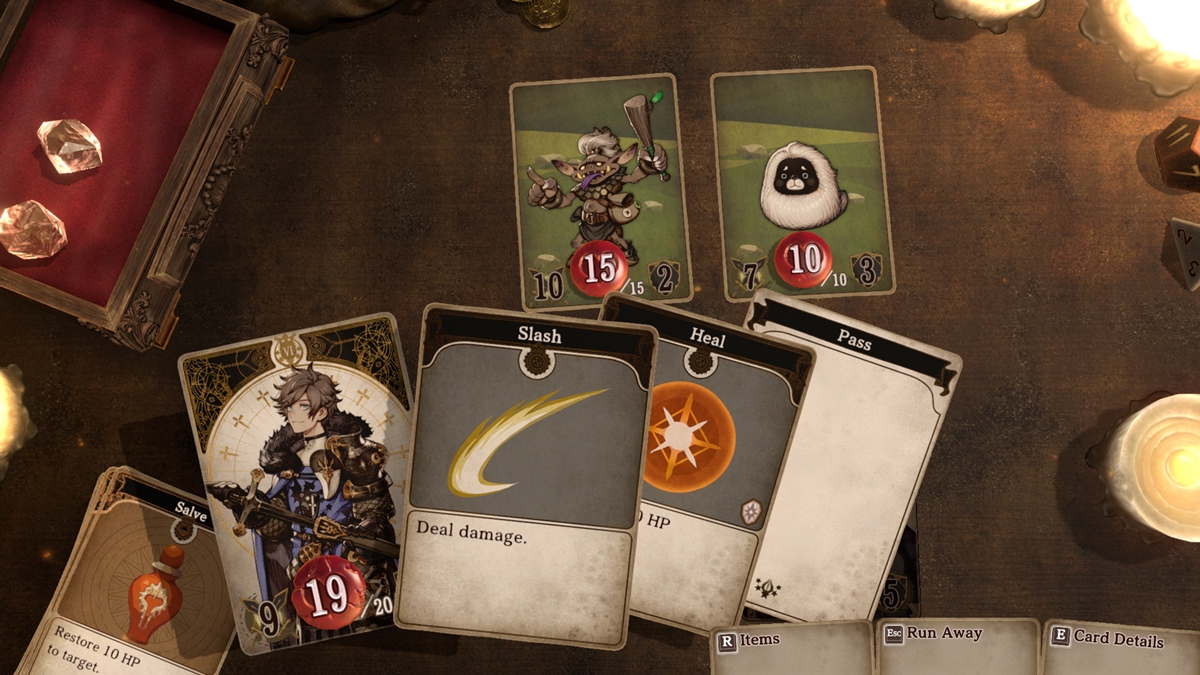 Speaking of monsters, spells and abilities, the combat is also a lot more simplistic than you might think, and that's a real downer. If you're like me and came in expecting a couple of interesting card concepts, the short answer is that you should probably look elsewhere for that.

It's not just that the cards themselves lack any really interesting interactions, but part of the reason why VoC's combat ends up being relatively dull is that it's way too easy. Case in point, if you spend time working on the various side quests that you come across along the way, you don't (or rather, won't) exactly feel the difficulty of the fights ramp up like you usually would for a JRPG or a card battler. As a matter of fact, the only time I actually felt that I might lose was against the titular dragon itself, and I hardly need to explain that having your so-called end boss being the only "challenging" fight does not bode well for a game's rating.

Granted, I can understand  wanting to focus on the narrative while featuring the card-based combat as a sideshow, but the general lack of complexity is so obvious and palpable that it's like I'm permanently playing with Hearthstone's Basic class cards.

As for the side quests, there wasn't anything about them that I would really write home about - it's just the usual grind that you find in most RPGs, except you don't even have the consolation of being distracted by "awe-inspiring environments" - like I said earlier, all of the game's cards are quite literally on the table. Outside of the combat, there's even less to talk about. You and your ragtag group of adventurers simply move (as a token on the play table) from one card to another, over and over and over again, interacting with the occasional dialogue option but otherwise doing typical RPG things. 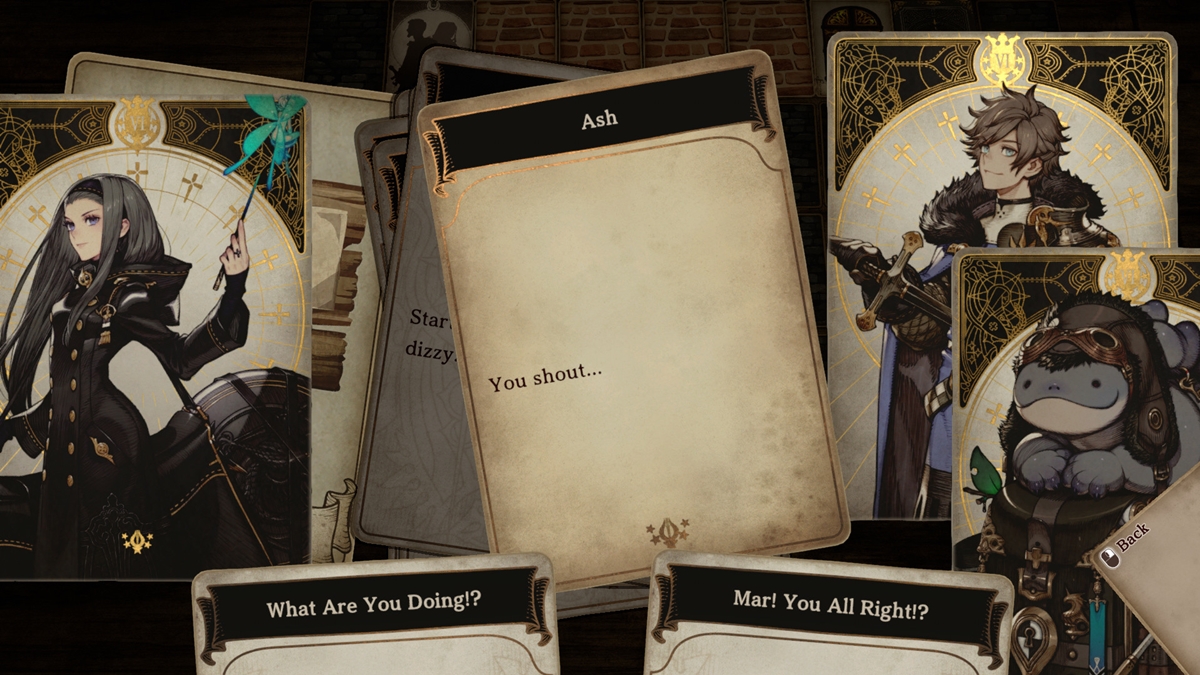 As for the one thing that could supposedly have saved this game, specifically its narrative - well, that didn't impress me, either. At least, not conceptually.

When you break it down into its core ideas, VoC is basically your standard hero-versus-villain narrative. You play as an adventurer who's been tasked to hunt down an evil dragon. However, you're not in it because of the whole "heroic ideals" thing or "justice" or any of that nonsense - you're there because the job pays well, so on and so forth.

Frankly, I can kind of relate to that - we all need to put food on the table, right?

Regardless, you set out on your journey with only one companion by your side at first, an oddly-huggable monster named Mar. As you progress, you'll encounter more companions who decide to join your bumbling crew, and I'll admit the banter does help to liven up this otherwise mundane game a little. As far as the narrative is concerned, this is probably the one thing that kept me trudging through, though at the same time I won't say that the game is worth playing simply because of it. At the end of the day, this is just that little ray of amusing sunshine that peeks out from behind the cloud of dull exploration and uncaptivating combat, and sadly, that's pretty much all that the game has to it.

It's more of a squeak than a roar 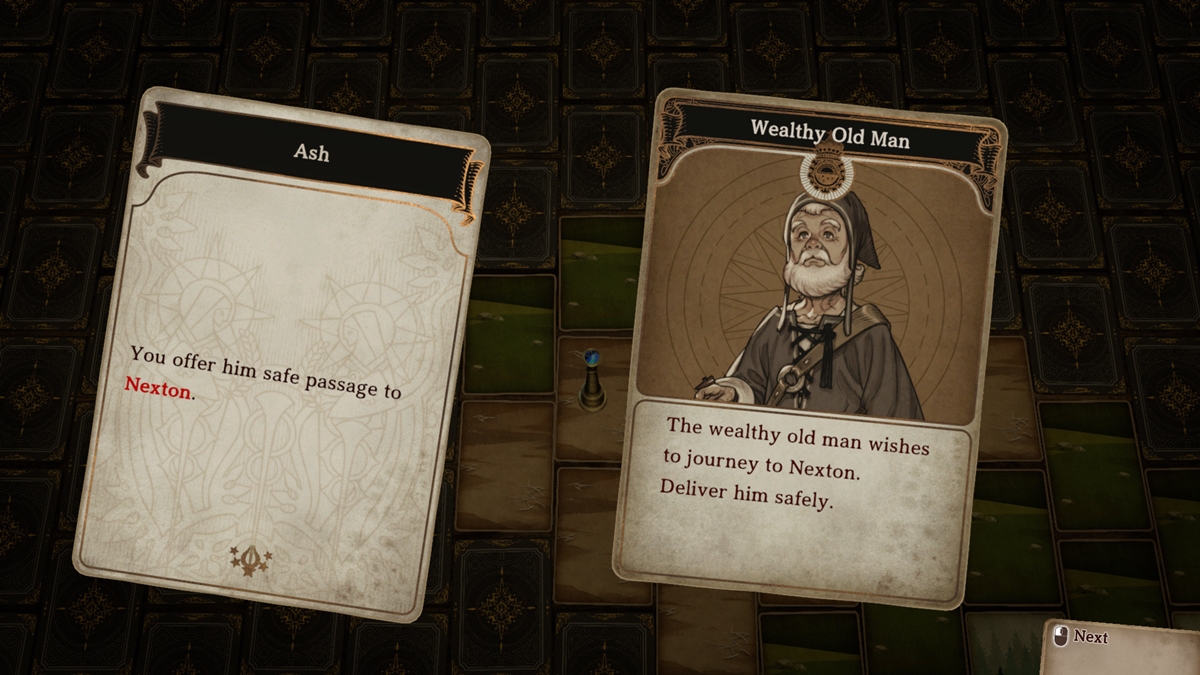 All in all, despite having a handful of novelties in terms of gameplay presentation and some amusing degree of character development, Voice of Cards: The Isle Dragon Roars largely fails to impress. Most of the aforementioned novelties quickly give way to a rather middling spread of JRPG offerings as well as an oversimplistic card-based combat system. It's the kind of game that tries to mix in a couple of spices to jazz up its formula, and yet other games out there are still capable of doing it better than it can. With that in mind, it might still hold some degree of appeal for JRPG "purists" or those who prefer such methods of storytelling, but for me, it's just a one-and-done game.

Write a Review
Compare This | Specifications
"Hybridised" style of storytelling is rather unique
The party's banter helps inject some life into the journey
Mar is officially the MVP
Gameplay quickly devolves into mundane repetition
It isn't outstanding in terms of visuals nor gameplay
Combat, while easy to learn is overly simple even at higher stages
Its narrative is well-worn territory
The title is rather...un-catchy
Our articles may contain affiliate links. If you buy through these links, we may earn a small commission.
Sponsored Links