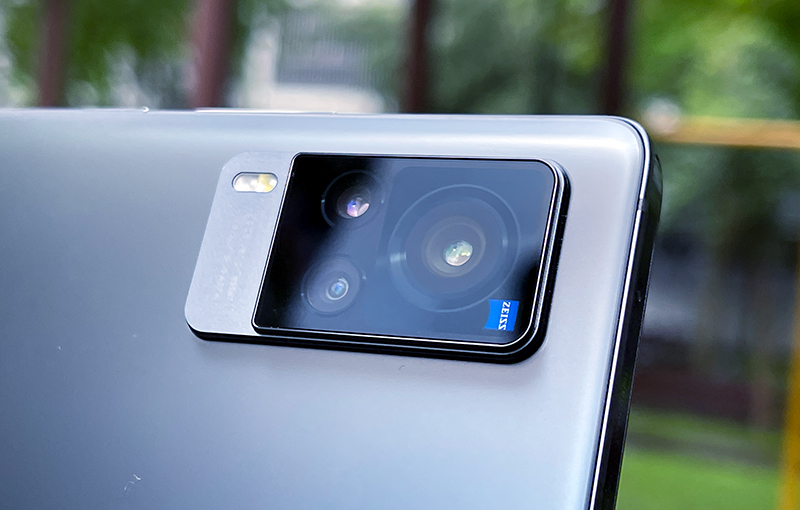 A selling point of the Vivo X60 Pro (and its other X60 devices) is the partnership with optics and imaging brand ZEISS. Vivo said that the ZEISS collaboration extends to “optical lenses, sensors, image processing, and other multi-modal features”, even though the brand was unclear on the exact ways ZEISS contributed to the X60 range’s imaging capabilities. 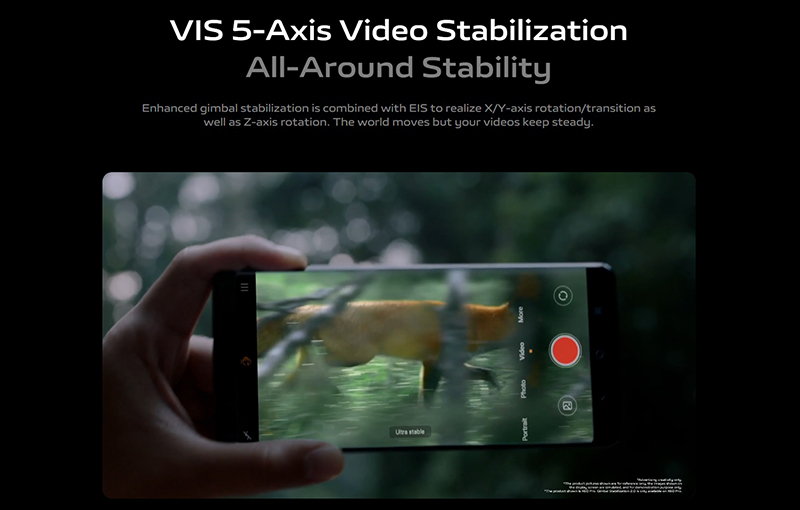 The enhanced system grants the user two stabilisation modes in videography - Standard Stabilisation and Ultra Stable. The latter mode locks your video recording quality at 1080p/60fps, but the stability it confers feels like a camera panning seen in a typical Marvel Cinematics Universe film. Here’s our sample test:-

While Ultra Stable truly works, we’re unsure how it can translate into regular use for the average phone user. The previous Vivo phone’s gimbal stabilisation tech was already practical enough. Ultra Stable’s added stability makes your recording feel artificial, though it does lend a more professional sheen to the footage.

That said, if you don’t have the X50 Pro, you’d definitely want to try the X60 Pro to understand why Vivo pushes the stabilisation feature so fiercely for this phone. If you’ve already tried or owned the X50 Pro with the gimbal camera, you’re not going to find it vastly different on the X60 Pro, save for the highly-situational Ultra Stable feature.

For comparison, we tried the same exercise with an iPhone 12 Pro Max. You’ll realise that there are no visible differences between the sensor-shift stabilisation on the Apple phone (shot on default 720p60fps settings) compared to Vivo’s Ultra Stable Mode. That’s not to say Vivo or Apple isn’t fantastic, but it emphasises how the second-generation technology isn’t as unique as Vivo made it out to be.

On to the camera test images! 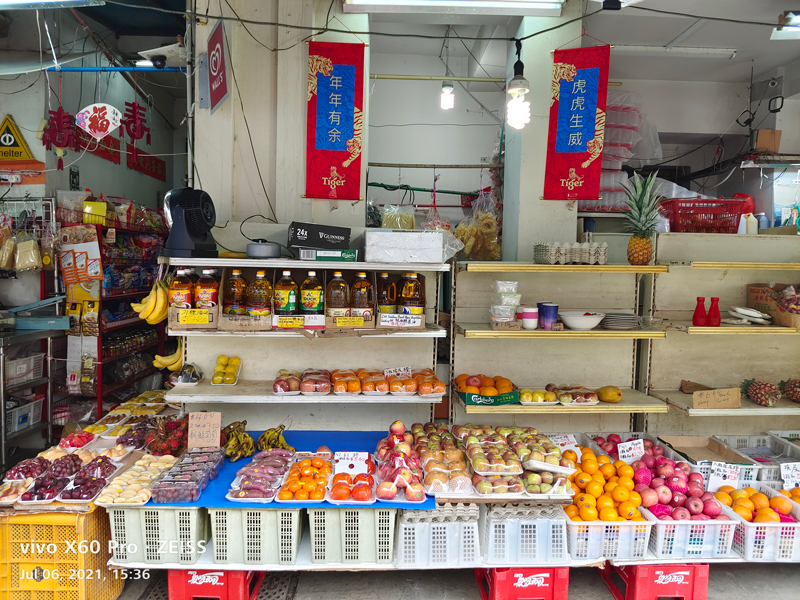 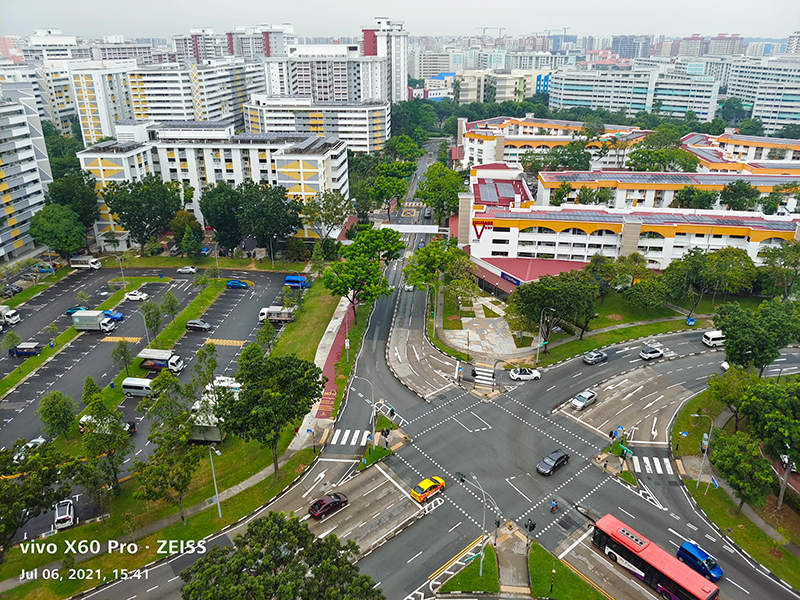 If you can excuse the sudden foggy weather (timestamped so you know it was shot in very bright daylight), the X60 Pro's main shooter does a decent job at getting nice shots in. It's a little flat in colour when comparing it to other phones of its price range, but we'd happily accept a main camera of this quality. 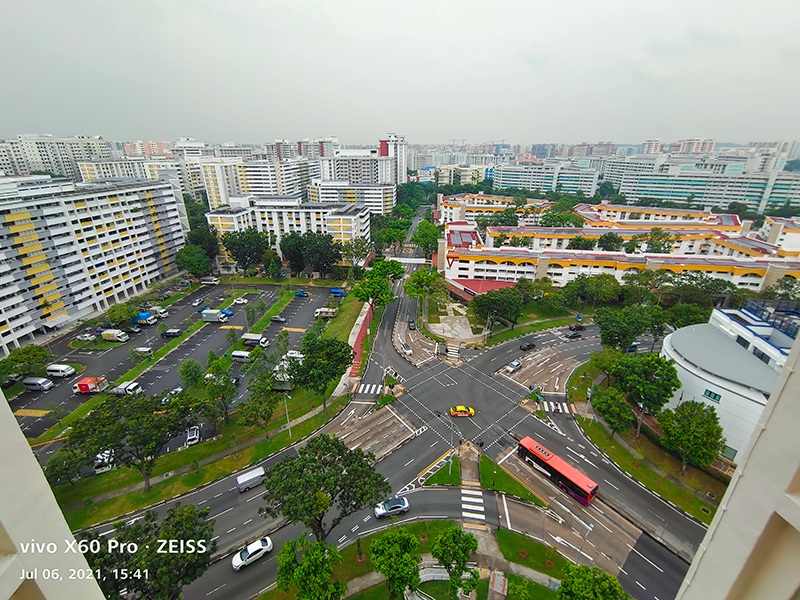 The ultra-wide camera is serviceable too, and it's capable of correcting fish-eye distortion to a pleasant degree. 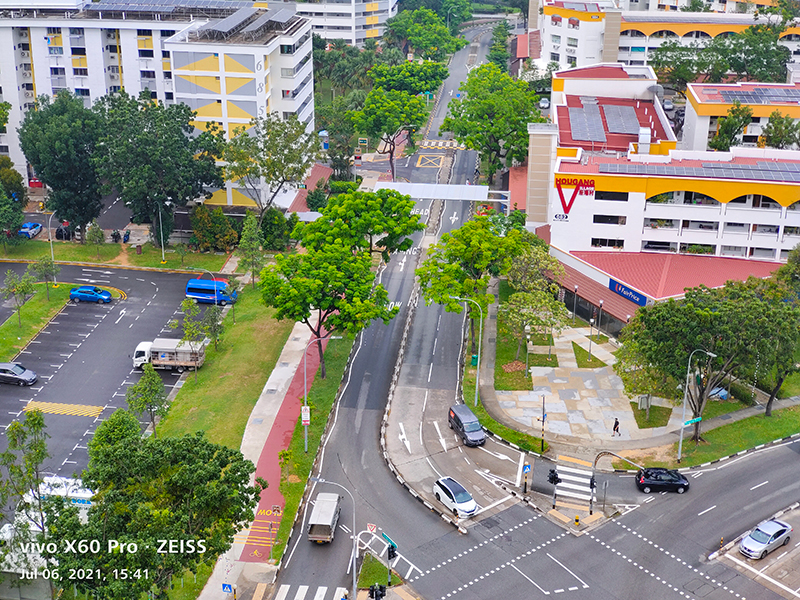 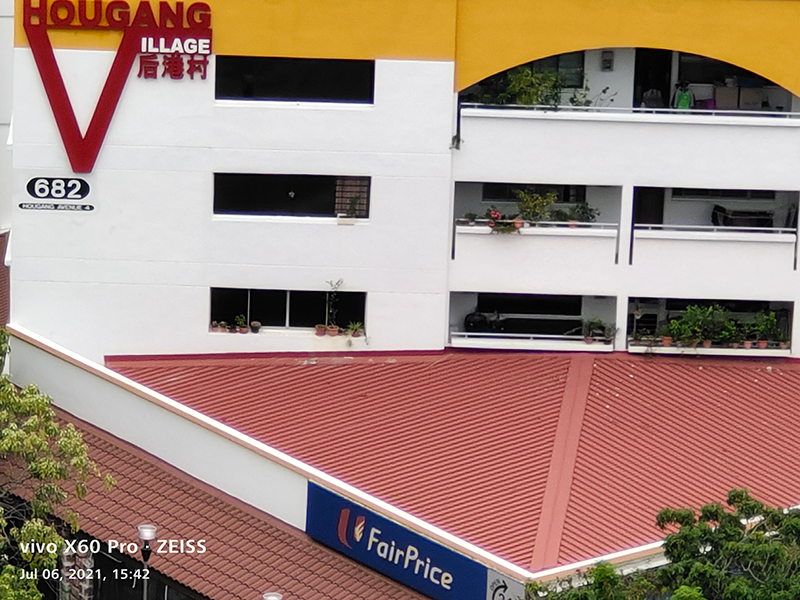 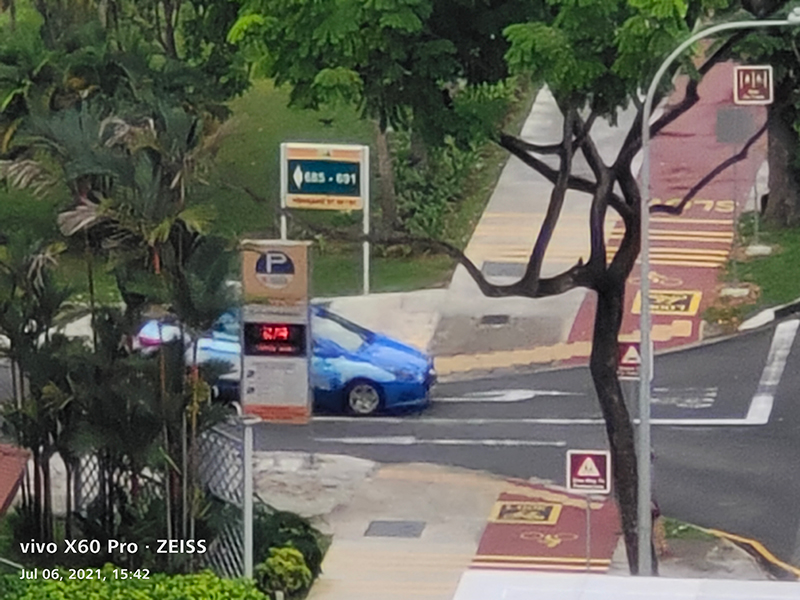 If you stick to its 2x optical zoom, the X60 Pro can also deliver quality images. However, it doesn't have a good digital compensation once you go beyond its optical zoom limits, like the 10x and 20x examples below. Sure, the gimbal helps, but the photos get grainier the further you venture. 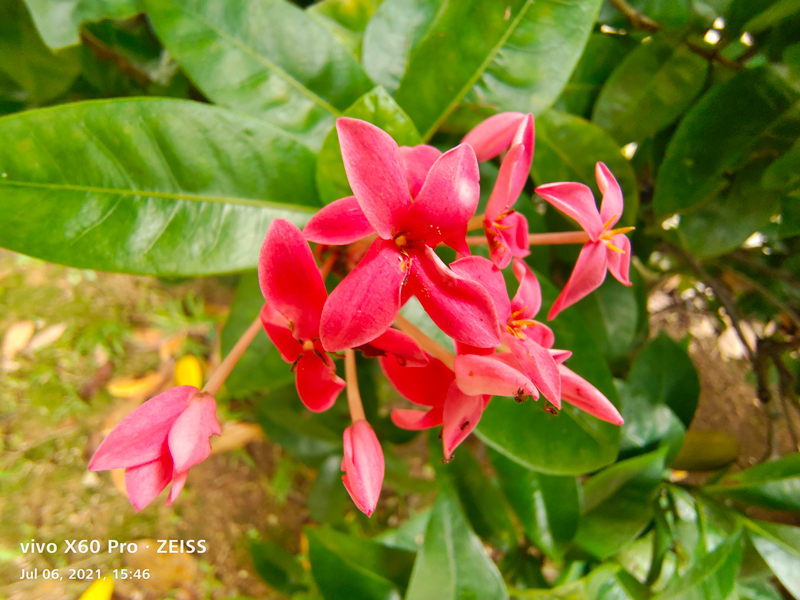 2.5cm focusing distance is just too little to work with. That said, the macro images it can take are quite pleasant, save for a few hitches like getting it to focus right and the general digital treatment it adds to bring out details.

All in all, X60 Pro's imaging system is responsive, pleasant to use, and produces decent images. It's not something to write home about, but the cameras can offer the shots you want if you can tame the gimbal. We did feel like Vivo oversold ZEISS's involvement in its cameras, though. 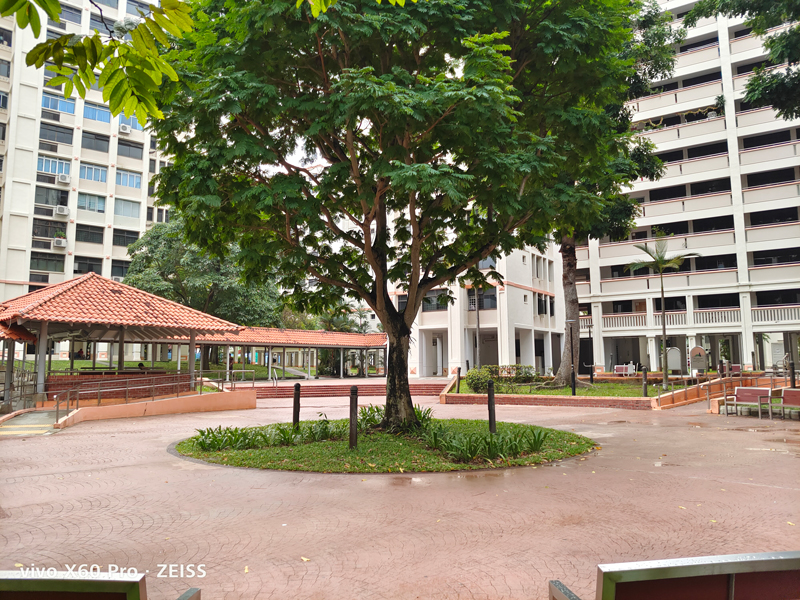 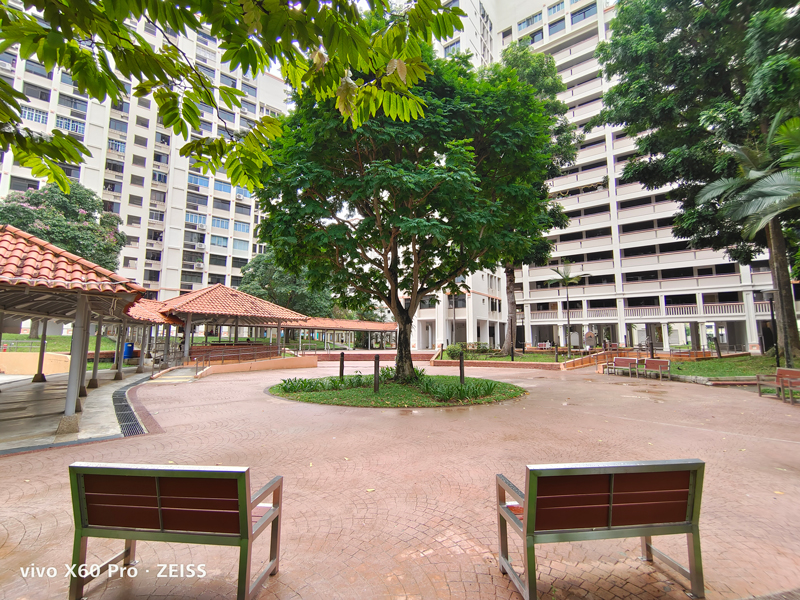