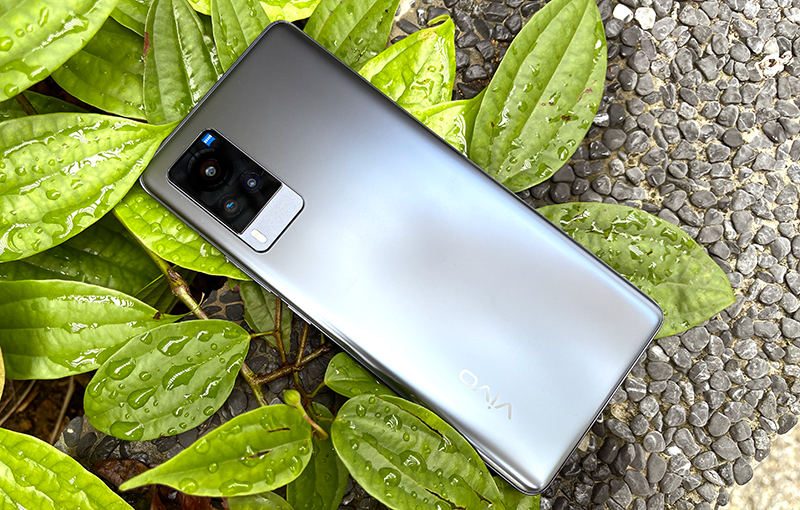 This 5G-capable phone is also getting a spec bump from mid-range chipset previously to the Qualcomm Snapdragon 870, which was built on the same architecture that made last year's flagship-tier Qualcomm processors. Even though it's not Qualcomm's true flagship Snapdragon 888, Vivo said that using SD870 gives it 10% higher CPU and GPU performance than the SD865, which also ties in with our understanding as reported here.

Other perks are its edge-to-edge AMOLED display with 120Hz refresh rate and 240Hz response rate, on top of 33W FlashCharge fast-charging for its 4,200mAh battery. Together, the Vivo X60 Pro sounds pretty good on paper, right?

Not really. Its price of S$1,199 asks a lot out of its customers to choose it over other 2021 Android models with true flagship components within the same price range. Vivo has to contend with models like the Xiaomi Mi 11, ASUS ZenFone 8, and the base version of the Samsung Galaxy S21 if it's going to convince you to part with your money.

Can the Vivo X60 Pro even keep up with all its features, especially with an updated gimbal system for its camera? Let’s find out. If it’s not broken, why fix it?

Vivo decided to re-use the ultra-thin design on the X50 Pro, with the Vivo X60 Pro on hand at just 7.59mm thin (Shimmer Blue is apparently slightly thicker, but we don't have that colourway on-hand to confirm). As a result, it’s easily the slimmest phone we’ve handled this year - so much that snapping on its included jelly phone case kept its thin look and feel. 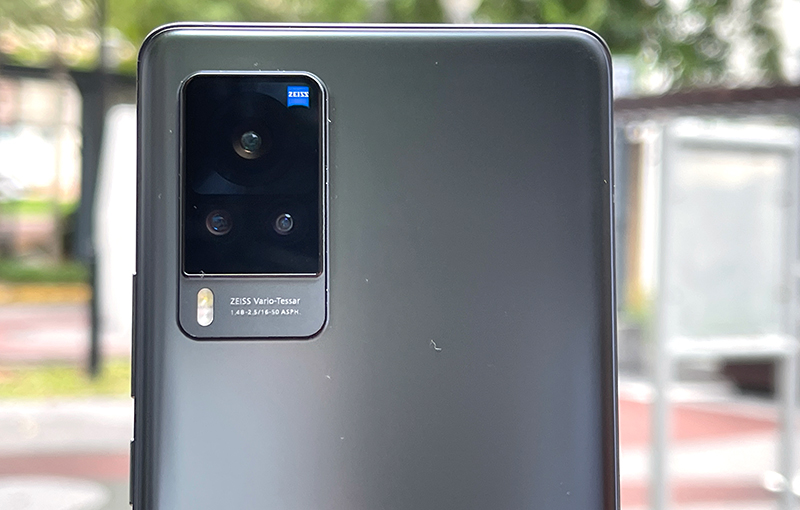 On the rear is a plastic-based frosted finish design. We liked how Vivo kept the camera housing so thin that it’s almost naked to the eye - there’s only a visible rim around the glass that protects and houses all the other cameras (unlike the Xiaomi Mi 11 Ultra). This also offers a flushed surface between all the rear lenses, unlike other rear phones' cameras with individual rims for each lens (iPhone 12 Pro Max) or slightly depressed lenses (Samsung Galaxy S21 series). The phone not only looks lithe, but it feels slim in hand too. If we had to nitpick, the bezels at the bottom are very slightly thicker, but it doesn’t affect the phone’s functionality or use. Like its predecessor, the rear is also resistant against fingerprint smudging, and the button placements are all identical. Your power/lock key and volume rockers are to the right, and the bottom row of ports, card slots, and speaker grille are also very identical. Beyond the 0.4mm saved, the Vivo X60 Pro is similar to the X50 Pro in build and appearance. In general, we have no complaints about its physicality. The Vivo X60 Pro has a 6.56-inch AMOLED display with a resolution of 2,376 x 1,080 pixels (FHD+). It also has a refresh rate of 120Hz. The panel quality is similar to the ASUS ZenFone 8 and Samsung Galaxy S21/21+ phones, but note that there are also true budget flagships that cost less such as the Xiaomi Mi 11 that offers a higher resolution AMOLED panel (1440p) and at the same refresh rate.

Having a lower resolution panel above 6.5 inches isn’t noticeable unless you have a 1440p phone of similar size at hand to compare. That said, the colours are astounding (expected for an AMOLED panel) and are well-calibrated out of the box. The bezels lining the display are uniform on all sides, and the middle notch for the front camera is barely noticeable during use. X60 Pro gets this right and attention to little details like that favour its premium design language. The single, bottom-firing speaker quality cuts close to mediocre, and it’s certainly unexpected for a flagship-lite device asking for S$1,199. Comparatively, it’s less impressive than the Mi 11 and ZenFone 8, and those two already pale next to the Oppo Find X3 Pro.

The audio is muddy. The lack of separation is reminiscent of single-side, in-ear headphones for driving from the early 2000s. Not having dual speakers plays against the quality X60 Pro wants to serve because it becomes evident that you only hear audio on one side of the device when you watch videos in landscape mode. Some phone makers would make the call speaker double up during media playback to provide stereo sound or a more balanced experience, but the X60 Pro doesn’t do that. For the first time in a while, we actually have to penalise a phone for its audio quality, especially for the price it commands.

If you’re not big on built-in speakers, this flaw doesn’t affect your usage if you opt for wireless earbuds or headphones. 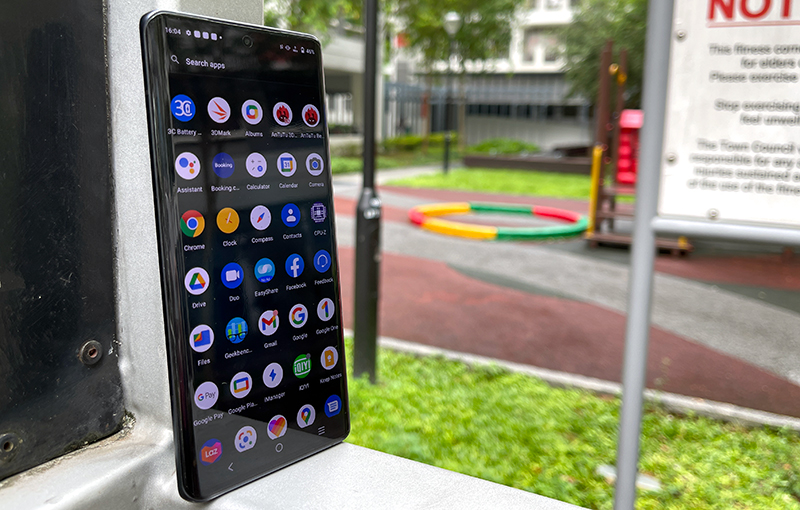 The UI leans towards stock Android, opting for a cleaner look that feels well-spaced and neatly aligned. That said, it still misses out on the minor details. Some elements are divorced from its overall design language - for example, the volume slider and brightness slider would still be stock Android’s dot-and-slider combo. They don’t quite match the chunky, white tabs in the Notifications menu.

Also, the ‘dot’ representing current brightness uses a different icon when you go into Settings - as seen above, it's just a regular old dot at the Notifications pull-down menu, but it’s a tiny sun icon in Settings. These mismatches aren’t deal-breakers, but we certainly expected more polish for a phone competing in the four-figure price category.

A nice built-in utility app is iManager, where Vivo provides you with a snapshot of your apps installed, battery, network speed, storage use, alongside a host of one-tap optimisation features like Game Mode.

Some of the other built-in apps pay a tiny homage to other more established versions - like the Compass app, which is clearly a clone of the iPhone’s, and a Likee app that’s basically a TikTok clone.

There’s also at least one advertisement app pre-installed (the Vivo app, which basically brings you to its smartphone sales page). It can’t be uninstalled through normal means, but it’s not very intrusive since you can tuck it deep inside the App Drawer. The Likee app is much more repulsive- it also draws your attention with ad-like overlays and dialogue boxes that appear on top of anything else you may be up to. It’s very jarring and highly unwelcomed, but fortunately, it can be uninstalled.

If you’re a fan of FunTouch OS, you’ll surely enjoy how much neater the UI currently feels. Old but useful features, like displaying real-time network speed (under Settings > Display & Brightness > Status Bar), are still around.

Other features of the Vivo X60 Pro are its in-display fingerprint sensor, NFC support, Dual nano-SIM slots (with no microSD card tray), all work as intended and are must-haves for its premium positioning.

Is the feature set perfect for a phone that’s up against budget flagship rivals? No - at least, not without IP-rated waterproofing, a feature also missing on the Xiaomi Mi 11, yet present on a Galaxy S21/S21+ and ZenFone 8.