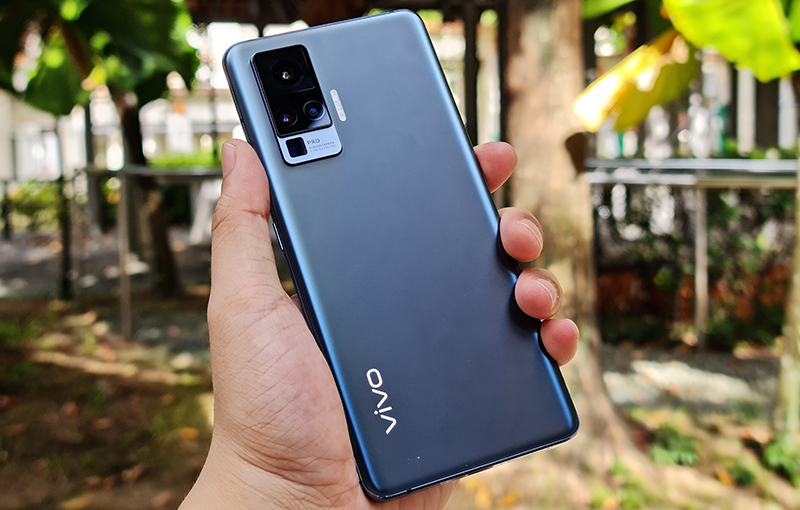 With so many Android smartphones crowding the market, these devices are starting to look the same to users. Sometimes, even the components are hardly different since manufacturers would tend to source parts from reputable providers. These similarities are more pronounced when phone users are shopping around the mid-range tier of mobiles, where it’s typically a bloodbath mired in an all-out price war.

Wait, didn’t Vivo already have a mid-range, 2020 smartphone in Singapore? Well, that’s for competing with other mid-range phones. The X50 Pro touts a different set of features and components that sets it apart from others, but at a slightly higher premium entering flagship territory. On the X50 Pro is a 6.56-inch AMOLED display with 90Hz refresh rate, and powering the 5G-capable phone is a Qualcomm Snapdragon 765G chipset that’s half a tier above other middle-level alternatives we have here.

Hang on - we already have ~S$1,000 devices with true flagship processors, like the OnePlus 8. So why is Vivo asking for S$1,099 for the X50 Pro? That’s because the phone has something no other 2020 mobile has - a mechanical gimbal system for its primary 48MP rear camera. According to Vivo, it’s a real gimbal inside the phone, and it’s 200% more effective than regular Optical Image Stabilisation at mitigating blurry, unfocused shots. For folks who are particular about phone camera performance, the gimbal sounds like a big deal.

So, will the Vivo X50 Pro be able to convince phone users that it’s worthy of its S$,1099 street price? Does the gimbal work better for photography, or is it just some feel-good gimmick? Where does it truly sit on the scale ranging from mid-range to high-end mobiles? Let’s dive in. 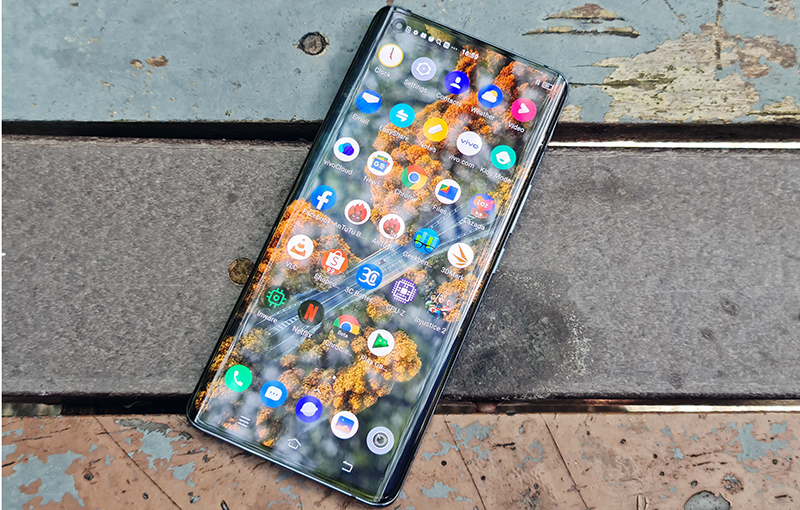 Vivo placed considerable effort in creating a premium-looking phone despite its interesting categorisation. The glass panel on the front features slightly curved edges on its sides, similar to many high-end smartphones launched this year. Other design cues also include its metallic rim with subtle antenna bands, a minimalistic cut-out for the front camera, and the use of an in-display fingerprint sensor. What we like most, however, is the 8.04mm thickness which felt way slimmer in hand. 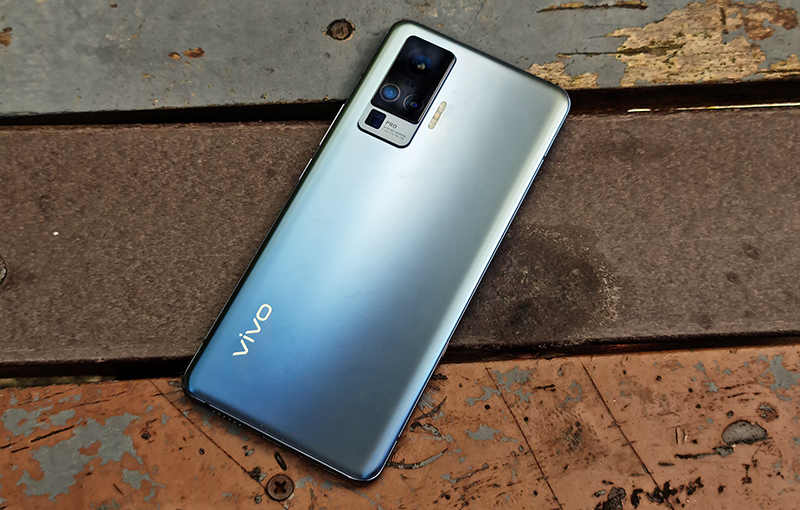 The X50 Pro’s rear features a clever design trick. Despite its plastic casing, Vivo decided to use a diffused finish for its rear, akin to frosted glass. It gives the surface a metallic look while cutting back on fingerprint smudging. 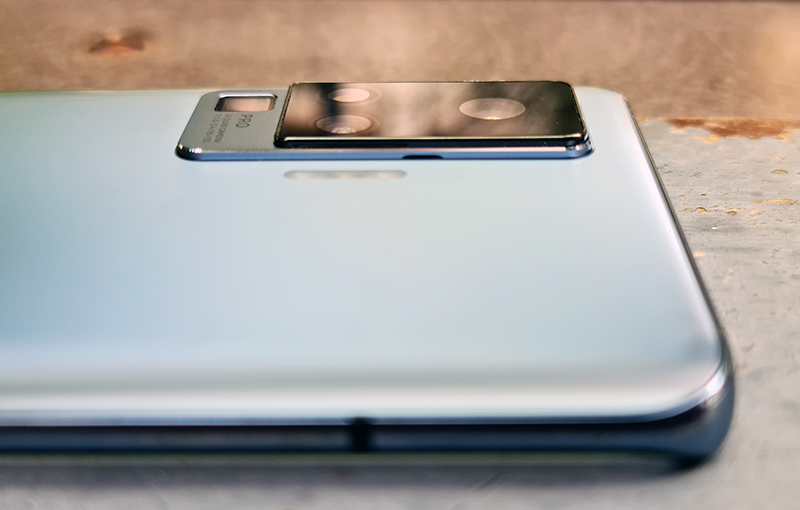 Even though the phone uses a gimbal system for its rear camera setup, Vivo managed to keep the X50 Pro’s lens housing at just 0.3mm above the rest of the phone. The lens housing is not as pronounced as those found on the Samsung Galaxy Note20 Ultra, Huawei P40 Pro+, or the Oppo Find X2 Pro handsets. Also, Vivo kept the housing’s edges clean and straightforward. The other three premium flagship phones mentioned above adopted chamfered edges for their rear lens housings, which visually emphasised the protrusion. It makes the X50 Pro more impressive because the gimbal system it boasts is a mechanical one when additional components tend to make phones thicker than they usually are. 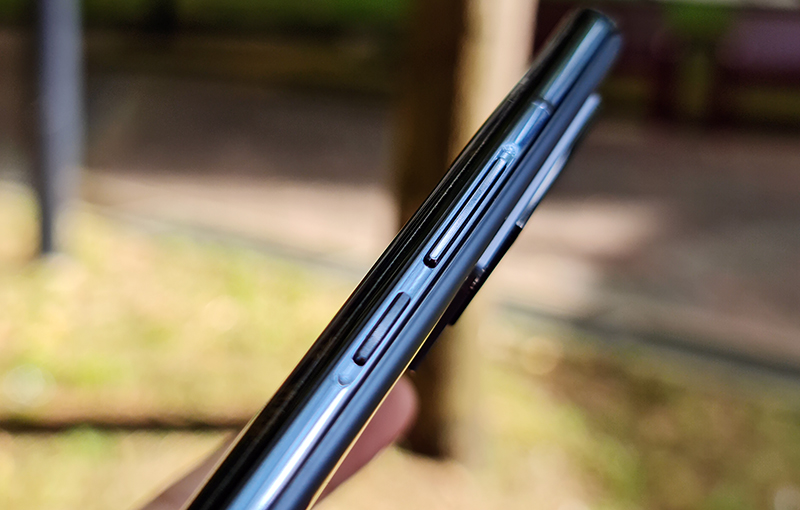 Like the V19, Vivo’s X50 Pro’s volume rockers and power/lock button sits along the right-sided border, where our fingers would naturally rest when holding the device. Unlike the V19, the X50 Pro comes with NFC, giving it a leg up against cheaper mid-range devices that usually do not come with this increasingly important feature. 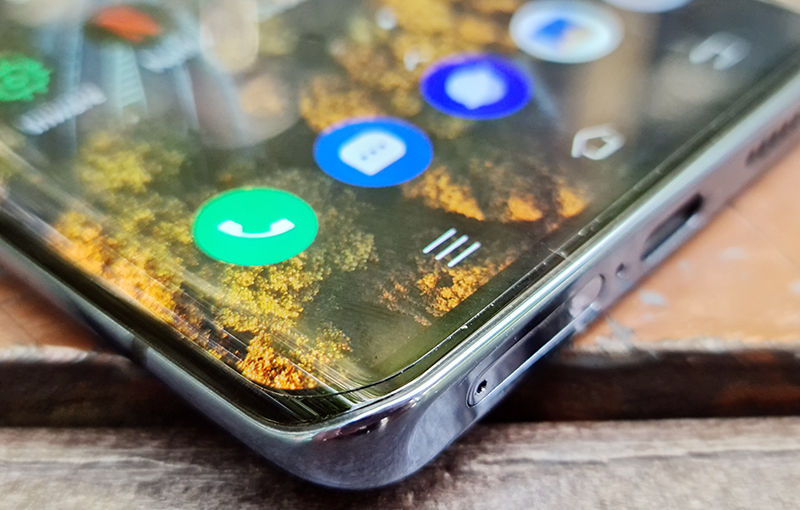 Of course, the X50 Pro falls short in some areas. One, it lacks expandable storage via MicroSD card, instead offering a dual nano-SIM tray. Two, IP-rated water resistance is absent, which is not a good look next to uninspiring mid-range phones like the Sony Xperia 10 II. Finally, it also lacks a 3.5mm audio jack. We’d usually close one eye for such shortcomings. In the X50 Pro’s case, it feels as if they’ve forgotten about their V19, which offers both expandable storage and a 3.5mm audio jack despite being nearly half the X50 Pro’s price. 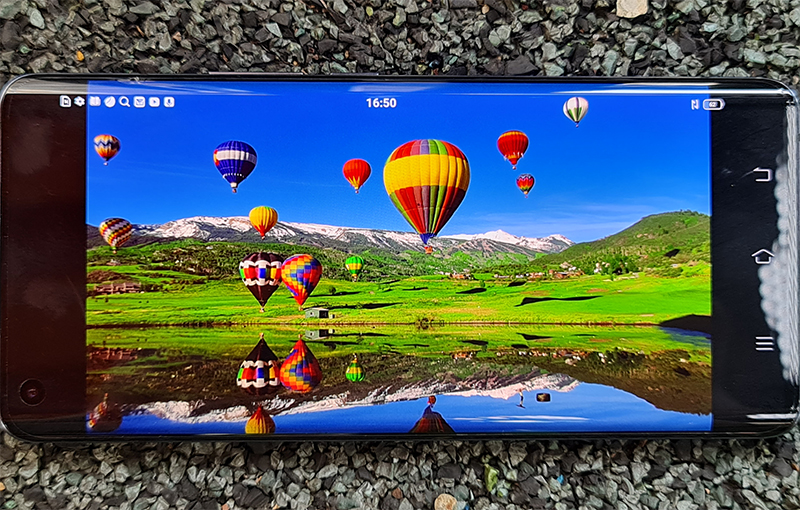 The Vivo X50 Pro uses a 6.56-inch AMOLED display rated at 2,376 x 1,080 pixels resolution, giving us a pixel density of almost 398 PPI. It also has a heightened refresh rate of 90Hz. Topping it off are other features, like its DCI-P3 colour gamut, support for HDR and HDR10+, and eye protection functionality. As it stands, the panel’s specs are identical to the one found on the regular OnePlus 8, with the OnePlus phone having a slightly smaller 6.55-inch screen. We had no issues with the display quality since it rendered our test image and other content nicely. 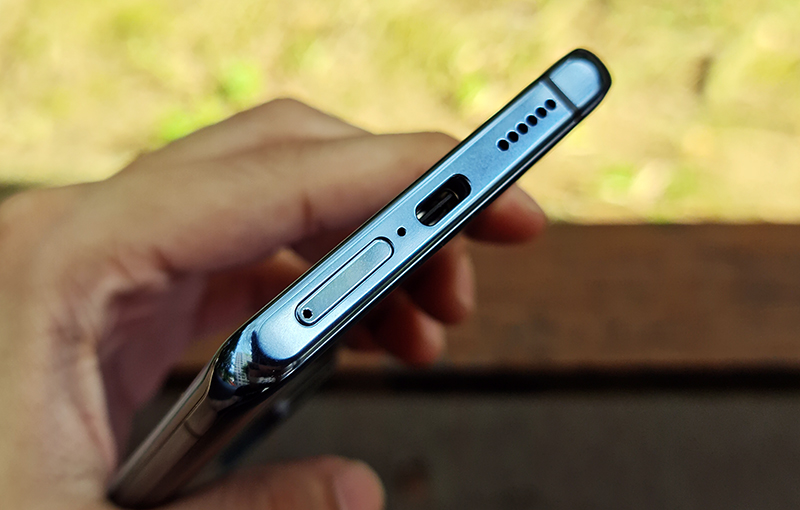 The phone’s single firing speaker is located at the bottom edge of the device, next to its USB Type-C port. The audio quality is, sadly, unsatisfying for its asking price. While it’s serviceable, it has neither the clarity nor the distinct frequency separation required for enjoyment’s sake. Songs are muddled and bloated when played back, which is not ideal even if we choose to peg the X50 Pro against mid-range devices. Perhaps Vivo was counting on its users being responsible enough to always use personal audio gadgets in public, like true wireless earbuds or headphones, instead of their loudspeaker. 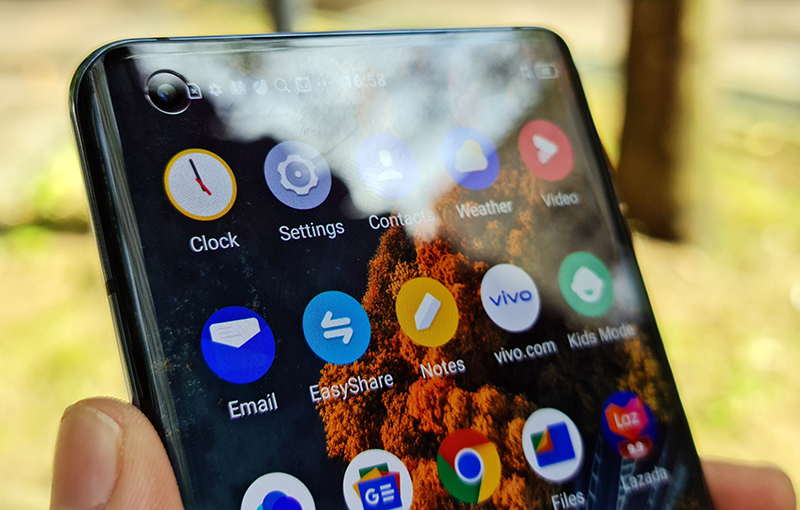 The Vivo X50 Pro relies on its proprietary Funtouch OS reskin that sits above its Android 10 operating system. By default, the phone packs app icons in rows of five, as opposed to the Vivo V19’s four-apps-a-row configuration. Otherwise, the Funtouch user interface experience on the X50 Pro is identical to the V19. It bears many similarities to Huawei’s EMUI with its choice of colours and aesthetics.

The X50 Pro’s in-display fingerprint sensor works fluidly and securely, with near-instant recognition whenever the correct finger was applied. Then again, it would be remiss for the X50 Pro to exclude a sensor like that, given that the V19 has one. Facial recognition felt a little less secure since the phone was unlockable even when I had a government-issued face mask on. The device still locks other users out just fine.

The X50 Pro has NFC, making it compatible with a plethora of cashless payment methods. Many mid-range phones lack NFC - if you wanted that feature, you’re forced to choose between a Google Pixel 4a and Oppo Reno4 Pro. If both alternatives do not satisfy, then you’d be looking at flagship and premium flagship phones instead. So, an NFC-capable phone in between these two categories helps to widen the choices our phone users have here. 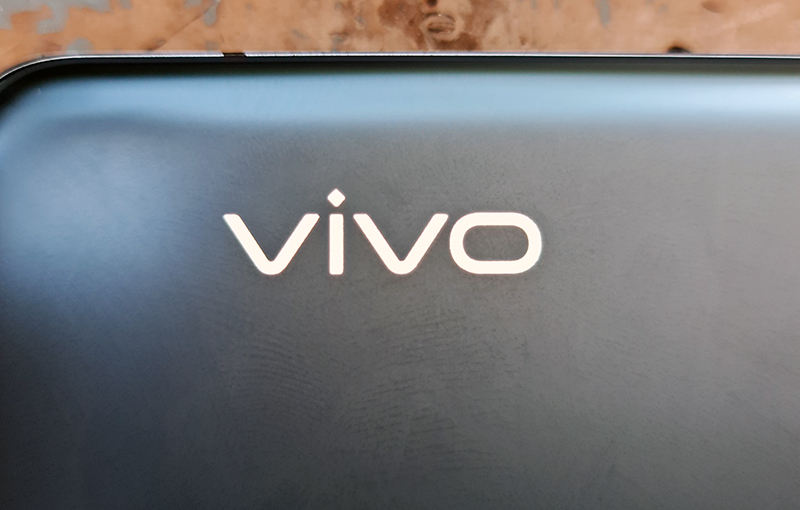 Finally, the chipset in the X50 Pro makes it 5G-ready. With 5G trials for phone users now in Singapore, the X50 Pro would be somewhat affordable for users who are eagerly waiting for the connectivity to go fully live. Of course, your alternatives at this price range would be the OnePlus 8 duo, the OnePlus Nord, Huawei Nova 7 SE, and several Xiaomi Mi 9 or 10 models. There’s no shortage of 5G-ready alternatives at this point, so X50 Pro’s 5G capabilities are also par for course, like it having NFC.

Despite these bonuses, we’ve also mentioned how the X50 Pro lacks some mid-range or flagship basics, like a 3.5mm audio jack, having no IP-rated water/dust resistance, and lacking expandable storage option.

Write a Review
Compare This | Specifications
Decent design
Good display quality
Effective gimbal for stabilisation
Excellent imaging quality
Decent all-round performance
Value decision based on priority vs. compromises
No 3.5mm support
No expandable storage
No IP rated waterproofing
Our articles may contain affiliate links. If you buy through these links, we may earn a small commission.
Sponsored Links