Recall, again, that tagline of vivo's: "Camera + Music." The V7+ certainly brings some good guns to the table, with a 16-megapixel shooter on the rear, and (gasp) a 24-megapixel one on the front, which is trumpeted on the box.

But when we see numbers like these, we immediately look for gotchas. Here they are: the main shooter has a ho-hum f/2.0 aperture, no optical image stabilization, and minuscule 1.0-μm pixels, while the selfie camera is f/2.0 as well (we dare not imagine the pixel size). And such a seemingly powerful me-cam could have done with a front-facing flash, as may be found on some competitors' products.

Beginning with the main camera: well, it certainly produces images that are in keeping with this type of specification. A recurring problem with high megapixel count cameras on lower-end phones is that on top of having small and noisy sensors to begin with, they also possess smaller lens apertures, which reduces the light they take in, forcing the camera to resort to higher ISO values - which in turn leads to even more noise. The net result is that images taken in the best light are fine and dandy, but when you bring phones like these indoors, the noise quickly ramps up and starts playing havoc with detail and color accuracy, as you can see in the indoor shots of fruit and vegetables below: 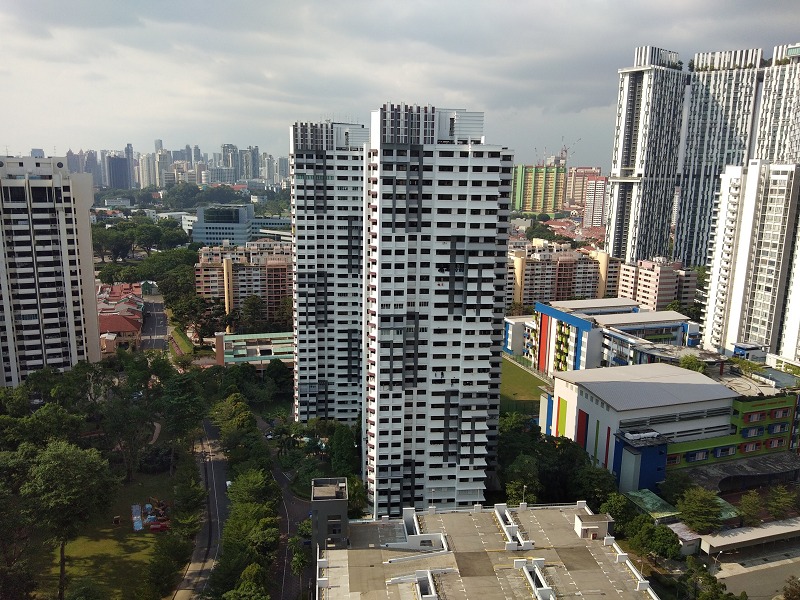 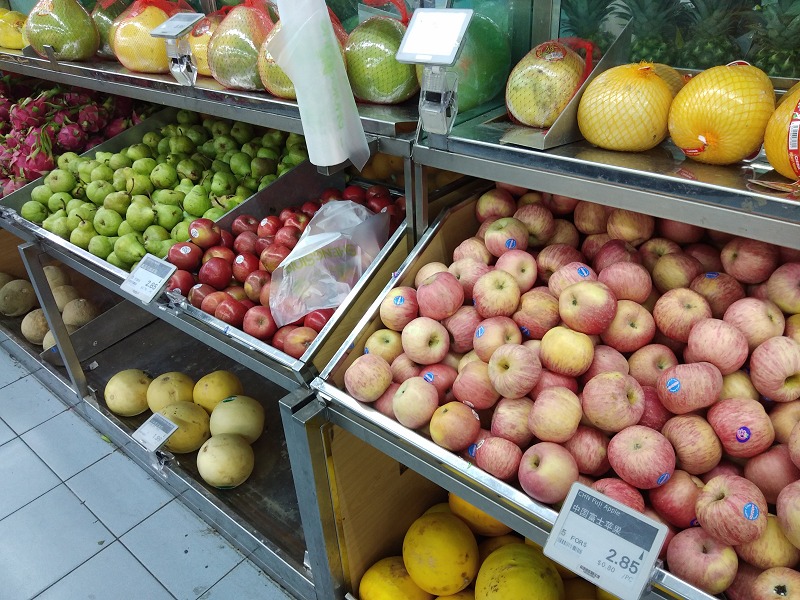 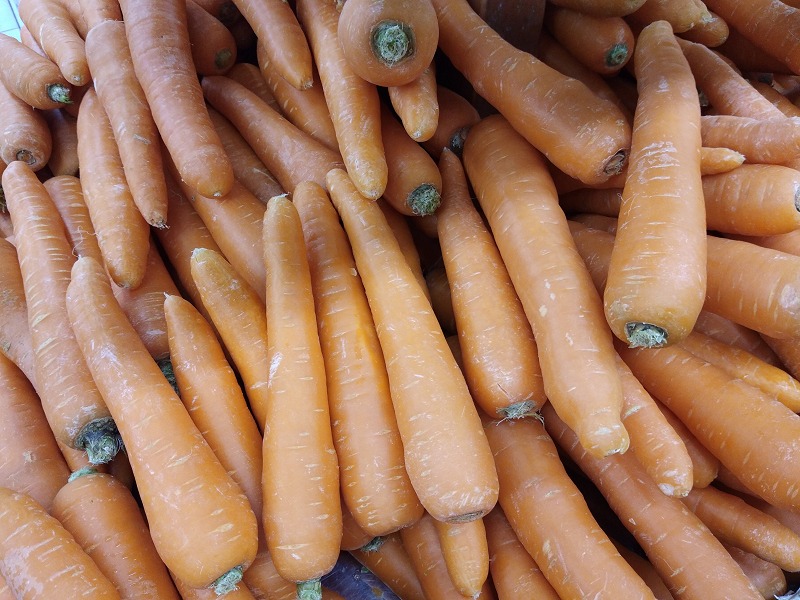 By the same token, handheld night shots are predictably underexposed, which is necessary to keep the noise-fest (and movement blur) within acceptable limits: 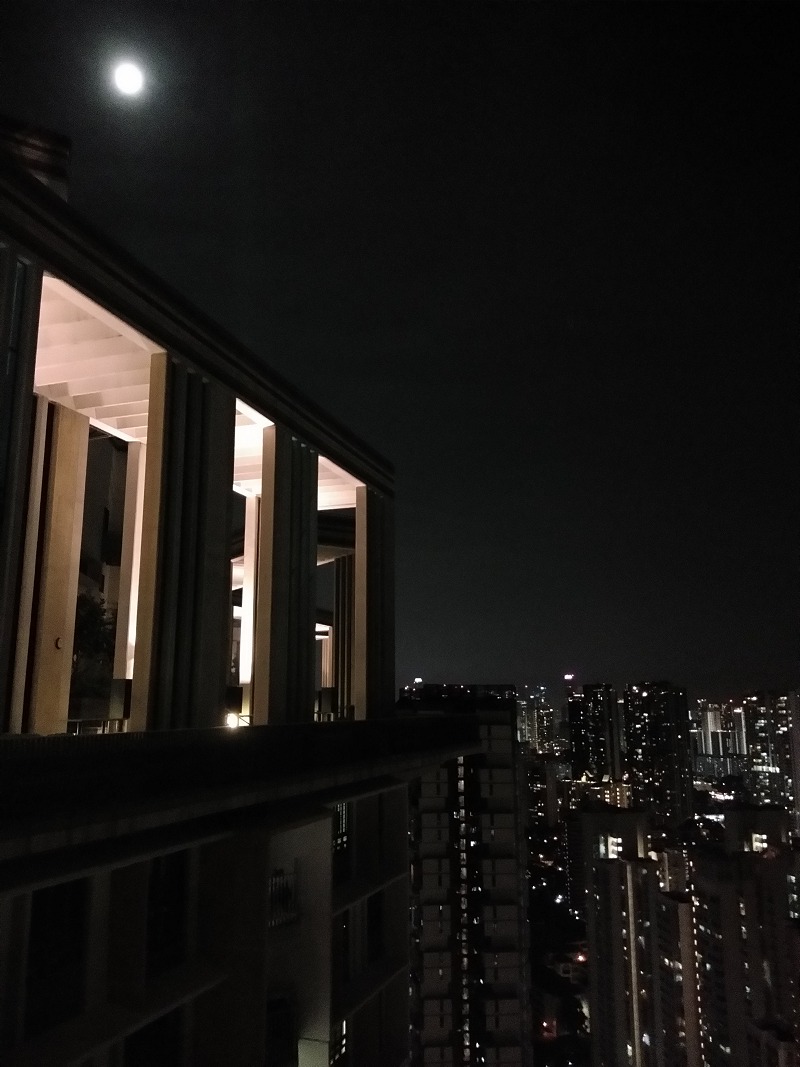 Hey, at least the lens is pretty sharp into the corners, and vivo does attempt to save the day with a manual mode that packs adjustable shutter speed and ISO. These manual adjustments allow you to create some decent long-exposure night landscapes that will impress your date - if your date night involves the likes of Dawson or Duxton:- 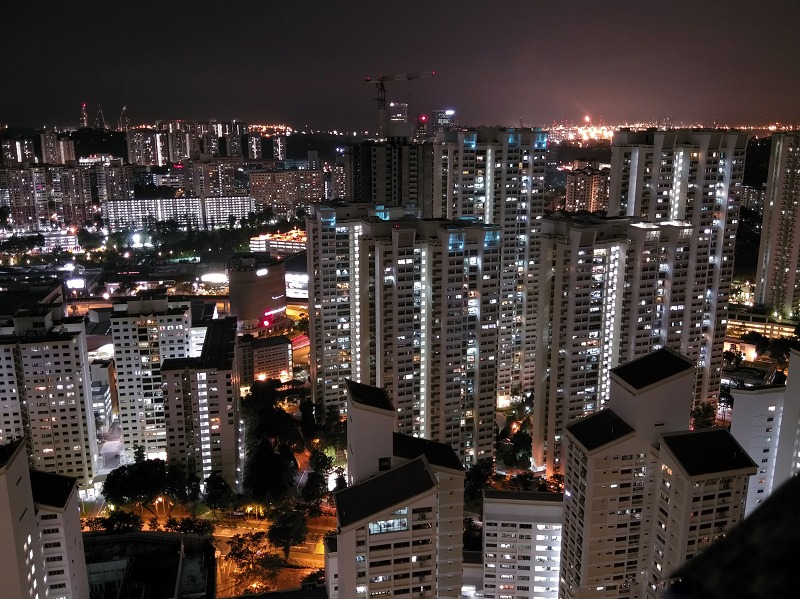 And what of that vaunted selfie cam? First, prepare yourself for this reviewer's less-than-Johnny Depp mug: 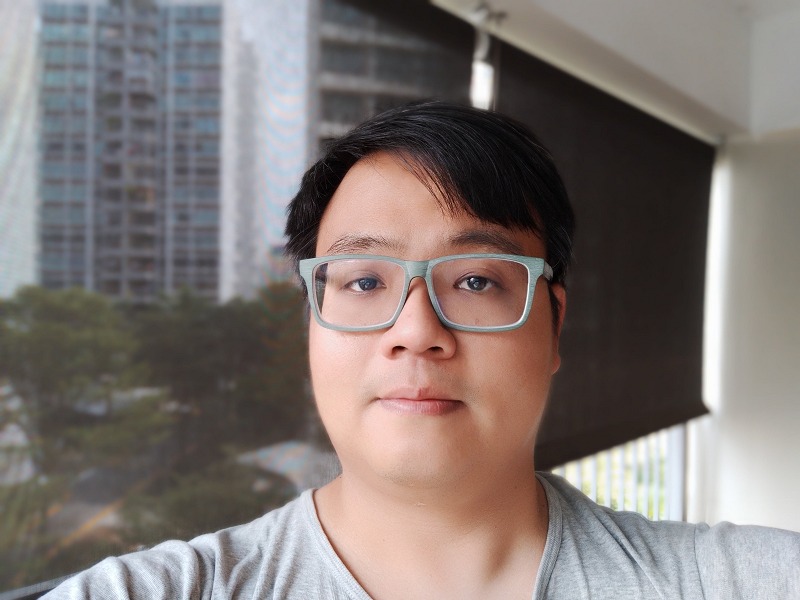 Those extra pixels do make a difference - but not a lot, given that we've seen great results from mug-shooters with far fewer pixels. The usual complement of beauty modes and tweaks applies as well: 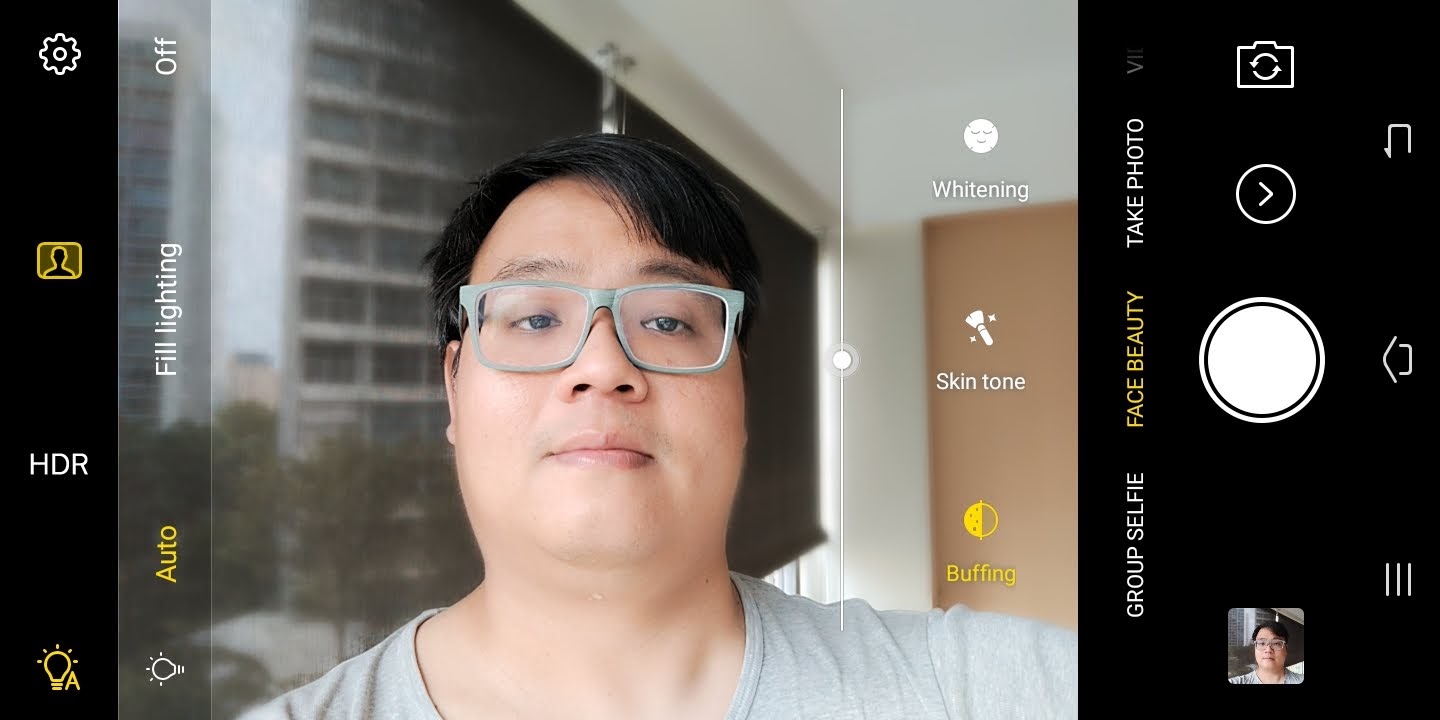 The camera interface is yet another area where Funtouch OS's inconsistent workings rear their ugly head. For example, while the manual mode came in handy for long exposures, the self-timer can't be used in that mode, so you'll need to barely touch the (on-screen) shutter button, or you'll shake the phone and blur the image. There was also an Ultra HD mode, which we assumed takes photos of extremely high resolution, as on its Oppo cousins. Alas, it couldn't be made to work properly and crashed the camera every time we attempted to use it. 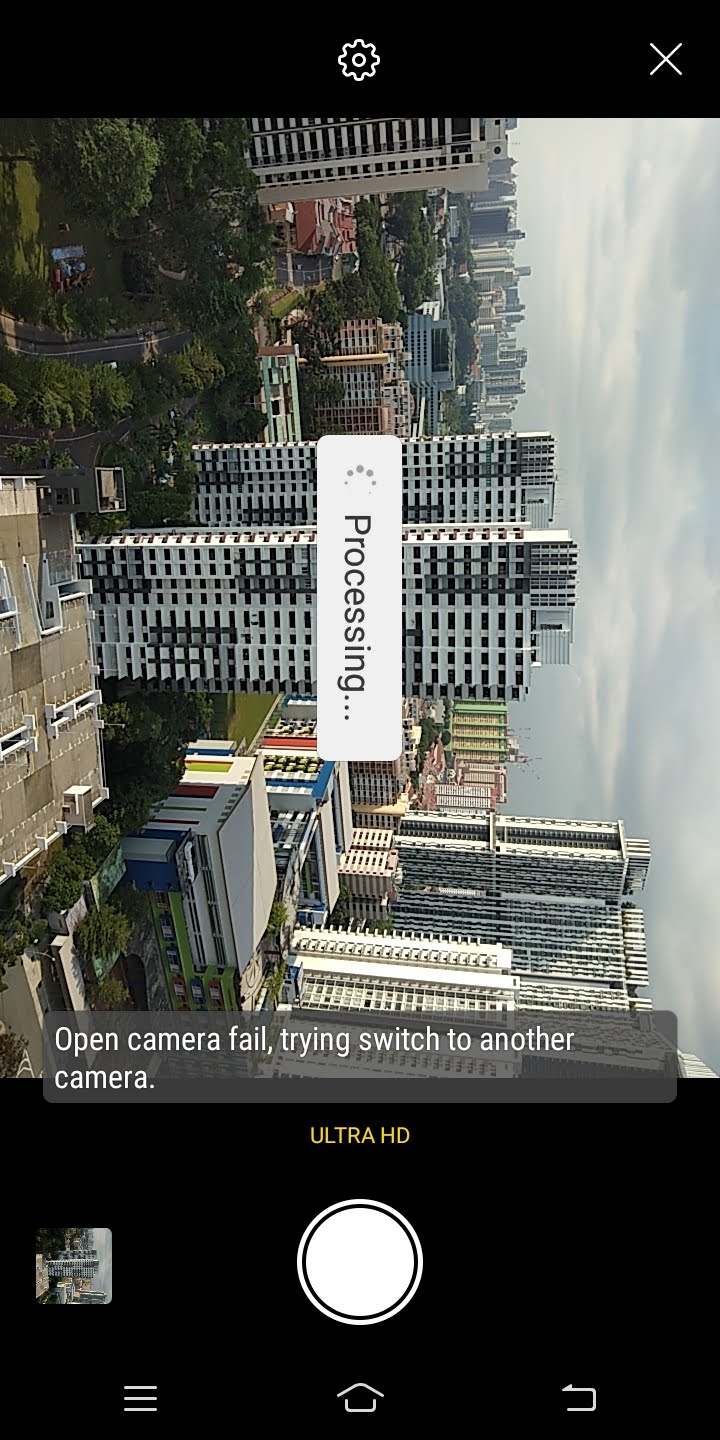 Again, we can't help but think of competitors at this price point. The Redmi 5 Plus wisely keeps its rear pixel count to 12 megapixels, and packs much larger 1.25-μm pixels into the bargain. We think vivo might have gained far more from swapping the front and rear cams, since a 24-megapixel main cam is harder to come by these days, and some nifty multi-frame noise reduction techniques could have been applied to make its output more usable in low light.

Video recording on the V7+ is pretty much the same affair. That Snapdragon 450 processor won't do 4K, and so you're limited to 1080p at 30fps, with video quality that is serviceable, and nothing more.

Here's the drill: our standard battery test for mobile phones has the following parameters: 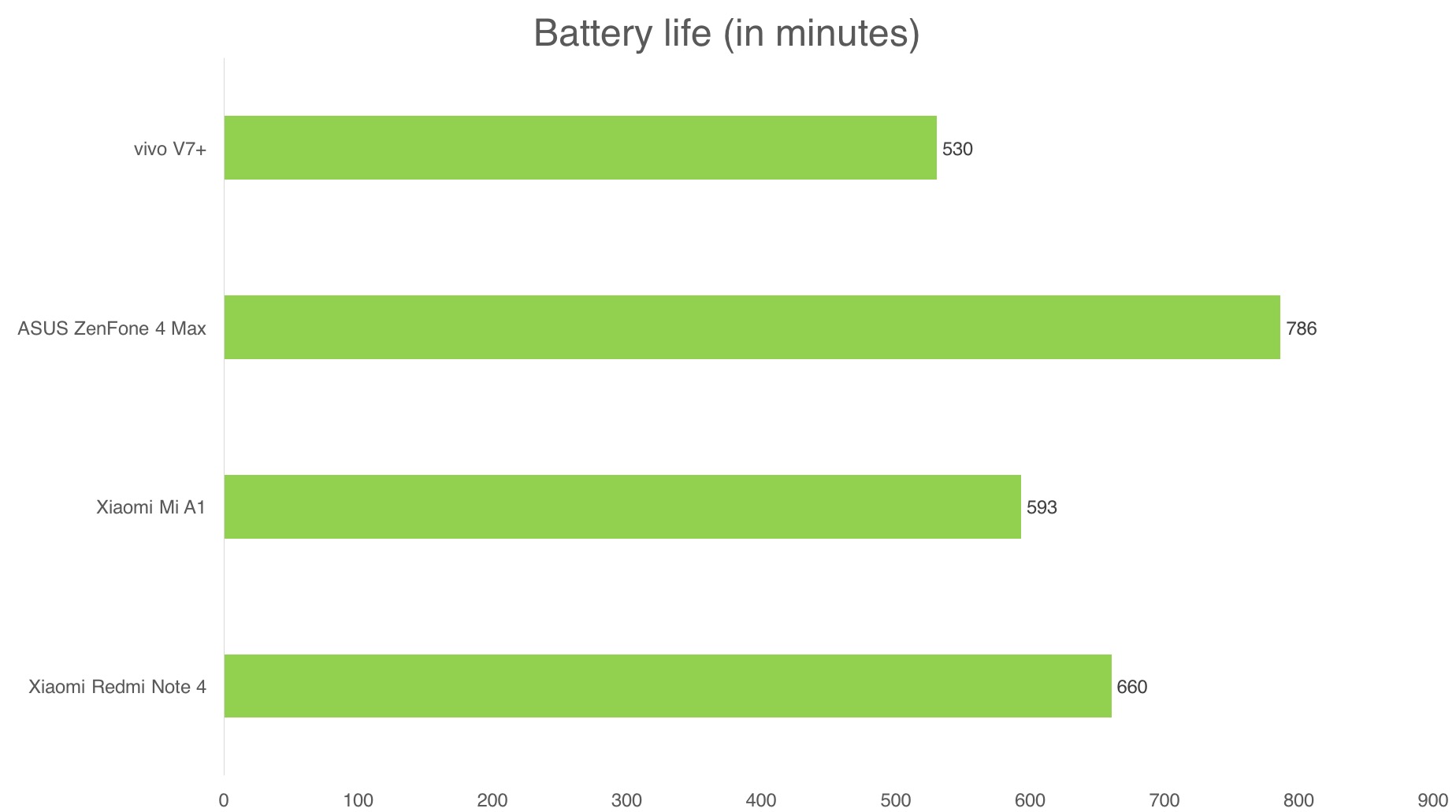 While the result of 530 minutes is not impressive against the similarly-priced competition, it must be remembered that the ZenFone and Redmi Note 4 have larger 4,000mAh batteries, versus the substantially smaller 3,225mAh juice pack in the vivo V7+, while the Mi A1's battery is even smaller at 3,080mAh. In day-to-day use, though, we managed to get through a full workday without any issues. Behold (at last) the triumph of the Snapdragon 450! 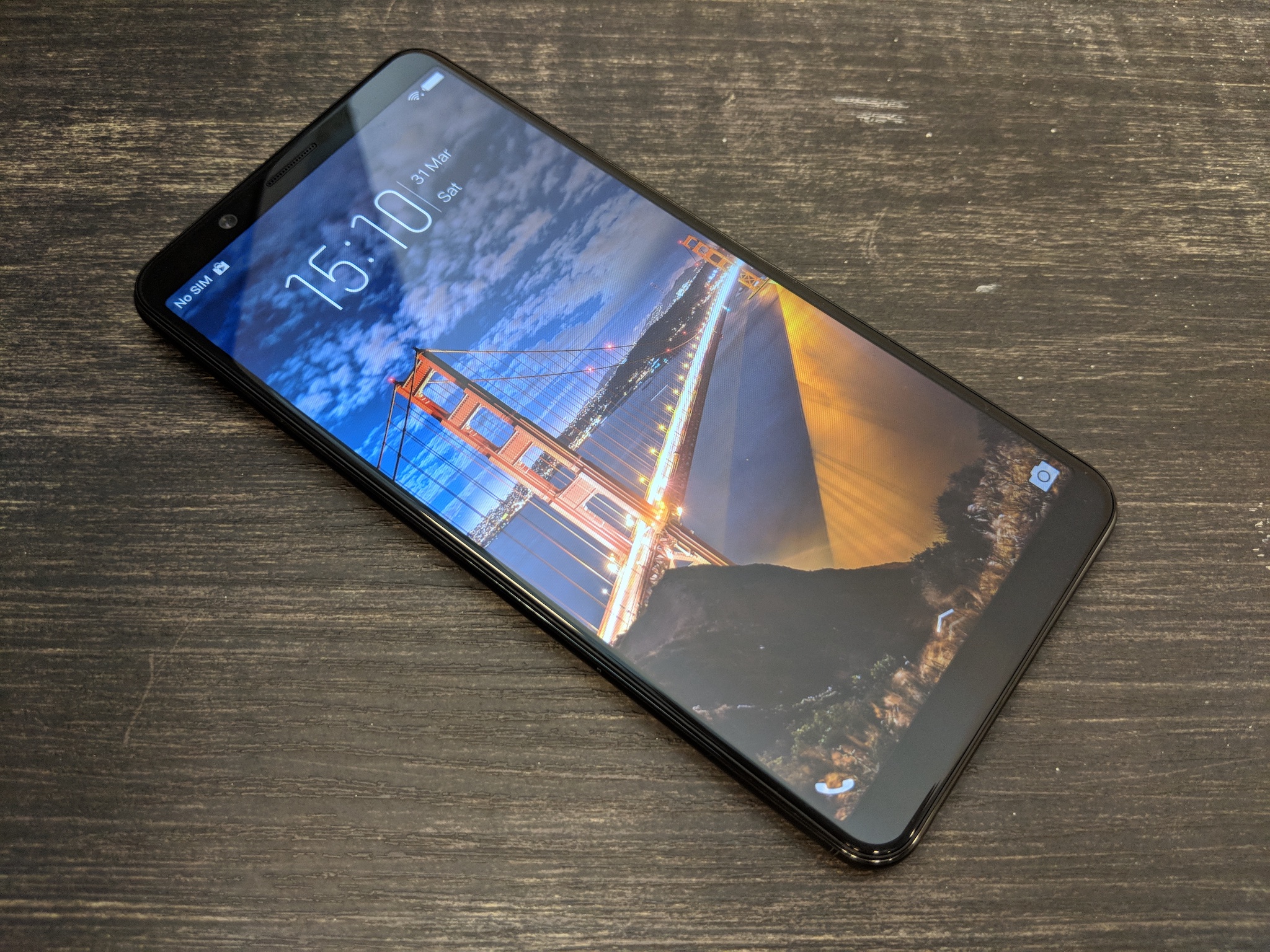 With an SRP of S$469, the vivo V7+ has to acquit itself against a competition that packs similar features, yet is priced in the S$300 region. But there are some notable points that have been brought up against it.

On the first count, Funtouch OS simply doesn't work as well as the Android skins offered by some competitors. It doesn't have MIUI's polish as seen on the Redmi 5 Plus, and it doesn't offer the functionality of, say, Emotion UI on the Huawei Nova phones. On the second: quite a few of the devices in this class boast better overall system performance. And on the third, while the vivo has an awesome total megapixel figure for both cameras, the dual-cam setups on the ZenFone 4 Max and Mi A1 can do bokeh shots.

In mitigation, the second and third issues are debatable. But if the first were solved by taking Funtouch OS out of the equation, this could have been a unique selling point for the V7+. An Android One device with an 18:9 display and a 24-megapixel selfie cam would certainly have swayed a few buyers from the Mi A1.

Thus we find a few things to like about the vivo V7+, but nothing compelling. The only thing worth taking out your wallet for is... 24-megapixel selfies. The final question, then: does the narcissist in you need such resolving power?