So the V15 Pro is doing well in our books so far. Then we come to Vivo’s Achilles heel: its Funtouch OS skin.

Let's get the good out of the way first. The underlying Android version is 9.0, there isn’t a ton of bloat, and the software is quite fast and smooth. Sadly, that's where it stops. In terms of design, Funtouch OS is not what I would call “matured”. Its kiddish visual language, haphazard design elements, and janky English will embarrass you to anyone who knows that you paid S$699 for this phone.

What's more, Vivo tries to foist its own AI assistant, Jovi, onto the user in a way that feels intrusive among the current crop of smart assistants. For example, while Samsung phones have a dedicated Bixby button and Bixby Home, there’s a way to remap the button and keep Bixby out of sight. Huawei's HiBoard and HiVision can be disabled completely if you know where to look. Even Google never forces Assistant on you until you tap the microphone icon in the search bar. 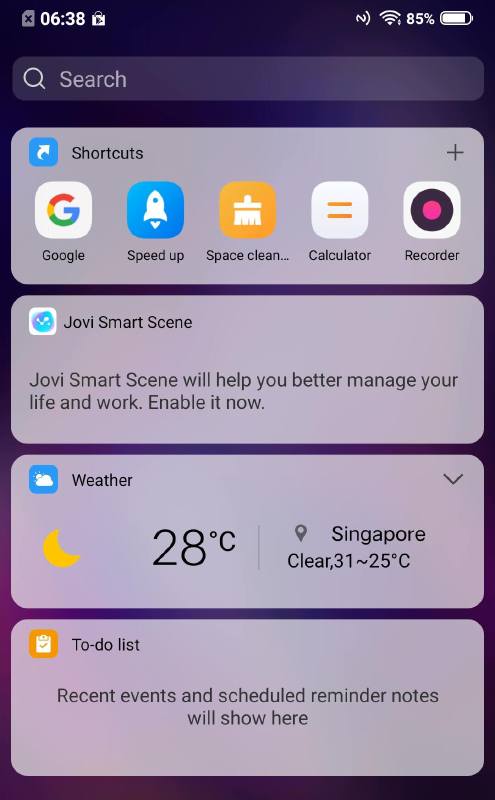 On the other hand, Jovi’s icon (reminiscent of an inverted Sony Walkman logo) is always in your face when you pull down the notification shade - as if removing the toggles wasn’t enough. And if you are wondering where the toggles went, read on.

Even more strangely, Jovi has a confusing co-existence with Google Assistant on the V15 Pro. The “Smart Button” key on the left edge of the phone, opposite the power and volume keys, is configured to bring up either Google Assistant functions or Jovi ones, depending on whether you press it once or twice.

And if you need more evidence of how confused Vivo’s software engineers are, just look at the screenshot above. The "Smart Button" key is referred to both as the “Smart Button” and the “AI button” within the same screen!

Jovi’s AI engine includes an Image Recogniser, which is best described as serviceable. It had no trouble with common objects, such as this fire extinguisher. Unfortunately, more complex ones, such as this duster, could not be recognized - Google Lens was far superior in this regard. 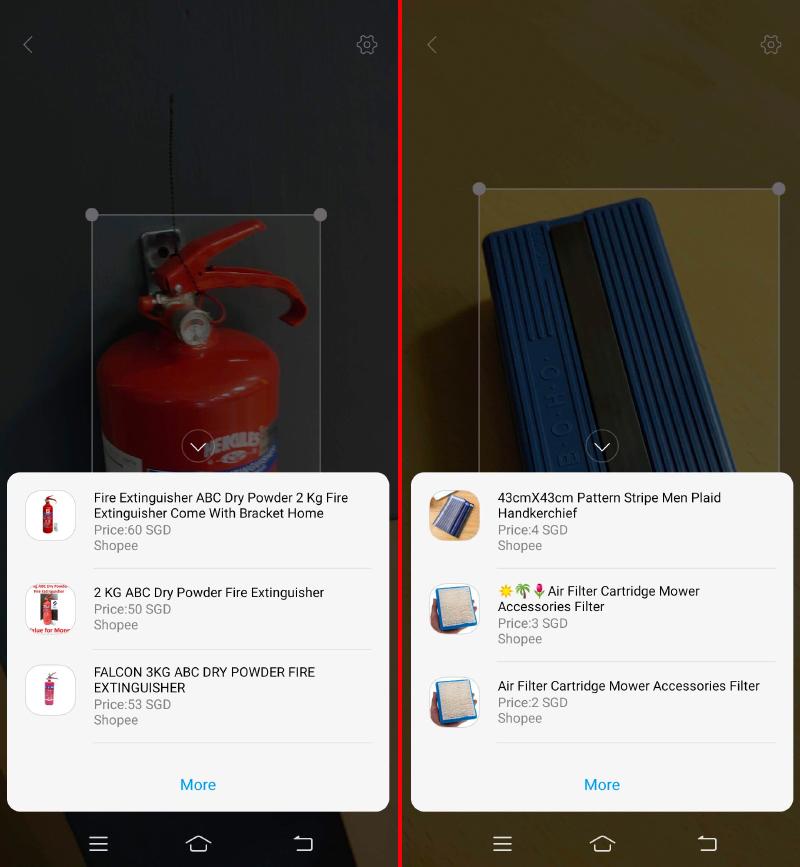 All of this illustrates how Funtouch OS tries to do what no one asked for. But wait - here’s its biggest sin yet. Instead of putting toggles in the notification shade like everyone else in Android land, Vivo just had to go and ape iOS's Control Center in a bad way. Firstly, it looks visually cluttered, with two sliders bunched up against toggles in a space only half the screen length. But even worse, it rarely manages to appear on the first try - you need to swipe up almost exactly from a corner of the screen. Puzzling design choices like these might be acceptable on phones costing $300, but the V15 Pro is playing in the $700 leagues, way too close to the street prices of more polished "sub-flagships" like the Samsung Galaxy S10e and Google's heavy-hitting, pure-Android Pixel 3A XL. 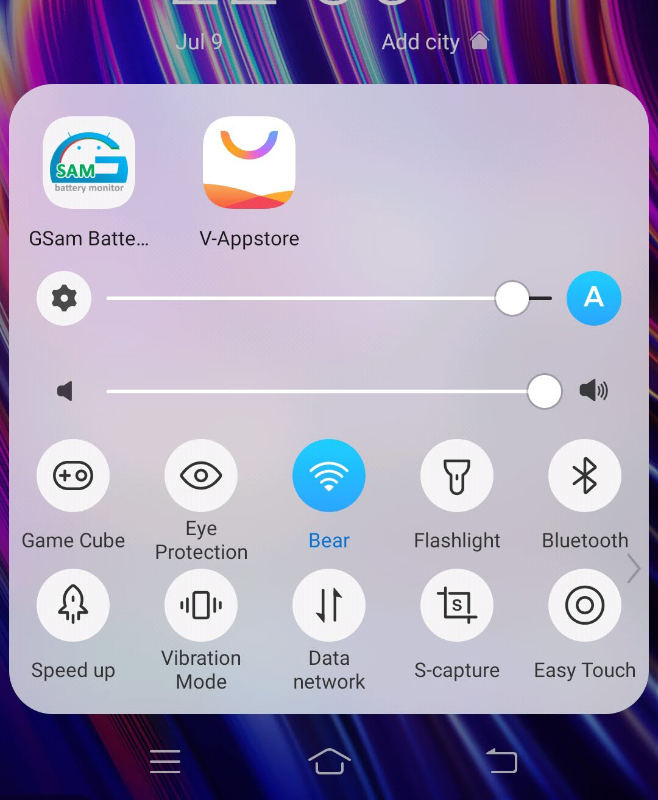 Perhaps all this works for Vivo because emerging markets aren't as finicky as I am about things like awkward UI and UX and kiddish design. But to take this brand upmarket, Vivo will need more mature software, which folks like Nokia and even Samsung have been pursuing for their low-end products.

I've said it before and will say it again: I'll wager that Android One versions of Vivo phones would sell like hot cakes in the company’s key markets. Do less, achieve more. Your call, Vivo.