The Vivo V15 Pro packs a Snapdragon 675 allied to 8GB of RAM and 128GB of storage. This mid-range combo serves up the goods when it comes to user experience, with barely any noticeable slowdown or lag.

Naturally, comparisons will come up against the similarly-priced Google Pixel 3a XL, which for S$79 more (RRP) is slightly slower in the brains department with a Snapdragon 670. We’ve also thrown in last year’s OnePlus 6T - which at about S$650 on the street remains a very good value - and the similarly-priced 6GB/128GB version of the Honor View 20, which has a similar camera setup and screen size, and trades a decidedly less appealing LCD display for a more powerful Kirin 980 processor.

For web browsing, we’re switching over to the Jetstream 2 benchmark, which measures browsing performance more accurately than SunSpider over a number of more modern scenarios. To that end, we were only able to draw a comparison versus the Pixel 3a XL, which isn’t a bad thing, since both phones have similar processors. I’ve also thrown my personal OnePlus 7 Pro, a Snapdragon 855 device, into the ring for comparison.

Shocker! Despite having in theory newer cores (Kryo 460 versus Kryo 360) than the Pixel 3a XL, the V15 Pro trails it by a considerable amount, which clearly can be put down to software optimisation. In fact, when we tried this benchmark on the stock browser instead of Chrome, it would frequently seize up and refuse to run. 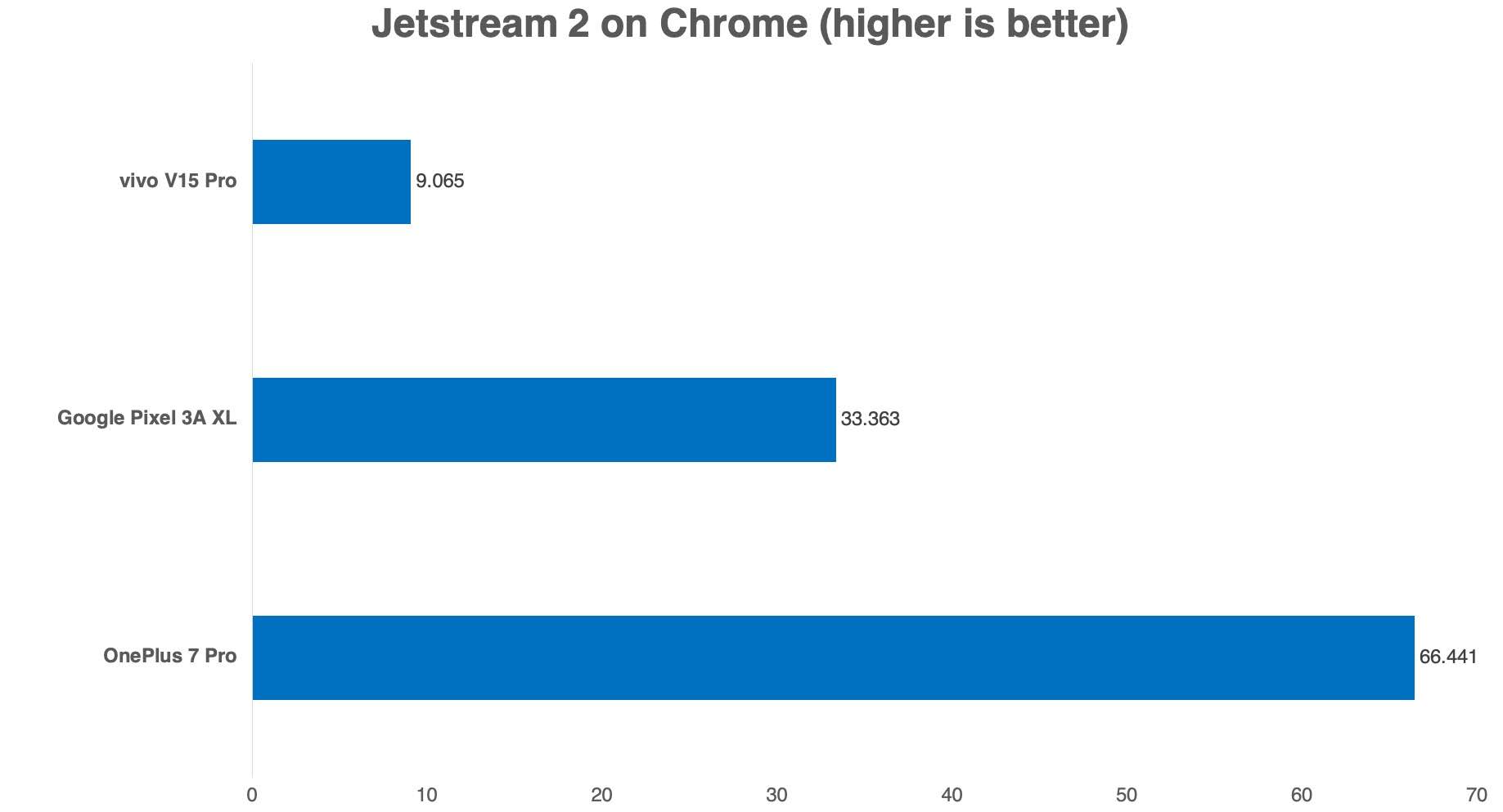 Still, better cores are better cores, and the V15 Pro edges out the Pixel 3A XL in Geekbench and Antutu, but obviously loses against the Snapdragon 845 in the OnePlus 6T - or the barnstorming Kirin 980 in the Honor phone.

In the graphics department, we see a reversal of fortunes. Despite the Vivo V15 Pro being equipped with newer Cortex-A76 derived Kryo 460 cores, the Snapdragon 675’s Adreno 612 GPU is actually slower than the Adreno 615 on the Snapdragon 670 powering the Google Pixel 3a XL.

The V15 Pro and the Pixel 3A XL have identical 3,700mAh battery capacities, but in our video-looping test, the Pixel 3A XL kept going for 2 more hours before it died. See, Vivo, I told you Android One would be good for you.

When all is said and done, you should still get a whole day of moderate use out of this phone if you keep screen brightness at sane levels and avoid working the camera too hard. Just remember that it doesn’t charge in a jiffy. Qualcomm Quick Charge 3.0 is present, but it took ages to fill up the battery. 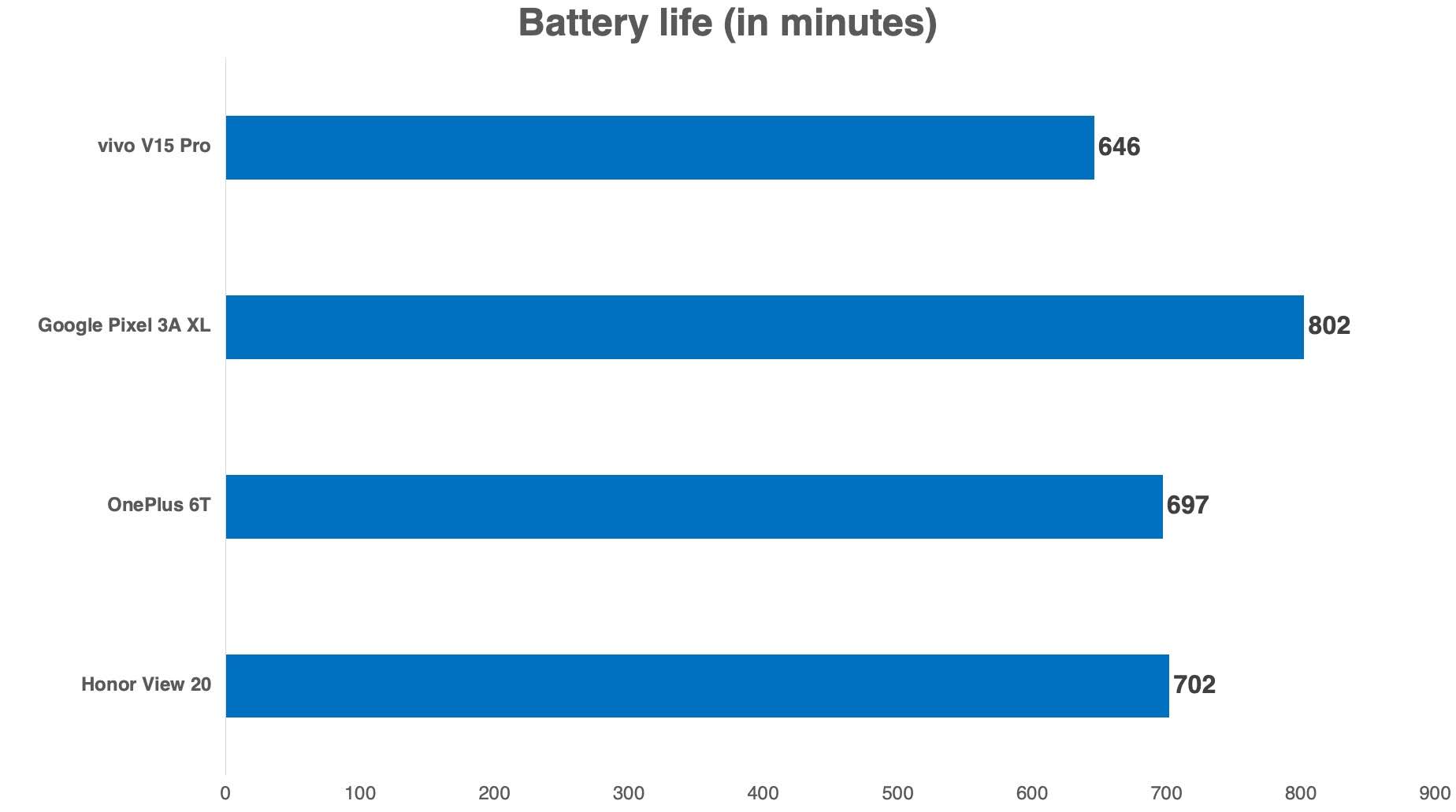