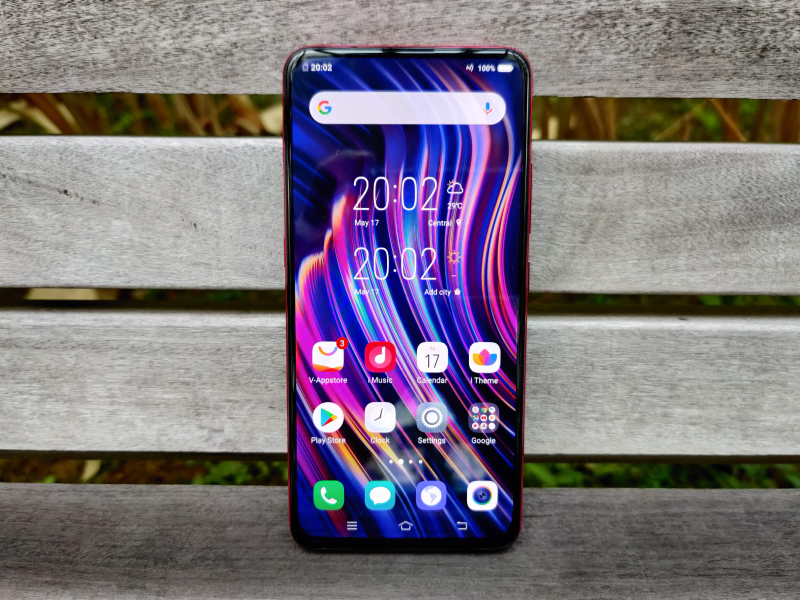 Faithful followers of HWZ will remember that my past interactions with the Vivo brand have not been positive, to say the least. The V9+ was considered too expensive for a Snapdragon 400-series phone, while the X21 likewise tried to hide average tech under a headline feature - the world’s first in-display fingerprint sensor - that failed to work more often than not.

But Vivo appears to have turned a corner in the V15 Pro, which, for S$699, packs pretty competitive features like a triple-camera setup that includes 48-megapixel and wide-angle units, a Qualcomm Snapdragon 675 processor, and a notchless 6.39-inch Super AMOLED display courtesy of a pop-up camera that packs 32 megapixels. Will we now see a promise kept, or pipe dreams reprised? 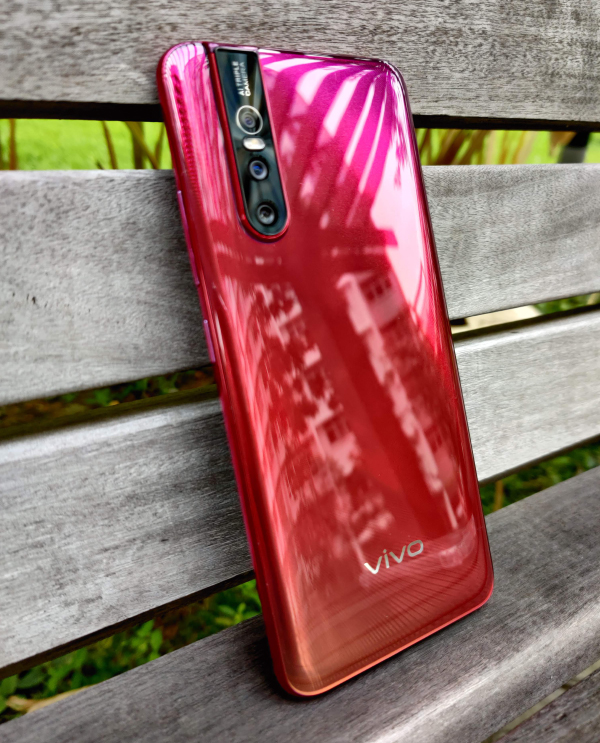 Well, being very easy on the eye indeed is a good start.

Our review unit was supplied in an extremely fetching Coral Red, whose magenta-to-coral gradient is set off by subtle wave accents, all of it almost glowing in the morning sun.

The markings on the rear are also pleasantly minimal: just the Vivo logo and "48MP Triple Camera". One of my pet design peeves on today’s phones is the completely pointless "Designed by __(the manufacturer’s name)__" line. Nothing like that on the V15 Pro, hallelujah. 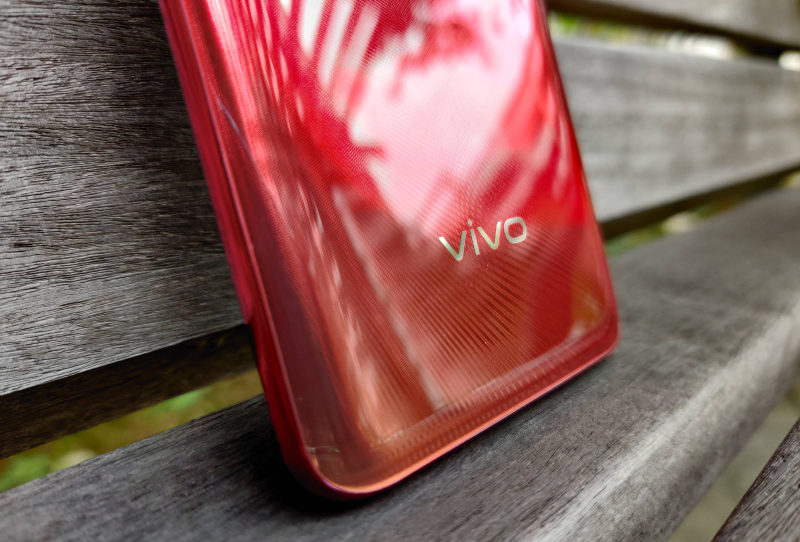 However, the back material is plastic, not glass, and despite being framed in metal, the V15 Pro still feels somewhat toy-like in the hand. Moreover, a case is mandatory if you wish to keep those good looks. Commendably, Vivo has chosen to provide a thick but very rugged one in the box. 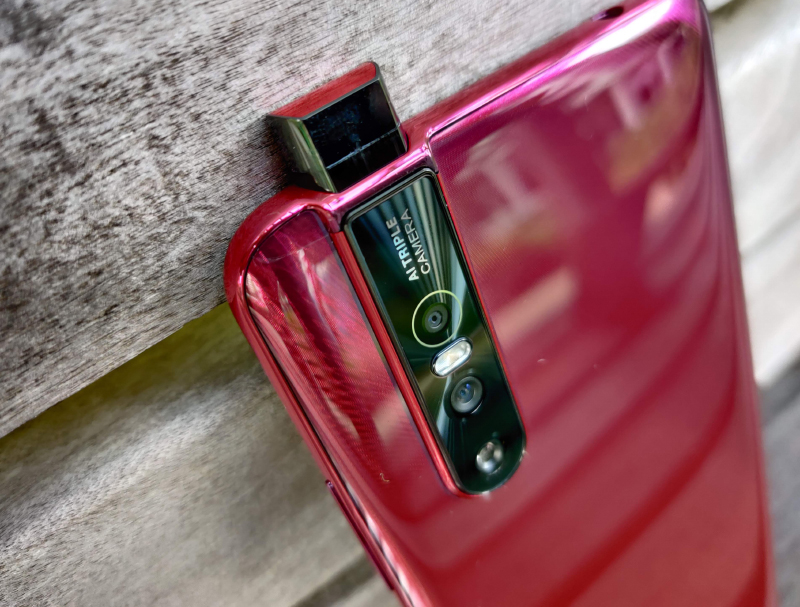 Pop-up cameras like the one on the V15 Pro need a rethink in terms of design, in my opinion. Most are just ugly, uninspired blocks that stick out like a kid's first tooth. More than that, I have this constant fear that striking a table edge, railing, or some other object with the camera open could lop the whole thing clean off the phone. At least the "wedges" on fellow BBK stablemate Oppo Reno are less fragile and look unique, while the Oppo Find X's slider design avoids these issues totally. 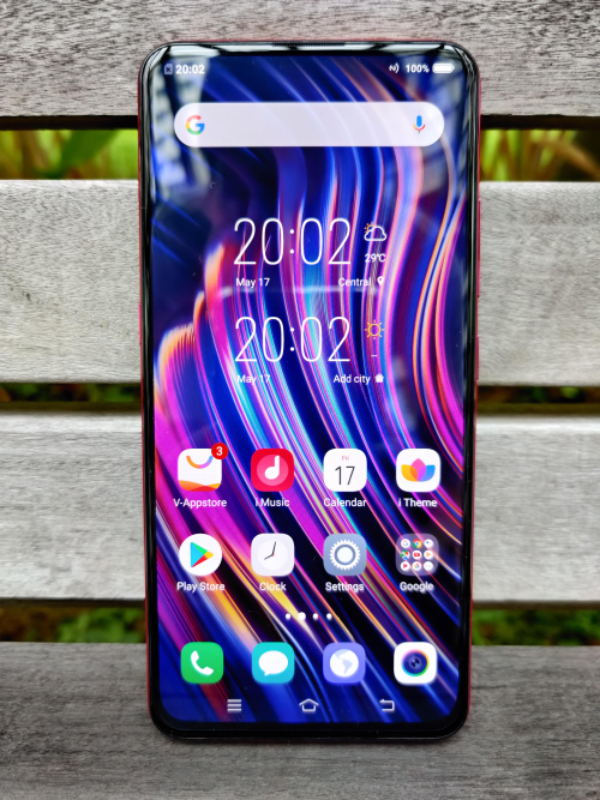 The Vivo V15 Pro’s gorgeous display is a visual treat. Super AMOLED panels are always appreciated in a smartphone, and when they're 6.39 inches and notchless, the wow factor kicks up another… notch. (I'll show myself out.)

While it performs well under bright sunlight, it only has mediocre color accuracy. It’s over-saturated, and the whites tend to have a bluish tinge, which is not uncommon for mid-range Chinese devices. But I'm willing to overlook these shortcomings because it has no notch. If you can't tell by now, I have little patience for notched displays. 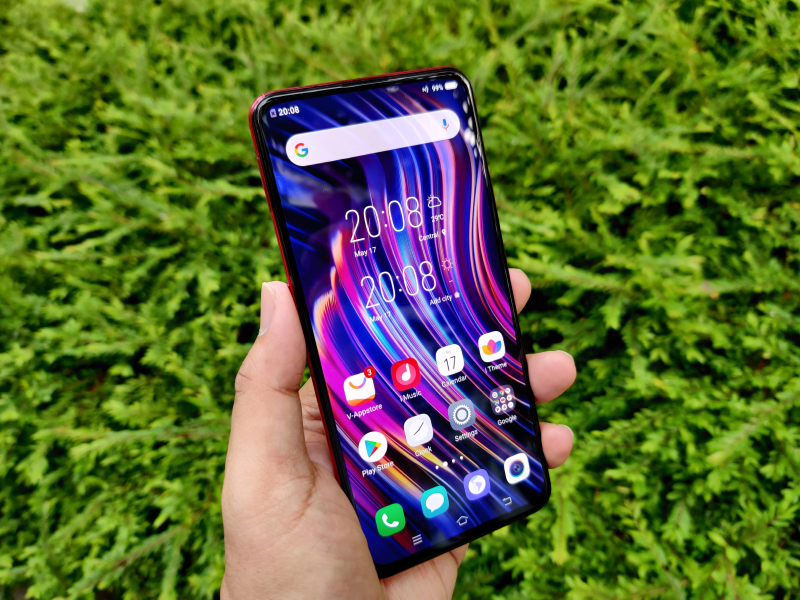 The Vivo V15 Pro has an in-display fingerprint sensor, apparently supplied by Goodix, whose tech prowess in this area has thankfully now matured. Despite being a bit slower than the best examples of this kind, such as the Huawei P30 Pro or my personal OnePlus 7 Pro, I had very little trouble unlocking with my calloused fingers on the first try.

Atop the phone, you’ll find a headphone jack (not the best place to put it, if I'm honest) at the opposite end of the pop-up camera. 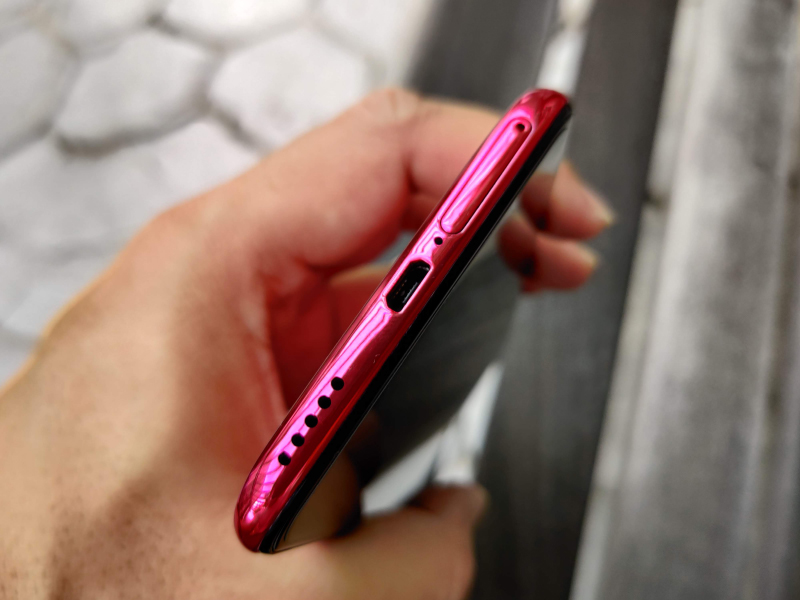 Sadly, the mono speaker on the bottom doesn’t do the huge screen justice. It plenty loud but it is devoid of bass and not up to par with the competition in overall audio fidelity.

And oh, that silly microUSB 2.0 socket. Clearly a result of Vivo’s decision to maintain compatibility with accessories and cables that folks in developing countries might be hanging on to - but there’s no defending its use on a S$699 phone. It's 2019, bring on USB-C, please.