Note: This review was first published on 29 November 2021. 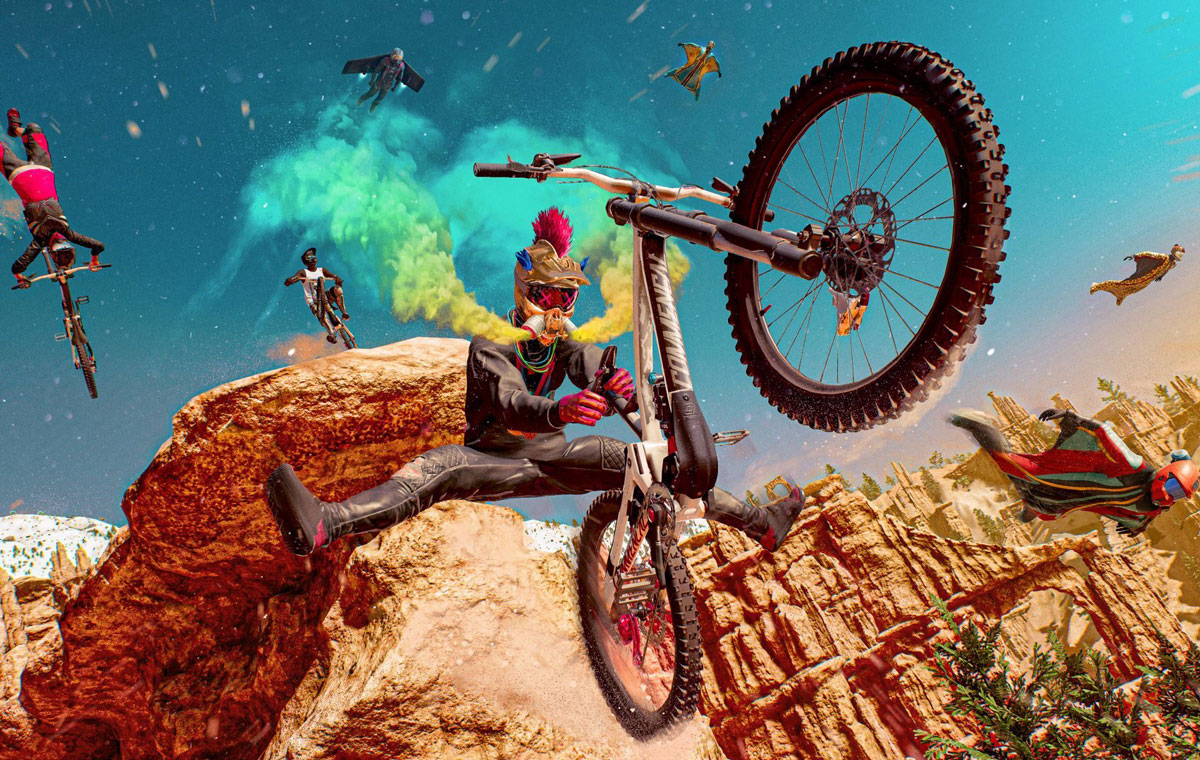 Well, I didn’t see this coming at all.

Riders Republic feels like a throwback to the old PlayStation 2 era of sports games, where realistic gameplay held much less mainstream appeal than loud music, hyperactive energy and a bombastic tone. This game acts as a collection of various different sports events - from cycling to skiing - that unfold in a living world where players compete in races at breakneck speeds, and watching someone soaring over you with a jetpack while you cycle down a hill is just another Tuesday.

Ubisoft’s recent sequels have begun to feel emblematic of a creative well run dry, but the debut of Riders Republic proves that this company can still put out fun games that feel fresh and addictive to play. Like those other games however, it comes with its fair share of issues.

How is jetpacking not an Olympic sport yet? 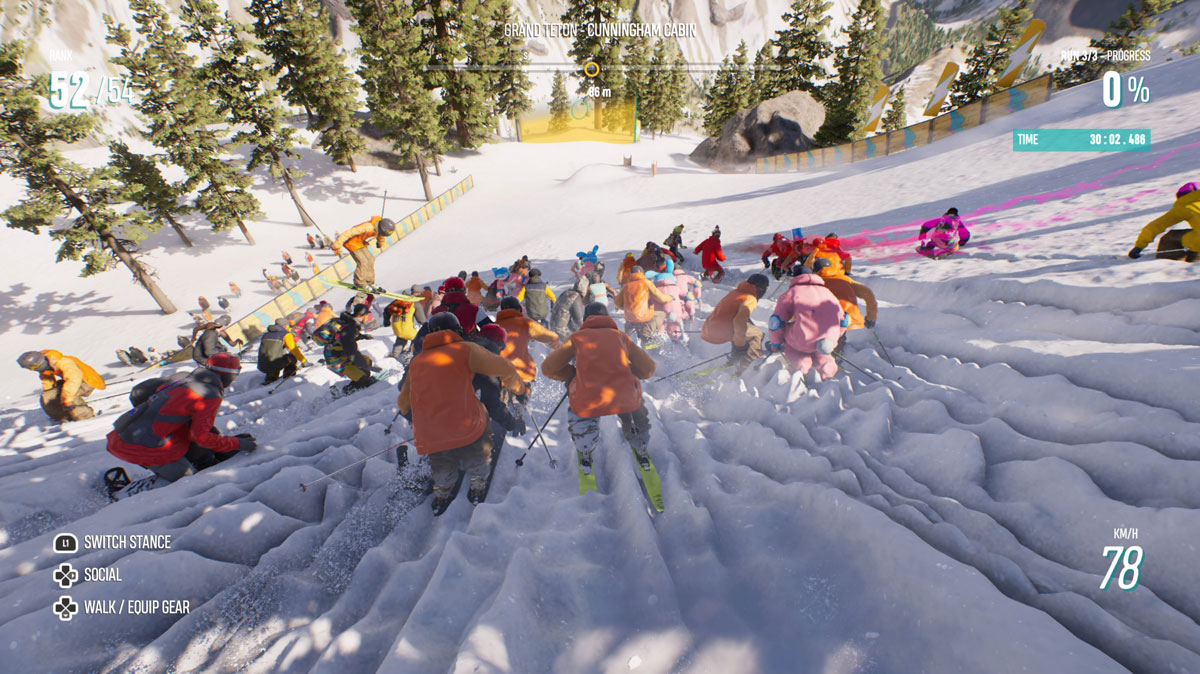 Riders Republic comes from studio Ubisoft Annecy, who previously developed the winter sports game Steep. If you’ve ever played Steep, you’ll notice some immediate similarities: both games mash together different disciplines of extreme sports for multiplayer competitions, such as biking, snowboarding and wingsuiting. This time however, the implementation of these different activities feels much more seamless, without robbing each sport of its identity.

Like most sports games, you play as a new athlete entering the arena of extreme sports with plenty of ambition to spare. The first few hours take you on a tour through the game’s hub area, Riders Ridge, where players gather to take on tutorials and different game modes. The story is nothing to shout about unfortunately, thanks to a flimsy main cast of surfer bro personalities who collectively justify the creation of the ‘Skip Cutscene’ button. Fortunately, your interactions with them are minimal - even if they do shout at you from the main menu way too often during these early hours.

After going through a few tutorial races, you’re let loose in an absolutely massive open world full of activities and competitions to take part in. Each completed activity earns you stars, which act as your main level of progression to unlock new races and gear. One of my favourite things about this game is that you can progress in any direction you’d like. There are a colourful variety of races to partake in, scattered across a variety of environments. If you really hate jetpacking, you can mostly avoid those events and stick to whichever sport you’re more comfortable with - and still end up progressing at a satisfying rate. 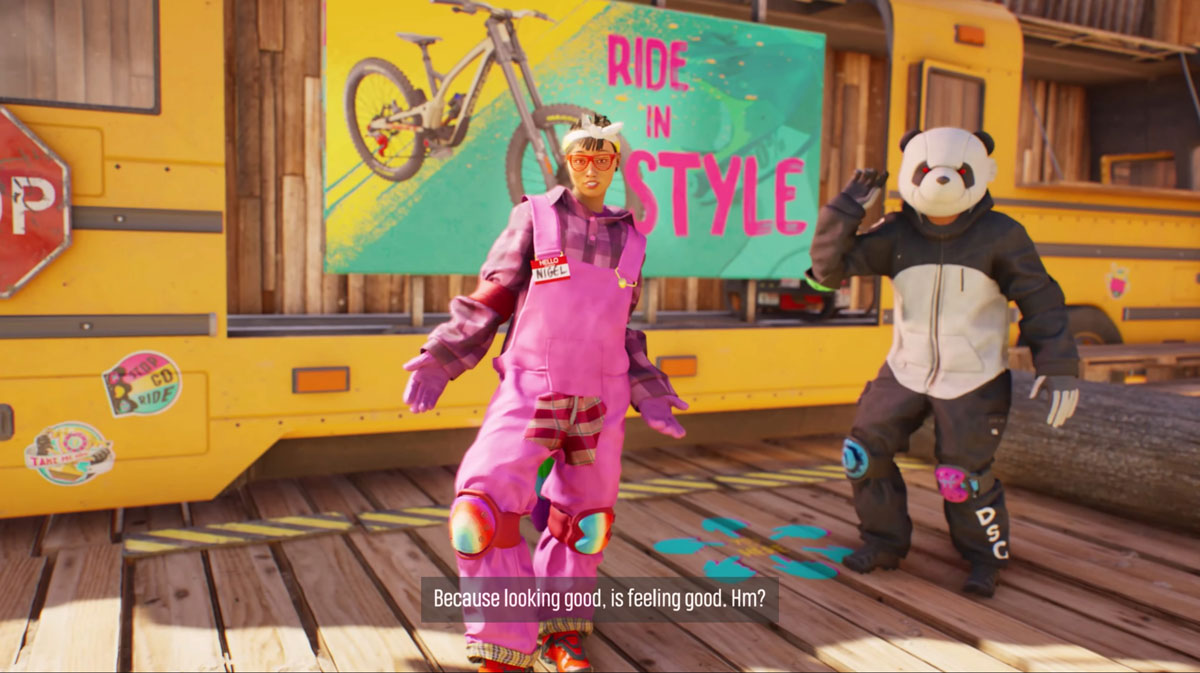 Riders Republic has five main extreme sports events to partake in: biking, snowboarding, skiing, wingsuit flying and jetpacking. Races across all these different sports often happen concurrently across the open world, resulting in some pretty spectacular races where teams are snowboarding off peaks as jetpackers soar past.

I came in expecting some of these sports to feel less fun than the others, but the truth is that they all feel pretty fun to play. Snowboarding events are more about pulling off trick combos than they are about racing, while jetpacking is all about getting through aerial hoops as fast as possible. Each sport brings something new to the table, and they feel different enough from each other that you can just hop from one activity to the next without fatigue. The controls feel safe and arcade-y, allowing you to easily pick each sport up without much trouble. If you’re looking for the realism that games like Dirt Rally 2.0 offer to the genre however, you might want to look elsewhere.

If there’s one thing Riders Republic has going for it, it’s variety. Not only can you enter racing events for these sports, but time trials, challenges, Free For Alls and the occasional 64-player events called Mass Races. These chaotic battle royale-like events throw 64 players into a series of races for massive XP gains and fierce competition. This game is at its best when you’re shouldering through 63 bikers down a perilous mountain or crashing into trees and feeling the tension of lost time spur you on. It’s the exact kind of frantic chaos Riders Republic thrives on. 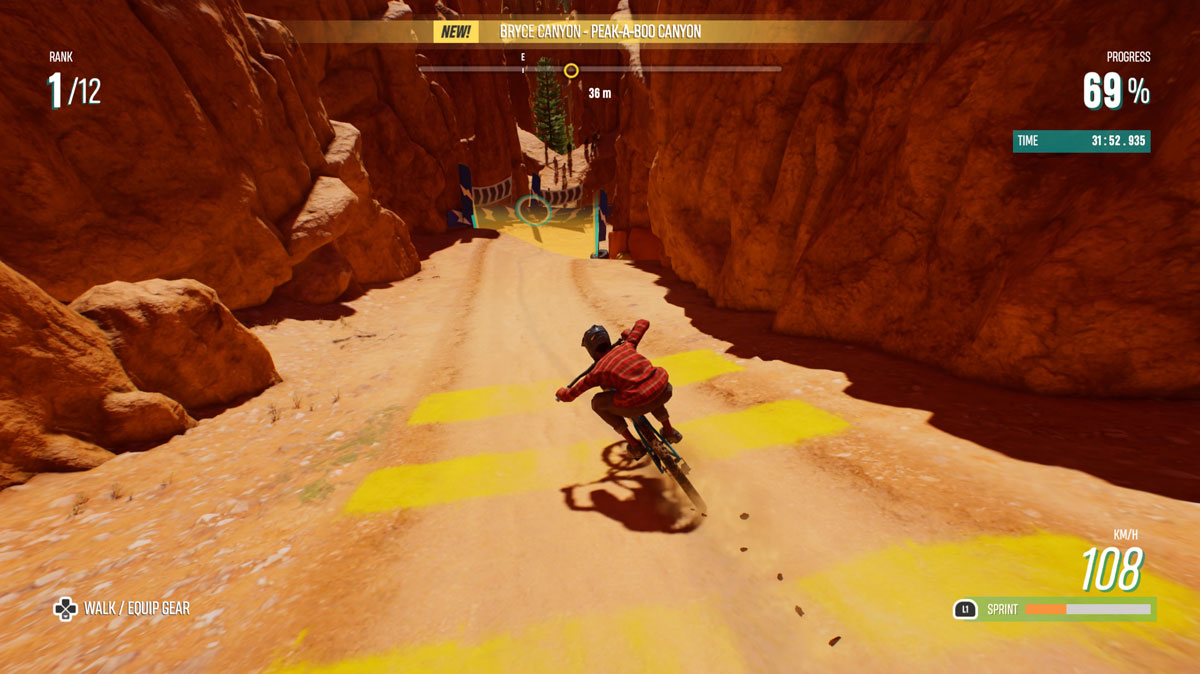 Unfortunately, there were a fair amount of bugs, glitches and server issues during the first few weeks of launch that threw a wrench into these online matches. On the PlayStation 5, I noticed some noticeable online problems with lobbies crashing and occasional stretches of lag that would impact your performance in races. Broken animations and buggy NPCs would occasionally break the immersion of wandering around the open world, but other glitches I ran into were decidedly more serious - like getting stuck in between objects and inside trees during races, and being forced to use the Rewind button to get back out.

While the game’s environments and scenery are gorgeous, its character models aren’t terribly impressive, which led me to cover up my character’s face with all the dumb helmets and costumes I could get my hands on. This game is packed full of silly cosmetics to earn, which give this game a fun Fall Guys-like vibe of cartoonish competition that really works. The more events you do, the more gear you get - like new snowboards and bikes - to perform better in future races. Gear is given out often enough that you pretty much just equip whatever’s new and dump whatever’s old, and don’t spare it a second thought. It isn’t exactly a rewarding system, because there’s nothing to chase.

Take it from someone who doesn’t go out of their way to play sports games: Riders Republic is a really fun sports game. Its open world is, in true Ubisoft style, a massive ocean of activities and races to participate in. Each sport event feels different enough to keep you coming back, but I had a surprising amount of fun just roaming around these environments in the open world and switching up my gear based on whether I hit snow, mountains or dirt. The game’s multiplayer truly shines despite server issues, particularly the chaotic 64-player Mass Races that dial up the scale of these competitions to great effect.

The game’s bugs and multiplayer lag can get you down sometimes, and its sports gameplay doesn’t feel as fleshed out as other contemporaries in the genre, but this is a really fun multiplayer game to sink some time into over the holidays if you’re an extreme sports fan. More of this please, Ubisoft.

Write a Review
Compare This | Specifications
Beautiful environments
Fun and chaotic sports events
Good cosmetics
Server issues
Bad story campaign
A couple bugs and glitches here and there
Our articles may contain affiliate links. If you buy through these links, we may earn a small commission.
Sponsored Links