Note: This article was first published on 19th July 2018. 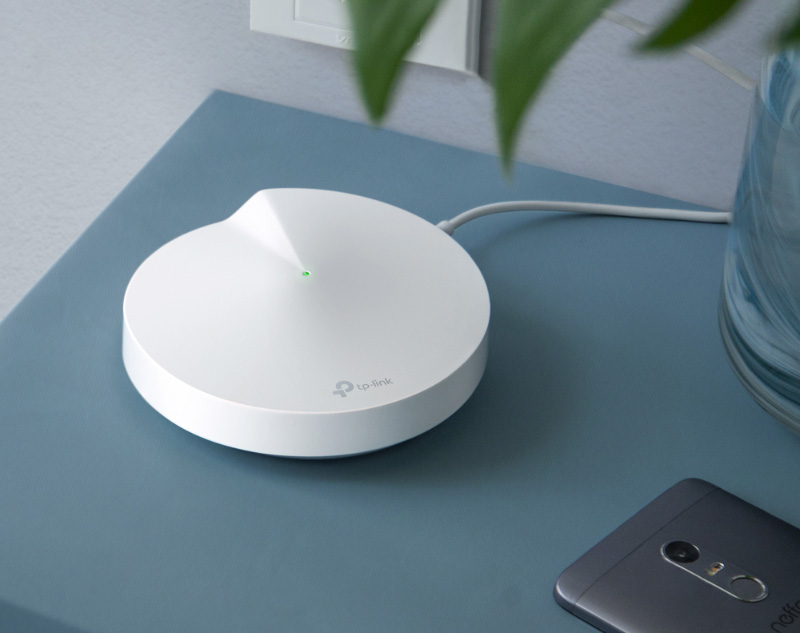 The TP-Link Deco M9 Plus is a mesh networking system and smart home hub built into one neat compact package.

Come on, where have you been? But, not to worry as we can fill you in. To put it briefly, it refers to a wireless system where multiple nodes contribute to spread Wi-Fi across an area and using the same Wi-Fi network name (SSID). This is particularly useful in solving the problems of Wi-Fi dead spots in homes. You know what? You should read our mesh networking guide before you continue reading this review to ensure you're familiar with the basics.

A smart home hub is a controller for all your smart home devices like your smart sensors, smart light bulbs, and what not. These devices need to connect to something so that they can be easily managed. Furthermore, some of them use low-power wireless standards like ZigBee and Z-Wave, so you need a compatible smart home hub for that too.

So the Deco M9 Plus is two devices in one?

One of the 5GHz networks is set aside for backhaul communications, which frees up the remaining 2.4GHz and 5GHz network for client communications. However, if it detects heavy network traffic, it can also use the other available networks to supplement the single 5GHz backhaul network. It can use up to 50% of the other two networks, which gives it a total backhaul capacity of 1,500Mbps (867Mbps + 433.5Mbps + 200Mbps) If your home already has a LAN network in place, the Deco M9 Plus will also support Ethernet backhaul.

How is it packaged? 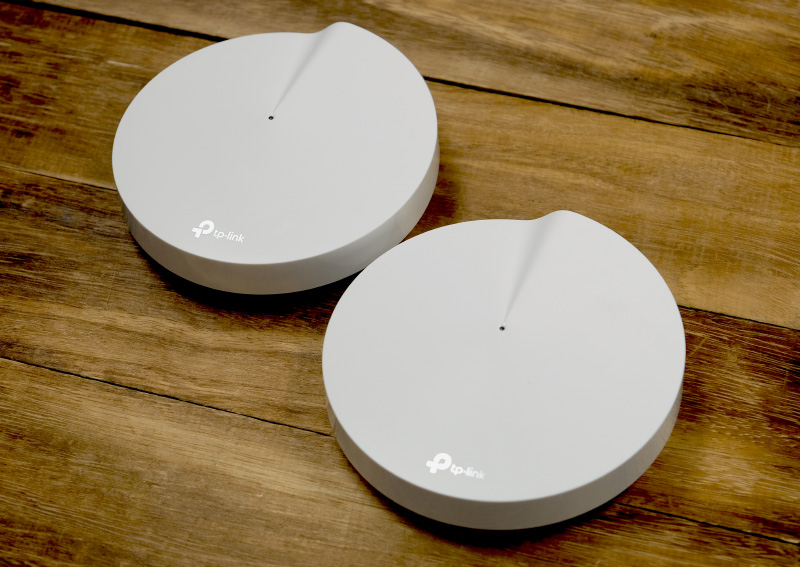 Why no three-pack bundle yet?

Simply because TP-Link believes that a two-pack bundle would be sufficient for most homes. According to them, two nodes can cover an area of up to 4,500 square feet, which is more than enough for most apartments here. If you are lucky enough to be living in a large penthouse or landed property, you can purchase additional nodes to expand coverage. The three-node pack is now available from Lazmall.

Sounds great, what about ports? 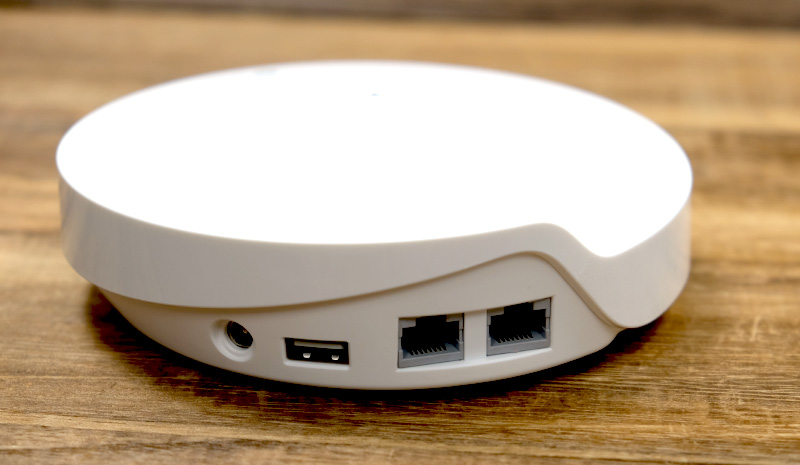 It has two Gigabit Ethernet ports that can function either in LAN or WAN modes. Apart from connecting it to your main router or ONT, you can also use it to connect your LAN network for Ethernet backhaul, or you can use it to connect to other devices that require connectivity like your TV or gaming console. There is also a USB 2.0 port but that has been deactivated for now. TP-Link says it has been ‘reserved’ and might be activated in a future firmware update.

Oh, the wife asks if it will look out of place at home? 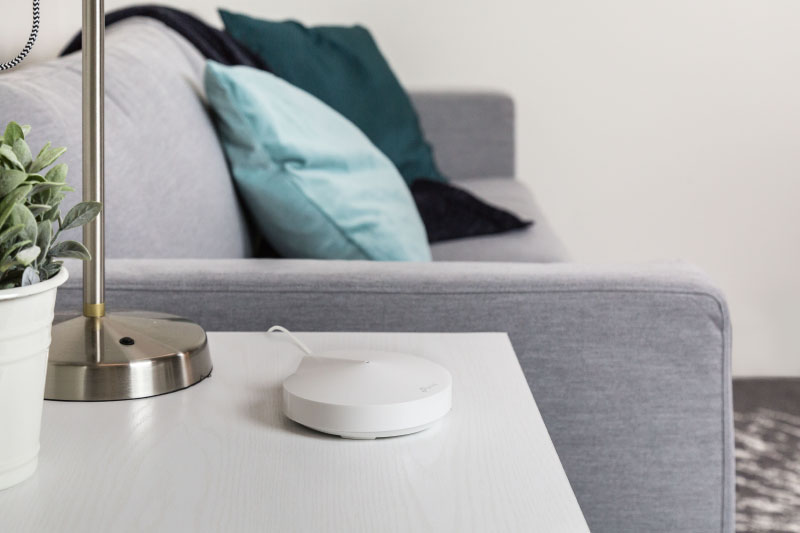 That’s hard to say. If your home has black wallpaper, tinted windows, and black furniture, then I suppose the Deco M9 Plus will look out of place. Personally, I find the Deco M9 Plus to be very pleasant looking. It has an all-white exterior and is shaped like an asymmetric hockey puck. Its noticeably larger than the Deco M5, but it is still relatively compact, comparatively speaking. To get a better sense of the size, it measures 14.4cm in diameter and it's just over 6cm tall. 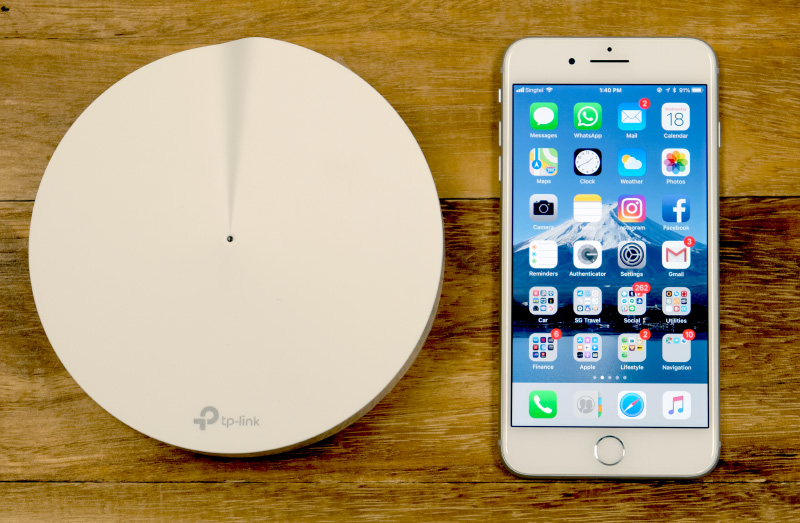 I find it to be one of the better-looking and more stylish mesh networking systems around but I don’t speak for everyone. As the old saying goes, “Beauty is in the eye of the beholder.”

She also asks if it is easy to set up.

Mesh networking systems are usually short on networking features, what does this have? 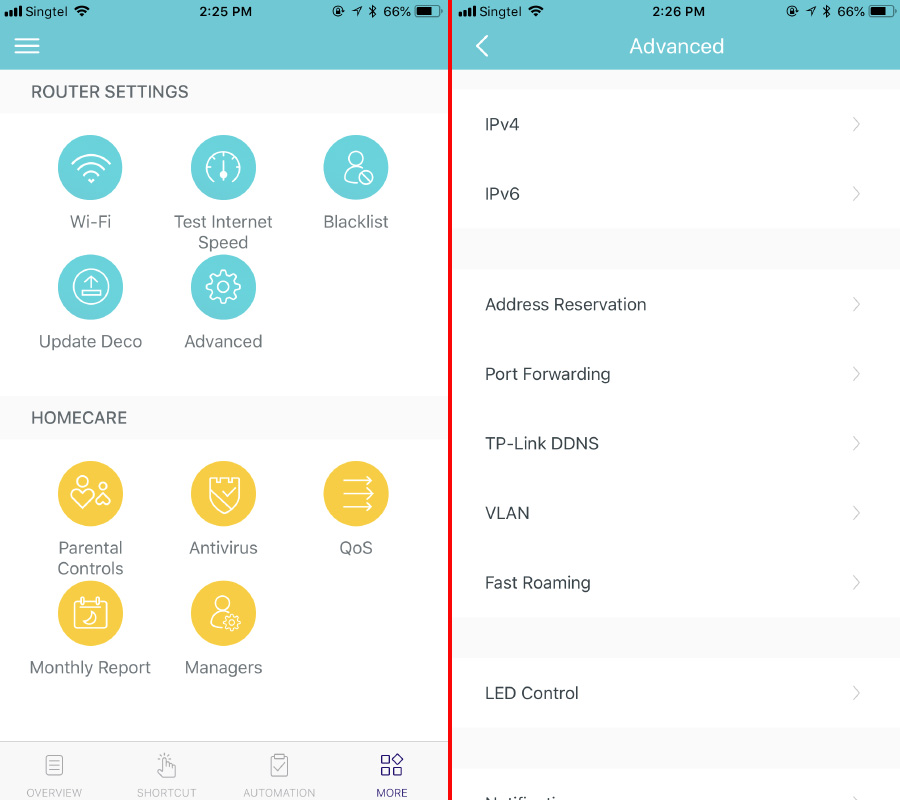 For advanced users who want to tinkle around and set up stuff like private VPNs or changing DNS servers, the Deco M9 Plus is not the router for the job. You will want to stick to a traditional kind of router. In the case of the Deco M9 Plus, there are only a handful of settings that you can play around with including port forwarding, DHCP reservation, VLAN, and dynamic DNS. It is not much, but I reckon it should suffice for most users who don't intend to tinker with the router beyond the initial setup. 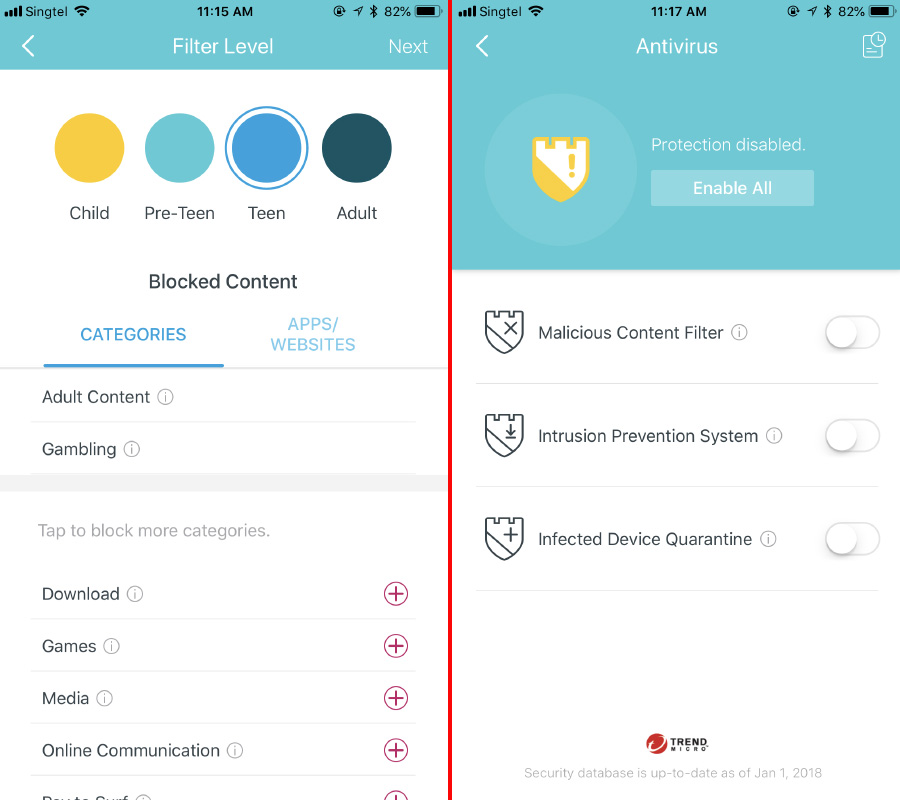 For parents, the Deco M9 Plus has a pretty extensive Parental Control feature that gives parents a lot of flexibility in how they want to manage their children’s internet access. One nifty thing about the Parental Controls feature here is that it comes with predetermined filter levels like Child, Pre-teen, and Teen that has a default list of blocked sites. For example, selecting Pre-teen would block out a preset list of adult, gambling, and social networking sites. For Teens, the filter would block out adult and gambling sites but leave social networking sites accessible.

So what smart home kind of things can it do? 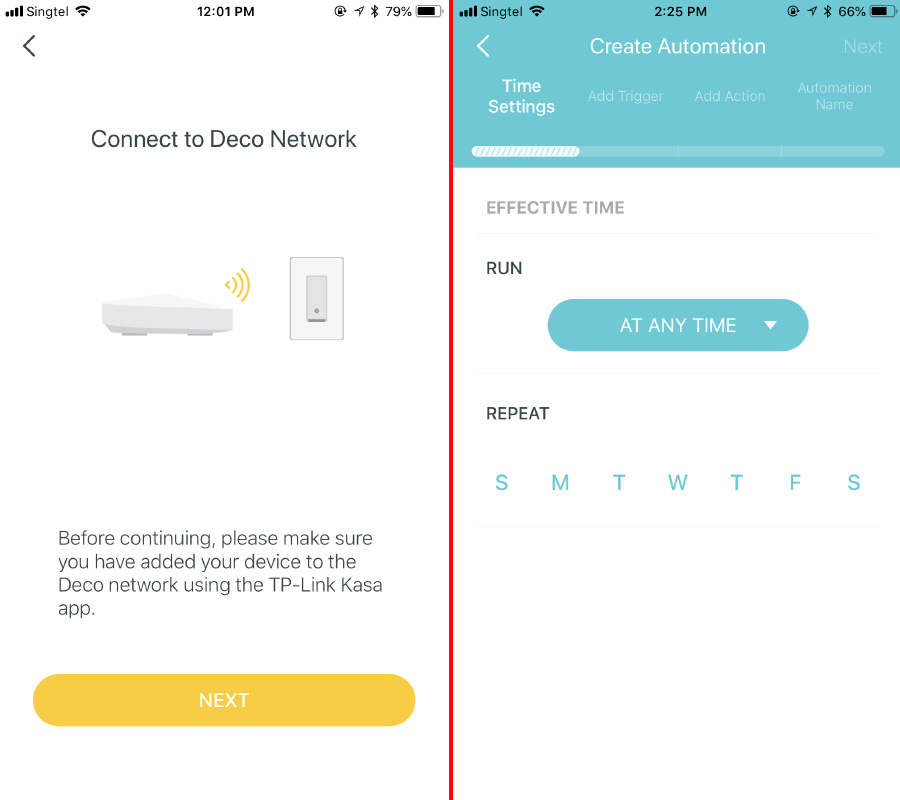 For a start, the Deco M9 Plus supports Bluetooth 4.2 and ZigBee. It also works with Amazon Alexa, so if you happen to have a smart speaker that supports Alexa, you can issue voice commands to control your smart devices. The Deco M9 Plus also supports the free online rules platform IFTTT, which enables users to set up rules to manage their smart devices and sensors. For instance, you could program your lights to turn on whenever a motion sensor is set off.