Total War: Rome Remastered (PC) feels quite dated even with its new coat of paint

It's a mixed bag 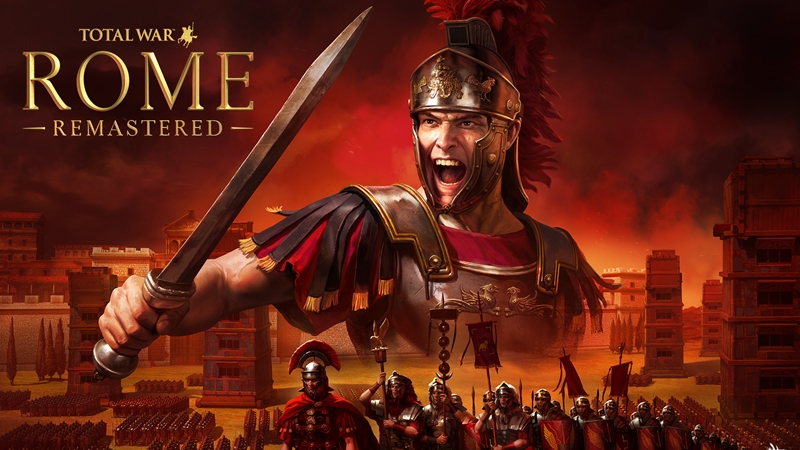 As the saying goes, Rome wasn't built in a day.

My guess is that it was built over several hours by a guy on his computer.

Humour aside, there is a lot of ground to cover for Total War: Rome Remastered, the newest addition (or rather, re-addition) to Creative Assembly's long-running strategy franchise - although Feral Interactive took charge of the remastering version here. In general, it feels like a pretty decent upgrade from the original in terms of aesthetics and gameplay mechanics, and it can be quite rewarding if players are willing to put in the work.

Unfortunately for Feral, a bunch of visual and gameplay enhancements aren't going to be enough to put TWRR back onto the map. Despite the new and well-deserved coat of paint, the game's formula seems to have run its course - it feels quite dated when stacked up against what the modern RTS market has to offer. Granted, franchise veterans might still find this entry appealing by virtue of the nostalgia, but that's usually a given for longstanding franchises like these anyway. 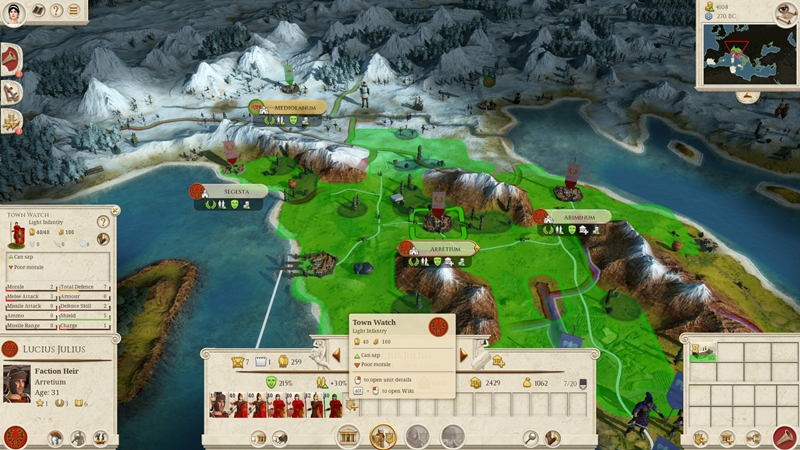 Know your enemy and know yourself, and in a hundred battles, you shall not taste defeat.

This particular quote from Sun Tzu's Art of War certainly rings true, but you know what else does? The fact that this isn't a bad game per se. In a vacuum, the game features almost everything you could want from a strategy title, and it does check most of those boxes quite well too. There's a balance of slow, methodical planning and fast-paced battle stages, so you don't just stare at your computer clicking the same two or three buttons every minute.

For Total War veterans who are returning to the fold, you might be happy to know that there is a new type of Agent that you can utilise in the remaster - Merchants. In a sense, they're similar to Diplomats because they can be dispatched to establish trade links with other cities and political powers, but what separates them is that they also participate in what I will dub as a "commercial tug-of-war". Basically, Merchants can attempt to buy out other Merchants or even attempt to create a monopoly for you, which opens up the avenue for victory by "economic assault", something which wasn't present in the original title. 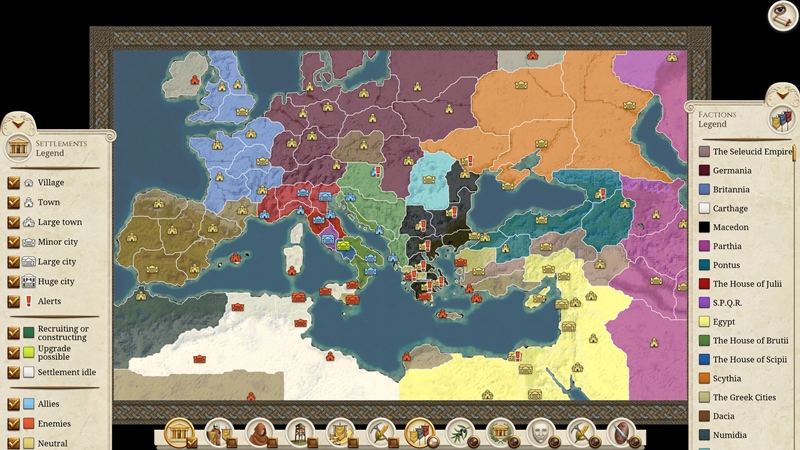 Moving on, the visual presentation also looks great for what is functionally a 15-year old game. Characters are rendered rather clearly, though amusingly some of their lines aren't in sync with their lip movements - it's a small issue. Speaking of visuals, TWRR's interfaces are quite detailed as well, providing information about everything from troop morale to public opinions and even the ages of your generals. But just like a steak that's been on the grill too long, Feral might have overdone it a little - it's so densely packed with information that it very quickly becomes overwhelming, especially for a first-time player.

To put it simply, any icon on the screen that remotely looks like a button probably is one, so when you put it all together the game really makes me feel like the RTS version of Alan Turing, and this just so happens to be my Enigma machine. Rather than having all the important information on one or two interfaces for easy reference, you'll have to go up against a medley of similar-looking icons on a screen that's already filled to the brim with unit deployments, ships and what-have-you. While I like having all of this information available, I don't need all of it 24/7 - having ten simultaneous interfaces on-screen is not something that I'd want to have to deal with, much less as a newbie.

Nothing beats a good fight 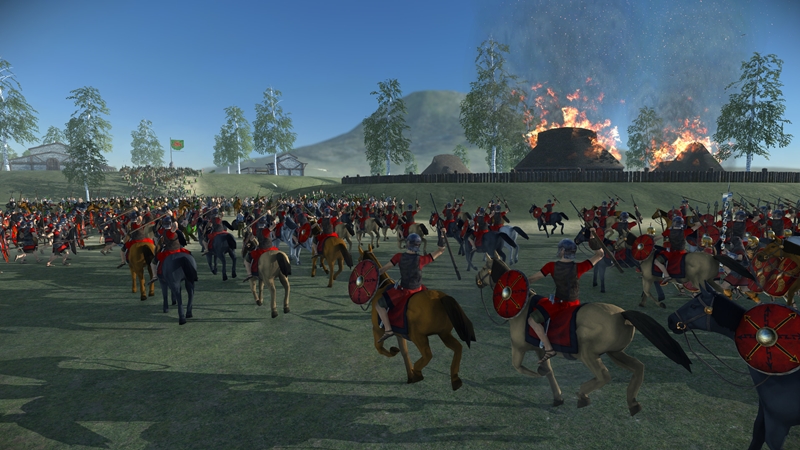 However, what I really did enjoy about TWRR are the troop battles and the top-notch audio, but let's get into the former first. Being able to really get into the nitty-gritty details of warfare is something that many other RTS games have failed to accomplish to the same degree Feral has in the Total War games, and they definitely deserve full points for that. I especially like how you can maintain near-perfect micro-control of each unit as they engage opponents, and when coupled with the rock-paper-scissors format for troop weaknesses, the game really makes you feel like a general taking charge of your fights. Honestly, it's quite refreshing to take a break from the usual base-building operation you've got going on in other strategy titles.

Still, I will say that the AI can be a little...suboptimal at times, particularly in terms of pathfinding. Despite the fact that Feral touted an improved AI, it's like they forgot to work on the one that was in charge of battles. Despite there being a clear path to an enemy squad right in front of them, my troops would sometimes take the long route around to attack, and by the time they got there, my opponent would already be putting up Christmas decorations. Ho ho ho - not. Needless to say, this proved to be slightly frustrating since timing is a crucial factor in deciding such battles. 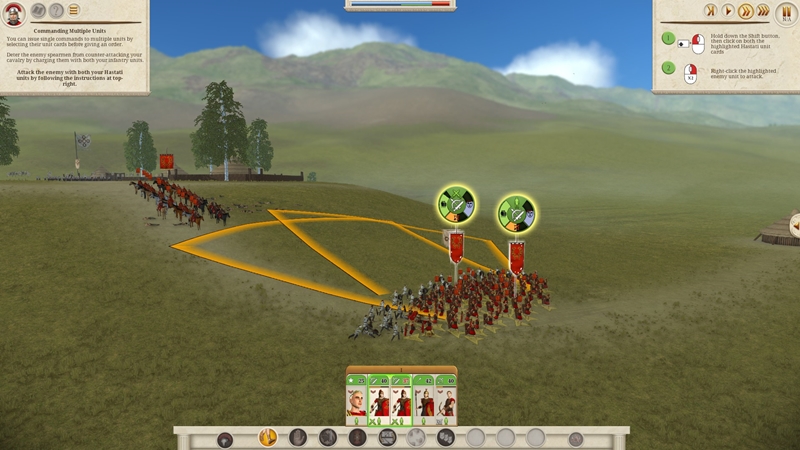 But we can't and shouldn't end this section on a negative note, so let's move onto the audio. Don't let anyone tell you different, old is still definitely gold when it comes to the TWRR soundtrack. I'm not that particular about the names of specific tracks, but the main takeaway is that the overall package is certainly very...shall I say, "inspiring"? On the main overview, you can have a mix of tranquil and ominous melodies, which quickly give way to the resounding booms and beats of battle music. Admittedly, I went to dig around the Internet out of interest afterwards, and I think one of my favourites for the latter is titled Barbarian Victory - and that is a vibe I can definitely roll with.

It's good, but certainly not the best 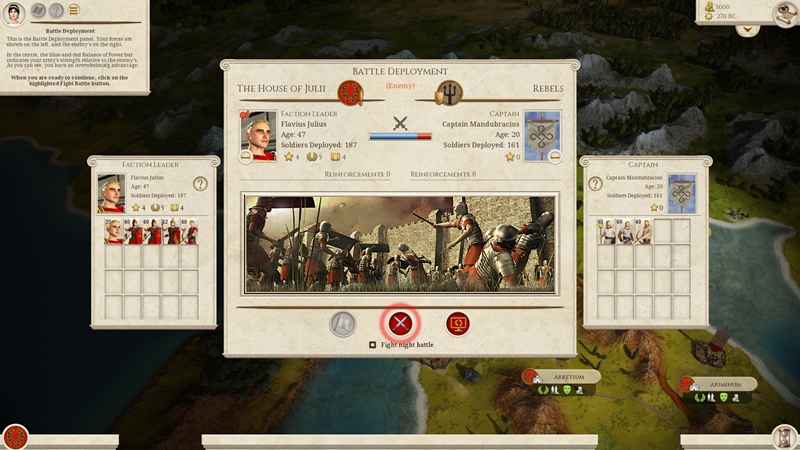 On the whole, I hardly think Total War: Rome Remastered is a bad game. I just feel that with modern titles such as Tropico 6, Sid Meier's Civilisation VI or even Total War: Rome 2 out there on the market, it's just not worth the effort getting into it anymore. On one hand, I do appreciate the new coat of paint and how rewarding the game can be after sinking a dozen or so hours into it, but the "overcrowding" of information, as well as the knowledge that newer RTS games are far more satisfying to play really turns me off.

Of course, this doesn't mean it's impossible to like or even love the game. The music and the excitement of troop battles are still great fun even after a decade and a half of collecting dust, and newbies are still welcome to take up the challenge if they're willing to put in the work. All I'm saying is that it lacks the perceived X-factor that once made it the cream of the RTS crop - it's a decent game for sure, but it's no longer the best you can get, even with the revitalised aesthetics and changes. Accordingly, it's an easy 7/10 in my book.

Write a Review
Aesthetics are decent all around
Gameplay is more in-depth and tactical than most strategy titles its age
Troop battles are pretty fun
The audio is a big plus point
Hehe cavalry go brrr
Formula feels basic compared to modern strategy titles
Amount of information can be overwhelming for first-timers
Combat AI often has pathfinding issues
Our articles may contain affiliate links. If you buy through these links, we may earn a small commission.
Sponsored Links