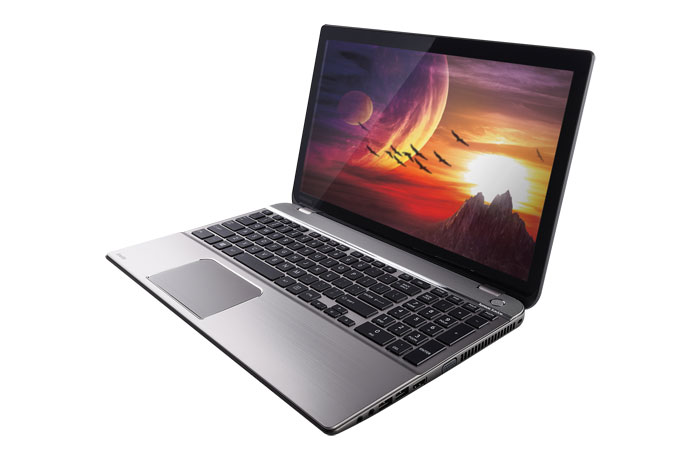 Recently, Toshiba unveiled a few new notebooks that consumers can expect to get in the second half of the year. Among the notebooks shown, the 15.6-inch Toshiba Satellite P50 stood out as one of the first multimedia notebooks in the market with a fourth generation Intel Core i7 -4700MQ, 2.6GHz processor.

Toshiba also touted it as one of the world’s thinnest 15.6-inch multimedia notebooks with discrete graphics (NVIDIA GeForce GT 745M). Despite having a built-in optical drive, the Toshiba Satellite P50 measures only 25.8mm thick. Now for those of you wondering what's the norm like, it used to be 30mm thick or more more (such as the HP Pavilion dv6 series that often characterize multimedia notebooks). From that perspective, the Satellite P50 is a little more than 15% slimmer than what you would expect and that's a good thing. We reckon the notebook might have had even slimmer dimensions if it had ditched the optical drive, but that's debatable for the folks who this notebook targets.

On top of being a thin and portable multimedia notebook, Toshiba also made an effort to price the Satellite P50 competitively. At $1699, it’s definitely priced reasonably so that students or casual users can afford the latest computing platform with a big screen and a full keyboard without much concern.

Surprisingly, the Toshiba Satellite P50 also features liberal use of brushed aluminum on its exterior and on the surfaces that users interact with the most -- lid, keyboard and palm rest. This makes the Satellite P50 look fairly attractive and more expensive than it really is. 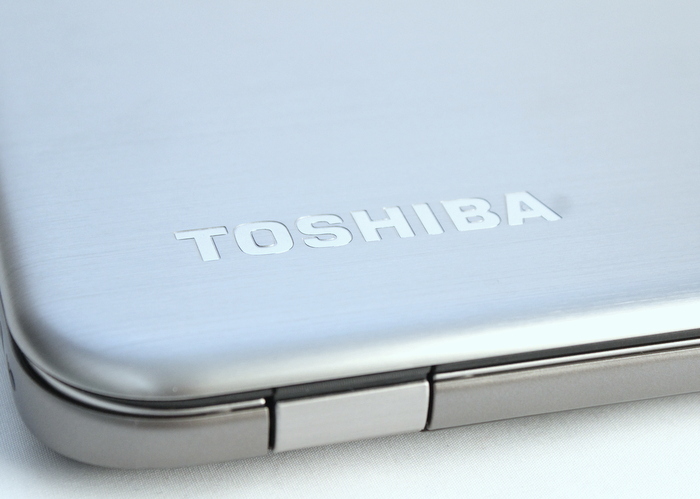 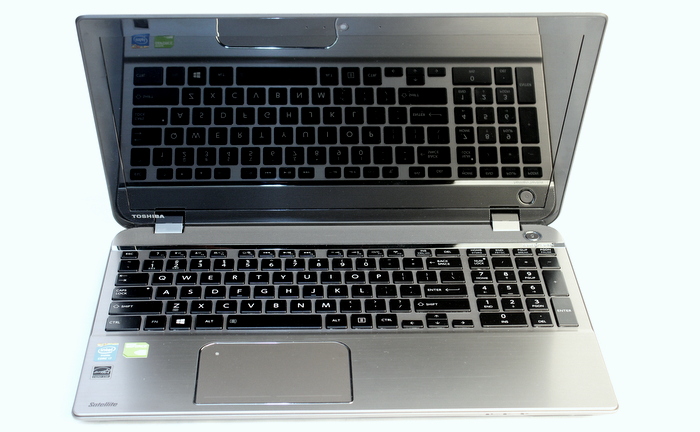 The selective use of aluminum on the machine also makes the P50 feel rigid and robust, even though the rest of the machine (the interior and bottom) is plastic. Fortunately, the plastic is fairly rigid and it isn't the sort that will flex or make the product feel cheap. Overall, we're content with the build. It's not something that's built for rough handling and knocks (expect dents and scratches), but at its price point, we don't expect it to be. That’s not to say you should handle it gently, but it will definitely be able to handle daily rigors of use. 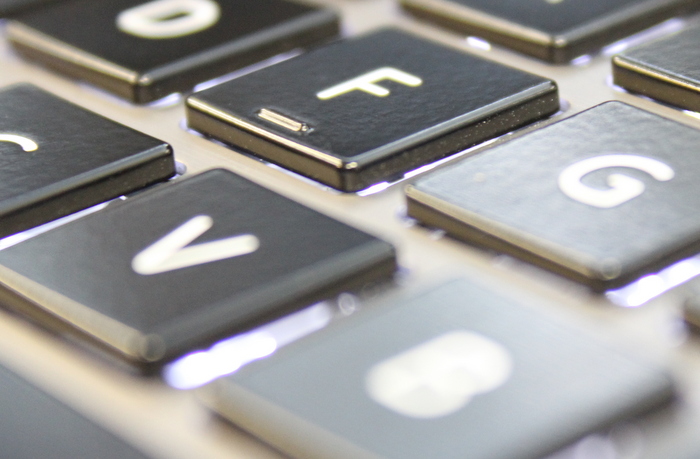 Thanks to the keyboard well and palm rest area made from a single piece of fairly thick aluminum, there’s hardly any flex from using the keyboard. Unfortunately the key travel for the individual chiclet-style keys on the Satellite P50 are quite shallow, like the keyboards you’d find on other Satellite branded machines.

The decision for a shallow key travel was likely to keep the machine as thin as possible, but it could also be related to maintaining uniformity on the kind of components used across their notebook models. While we’d prefer increased key travel and more audible feedback (the authoritative clickity-clack that makes typing so enjoyable), the good news is that the keys themselves have a reasonable amount of resistance, and this in-turn provides decent feedback for typists. This means users who prefer a quiet keyboard and are not particular about their notebook's key travel distance would have no problems adapting to it.

And because the Satellite P50 is not a small Ultrabook and is 15.6-inch multimedia notebook, Toshiba added a number pad instead leaving large swathes of empty space on the sides of the keyboard. This would be useful for users who need to deal with numbers regularly, or even gamers.

As for the multimedia capabilities of the Satellite P50, for starters, it has a full HD display (1920 x 1080 pixels resolution) that feels right at home on a 15.6-inch notebook. However take note that due to the type of display used, you would be able to make out very thin black lines between the pixels. Here's an illustration with a close-up photo shot:- 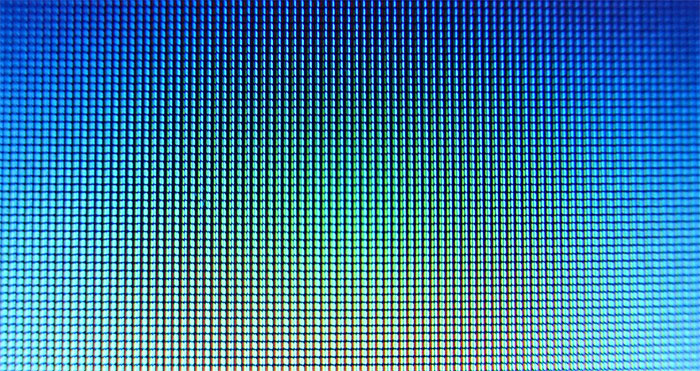 Fortunately we didn’t feel that it compromised the machine’s image quality. In fact, it's hardly noticeable unless you’re sitting nearer than the recommended viewing distance of at least 1 meter from the display. Viewing angles on the display was also found to be decent. We noticed that the screen showed fairly accurate colors even at awkward angles of view. This will bode well if you're viewing videos with a few friends at a table, or with your other half in bed. However, it's not a touch screen display and that means you can't enjoy the touch-friendly Windows 8 OS as it was intended to be. 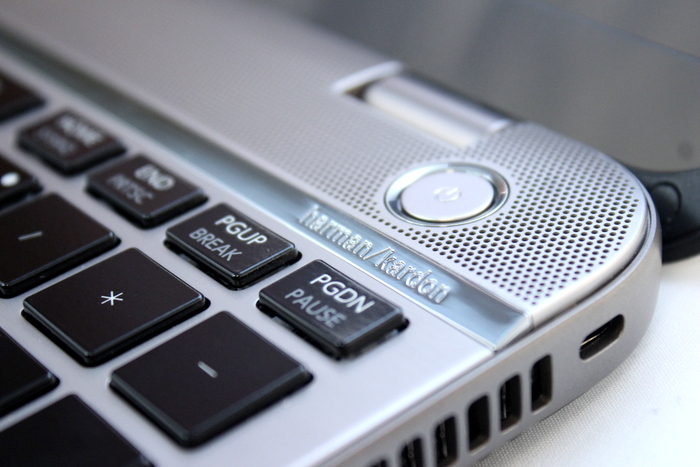 What really impressed us however, were the Harman Kardon speakers on the Toshiba Satellite P50. Audio from the speakers was much louder than anticipated and we found that it retained its clarity even at those loud volumes. Unfortunately, there was no sub-woofer integrated as part of the unit's audio system, which might have made the the P50 an even better value proposition. It's probably both a good and a bad thing because putting in an extra component means added cost and perhaps increased thickness. Furthermore, if not well tuned, the sub-woofer would not have made a positive impression. 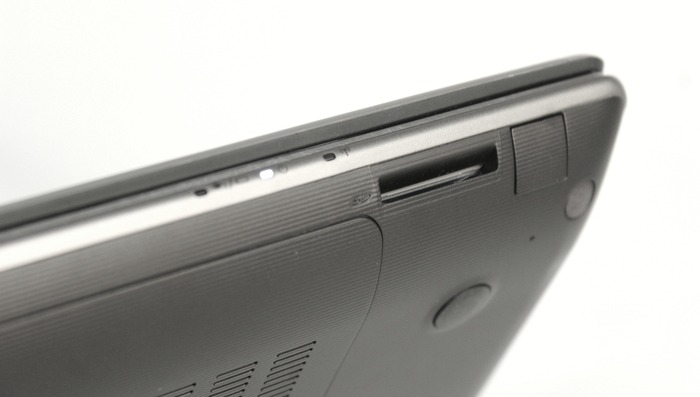 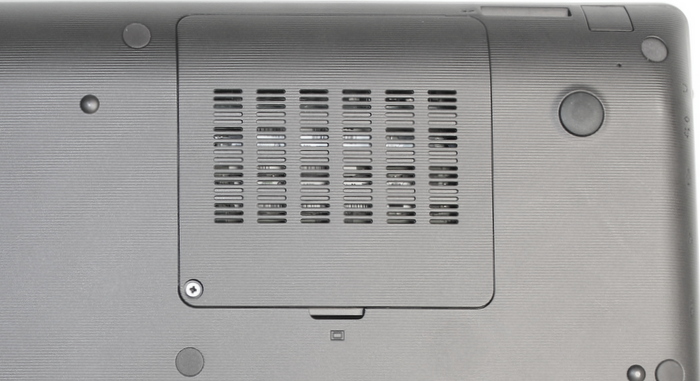 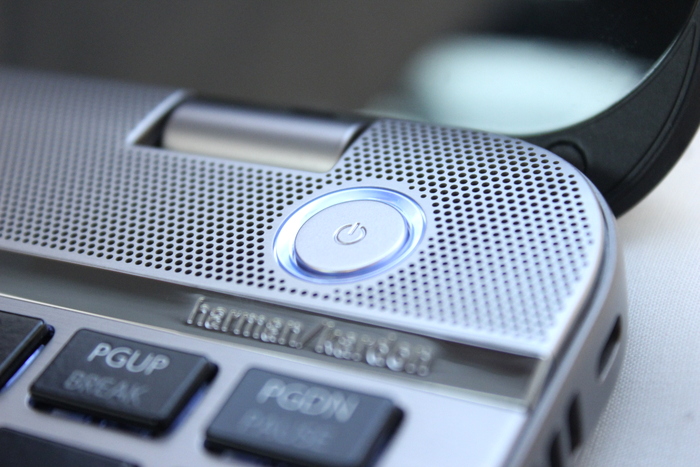