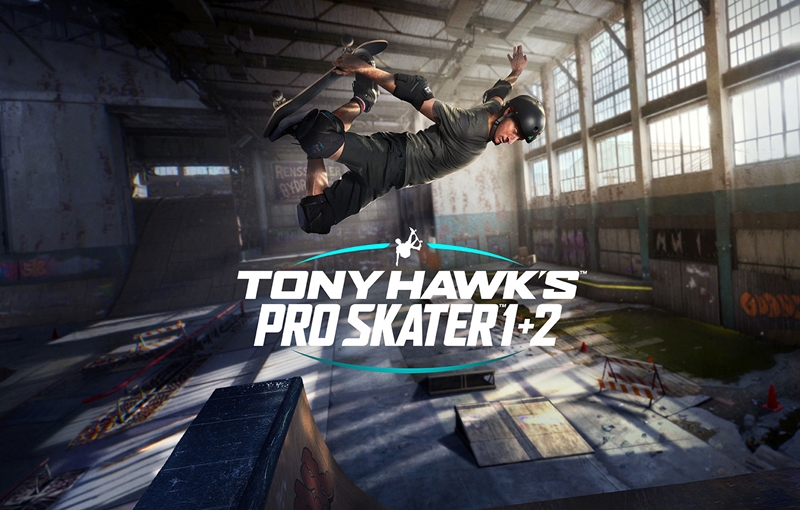 Crazy, fun and still cool as a cucumber after all these years - there's not much that really needs to be said about Tony Hawk's Pro Skater 1+2. It's a sleek remaster of the beloved skate sim for a modern console, presents nothing short of an absolutely chill gameplay experience, and it doesn't force microtransactions on you like a certain notorious combat game from a galaxy far, far away.

Developed by Vicarious Visions and published by Activision, it's no exaggeration to say THPS 1+2 is an absolute pleasure to play - 'nuff said. So, if you'll excuse me, there are some funky combos I'd like to try out.

Okay, fine, I'll say a little more, but only because I have to make my weekly writing quota.

So, what's the lowdown? When it comes to first impressions, many games like to leave players hanging just a little so they're enticed to play and find out more. But THPS doesn't bother with that crap, simply because it doesn't have to. And I prefer it stay that way, at least in this case.

What do I mean? Well, unlike many modern games that hype players up by showcasing action-packed cinematics, jam-packed DLCs, so on and so forth, there's no real need for a skate sim to "market" itself, so it doesn't care for it. Most of its pre-gameplay appeal is done through the series' reputation as a chill-out title, and ironically, this lack of deliberate advertising only makes it stand out even more among the throngs of games trying to shove action in your face. In a nutshell, you know what you're getting when you buy this, which is kind of refreshing.

The game doesn't hide its intentions - all you're supposed to do is to have fun and basically do whatever the hell you want. Whether it's grinding along the rails next to a California beach, creating your own skate park in Florida or wallplanting in Miami, the game puts a lot of emphasis on letting you be creative and  freestyle things - it's like the skate sim version of GTA so to speak, and the entire formula is as addictive now as it was way back when. Aesthetically, THPS really doesn't disappoint. The graphics are nothing short of brilliant, and it's actually quite exciting to see entire cityscapes rendered in high definition as you grind and flip through the streets.

Sure, it's not the best there is with many other games supporting ray-tracing and all that, but it does look much better than what we used to see on older console and handheld Tony Hawk games. In fact, the developers don't even cut the loading screens any slack, as you can see above.

Then there's the skaters themselves, each with their own unique look adapted from their real-life styles. The roster is quite extensive and includes everyone from the titular Tony Hawk to Tyshawn Jones and Leticia Bufoni, just to name a few. There's even a skeleton (yes he's playable) called Ripper, and if seeing a skeleton on a skateboard isn't god-tier wacky then I'm all out of suggestions. Needless to say, no skateboarder is complete without his or her skateboard, and the list of customisation options for both skateboards and your own custom skateboarder is pretty extensive. So, take your time to fiddle about with it and see what really fits your vibe. Because if it wasn't already clear, THPS isn't rushing you to complete challenges or clear levels.

The main course has arrived Speaking of which, let's start talking gameplay, and it's arguably the biggest slice of the THPS gaming pizza. Gameplay is fundamentally split into three parts (or four if you count the Create A Park). For those who like a bit of structure to their games, you can take on both campaigns (from THPS 1 and 2 respectively) for a spin, or you could do what I did and just freeskate through the levels with no agenda. Of course, for players who prefer to match their skills against others, there's Multiplayer too, where you can compete for high scores and take part in other fun challenges.

Most of the actual mechanics haven't changed from previous iterations in the series, and I admit my DS experience came in rather handy since the controls are generally one and the same. What I don't exaclty know, though is whether the roster of tricks have been expanded. After all, I've never followed pro skateboarding that closely, so suffice to say that the roster of tricks is as extensive, or even more so than before.

Since we're on the topic of tricks, we've also got to talk about the ability points, which you can presumably attain through the course of the campaign to level up your skateboarder. Like any conventional RPG, different point allocations enhance different aspects of play - you can spec for more air time if midaior grabs are your preferred tricks, or any of the other sections as and when required. At the end of the day, it all goes back to the  game's freestyle-focused angle. But as chill as the game is, there is also something to be said when you actually run out of things to do and tricks to perform. That, or you just got a little bored with the game itself. While this lack of long-term gameplay diversity is one of the things keeping the game from being a perfect ten, it's more of an innate series flaw rather than an aspect the developers overlooked. After all, they can't really add new tricks that don't exist (fans would probably call them out), and challenges can only do so much to improve playability in the long-term.

Wrapping up the combo Okay, so that's a pretty sizable flaw in the formula, but it's not everything. From aesthetics to gameplay mechanics and overall vibe, there are still many things that Tony Hawk's Pro Skater 1+2 got right on the test, and I honestly wouldn't hold that one hole against Vicarious Visions. They've done what they could to fix this gap, and as far as I'm concerned, I'm pretty content with the end result.

Essentially, the game is like all the other THPS titles - they're not meant to be taken seriously, and the only real goal here is to have a fun and relaxing time. Furthermore, the series is kind of evergreen, so even if it starts to get a little dull, you can always take a break and come back in future. Who knows, when that day comes you might find it just as exciting as when you first bought it, so in that sense, I daresay it's done exceptionally well.

Write a Review
Gameplay is relatively evergreen, easy to pick up and surprisingly addictive
Heavy emphasis on freestyle makes for a highly relaxing experience
Above average aesthetics, visuals and audio
Skeletons on skateboards
Can get a little repetitive after a while
Some maps aren't that exciting
Our articles may contain affiliate links. If you buy through these links, we may earn a small commission.
Sponsored Links