GPS Navigation For Your iPhone And iPad Just Got Better. 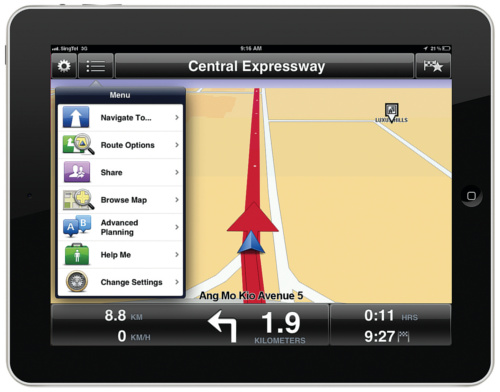 TomTom’s navigation apps for the iPhone aren’t new, having been available for quite some time now. The latest update to the TomTom Navigation app brings it to version 1.13, with the object of this review being the TomTom South East Asia edition, which comes with maps for Singapore, Malaysia, Indonesia, Thailand and Brunei, priced at US$69.99.

From version 1.10, TomTom integrated important social elements by integrating both Facebook and Twitter to the app’s already impressive laundry list of functions. For example, the app can access your Facebook profile’s events listings, letting you easily plan routes and navigate to the event venue. You can also share your destination and arrival time on Facebook or Twitter, as well as by email and SMS. You can even navigate to locations where your friends are checked-in via Facebook, or to friends’ addresses via your contacts. Even more interesting is that you can navigate via pictures, though this only works if you’ve enabled geo-location in the camera app, thereby geotagging the location for use as a GPS destination.

The TomTom app also works on the iPad (this feature was actually implemented in the version 1.09 release from late last year). The larger screen of the iPad lets the app display both the driving view and lane guidance information at the same time. This was especially fun to use on my (still functioning) first-generation iPad 3G, which effectively turns it into the largest GPS navigation device my car dashboard has seen yet. Best of all, if you’ve already purchased the app on your iPhone, you can simply download and use it on your iPad provided you’re using the same iTunes account. To add on, the newest version 1.13 update even allows you to backup and restore your settings and stored location information on iCloud, which is useful to call upon when you tend to use multiple iOS devices that have the TomTom app installed or when you need to restore your phone from scratch.

Map data is preloaded on your iPhone (or iPad), which does come in handy for when an active 3G connection is unavailable i.e. when traveling up north to Kuala Lumpur. Of course, if you’re planning to travel outside of South East Asia, you’ll have to shell out for the other TomTom navigation apps specific to the region you’re going to. TomTom also lets you download updates and changes to your map data via the Map Share feature.

Otherwise, using the app was pretty much a straightforward affair, though you’ll need to muddle through the interface for a while before you get the hang of things. Nitpicks: The the app doesn’t voice out road names, instead it just issues directions. It also doesn’t let you search for venues by name, and you can’t navigate to a location via postal code. What you can do is navigate to a street, or street address, which can be a bit of a hassle if you’re looking for a particular building by name instead of the street it’s on. Thankfully, version 1.12 and newer supports location selection via iOS6 maps, which can be used to plan routes on the TomTom navigation app.

Otherwise, the user interface shows pretty much all you need: average speed (it even warns you when you’re going above the speed limit), estimated time of arrival, and distance to next turning (destination too!). If you happen to go down the wrong road, the app recalculates the route pretty quickly. The app also smartly switches to night viewing mode in the evenings without user intervention.

While not entirely perfect, the TomTom navigation app is a great tool to have at your disposal while driving. Given that decent standalone GPS navigation devices with large screens tend to cost a few hundred dollars, it makes great sense to pick up that old 3G-enabled iPad gathering dust in your desk drawer, and give it a new lease on life. Last but not least, in case you need to know, the latest editions are resolution-compatible to iPhone 5 and iPad Mini too. 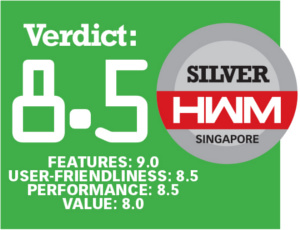