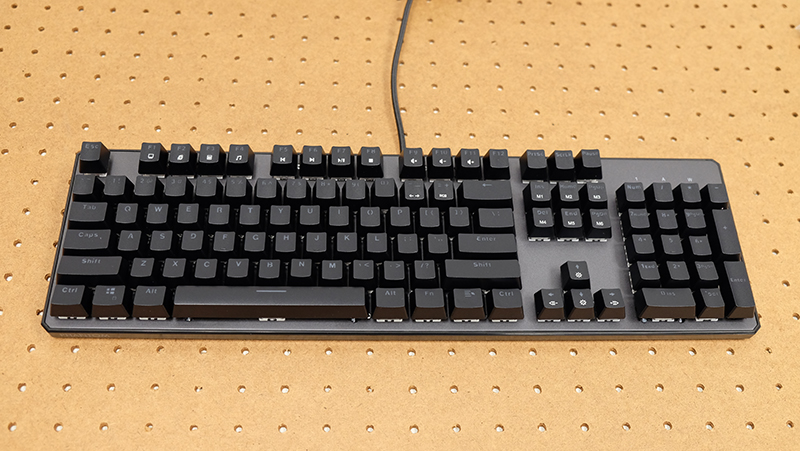 Earlier this year, I reviewed the Tecware Phantom, a mechanical keyboard that debuted at a super affordable price of S$79. The Phantom was quite impressive for its price, offering a rich feature set that included per-key RGB backlighting and support for modular switches.

However, one of the limitations of the original Phantom was its relatively limited switch selection. Despite its hot-swappable PCB, the Phantom’s PCB only took Outemu switches, which were available in just Blue, Brown, and Red variants.

Tecware’s looking to change that, however. The company is back with the Phantom Elite, which is basically the Phantom, but with a new PCB and a far wider selection of switches. And when I say wide, I mean you’ll have access to a mind-boggling array of switches, especially when compared to what you get with most gaming keyboards today. 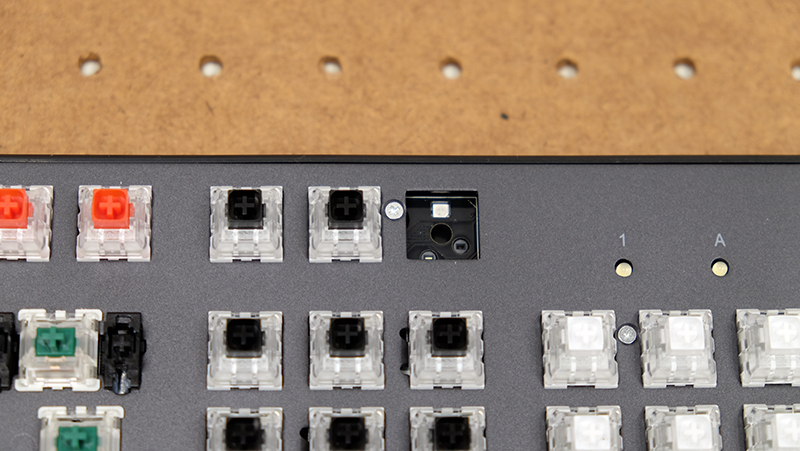 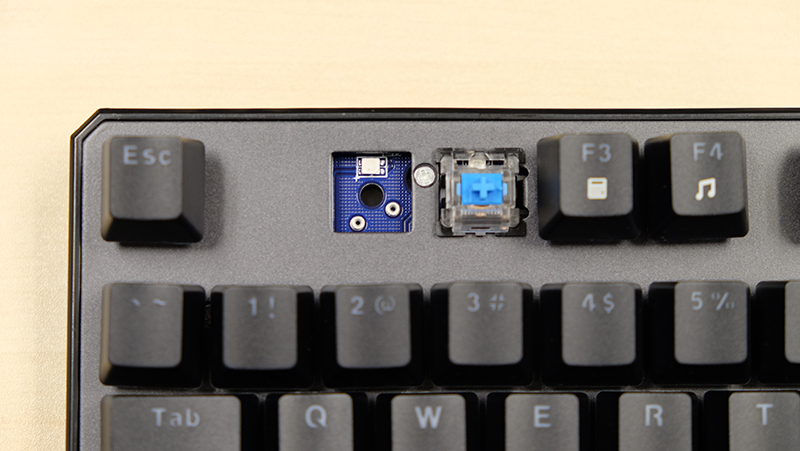 In short, Tecware is selling no fewer than nine switch types:

Gateron switches are generally pretty similar to their Cherry MX counterparts, so it’s really the Kailh Box switches I’m excited about. Outside of custom keyboards from a handful of smaller keyboard manufacturers, these switches are still quite hard to find, so it’s nice that you can now get them at a relatively affordable price.

The Phantom Elite will cost you S$69 without switches, and you’ll have to add on S$49 or S$29 for a box of 110 Kailh or Gateron switches respectively. That amounts to S$118 for the Kailh switches and S$98 for the Gaterons, which is still a really attractive price for a mechanical switch based keyboard. 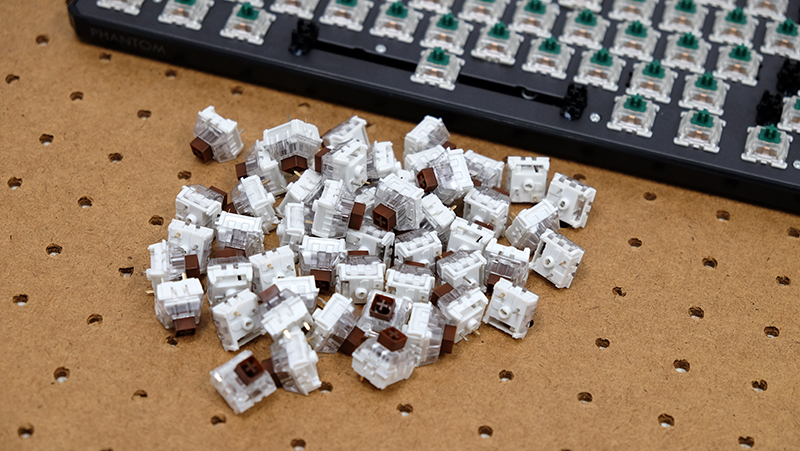 As someone who probably likes mechanical keyboards a little too much, the prospect of having more switch types available to a larger audience is pretty exciting. I think Kailh Box switches are great, and I think everyone should get to experience them.

Box switches derive their name from the box around the key stem. This box protects the switch from moisture and dust, which is why Box switches are able to boast an IP56 rating. They also have a slightly shorter travel and actuation distance than the more common Cherry MX switches, sitting at 1.8mm and 3.6mm respectively. However, the difference isn't perceptible in actual use, and box switches are among my favorite switches today. 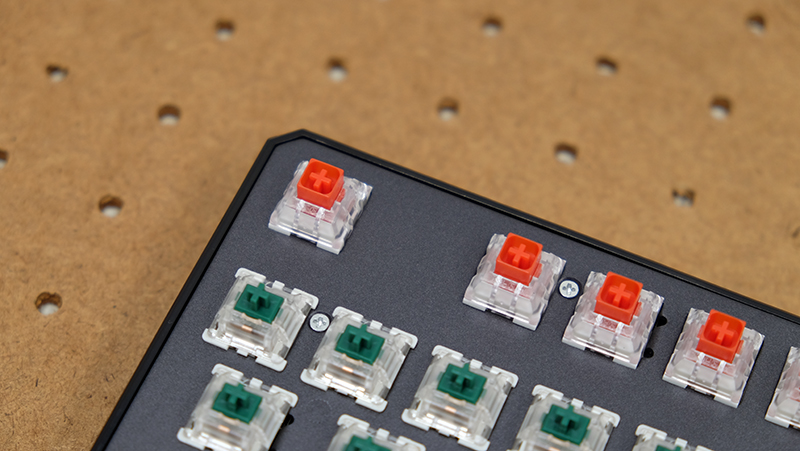 Many gaming keyboards today ship with some variant of Red or Brown switches, which I find to be too light. I've always been partial toward heavier switches, and it's nice to see Tecware offering a nice selection of these. I'm particularly fond of the Box White switches, which actuate with a less shrill click than Cherry MX Blues.

Those of you who follow the mechanical keyboard scene may also have heard about the debacle surrounding the thickness of the Kailh stems. The stem is the cross-shaped part of the switch that interfaces with the keycap, and there were reports that the stems on the box switches were a little too thick, which possibly resulted in some keycaps cracking. The company has since adjusted its switch specifications and reduced the stem thickness. Tecware sells switches built to the new spec, so there's no need to worry about this. 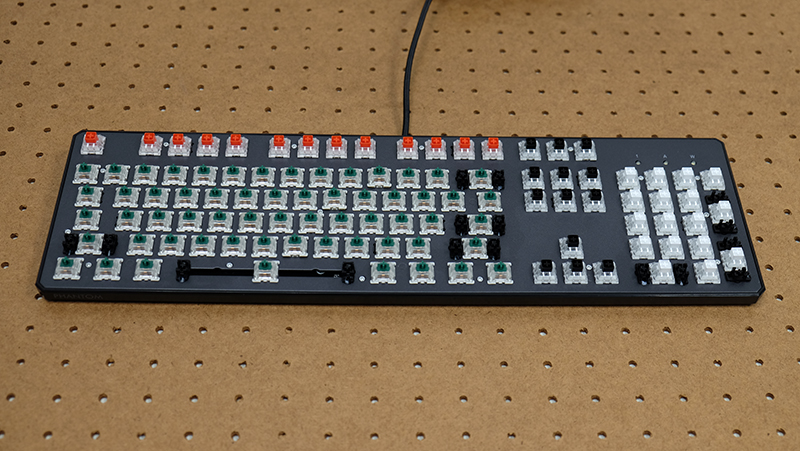 The hot-swappable PCB lets you swap out the switches any time, and even mix more than one switch type on the same keyboard, which leaves plenty of room for experimentation. That said, while the process sounds simple on paper – simply use the bundled switch puller to grab the switch and pull it out – you still have to exercise some care. The two pins at the bottom of the switch are really fragile, and you've to make sure they're aligned with the holes on the PCB before pushing them in (the last thing you want is the pins bending).

In addition, the switch sockets themselves don't have anywhere near the same endurance as the switches themselves. They aren't rated in terms of millions of switch swaps, so I just want to point out that you shouldn't buy this expecting to be able to change the switches with impunity.

When it comes to the Phantom Elite itself, pretty much everything I said about the Phantom applies here as well. This means per-key RGB backlighting and macro recording, in addition to the ability to set up to three custom profiles in Tecware's software utility.

There are also up to 18 different lighting presets, in case you don't feel like creating your own. These can be accessed directly on the keyboard itself. They can be triggered by hitting Fn and one of the six keys in the Home cluster. Each key is bound to three different presets, and you can cycle through them by hitting the key again. You can also switch between nine different LED colors using a combination of the Fn and RGB key

In addition, the Phantom Elite is equipped with surface-mounted LEDs, which means they sit directly on top of the PCB, instead of being mounted on the switch housing. That's obviously a key part of the modular design, and the LED is also positioned directly beneath the key legends, so you get rather even illumination.

Tecware made a conscious effort to ensure that all the legends are lighted evenly. Take the number row for instance – while most keyboards tend to place the secondary symbols below the numbers, the Phantom squeezes both next to each other, so they’re both located directly above the LED. It’s a small detail, but it’s also one that many keyboards overlook. 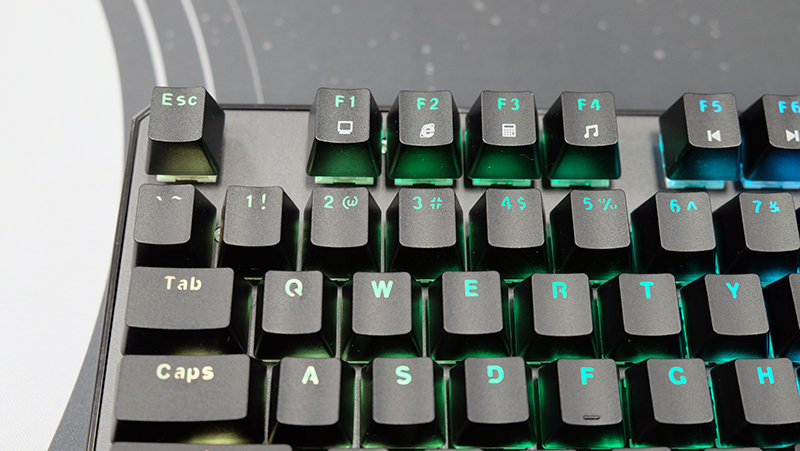 The doubleshot-ABS keycaps make a reappearance on the Phantom Elite as well. They're still a rarity on keyboards that cost twice (or even thrice) as much, so I really appreciate what Tecware is doing here. These comprise of two different pieces of plastic molded together, so the legends won't fade over time. 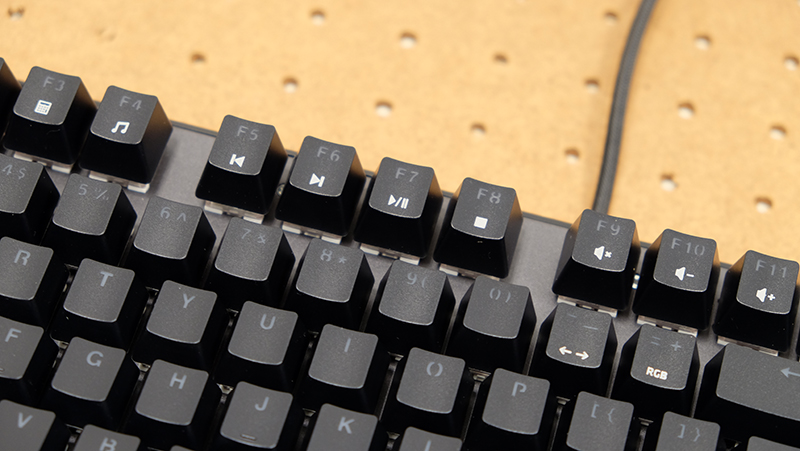 Like the Phantom before it, build quality on the Phantom Elite is surprisingly solid for its price. There's hardly any discernible flex to the body, despite it being a large 104-key model. Of course, the Phantom Elite doesn't feel quite as premium as something like Filco's Majestouch 2, and maybe the lighting isn't quite as bright or vibrant as it could have been, but you can't really complain given the price. 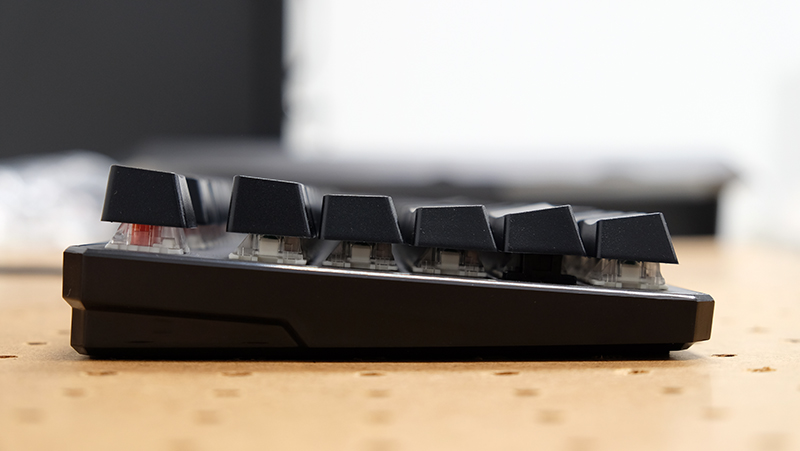 There are small additions that give the impression of a thoughtful design as well, such as cable routing channels on the underside and a small nook to stow the keycap puller. 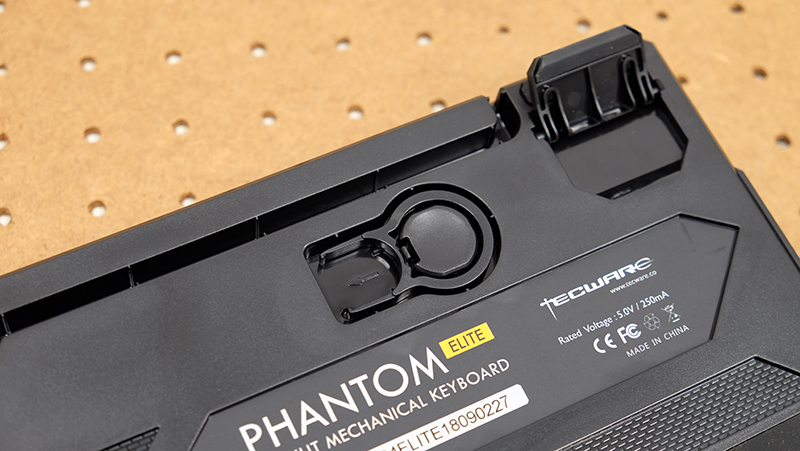 All things considered, the Phantom Elite is one of the most attractive keyboards you can get right now on a budget. For someone wondering what mechanical keyboards are all about, the Phantom Elite is a great entry point. Better still, you can even install different switches on it so it's a great way for curious types who want to try new switches but don't want to pay for a whole new keyboard. Furthermore, while Tecware is offering just nine switches now, the Phantom Elite should technically work with plenty other switches, if you know where to look.

Write a Review
Compare This | Specifications
Great value for money
Per-key RGB lighting controls
Doubleshot keycaps
Hot-swappable PCB lets you try out different switch types with ease
No detachable cable
Hot-swappable PCB isn't always the most reliable
Our articles may contain affiliate links. If you buy through these links, we may earn a small commission.
Sponsored Links