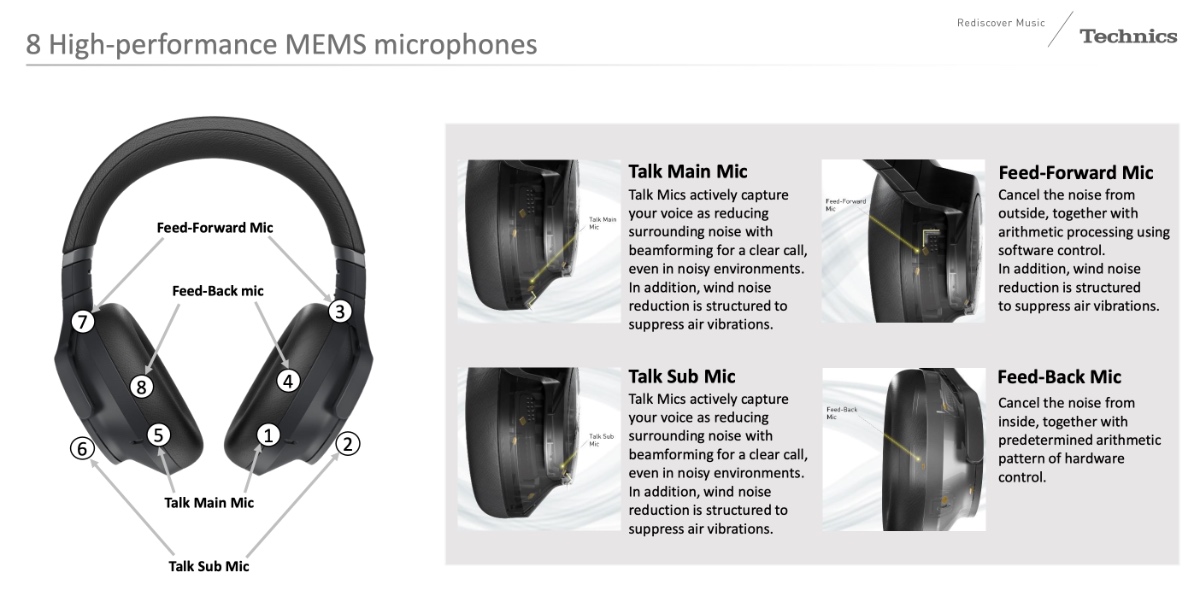 The EAH-A800 has a whopping 8 microphones. Four are used for voice calls and another four for the ANC feature.

Similar to other high-end headphones and earbuds with ANC, the EAH-A800 uses a combination of feed-forward and feedback mics, where they are used to listen for noise outside the earcups as well as within the earcups. The system’s effectiveness is remarkable because the EAH-A800 successfully suppresses a good amount of unwanted environmental noises. I live next to a major arterial road and I’m completely unaware of the cars passing. Even with a fan blowing at me, I could only hear the faint hum of wind noise. It’s certainly very good but I’m afraid Sony and Bose are still very slightly better.

The EAH-A800 uses its noise suppression technologies for its voice microphones too. As I mentioned earlier, there are four beamforming mics. These mics have special wind noise reduction structures. Your voice is then analysed by the headphone and then unwanted noises are filtered out. Voices sound quite natural and the noise suppression technology is mostly effectively. However, it can be tripped up from time to time if you move around in a noisy space, which results in sudden burst of noises. But if you keep still and the noises around you are relatively constant, the headphones do a good job of squashing unwanted surrounding noise. 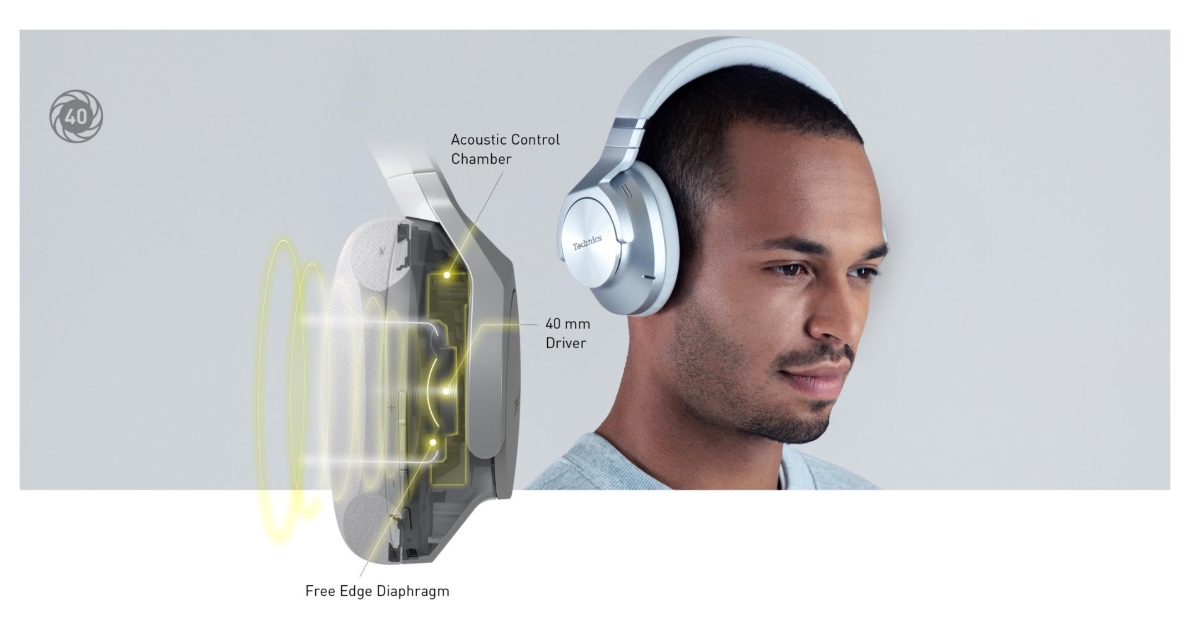 Technics makes a huge deal about the EAH-A800’s sound quality. To start, apart from the usual AAC and SBC, there’s also support for LDAC which uses a higher bit-rate. Having higher bit-rate means your audio is less compressed and should – in theory, at least – sound more natural and better.

Additionally, it has a complicated driver system. The drivers are 40mm large with PEEK (polyether ether ketone) diaphragms. PEEK is a thermoplastic polymer that is ideal for audiophile applications because it’s light yet rigid, which means it reacts quickly to input and has low distortion. Furthermore, within the ear cups are specially tuned Acoustic Control Chamber that allows for proper airflow so that the driver can perform at its maximum potential.

The end result is exceptional. The short story here is that it is hands down the best-sounding wireless ANC headphone I’ve heard. Technical performance was good. Transients are crisp and sharp, and notes have a natural and convincing-sounding decay. The sound stage it projects is relatively wide and the imaging is excellent. Separation is good too so it never sounds congested or confused.

As for its frequency response, the first thing I noticed was the airy and smooth quality of the treble. It has some sparkle and a crystalline quality to it but Technics has reined it in masterfully so it never becomes tiresome or harsh. The bass was excellent too. There’s real sub-bass here and the EAH-A800 digs deep. So bass notes sound full-bodied and natural, and not just fat in the mid-bass and lacking meat everywhere else. The only disappointment was the mids, which are strangely veiled and not as clear as I thought they should be. Vocals, in particular, ended up sounding a little muffled.  Fortunately, this problem can be mitigated by using the app and its EQ function to lift the mids. Overall, the EAH-A800 sound signature leans toward being neutral but with a nice bass boost.

Compared to the Sony WH-1000XM4 and Bose QuietComfort 45, the EAH-A800 is handily the most balanced and refined sounding. The Sony is more energetic, exciting, and edgy. The Bose, on the other hand, sounds the most neutral – almost plain, even. 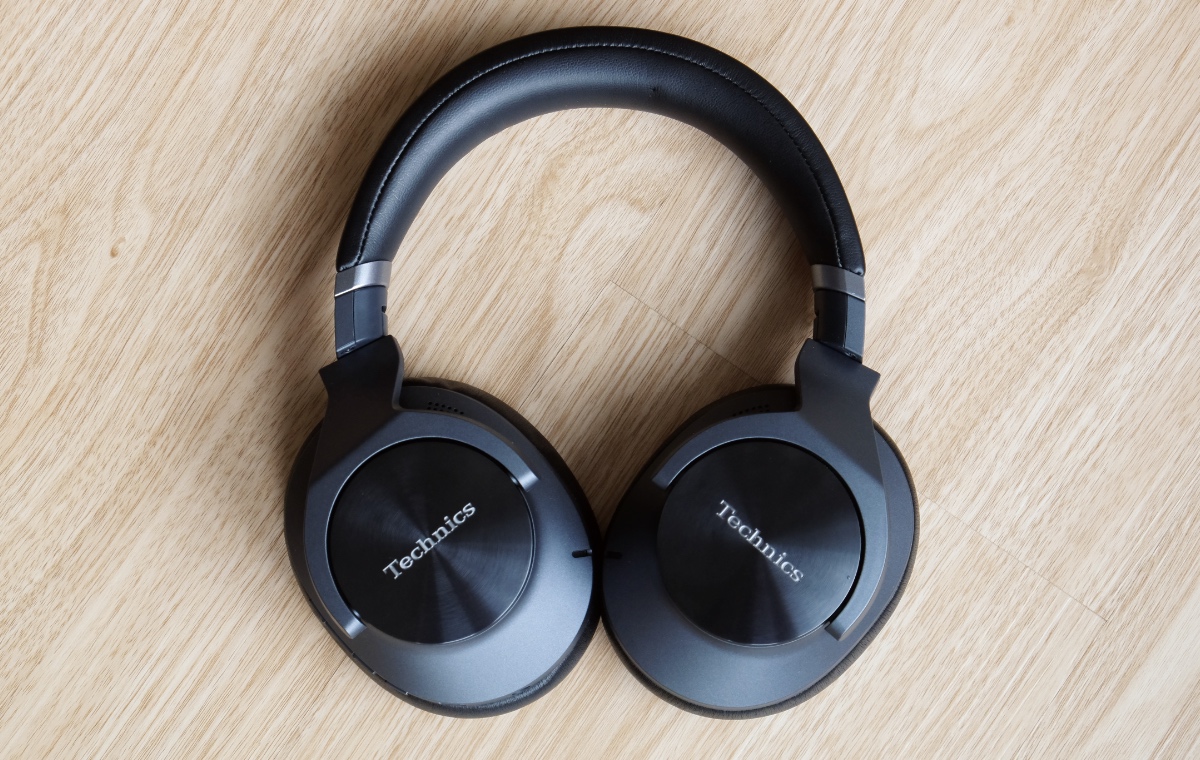 The EAH-A800 appears to have been designed by Technics for audiophiles. The drivers are immensely capable and the tuning is much more balanced, complete, and refined compared to its closest rivals. Audiophiles or discerning listeners have always viewed wireless ANC headphones with disdain but I think most of them will find themselves pleasantly surprised by how the EAH-A800 sounds.

Excellent acoustics aside, support for LDAC will surely please audiophiles with pricey digital audio players. And the high level of customisability via the app should appeal to an audiophile’s penchant for control and love of experimentation since the EAH-A800 responds agreeably to EQ. Another point worth mentioning is its insanely long battery life.

My only real complaints are that its ANC function isn’t as competent as its rivals, and comfort depends greatly on how you position it and how tolerant you are of heavier headphones. Price is also a bit of an issue because at S$499, it certainly isn’t what you’d call cheap. Still, its performance does somewhat justify the high cost. And to be fair, S$499 is the same as what Sony and Bose are asking for their flagship wireless ANC headphones.

All in all, the EAH-A800 is a triumph for Technics. The Sony and Bose with their more effective ANC and more stylish design might be better for most people. But if you are a fussy listener or if you fancy yourself an audiophile, I think the EAH-A800 is one wireless ANC headphone that you will appreciate and love.

Write a Review
Compare This | Specifications
Excellent sound
Support for SBC, AAC, and LDAC
Multi-point support
Highly customisable via app
Very long battery life
Well-accessorised
ANC isn't the best
No support for any aptX codec
Fit can be fussy
Pricey
Our articles may contain affiliate links. If you buy through these links, we may earn a small commission.
Sponsored Links