Synology DiskStation DS1511+ - A Beast of a Network Storage Solution

A Beast of a Network Storage Solution. 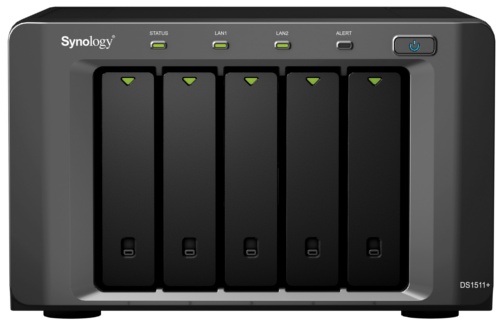 Synology’s DiskStation DS1511+ is pretty much their top-end product for now, discounting their lineup of rack-mounted storage solutions. What’s more, if having five drive bays and the potential of 15TB of storage isn’t enough for you, Synology also offers expansion capabilities via a pair of DX510 storage boxes, which connect to the DS1511+ via eSATA. As each DX510 box also accommodates the same number of drives, this brings the total storage potential of the DS1511+ up to a whopping 45TB. Granted, not many small or medium businesses will have this much data hanging around, but given the cost of investing in a DS1511+, having the option is certainly welcome.

Software-wise, Synology regularly updates their excellent DiskStation Manager software, with DSM now hitting version 3.2. As it is, buyers of the DS1511+ would likely already have some working knowledge of a NAS. As such, the slew of settings, options and features that DSM 3.2 provides makes this one of the better NAS software interfaces around. Nevertheless, Synology could admittedly start doing more to make the interface a little more newbie-friendly, such as providing more function-specific explanations within menus, as vendors like QNAP are fast catching up with interfaces that are just as well-designed, if not better.

Installation is easy enough, simply screw your hard drives to the drive bay racks and slide them in. Next, download the latest DSM software from the Synology website, of which installation takes no more than a couple of minutes. After that, login to the NAS via web browser, set up your drive volume and shared folders, and you’re pretty much good to go, assuming of course your network cabling and setup has all been done prior. Link aggregation is also supported on the DS1511+, though you’ll need a machine with dual Gigabit Ethernet ports, as well as a managed switch, both of which need to be LACP (link aggregation control protocol) –compliant.

Horsepower from the DS1511+ comes from an Intel Atom D525 dual-core processor running at 1.8GHz, while you get 1GB of DDR2-800 memory on-board, with the option of expanding to a maximum of 3GB. Thankfully, access to the SODIMM memory slot for this purpose is easy enough; simply remove the external casing. All this speed also means that performance is top-notch. In the case of benchmarking with the Intel NAS Performance Toolkit, HD Video playback and record scored 82.6MB/s and 97.9MB/s respectively, while content creation and office productivity scored 10.7MB/s and 25.8MB/s each. File copies to and from the DS1511+ averaged 100.9MB/s and 78.4MB/s respectively, while directory copies to and from averaged 12.0MB/s and 12.9MB/s respectively.

Bottom line, the DS1511+ is certainly impressive. It’s one of the fastest NAS boxes you can get today. 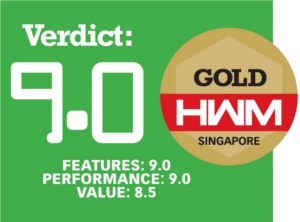