SuperSolid Gemini One gaming mouse review: Jack of all trades

SuperSolid Gemini One gaming mouse review: Jack of all trades 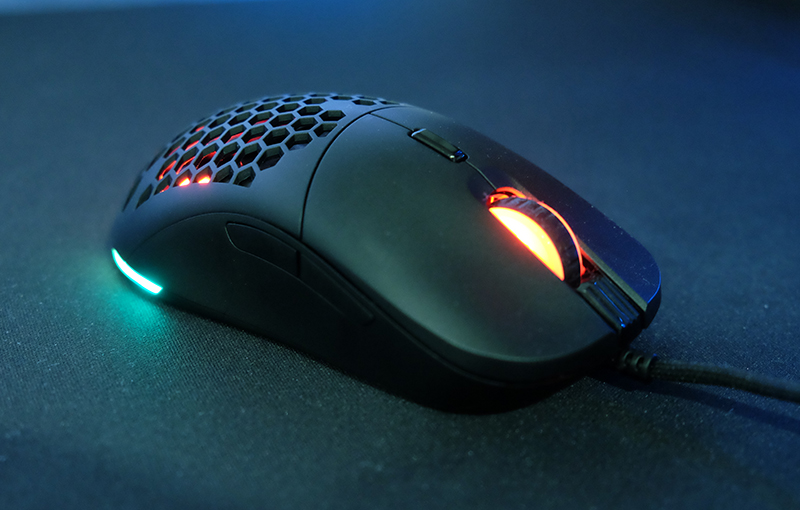 A mouse for everyone

Homegrown startup SuperSolid is better known for its range of affordable gaming monitors, but it's since ventured into the peripherals space with the DreamType DT-001 mechanical keyboard. The brand new Gemini One mouse joins the DreamType keyboard in the company's selection of affordable peripherals, and it shares much of the latter's design philosophy – pack in plenty of in-demand features and slaps an accessible price tag on it.

The Gemini One is SuperSolid's first-ever gaming mouse, and it's a prime example of how to make a super safe mouse that will appeal to as many people as possible. At 75g, it attempts to make a play at the ultralight category, while also pandering to people who still prefer heavier mice with a customisable weight system. There are a total of 12 weights, each weighing 1.25g, and you can get the weight of the mouse up to 97g if you want to. SuperSolid is trying to capture as wide a swath of gamers as possible, but I still find the weight system a little dated and unnecessary. 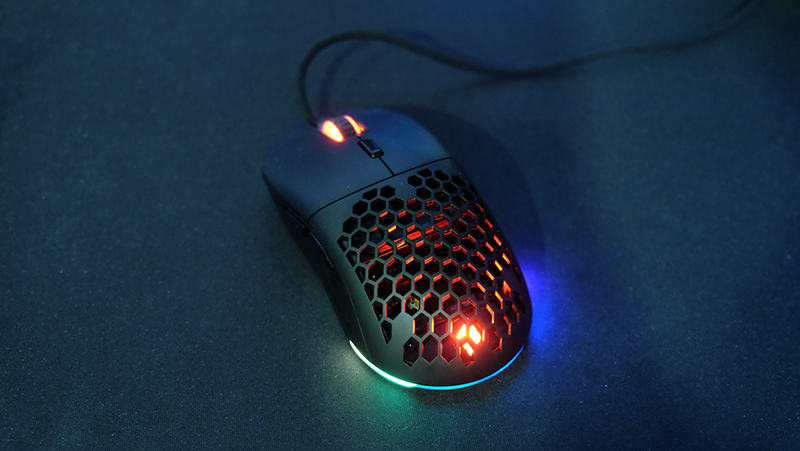 It's simple enough to use – simply insert the weight cartridge into the slot in the middle of the mouse and push down to lock it in place. To remove it, just lift up the tab on the cartridge. You can do things like adjust the weight distribution of the mouse by playing around with the configuration of the weights, but I'm not convinced that such a weight system is actually needed. For the most part, ultralight mice drastically improve your gaming experience, and I think including a weight system needlessly incorporates an inferior design that doesn't really confer a whole lot of benefit. 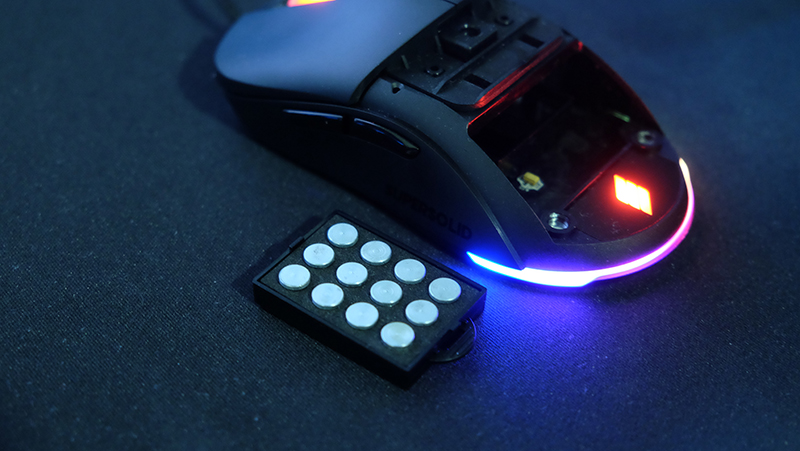 Perhaps some folks feel that a heavier mouse is easier to control, but I believe they're in the minority. Once you get used to a lighter mouse, it feels vastly more agile and easier to make micro-adjustments with. 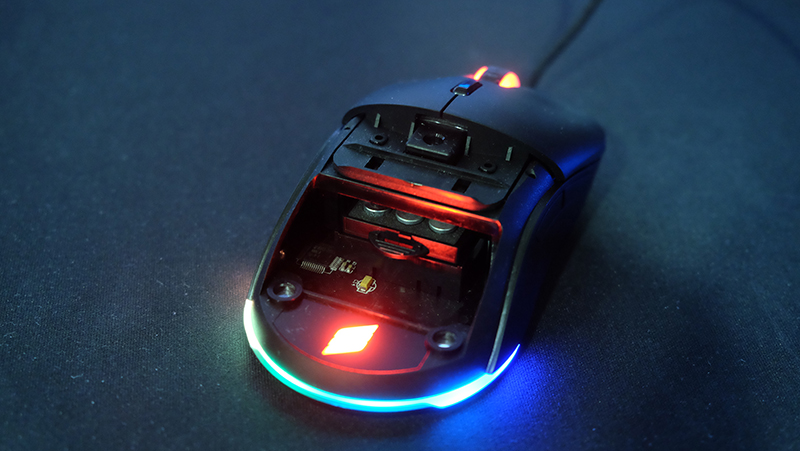 Elsewhere, the Gemini One continues to offer plenty of choice for users. The bottom half of the shell can be removed, which is how you insert the weight cartridge, but you also have a choice between a lighter honeycomb shell and a solid panel that others might find more comfortable. These interchangeable magnetic covers let you reduce the weight of the mouse by 3g if you opt for the honeycomb cover. On top of that, the mouse features modular, magnetic side buttons in the style of the first Logitech G Pro Wireless. You can opt to install side buttons on both sides, or install flat covers to suit your handedness.

This isn't the only similarity with the G Pro Wireless however. The shape of the mouse is practically identical to Logitech's popular wireless offering, which means it's a very safe shape that is extremely comfortable to grip. It is a medium-to-large mouse that is better suited to bigger hands, but just about anyone will be able to palm it very comfortably. Ergonomic contours on the side let you rest your thumb and ring finger, and the position of the hump toward the centre means that the claw and fingertip grips aren't excluded either. 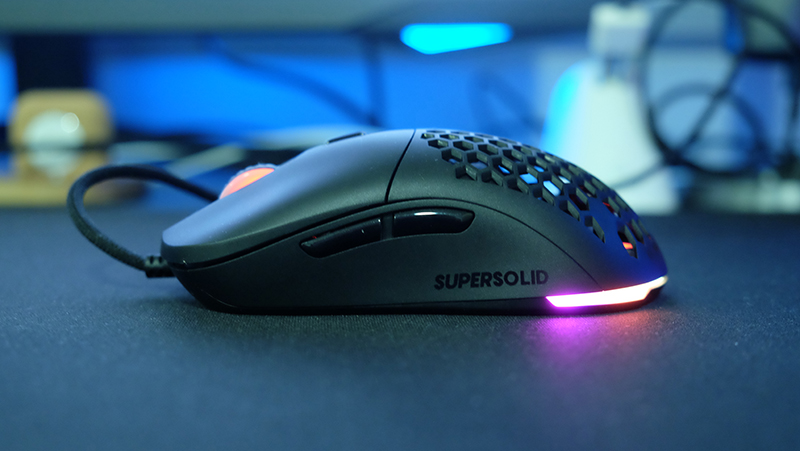 Build quality is solid with no noticeable flexing or creaking, and there is minimal side-to-side wobble on the primary buttons. However, the feel of the buttons could be improved. There's a bit too much post-travel on the side buttons, and the right mouse button sports more post-travel than the left so the feel can be a bit inconsistent. The DPI button is also a bit too stiff, and it feels like the button is resisting you when you press down. The scroll wheel is built better, and it's relatively quiet with well-defined notches.

The sensor is a 16,000DPI PixArt PMW3389 optical sensor, one of the leading sensors on the market. As expected, tracking was flawless, with no apparent jitter or acceleration. 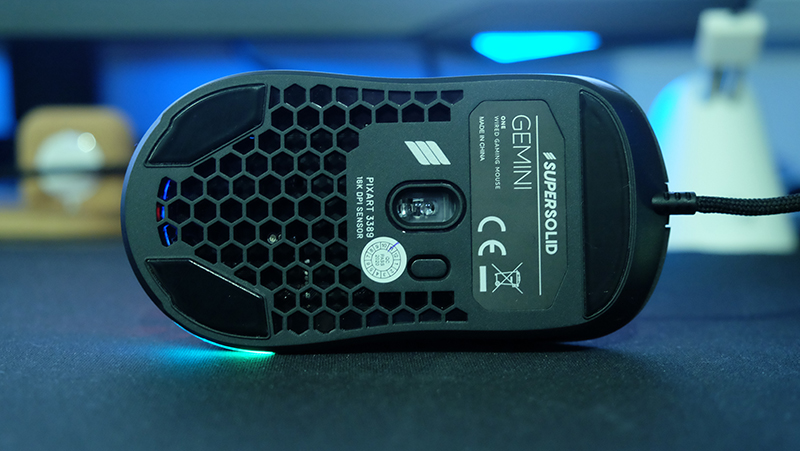 SuperSolid has included a flexible, paracord cable with the mouse as well, much like many of the top mice available today. The cable could be a bit more supple, but it can still be used without a mouse bungee for the most part. The cord also exits the mouse pretty high up, so it doesn't really drag on your mousepad. The PTFE feet feature rounded edges and glide smoothly out of the box. They are dyed black however, which means they're probably not pure PTFE.

Finally, you can tweak the RGB lighting using the button at the bottom of the mouse. The Gemini One comes with a sleek underglow and internal lighting, alongside an illuminated scroll wheel. 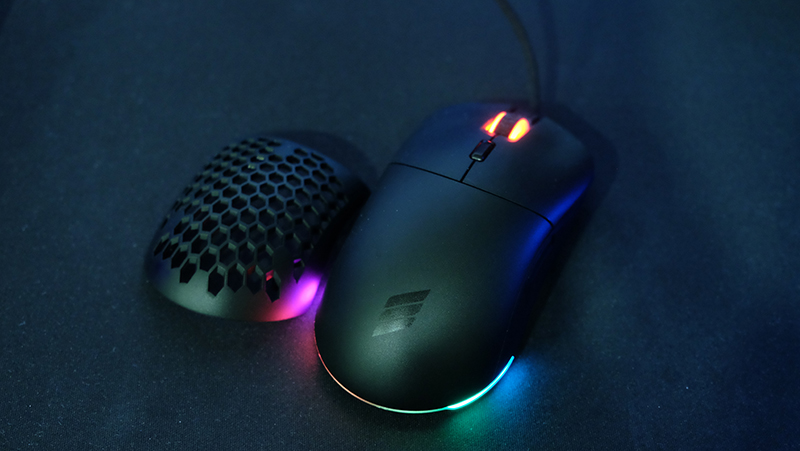 The SuperSolid Gemini One is pretty affordable at S$89, but I do think it could have been even cheaper if SuperSolid had just ditched the weight system entirely. It's basically a more accessible, wired version of the Logitech G Pro Wireless, so if you want that shape but are put off by the prohibitive price, this is a decent alternative. It's not perfect, however, and the feel of the buttons could be improved.

But all things considered, the Gemini One is a very versatile mouse for the price. If you like the shape of the G Pro Wireless, or just want a comfortable mouse that works great with the palm grip, this should be right up your alley. The ambidextrous shape and interchangeable, magnetic side buttons also mean that it'll work for you even if you're left-handed. It's not a particularly novel or original design, but it doesn't have to be for it to be a solid mouse. All in all, it's a very respectable first mouse from SuperSolid.

If you're keen to purchase one, you can do so at the parent brand's Shopee Official Store (Dreamcore) or at Dreamcore's direct e-store.

Write a Review
Compare This | Specifications
Modular, magnetic side buttons allow it to cater to both left- and right-handers
Safe, comfortable shape
Versatile design with the option to choose between honeycomb and solid shells
Flexible paracord cable
Side buttons have excessive post-travel
Weight system feels unnecessary
Our articles may contain affiliate links. If you buy through these links, we may earn a small commission.
Sponsored Links