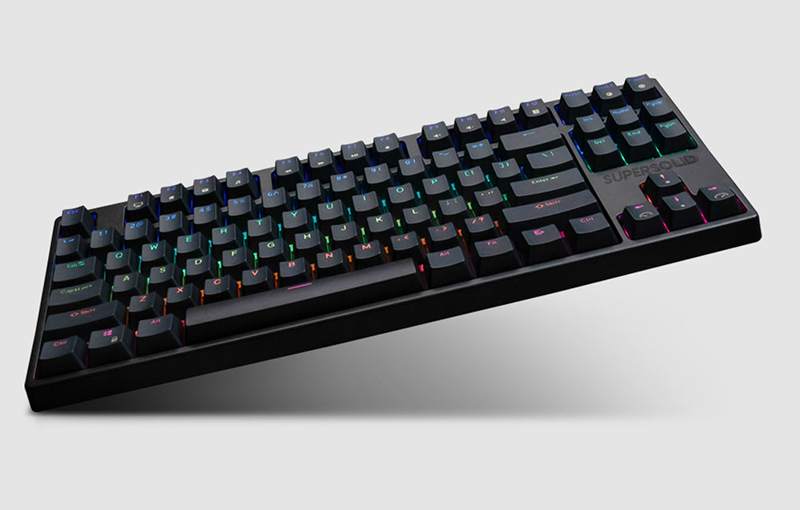 Another affordable mechanical keyboard for the local market

God knows there's no shortage of mechanical keyboards these days, but that hasn't stopped SuperSolid from trying its hand at grabbing a slice of the pie. I'm sort of glad it did too, because the DreamType DT-001 is one of the best entry-level mechanical keyboards I've come across. At S$129, the DT-001 isn't as cheap as some of Tecware's sub-S$100 offerings, such as the Phantom Elite 87, but it feels overall better made and a tad bit more polished.

The DT-001 takes a similar approach as SuperSolid's slate of monitors – it is a no-frills keyboard that focuses on the essentials, keeping the price down by cutting out anything that doesn't meaningfully contribute to the overall typing experience. 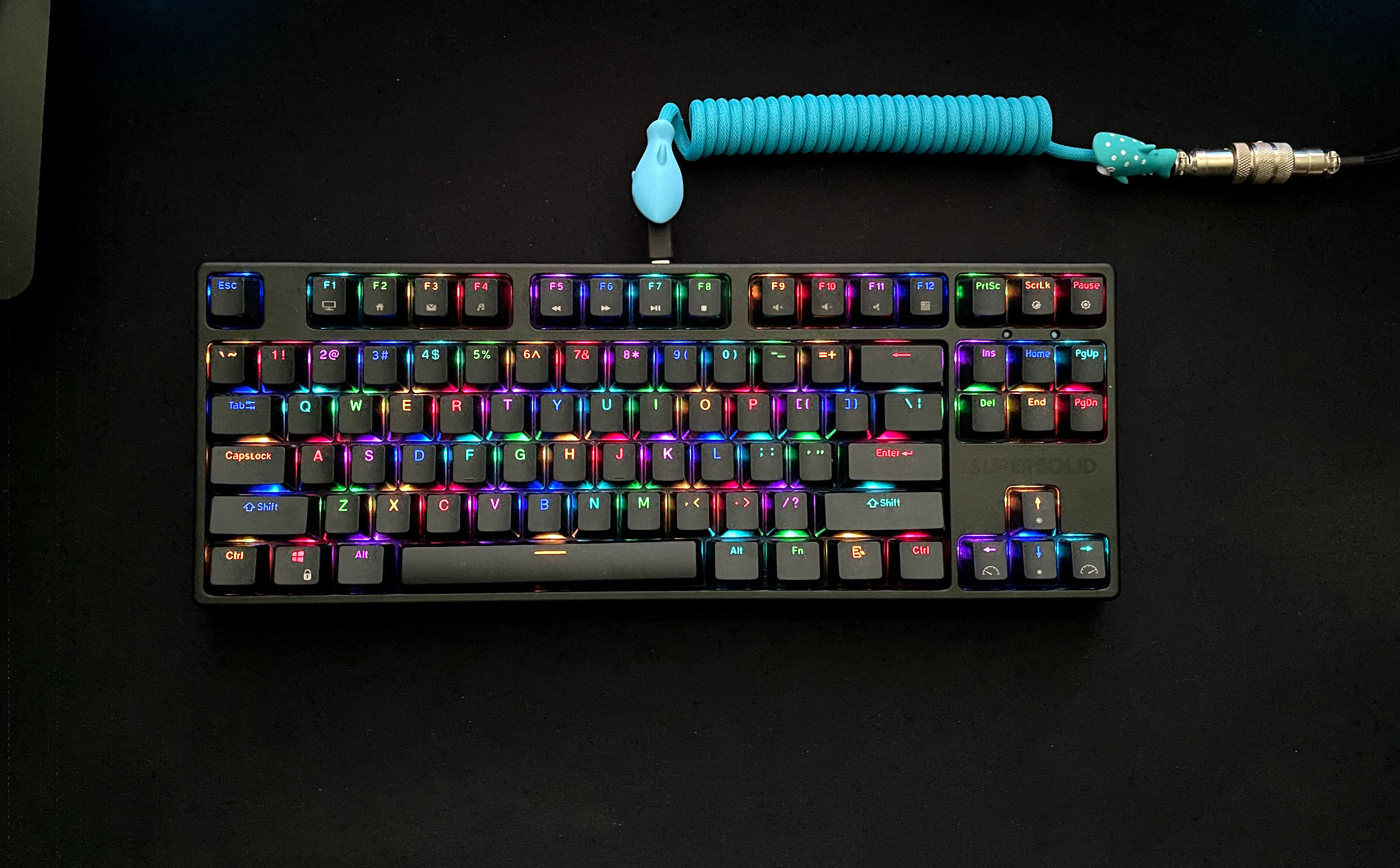 You're not going to get an aluminium chassis at its price point, but the plastic body is solid with no flexing. However, the switches are mounted on what SuperSolid has dubbed its ZeroWarp steel frame, which helps add some extra rigidity to the keyboard and provides a more stable typing surface. SuperSolid says the DT-001 was engineered to deliver a deeper and more satisfying "thock" sound, and I appreciate that they've paid close attention to the sound profile of the keyboard. The doubleshot PBT keycaps are denser than your regular ABS plastic, which also helps contribute to the lower pitch the keys make when bottoming out. The PBT caps have a nice textured feel to them, and they'll also hold up far better than ABS keycaps in terms of resisting shine.

The switches on my review unit are linear Kailh Box Reds, with an actuation force of 50g and a 3.6mm travel distance. If you prefer clicky or tactile alternatives, the DT-001 is also available with Kailh Box White and Brown switches respectively. Compared to regular Cherry MX switches, Kailh Box switches feature walls around their stem, which helps reduce key wobble. They are also IP56 rated for dust and moisture resistance, so they should be slightly more hardy in the face of small accidents as well. 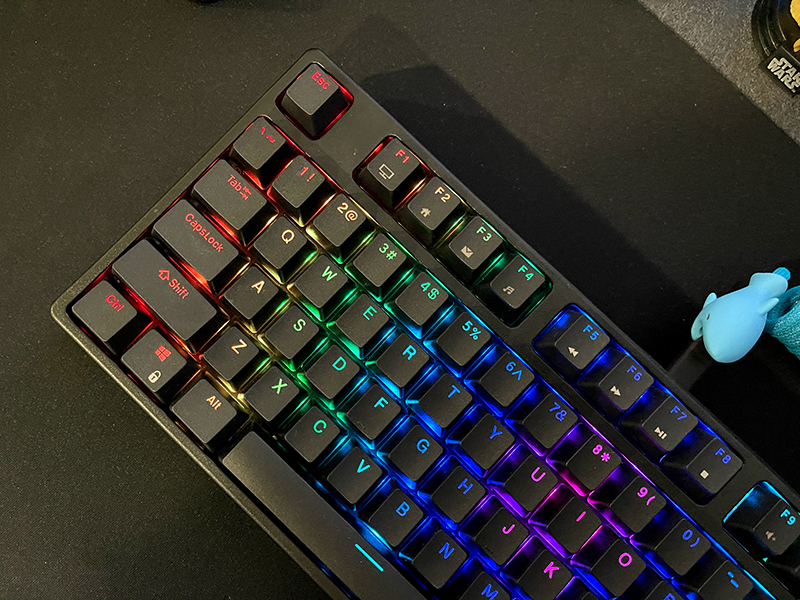 The Kailh Box Reds deliver a smooth and satisfying typing experience, and they are not scratchy as some linear switches can be. They're great for gaming, or in an office setting where you're worried that the high-pitched sounds of a clicky switch will annoy your colleagues. SuperSolid has used Cherry-style stabilisers for the larger keys, and there is a bit of a mushy feel when bottoming out. However, it's nothing too egregious, and I don't see it bothering too many people.

If you'd like to try out a different type of switch, you can do that easily without having to desolder or solder anything. The hotswap PCB makes switching out the switches easy, and SuperSolid has included a switch puller, a keycap puller, and five extra Kailh Box switches in the box. 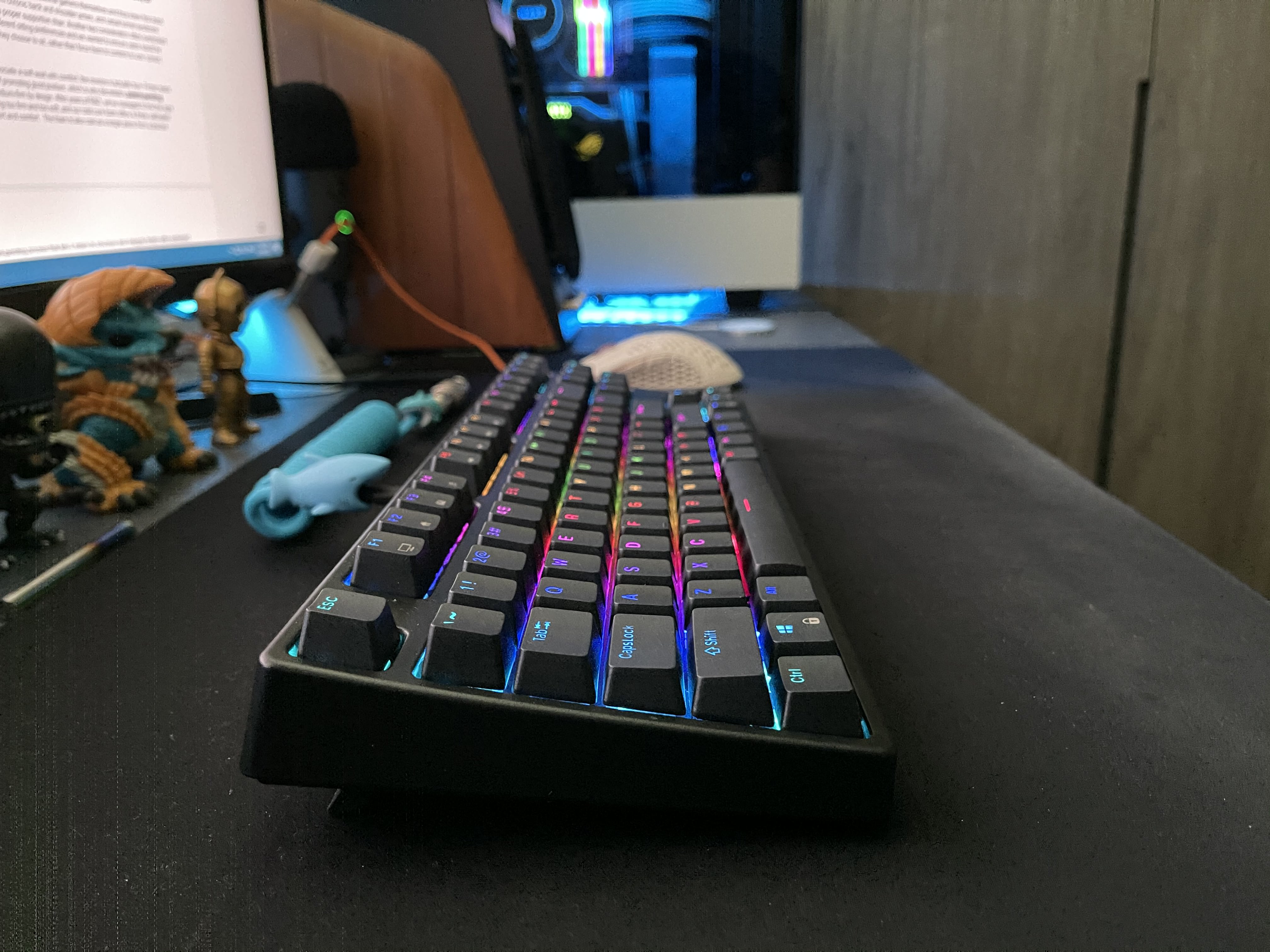 The tenkeyless form factor is a safe choice, and it allows the keyboard to retain the majority of the most commonly used keys while preserving a semblance of ergonomic comfort. The smaller a keyboard is, the less you have to move to reach your mouse, and it's also easier to keep centred and type in a more natural position. Then there's the fact that lopping off the numpad frees up more room for your mouse, which could make a world of difference if you game at low sensitivities. To make it easier to transport, SuperSolid has also included a detachable, braided USB-C cable, and I'm glad that it hasn't defaulted to micro-USB. The connector is located in the centre of the keyboard and sits flush with the surface, so there should be no compatibility issues if you want to use a custom cable with it.

The DT-001 doesn't ship with any drivers, and all the customisations are done on the keyboard itself, including RGB lighting adjustments. There is support for per-key RGB lighting, but you can also choose from a range of preset lighting modes, including rainbow waves, meteor storm, and simpler single-coloured modes. Backlighting is reasonably bright and even, and the lighting effects are slick and fluid.

There are no dedicated media controls, but they're instead bound as a secondary layer to the function row, and you can also trigger Gaming Mode and disable the Windows key by hitting Fn + Win.

To cap things off, the keyboard sits on a pair of sturdy flip-out feet capped by larger rubber piece. They feel like quality stuff, and I had no problems with the keyboard shifting around at all. 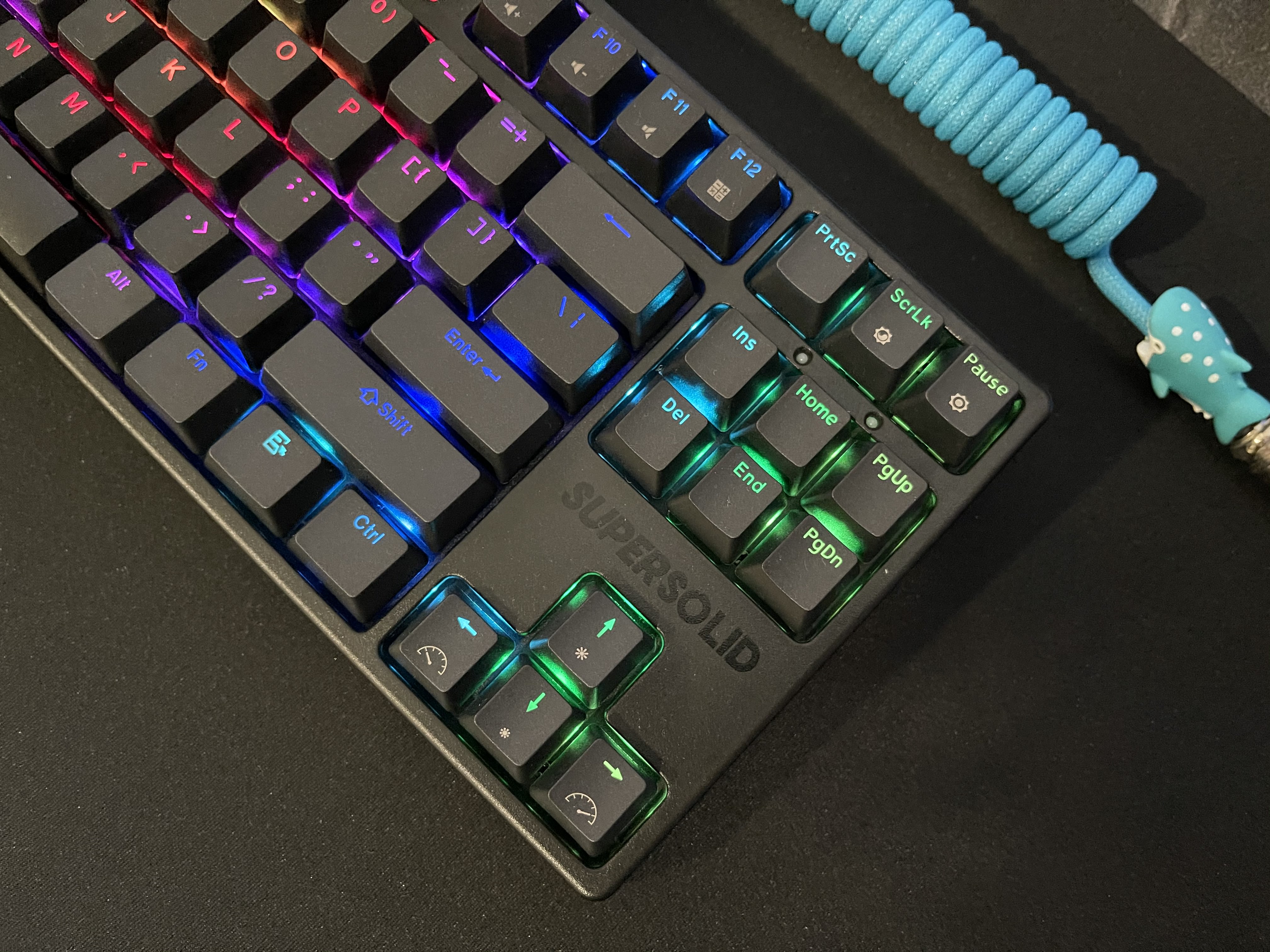 At S$129, the DT-001 offers great bang for your buck and a very attractive feature set. It's absolutely nailed the essentials, delivering solid build quality, a great typing experience, and highly customisable RGB lighting. Top that off with the detachable USB-C cable and hot-swap functionality, and you have quite the winner on your hands.

If you're looking for a budget mechanical keyboard that doesn't sacrifice too much, you ought to check this one out. Its all-black chassis and keycaps will blend in easily with any setup, and whatever branding there is has been kept to a minimum so it's hardly an eyesore.

You can get the SuperSolid DreamType DT-001 at Dreamcore's official LazMall store.

Write a Review
Compare This | Specifications
Hotswap PCB
Doubleshot PBT keycaps
Detachable USB-C cable
Affordable price
Customising the RGB backlighting on the keyboard is still better done with software
Stabilisers can be a bit mushy
Our articles may contain affiliate links. If you buy through these links, we may earn a small commission.
Sponsored Links