Sound Blaster Roar Pro review: Stepping up to the Pros We first covered the Sound Blaster Roar Pro on a first looks piece here, and you may recall that we were told that the new version was mostly a chance to incorporate user requests to allow for a microphone system that enables the use of the speaker as a Public Address system too. Other than adding in the microphone system, Creative’s engineers also added a new improved 5-driver system that’s supposed to be more sensitive than before, allowing for louder, brighter audio. 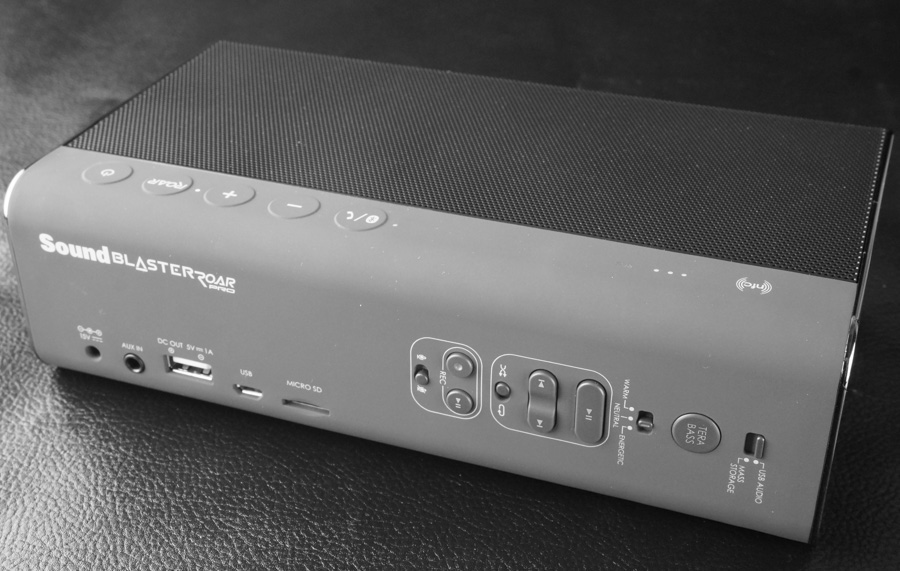 That aside, the Sound Blaster Roar Pro does come with handy add-on features out of the box, such as its built-in audio profile selector for warm, neutral, or energetic sound. It also comes with aptX Low Latency support over Bluetooth, allowing even lower delay in playing back songs wirelessly from an Android device. The newer speaker also has 10-hour playback time, which is a two-hour increase from the first Roar. The Roar Pro also keeps all the core features that were available since the very first Roar, such as recording mode, the volume-boosting Roar button, and the intelligent bass-adjusting Tera Bass button. Unlike the Sound Blaster Roar 2 though, the Roar feature and the Tera Bass feature each get their own buttons, making it easier to activate the respective mode.

Write a Review
Compare This | Specifications
New features allow it to do more than just play music
Still one of the more powerful speakers in this class
Requires purchase of an additional mic to fully take advantage of the speaker's capabilities and it isn't cheap
Our articles may contain affiliate links. If you buy through these links, we may earn a small commission.
Sponsored Links