Apple hikes prices of products in Japan by as much as 25%, unlikely to happen in Singapore (for now)
Product Listing
AcerAlcatelAppleASUSBang & OlufsenBlackBerryDellElephoneGarmin-AsusGooglehonorHPHTCHuaweii-mateINQLEAGOOLenovoLGMicrosoftMotorolaMWgNokiaO+O2OnePlusOppoPalmPhicommPrimo Mobile RealmeSamsungSonySony EricssonVertuViewsonicVivoXiaomiYotaPhoneZTE

Like Samsung's Galaxy S5 and HTC's One M8, the Xperia Z2 is armed with a Qualcomm Snapdragon 801 processor. However, the Z2's version has a lower clock speed of 2.3GHz, while both the S5 and HTC One M8 are clocked at 2.5GHz. On the plus side, the Xperia Z2 does boast 3GB RAM, compared to 2GB on both the One M8 and S5.

The old Z1 is, of course, armed with Qualcomm's Snapdragon 800 processor. Other than clock speed increases, the difference between the two is an improved 28nm HPm process which not only offers better CPU performance, but also better power efficiency.

We will be comparing the Sony Xperia Z2 against the HTC One M8, the Xperia Z1, the LG G2 and, as we haven't received our S5 review unit yet, the Samsung Galaxy S4 with LTE+.

SunSpider Javascript helps measure the browsing performance of a device when processing Javascript. It not only takes into consideration the underlying hardware performance, but also assesses how optimized a particular platform is at delivering a high-speed web browsing experience. The Z2 was about equal with the HTC One M8, but surprisingly fell behind the old Z1. In terms of real world browser performance, we couldn't tell the difference between the two, and both were snappy and responsive.

Quadrant evaluates a device's CPU, memory, I/O and 3D graphics performances. There wasn't much improvement here, and the Z2 only performed slightly better than the Z1, which is on par with its marginal clock speed increase. The faster HTC One M8 performed much better and the Z2's extra 1GB RAM didn't seem to help much.

Once again, the HTC One M8 outperformed the Z2, which only showed a small increase over the Z1. Perhaps clock speeds play a bigger role than we expect in 3DMark scores due to its CPU component that contribute to its final results.

The Z2 uses the same 20.7 MP camera and 1/2.3 Exmore RS CMOS sensor as the Z1, with a few software upgrades packed in. 4K video recording is now enabled from the get-go, as is slow motion recording at 120fps (although, you can only choose 720p for this mode). A number of new modes have also been added to the camera app.

Like a few other flagship smartphones, Sony has jumped on the bokeh bandwagon with its background defocus mode. This mode will take two pictures in quick succession at different focal lengths, letting you artfully blur the background for a DSLR-like narrow depth of field effect. A slider lets you decide how much blur you want, and you can also opt for speed blur if you want to depict motion. It's quite fun to play with, but as you can see, it's not perfect as the software isn't smart enough to recognize the edges of some objects, causing them to blur as well, which can ruin the effect. 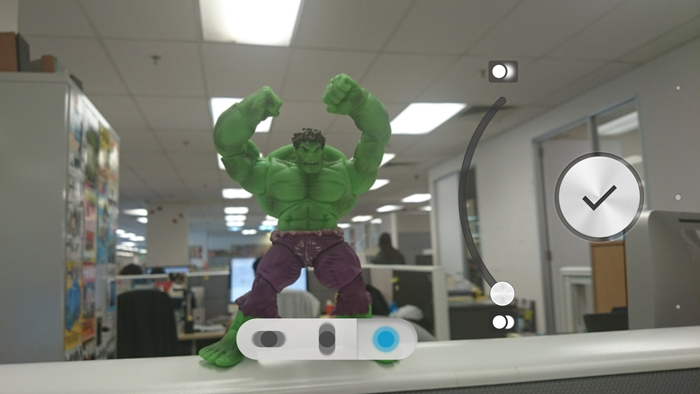 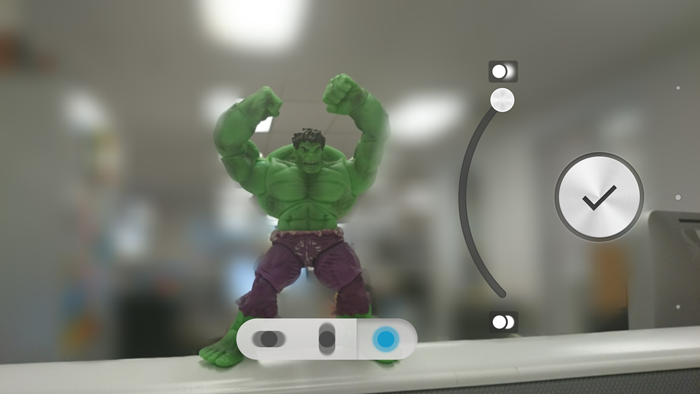 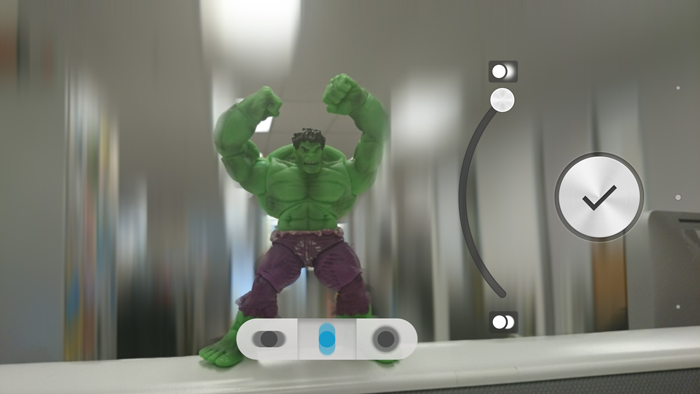 Our one major complaint with the camera is how laggy everything is. Even with the extra 1GB RAM and the Z2's faster processor, it can take up to 10 seconds to save a photo - especially a complicated one like background defocus. Other apps with significant lag included the Augmented Reality mode (which adds dinosaurs and other fun objects to your scene) and the live-view filter mode. Part of the problem seems to be the way Sony has designed its camera app. Rather than one united app, each camera mode opens a new app individually, which leaves the other modes running in the background, significantly slowing down performance. 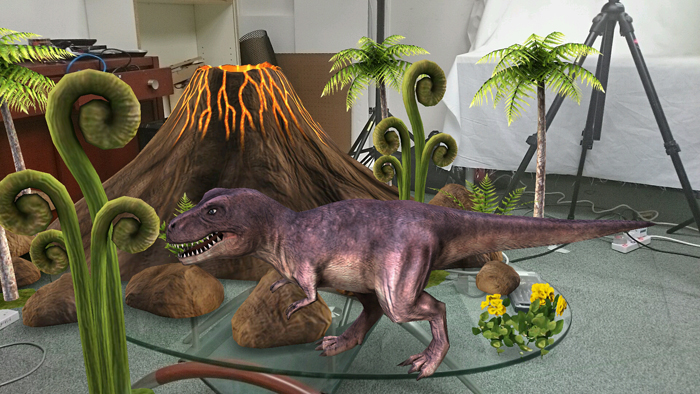 In terms of actual image quality, as expected, the Z2 was good, and about the same as the Z1 - although there was much less graininess this time. 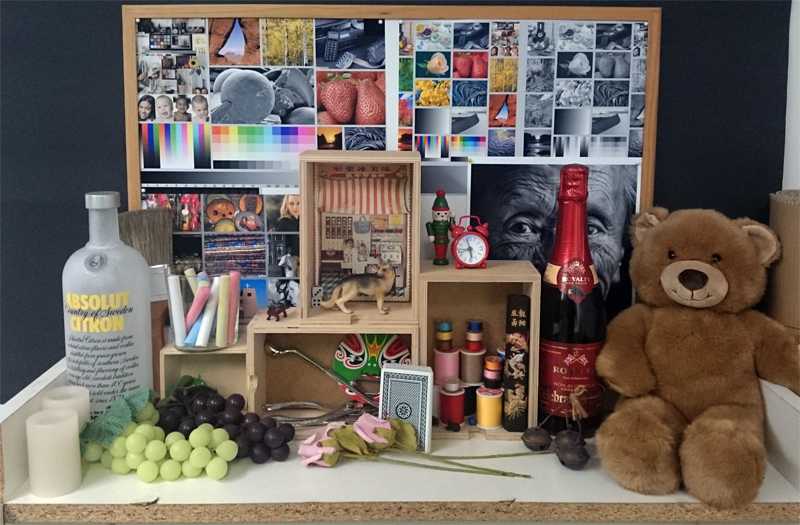 The Z2 is armed with a slightly larger 3200mAh capacity battery compared to the 3000mAh found in the Z1 - although, the slight increase in screen size probably offsets any gains in battery capacity. The Z1 was one of the weakest competitors in terms of battery life and, while the Z2 is an improvement, it still lags behind the rest of the field, lasting just six hours and 39 minutes in our video looping test. Power consumption was also quite high, and roughly the same as the original Z1. As with all Xperia Z smartphones, extended use also causes the rear of the phone to heat up significantly.

In terms of everyday usage, the Z2 lasted a full day in the office, consisting mostly of messaging, internet browsing, a few phone calls and about twenty minutes of gaming, with battery reserves running down to 16% at about 10PM.

We measure the portability of a device by calculating its battery life to (weight x volume) ratio. Due to its poor battery life, the Z2 didn't fare that well here, once again beating only the Z1 thanks to its slightly longer battery life and reduced weight and thickness.  Notice that the HTC One (M8) was only marginally better despite its much better battery life because of its size and weight (refer to comparison table on top). Having used the Z2 for a few days, we can't help but think that this is the phone the Z1 should have been in the first place. The IPS display is noticeably better, with richer colors and better viewing angles, and the removal of the anti-shatter film finally gives the Z2 the full, luxurious feel the Z1 and Z just fell short of. The speakers are fantastic and, provided you have a power supply handy, the combination of the Z2's beautiful display and booming audio makes for a very satisfying movie watching experience.

Still, it's not all good. Hardware upgrades did little to boost performance over the Z1, and battery life, while better, still falls short of the competition. A laggy camera app was also frustrating, and the startup delay, as well as the lag while saving shots, could cause many missed photo opportunities.

Our biggest disappointment is that there's no innovation here. Sony hasn't taken any risks with the Z2, sticking to the same design and features through and through. Even the features that are new to the Z2, we've already seen in other devices, from the front-facing stereo speakers on the HTC One, to the useful but uninspired software knockoffs of Samsung's Smart Stay display and LG's KnockOn wakeup feature. Other features like Sony's new camera apps are all software-based, and seeing as the Z1 utilizes exactly the same camera as the Z2, we hope that Sony will do right by Z1 owners and eventually release a camera firmware update for the Z1 that includes all of the Z2's new camera functions.

As for whether the Z2 is worth upgrading to, owners of the original Xperia Z will find the Z2 an excellent upgrade, as it fixes almost all of the Z's problems, with a far superior display, better audio and a much better camera. On the other hand, Z1 users should probably give this one a pass, as there's just not enough new here to justify shelling out flagship prices for a new phone.

As for users of other devices thinking about making the switch to Sony, the Z2 is certainly a good choice, but it's worth considering that Sony's recent track record seems to indicate that it will be releasing as many new flagship devices as it can, in as short a period as possible. With the Z2 basically just an upgraded version of the Z1 - a Z1S if you will, to borrow Apple's naming conventions - could an entirely new flagship device really be that far over the horizon?