The Sony Xperia smartphones have come a long way. After the Xperia Z series experienced multiple iterations (from the first phone in 2013 to the Z5 trio). Sony finally decided that the old flagship smartphone line-up was due for an overhaul. The phone’s design, focus, and branding underwent a slight shift, with its renewed emphasis on practicality. While the changes seemed nuanced, it warranted a new name to communicate the differences. Hence, the Xperia Z was put to bed, and the Xperia X was born.

While Sony treats the S$848 Xperia X as their new flagship mobile device in Singapore, it’s important to note that the phone comes with a mid-range Qualcomm Snapdragon 650 processor. Right off the bat, we understood that Sony isn’t interested in topping benchmark scores, with the premium Xperia X Performance better suited for that task. Sadly, Sony did say that the X Performance will not be making its way to Singapore.

Instead, Sony wants us to pay attention to the phone’s 23-megapixel rear camera as it boasts a brand new Predictive Hybrid Autofocus feature. It also touted a "two-day battery life" and extended battery longevity, thanks to Sony’s smart battery management, and the inclusion of Qnovo Adaptive Charging respectively.

Will the design, camera, and battery life of the Xperia X be enough to compete with the current panel of flagship smartphones that are also priced close to the Xperia X? Let’s find out. Instead of the stylish, monolithic design language that permeated the Xperia Z5 and its predecessors, the Xperia X opted for a muted, functional appearance. Gone are the reflective surfaces or glass finishing on its rear, as it’s replaced with a brushed metallic look. The most notable physical change are the beveled glass edges on the 5.0-inch display, and its seamless metal rear that wraps around the sides. This made the Xperia X comfortable to grip, without the angular edges its predecessors had. This might all sound too trivial of a change, but it's a noticeable change that you can feel while handling the device; subtle but effective. 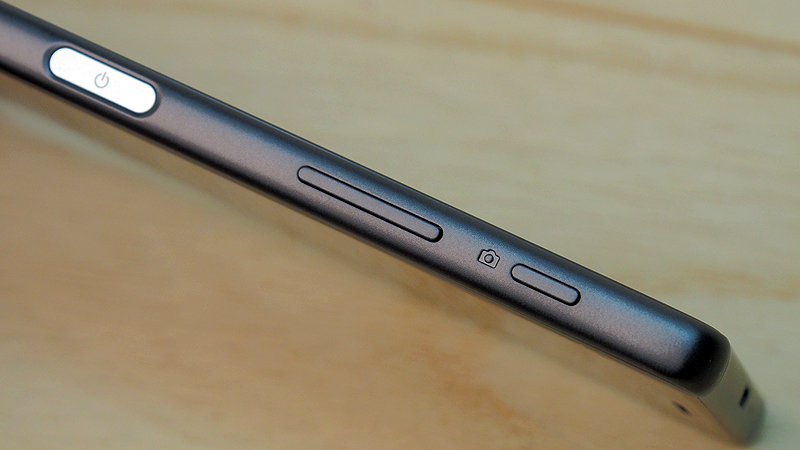 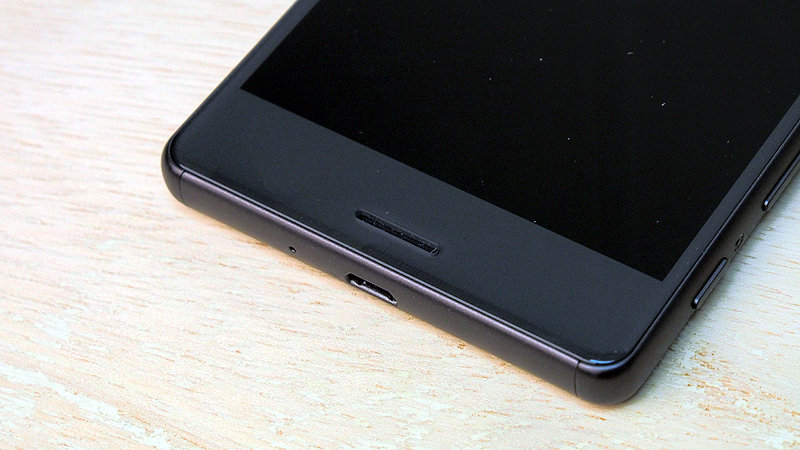 The Xperia X also borrows functional design cues from the Xperia Z series. Fans of Sony’s flagship phones will find some of its side controls familiar, such as its dedicated physical camera button just below its volume rocker, and an oblong-shaped lock button on the same side. The lock button doubles as a fingerprint sensor. The opposite side of the Xperia X has the hybrid nano-SIM card tray. If you aren’t using two SIM cards, the second slot can hold a microSD card instead (up to 200GB in capacity). The Xperia X uses a micro-USB 2.0 port for charging and file transfers. As a whole, the Xperia X is nice to use, easy on the hands, with a premium finish that’s decent on the eyes. It doesn’t dazzle like its predecessors used to, but the new design language did lean towards functionality. However, what we'll sorely miss is the water and dust resistance IP rating that the Xperia Z series has always prominently featured. As such, take note that the uncovered micro-USB port, headphone jack and other crevices are susceptible to the elements of nature. Sony Xperia X has a 5.0-inch, Full HD (1,920 x 1,080 pixels resolution) IPS LCD screen that uses Sony’s proprietary display technology – Triluminos Display for Mobile. Image sharpness is of good quality on the Xperia X – then again, Sony usually makes nice displays. What stood out was the warm color temperature. From our test image, the red tint was most visible on the black patches of the hot air balloon. Combined with the color vibrancy, the Xperia X’s display reminds us of the earlier Samsung Super AMOLED based phone screens. For its audio, Sony has its proprietary ClearAudio+ enhancement technology, and DSEE HX, an upscaling algorithm for compressed music files that gives it "near Hi-Res audio quality" (or so they claimed). Sony’s audio quality has always been good, and the Xperia X continues that tradition. Audio playback is crisp, yet well-bodied in the mid-range frequencies with a flair for handling accompanying instruments in the tracks we tested using headphones. Speakers are as usual just serviceable.