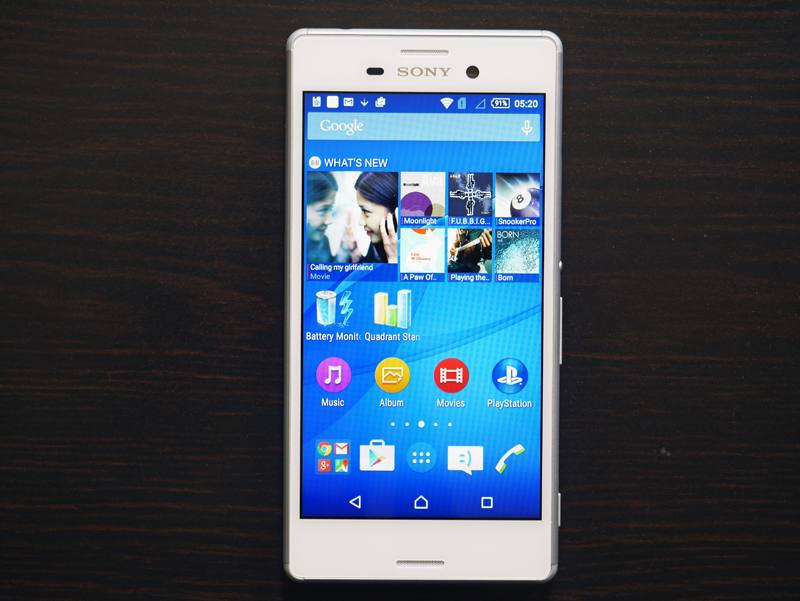 First spotted at MWC earlier this year, the Sony Xperia M4 Aqua is a S$498 mid-range smartphone that looks a bit like a more affordable, plastic version of Sony's new Xperia Z3+ flagship smartphone. In many ways, that's actually pretty accurate. Just like the Z3+, the M4 Aqua boasts a IP68 dust and waterproof build, and at a glance, the two phones actually look remarkably similar, as they both utilize Sony's minimalist OmniBalance design.

That's where the similarities end though. The phone is powered by a mid-range Qualcomm Snapdragon 615 octa-core processor with 2GB RAM and its 5-inch display is unfortunately has a resolution of just 720p. It also has just 8GB internal storage, although it will support microSD cards up to 128GB in capacity. On the back of the phone, instead of the Z3+'s 20MP shooter, you'll find a 13MP rear camera that’s powered by Sony’s Exmor RS mobile sensor with an f/2.0 aperture.

But with the good looks of the Xperia Z series and an IP68 build that's completely unheard of in this price-range, does the Xperia M4 Aqua provide value-for-money or are you better off saving up for a more expensive smartphone? Let's find out. 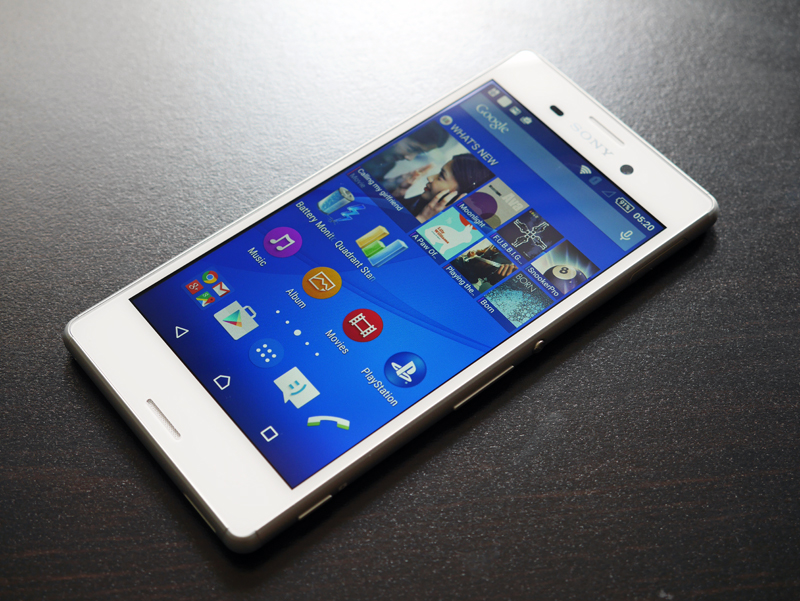 Having the phone in hand revealed that even though the Xperia M4 Aqua’s body is made from polycarbonate (plastic anyone?), it doesn't look or feel cheap and is actually pretty robust. Despite being slightly thicker than the Xperia Z3, the M4 Aqua sits comfortably in the hand. While the side bezels are quite thin, as with the other Xperia phone models, the top and bottom bezels are quite large, which makes the phone look a bit longer than it actually is and also gives the impression of a smaller screen.

Sony's signature round metal power button sits on the middle of the right side of the body, so you won’t have to reach too far to turn the screen on. The volume rocker sits right below the power button, and there’s also a dedicated camera button below the volume rocker. The dedicated camera button makes it easy to get shooting quickly as well as shoot underwater, and it’s nice to see that Sony did not skip on this feature despite the Xperia M4 Aqua being a mid-range model. 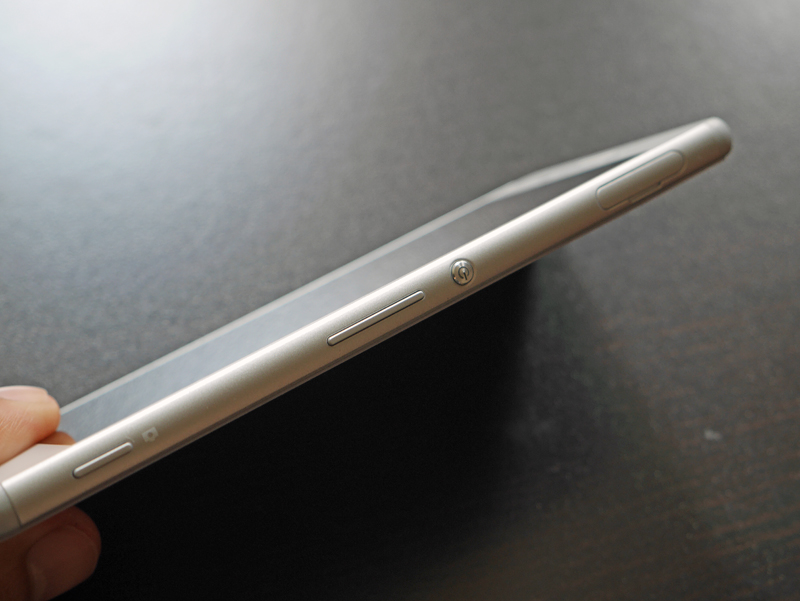 We mentioned shooting underwater because as we mentioned, the Xperia M4 Aqua is waterproof. The phone has an IP rating of 68, which means that it's waterproof (in this case constant immersion beyond 1m) as well as being dustproof. The microSD and SIM card slots are all covered to prevent water from entering, and the best part about the Xperia M4 Aqua is that the micro-USB charging port and the headphone port are water resistant without having to keep them covered with flaps. 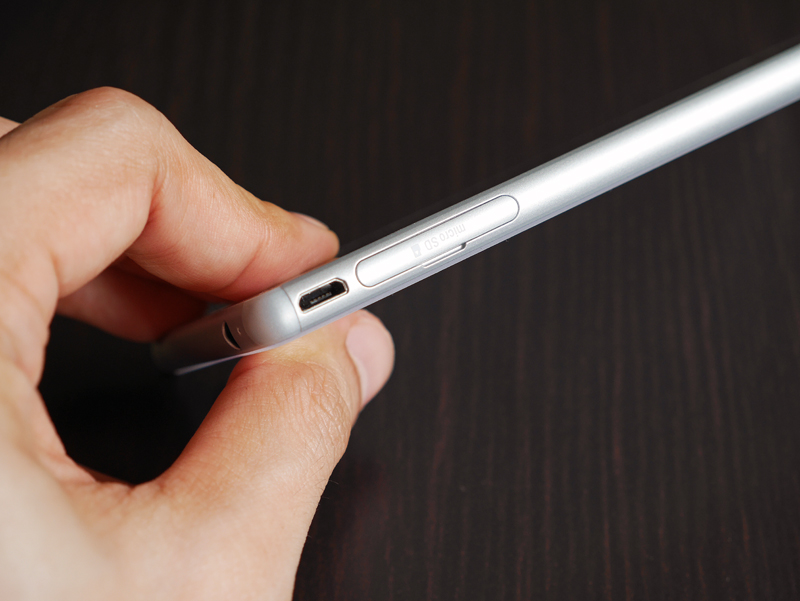 The 5-inch IPS LCD display has a resolution of 1,280 x 720 pixels and a pixel density of 293 pixels. It’s not as impressive as top-end models, but it’s still enough to for apps and webpages to look reasonably sharp. Even so, you should take note that there are phones that boast Full HD resolution at lower price points and that works against the Xperia M4 Aqua even though it has a nice design ID and can withstand dirt and water.

As with most Sony displays (including their TV sets), the colors are quite accurate. But the Achilles heel for Sony smartphones still remains; the screen isn’t terribly bright and washes out when you’re outdoors. 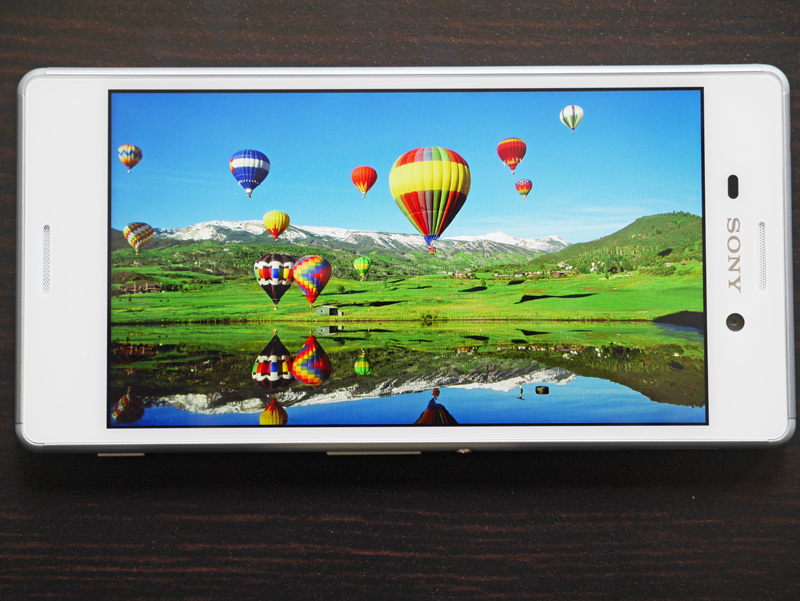 Audio on the Xperia M4 Aqua comes from a single speaker located on the phone's bottom, unlike the pricier Xperia Z series which come with stereo speakers. The speakers on the Xperia M4 Aqua are loud enough to be heard from across a small room, though it does unfortunately sound quite tinny at higher volumes.

The good news is that while the Sony Xperia M4 Aqua runs a customized version of Android 5.0 Lollipop, Sony has kept the customization to a minimum. So besides the pre-loaded wallpapers and widgets, there aren't many things that are different from vanilla Android. You can also download themes to change the look of the UI.

The bad news is that due to the small 8GB internal storage capacity, with all the bloatware that comes pre-loaded with the phone, you don't really have much space left. This essentially forces you to purchase a microSD card to expand your storage. Out of the box you're looking at a measly 1.21GB available for usage.

There are also "Small apps" similar to Samsung's Mini Apps, which launch small apps on your homescreen that look like widgets without having to access the full-fledged app itself. Opening the task manager will reveal a row of them at the bottom of the screen, though you can never disable them. 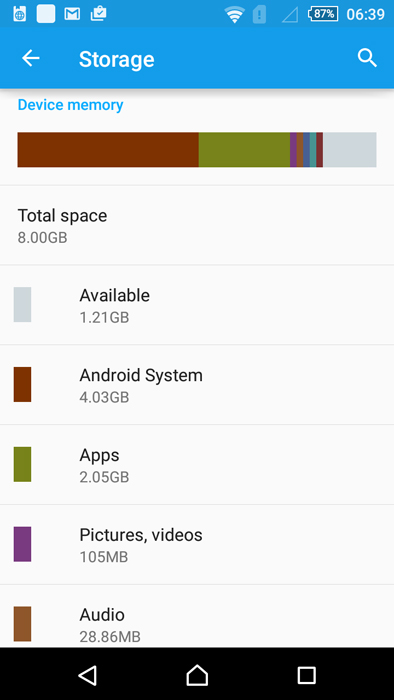 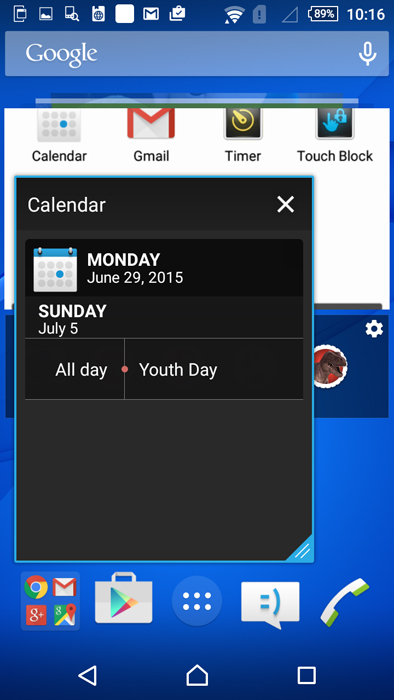