Built for the sophisticated commuter, the WI-1000X is one of the latest headphones to join Sony’s noise-canceling 1000X series.

Much like the Sennheiser CX 7.00BT in-ears we've just reviewed, the WI-1000X is a pair of behind-the-neck in-ear headphones, which means physically, it gains many of the same advantages. The neckband is flexible and comfortable to wear, while the earbuds are small and ergonomically shaped. In short, we've no problems putting it on (the neck) and get a good fit (in our ears). And at just 71g, you can pretty much leave the neckband on throughout the day, let the earbuds drop onto your chest and pop them back into your ears when the headphones vibrate to inform you of incoming calls. To keep them from bobbing up and down your chest, you can tuck the cables back into the integrated zip-style holder.

Like the original MDR-1000X, the WI-1000X has a simple finish with two color options: black and gold. The WI-1000X headphones use 9mm dynamic drivers for bass and mids, and a balanced armature driver for high frequencies, which on paper, doesn't sound special. However, the supposed killer feature of the WI-1000X is its (in Sony's own words) "industry-leading noise canceling". The entire 1000X series hinges on this promise and since we've had very good experience with the MDR-1000X, there's good reason to believe Sony.

There are also added features that come by way of a companion app on your smartphone, like Adaptive Sound Control. This feature allows you to use the external microphones for noise-canceling to control the amount of ambient sound you hear, and even the direction you hear sounds from. The WI-1000X manages about 10 hours of wireless playback with noise-canceling activated, but it also come with a cable for wired use. In that mode, you get 14 hours of playback (with noise-canceling), which will come in handy during long flights. An airplane plug adapter is also supplied in the box.

There’s also a new calibration mode – Atmosphere Pressure Optimizing – that optimizes the way the headphones play sound by taking air pressure around you into account. In layman's parlance: music still sounds good when you're on a plane or at high altitudes.

In addition, the headphones support High-Resolution Audio, and include audio enhancement features like DSEE HX and S-Master HX. LDAC is also supported for higher 96kHz sampling. 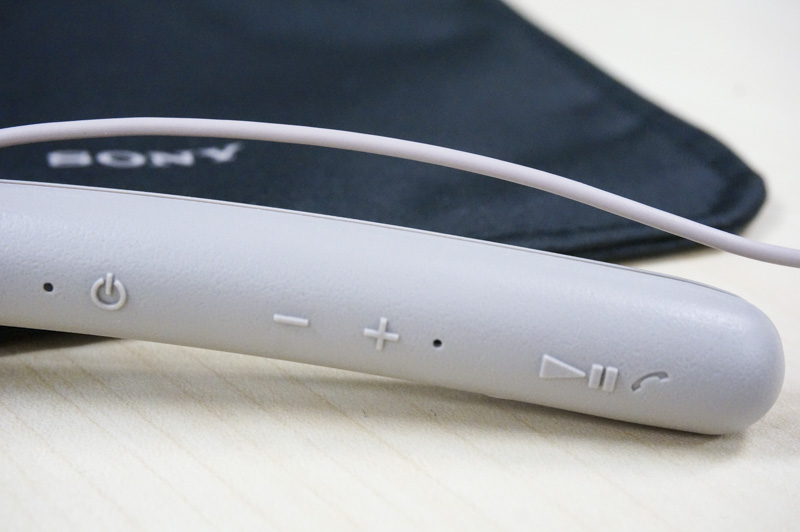 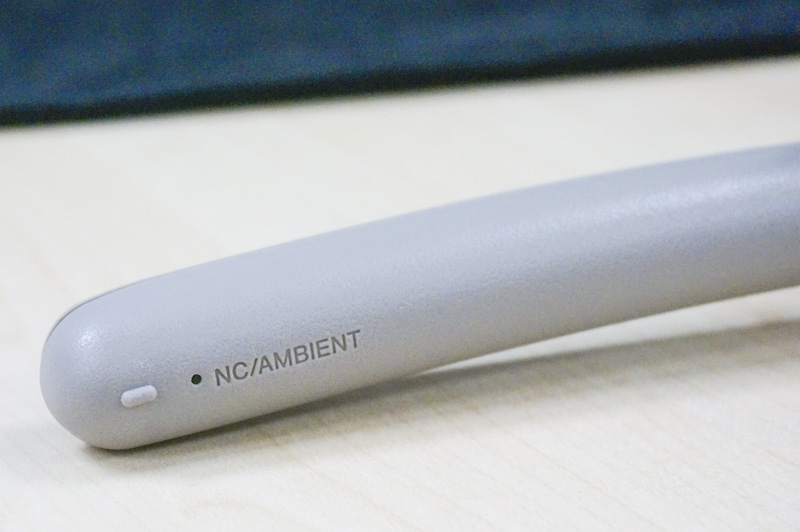 Controls can be found on both ends of the neckband. The left has your usual on/off, volume, and playback controls, while the right has a single button for toggling through the noise-canceling modes. They're embossed too, making them easy to make out via touch once you've used them for a while.

Having tested the MDR-1000X cans ourselves previously, you could say that our expectations for the WI-1000X's noise-canceling capabilities are fairly high. Thankfully, the in-ear headphones didn't disappoint. We tested it during commutes and in noisy canteens, and found that its ability to block noise out wasn't vastly different from that of the bigger MDR-1000X once we got a good fit. The double-mic implementation definitely played a role here. The automatic switching worked well too, and if you prefer to be that bit more connected to real world, you can manually choose to let in more ambient noise.

For in-ear headphones, the WI-1000X delivers very full-bodied sound, with good body in the lower registers. There’s a nice sense of naturalness with in the sound too, which we found to work well with acoustic pieces.

For example, with Rebecca Pidgeon’s Spanish Harlem, we thought the headphones rendered Pidgeon’s vocals well, giving it just enough weight to stand out. The piano accompaniment was also well picked out. The headphones projected a fairly wide soundstage with this piece, and we could easily pick out where every instrument was.

On a recording of Johnny Friggo’s I love Paris, we thought the upper trebles in the violin work  seemed to be a little tempered to allow the lower bass of the cellos in the piece to stand out. There’s an excellent sense of rhythm and dynamics with these headphones, and they picked out good details too - we could literally hear Friggo humming to himself as he worked his way through the piece.

Switching tracks completely to Sweet Child O’ Mine by Guns N Roses, that full bodied sound again stood out.  We thought the headphones did a great job of picking out all the elements in this piece - Axl Rose’s vocals, the Slash’s frentic guitar work, and of course, the insane drum work of Steven Adler.

The WI-1000X did well on all the test tracks overall too, which speaks well of its versatility.

For example, with Adele’s Melt my Heart to Stone, we thought the headphone offered a nice warm delivery to the piece. The substantial bass stood out easily, but there was still a good amount of separation between Adele's vocals and the backing instruments. It felt like a nice, intimate rendition, and we liked that we could still pick out details from individual instruments despite the massive overlap.

Moving on to Sail on Soothsayer by Buckethead, we thought the headphones managed to capture the full reverb of Buckethead’s guitar, adding good texture to the rendition. The guitar work had good body, lending for an immersive experience. Highs were well captured, and the lower mids plus bass were nicely rendered. Bass especially had a good kick, helping to move the piece along.

Next up, Hotel California by The Eagles. This piece started off nicely, and we could really feel the WI-1000X’s bass when the drums in the piece kicked in. We thought the track provided a great vehicle for the headphones to exhibit its imaging prowess, and when we closed our eyes we could almost picture where everything was: shakers to the right, lead guitar to the left, Henley just off center.

Finishing off with Elements of Life by Tiesto, we thought the headphones again excelled in providing good detail, along with a good sense of energy. We got a sense of the layering of sounds that Tiesto was trying to achieve here, and the headphones handled the booming bass line with ease. 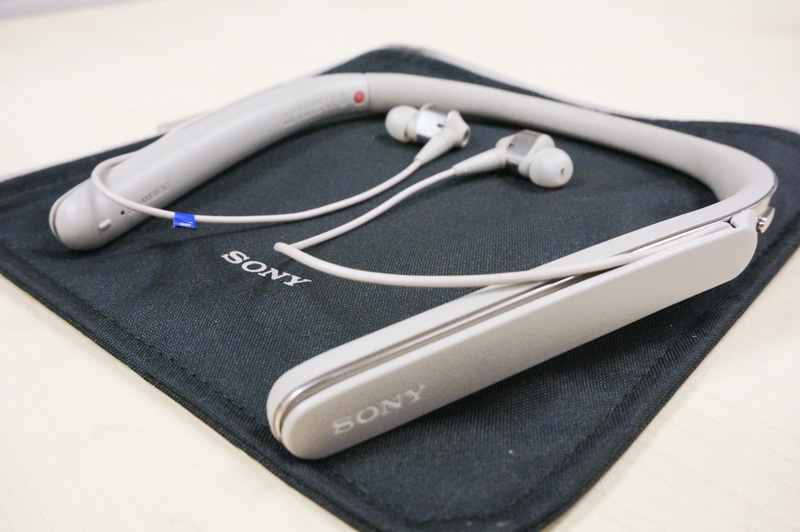 At S$449, the Sony WI-1000X can't be considered cheap by most measures. But when you consider its excellent noise-canceling performance and wireless features, plus app support to boot, you can start to see its appeal. Of course, none of these additional features would be worth a cent if the audio quality is sub-par, and this is where we can say the headphones easily excel. With great lows, clear highs, the WI-1000X clearly impresses. If you're shopping for a pair of good sounding noise-canceling headphones and can't stand the bulk that headphones that sit on your head like earmuffs bring, do yourself a favor and give the WI-1000X a listen.

Write a Review
Compare This | Specifications
Active noise-canceling works very well
Very lightweight and comfortable
Offers a cable option for inflight use
Supports High-Resolution Audio
Expensive
Our articles may contain affiliate links. If you buy through these links, we may earn a small commission.
Sponsored Links