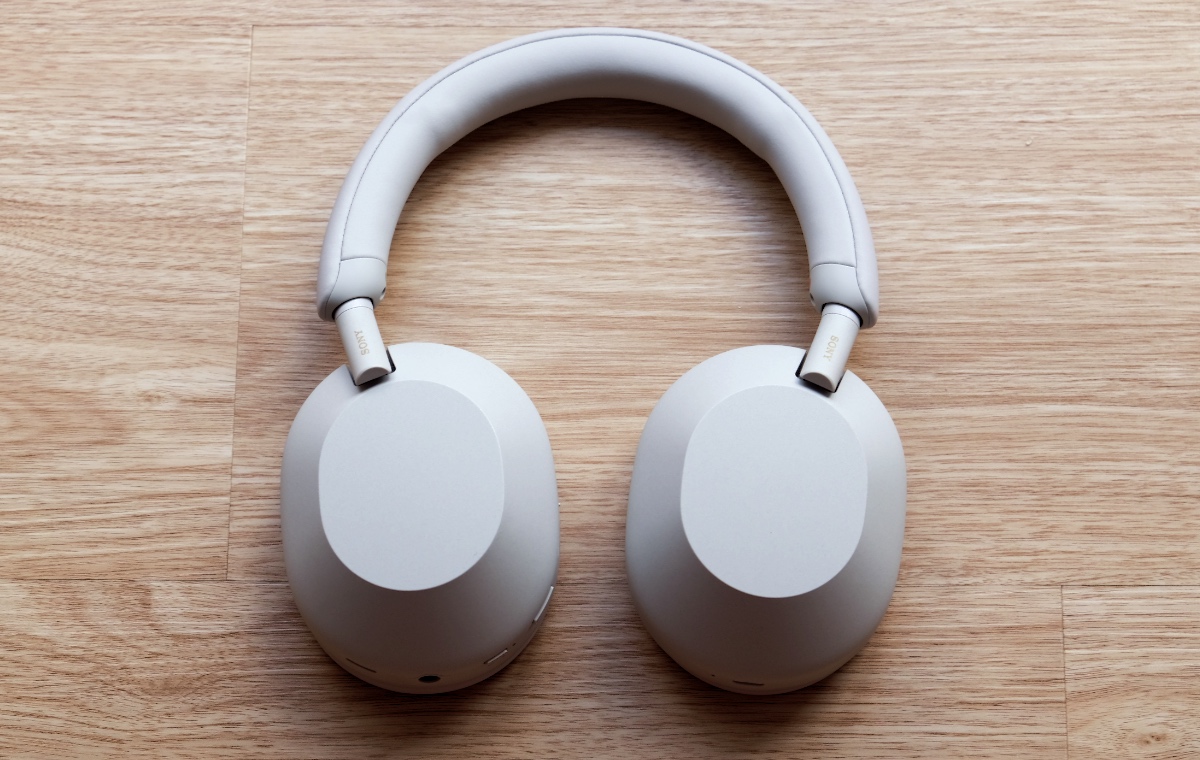 It was around six years ago that Sony decided it should go after Bose and make a truly remarkable wireless ANC headphone. Back then, if you wanted a wireless noise-cancelling headphone to take with you on flights to cocoon you from the racket of the jet engines, you would buy a Bose QuietComfort – end of. That changed when Sony released the MDR-1000X. And over the next couple of years, the two would trade blows. The latest retaliatory effort from Sony comes in the form of the WH-1000XM5. It’s the fifth iteration of Sony’s flagship wireless ANC headphone and it’s the most radical yet because it boasts an all-new design and new drivers. Can it beat Bose’s very excellent QuietComfort 45? Let’s find out. 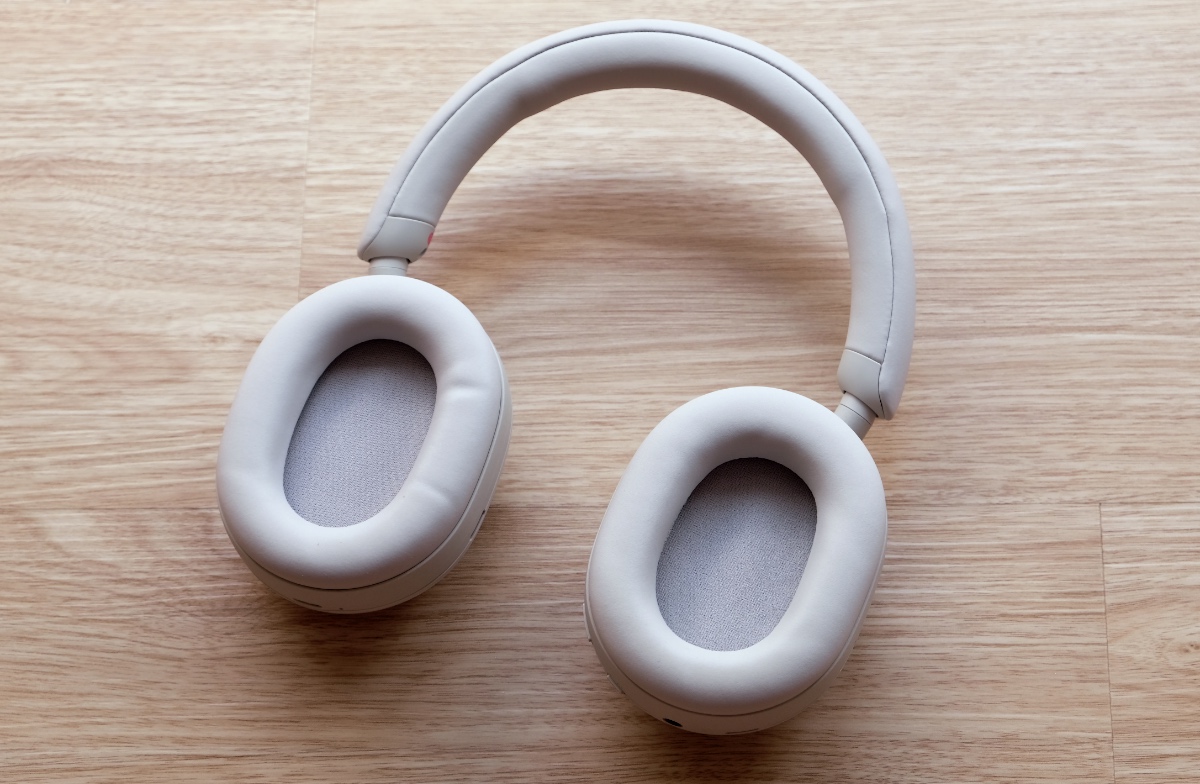 For the first time in years, Sony has completely revamped the look and feel of its flagship wireless ANC headphone. The headband is thinner and it extends as a single piece all the way down to the earcups. And the earcups have a clean polygonal shape. Overall, it just looks sleeker and more minimalistic than previous versions.

Comfort is an important aspect of this headphone and so it has an all-plastic construction to keep weight down – just 250g. The leather used in the headband and earpads is also a newly developed “soft fit leather” material that Sony claims fits snugly while relieving pressure.

Sony has definitely nailed down the comfort aspect of this headphone. I recently took these on my trip to WWDC 2022 and it never felt uncomfortable during the long flight to the US.

However, my major gripe with the design of the WH-1000XM5 is that they don’t fold. This inability to fold for storage makes them a pain to carry because the carrying case is substantially bigger. Also, the way they swivel is not ideal. When you take them off and place them on your neck, the earcups don’t swivel and lay flat on your body. If you want them to be flat, you have to swivel the earcups so that they face upwards and away from you. Sure, you could say it’s a minor issue, but it’s also one that the WH-1000XM4 didn’t have. And to me, it shows a lack of attention to detail on Sony’s part insofar as the design is concerned. 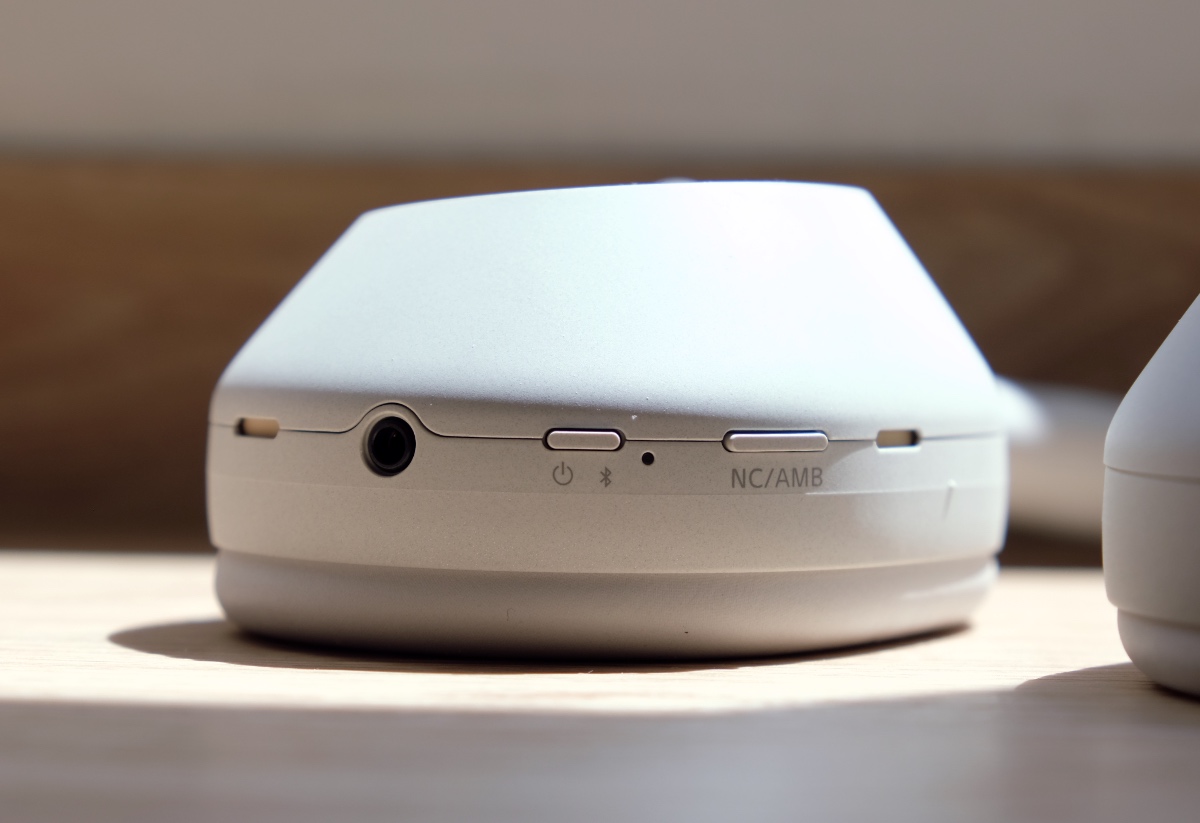 Fortunately, some other aspects of the WH-1000XM5 are improved. Like its predecessor, there are touch controls on the right earcups and they have never been more accurate or responsive. I could easily use it to skip tracks and adjust the volume. The quick aware mode is still present, so if you cover the right earcup, the headphone immediately lowers the volume of your content and goes into the ambient sound mode so you can hear what’s going on around you or have a quick conversation with somebody. 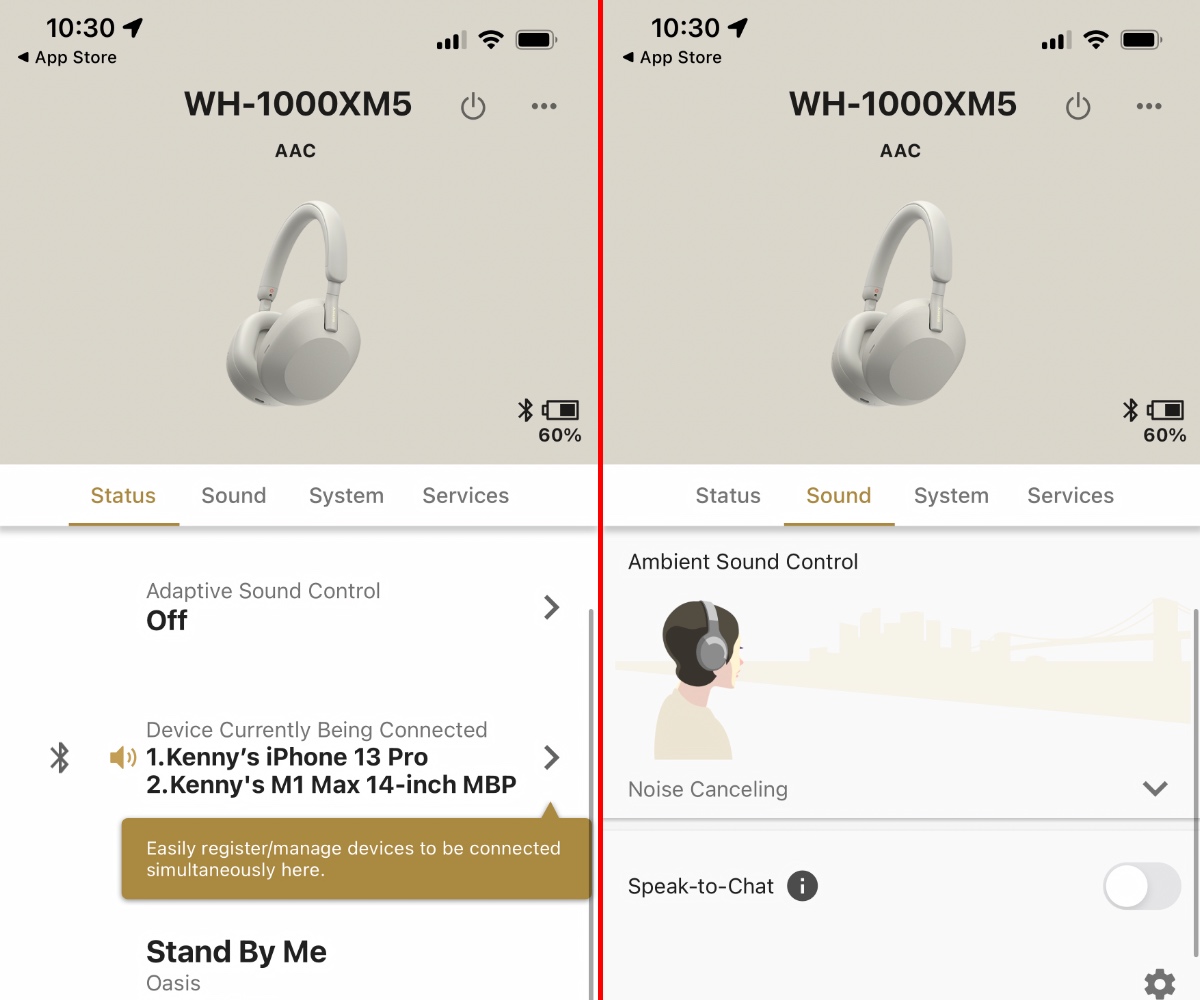 Like any high-end wireless headphone, the WH-1000XM5 has an accompanying app. In this case, it’s Sony’s familiar Headphones app – the same app used to manage other Sony personal audio devices like the WF-1000XM4 and older WH-1000XM4. This app lets you manage almost all aspects of the headphone, including customising the touch controls, adjusting the level of noise-cancelling, tweaking the sound via the equaliser, choosing the kind of wireless connection, and more. The level of customisation is high and I have no complaints about the app.

Speaking of wireless connection, the WH-1000XM5 supports multipoint connection so it can pair with up to two devices simultaneously. It switches between source devices very quickly. As for codecs, there’s support for the usual AAC, SBC, and also LDAC – which should satisfy most iOS users and owners of newer Android devices. Battery life, according to Sony, is up to 30 hours with ANC on. On my recent trip to WWDC, it had 30% charge remaining when I reached the hotel after the 20-plus hour trip.