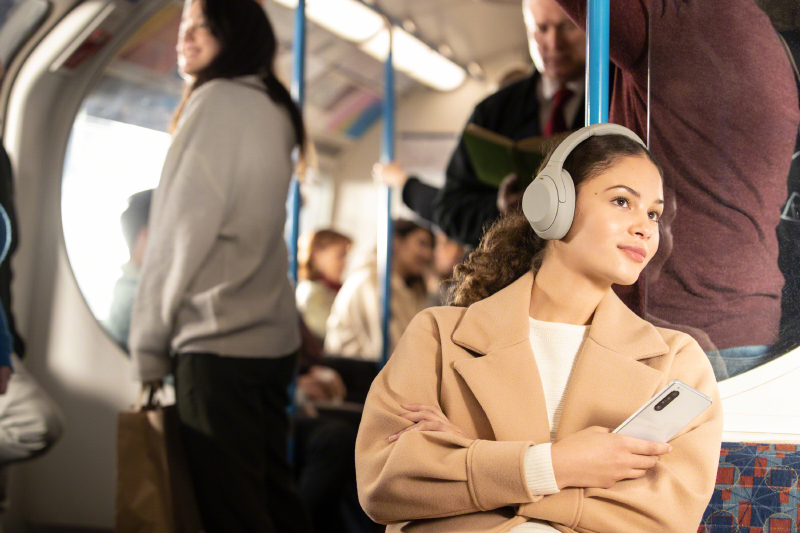 The WH-1000XM4’s ability to cancel out environmental noise is phenomenal. Though I didn’t get the chance to test it on a plane, I tried playing plane noises through my speakers and was amazed by how effective the headphone was at nullifying them. My apartment faces a major arterial road and I was also astonished by how much the headphone could cancel out the incessant tyre and road noise made by the constant stream of traffic.

But the biggest test, however, is the fan that I have blowing at me to keep me cool while I’m working at my desk. Out of all the active noise-cancelling headphones that I have tested from home so far, the WH-1000XM4 was easily the most effective at cancelling out the fan noise. Its loud whir became a mere whistle.

The microphone also benefits from this amazing noise cancellation. Even with the fan blowing directly at me, people I spoke to could not hear the fan at all. Speaking of which, the performance of the mic is also improved. It stills sounds slightly digitised and hollow but at least my voice was clear and intelligible. 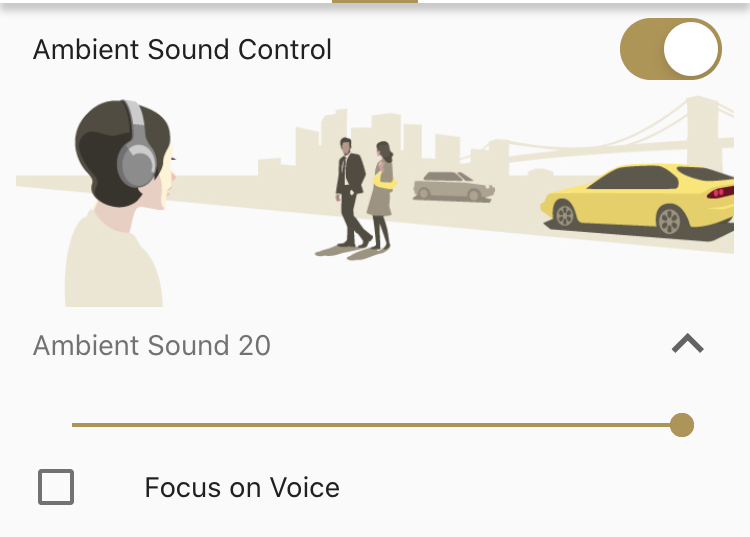 For owners of the WH-1000XM3, the million-dollar question would be: is the WH-1000XM4 better? I think the answer is yes. It’s not better by leaps and bounds but there’s a discernible improvement especially in the higher frequencies. But whether this is all down to the new Bluetooth Audio SoC or because of some other aspects like the earpads is hard to say, but it is better. This new headphone creates a stronger bubble and cocoons you more from the outside world.

Sony’s ambient sound mode, however, has room for improvement. It works insofar that it lets you hear what’s going on around you but it sounds muffled and unnatural. But the biggest problem I think is that it’s hard to place where sound is actually coming from and that can be a real problem if you are walking on the street and you need directional cues to avoid getting hit by reckless (or clueless) drivers and cyclists, and maybe even other pedestrians.

How does it sound? 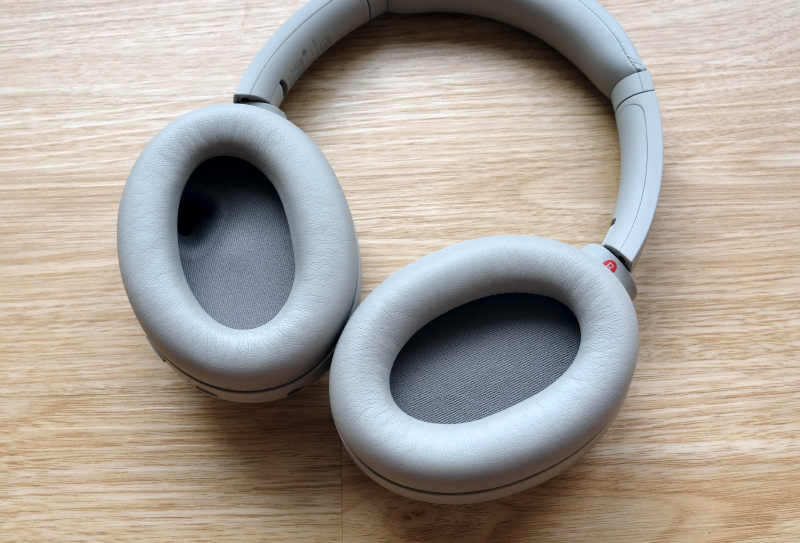 As for codecs, the WH-1000XM4 supports SBC, AAC, and LDAC. The last bit is important if you happen to an LDAC compatible device like Sony’s own Xperia 10 II phone. Support for any form of aptX is missing which is curious considering it's widely supported by many devices, especially Android ones.

It also features DSEE Extreme, a technology that claims to rebuild audio signals lost when they are compressed for Bluetooth transmission. Sony says it uses AI to achieve this and that it has worked with Sony Music Studios Tokyo to study how music signals ought to be.

There's also a 360 Reality Audio mode that works by analysing your ear shape and then creating a specialised profile for you so that sound is more immersive. If this sounds familiar, that's because that's how Creative's Super X-Fi technology works. It only works with apps that are optimised for it and for now that's a short list – only 360 by Deezer, Tidal, and nugs.net. I didn't use it much because I'm not a fan of such technology and its efficacy is very much a hit or miss affair (for which opinions widely differ for different users as seen on this poll). Furthermore, the list of supported apps is quite limited. 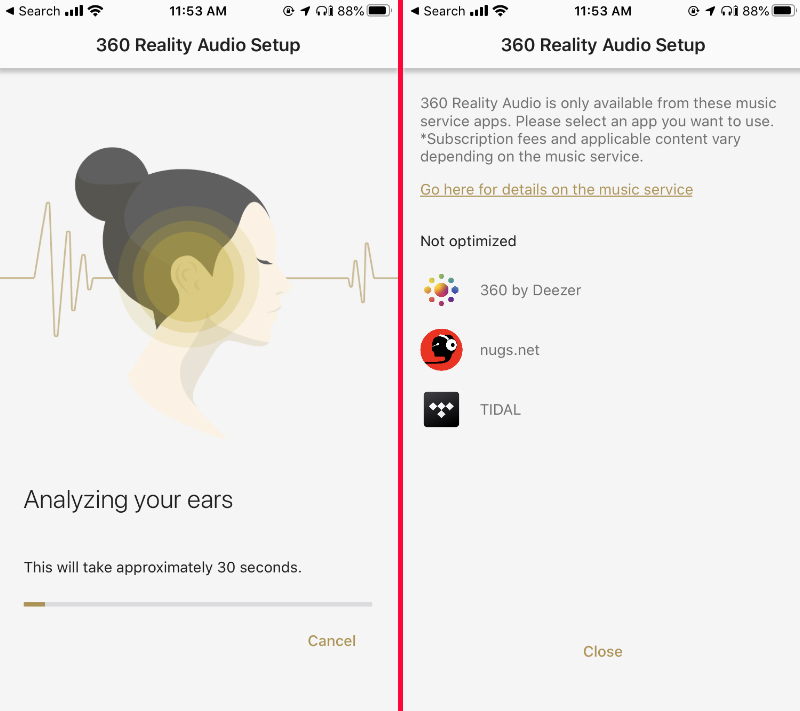 The WH-1000XM4 features 40mm dynamic drivers with Liquid Crystal Polymer (LCP) diaphragms, which is the same as the WH-1000XM3. I won’t be surprised if the drivers were unchanged because the WH-1000XM4 inherits all of the punchiness and dynamism of its predecessor.

Sound is subjective, because we all hear things differently, and to my ears, the WH-1000XM4 has an incisive, powerful, fun, and authoritative sound. And it accomplishes this without any sacrifice in clarity or dexterity. Bass is maybe a little overpowering but it’s appreciably cleaner than it was in the WH-1000XM3. Mids are present and quite forward in the mix but highs are still lacking that last bit of air and sparkle. Sony has tuned the WH-1000XM4 to sound exciting to the masses and they have succeeded. It’s not my preferred type of sound but I can see many people loving it. 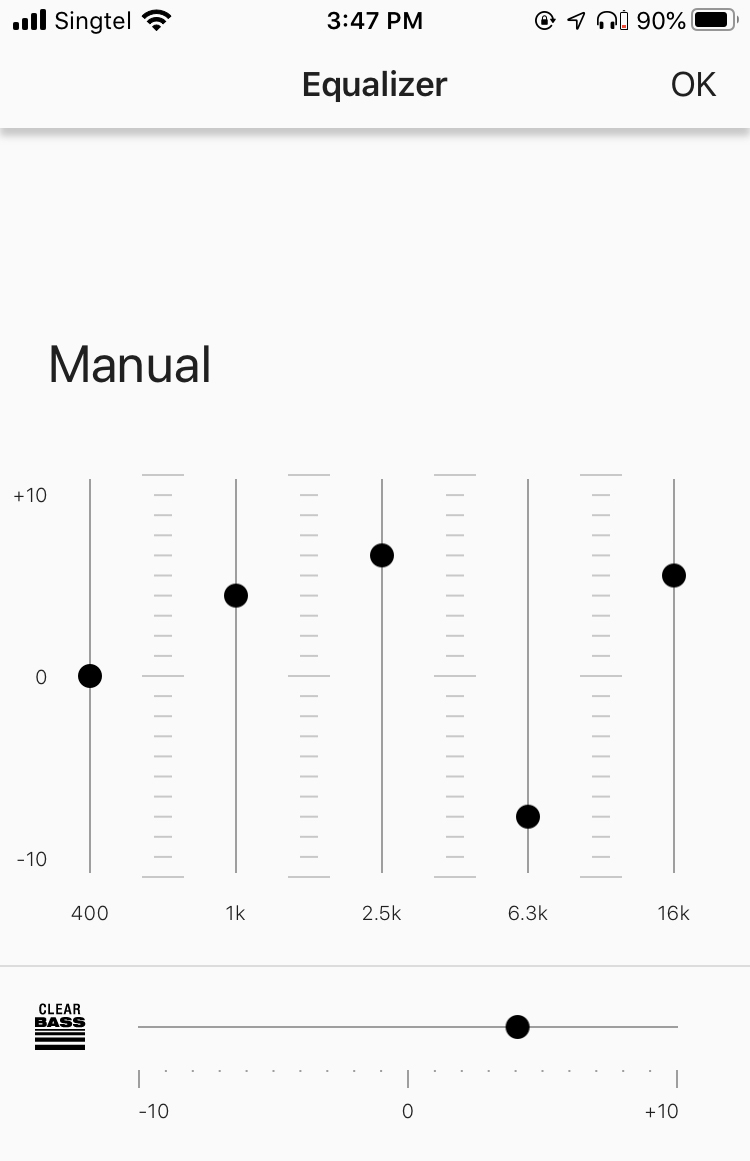 That said, I think it works best when you are out and about and in a noisy environment. Bass energy is easily lost to the environment. At home, it's too boisterous to listen to for long periods. Maybe age is catching up but I find that there’s too much energy. Of course, you can tweak the sound using the app and try to create a more laidback sound but you just can’t hide the energy of these drivers.

Even when used passively, the WH-1000XM4’s exuberant nature cannot be suppressed. It used to be that wireless headphones would sound drastically different when relieved of their internal amplifier but that’s not the case here. You lose little in the way of performance even in passive mode. It’s less accurate and just slightly less dynamic and less impactful. Late at night when there’s less traffic around my place, I actually prefer using it this way.

The WH-1000XM4 vs true wireless options 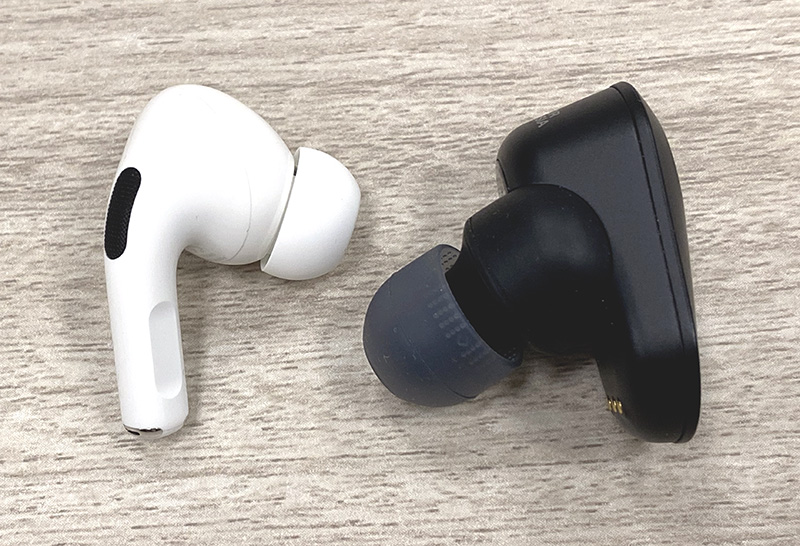 How does the WH-1000XM4 stack up against the ever-growing crop of true wireless earbuds like the AirPods Pro and even Sony’s own WF-1000XM3. First, I’ll concede right off the bat that the comparison is not entirely fair – it's not apples to apples – but the growing popularity of true wireless earbuds is something that I think needs to be addressed.

Like the WH-1000XM3, the new WH-1000XM4 also has a big battery life advantage. I once took the old WH-1000XM3 from Singapore to New York via Frankfurt on a single charge. On the other hand. I lost count of the number of times I had to juice my AirPods Pro up when I flew to Las Vegas earlier this year for CES 2020. And as I've shared on the first page, I could easily use the WH-1000XM4 for days before needing a charge.

That said, the convenience, portability, and freedom of true wireless earbuds are unparalleled, and that's a big reason why they are so popular. Also, if you can get a good fit, I also think that they can be more comfortable. It also helps that most of them can fit easily into bags and even pockets. At the end of the day, you'll have to consider what your priorities are and what are the trade-offs you are willing to live with. 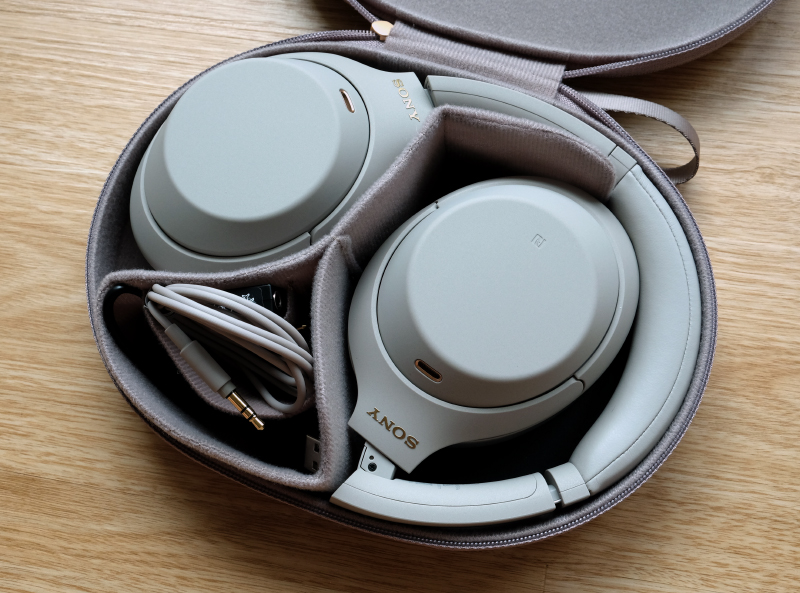 The new WH-1000XM4 has the same exact launch price as its predecessor, which is S$549. It's pricey but for cancelling out external noise and cocooning yourself in your own world, the WH-1000XM4 is in a class of one. Its predecessor was already the top dog in this regard and this new headphone simply widens the gap between Sony and its competitors.

Even though most of us are not going to see the inside of an aircraft soon, the WH-1000XM4 can still be a very helpful tool at home. It’s incredibly effective at nullifying fan and traffic noise and can be used in that regard to create a quiet space for work – especially if you are like me and live next to a busy noisy road.

Sound quality is good too even if, as I mentioned earlier, it’s not quite to my tastes. It’s also very comfortable to wear. Battery life is excellent too, long enough to last days even if you use it for hours and certainly long enough to last any flight. Touch controls seem to have been improved too so they are now more reliable to use. The ability to connect to two devices simultaneously is also much welcomed and makes the WH-1000XM4 so much more convenient to use. 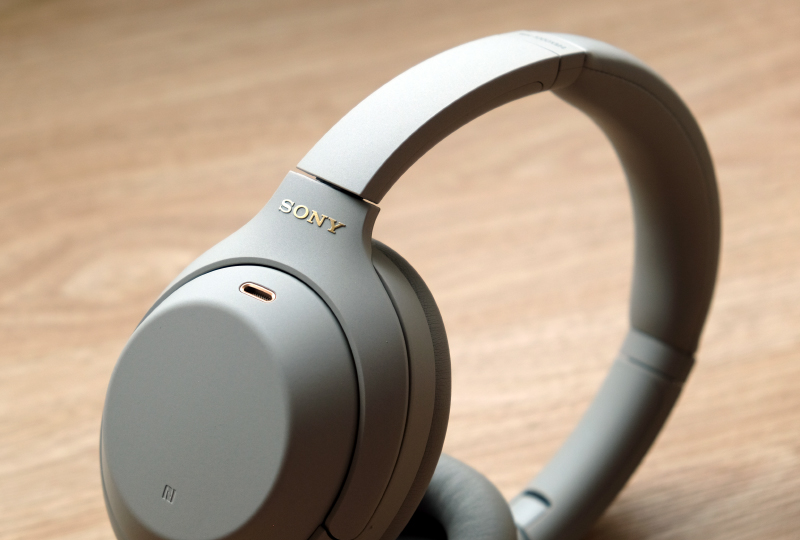 There’s room for improvement, of course. The ambient sound mode is still not ideal. Also, I wished Sony gave us the flexibility to use the USB-C port as a digital input so that I can connect the headphone directly to a source device and output digitally to the headphone. But these are just minor issues and niggles.

Should owners of the WH-1000XM3 upgrade? Probably not. The WH-1000XM4 has better noise-cancellation but as I said, the improvement isn't significant enough to warrant shelling out another S$549. Furthermore, sound quality is more or less the same. That said, the biggest improvement for me is the ability to connect to two devices simultaneously. If you need this feature, then it might be a worthwhile upgrade.

If you are coming from an older headphone like the WH-1000XM2 or even the Bose QuietComfort 35 series, then there's a greater impetus to upgrade. The improvement in noise-cancellation is going to be a lot more appreciable and the longer battery life (compared to the QuietComforts) is an added bonus.

All in all, the new Sony WH-1000XM4 is a great wireless noise-cancelling headphone and it demonstrates and cements Sony’s prowess in this category of audio products. Whoever wants to usurp it will have to come up with something very special.

** The Sony WH-1000XM4 is priced at S$549 and it's available now at major retail stores, the Sony Online Store, and the Sony Flagship Store on Lazada. We've also spotted it on Amazon Singapore. **