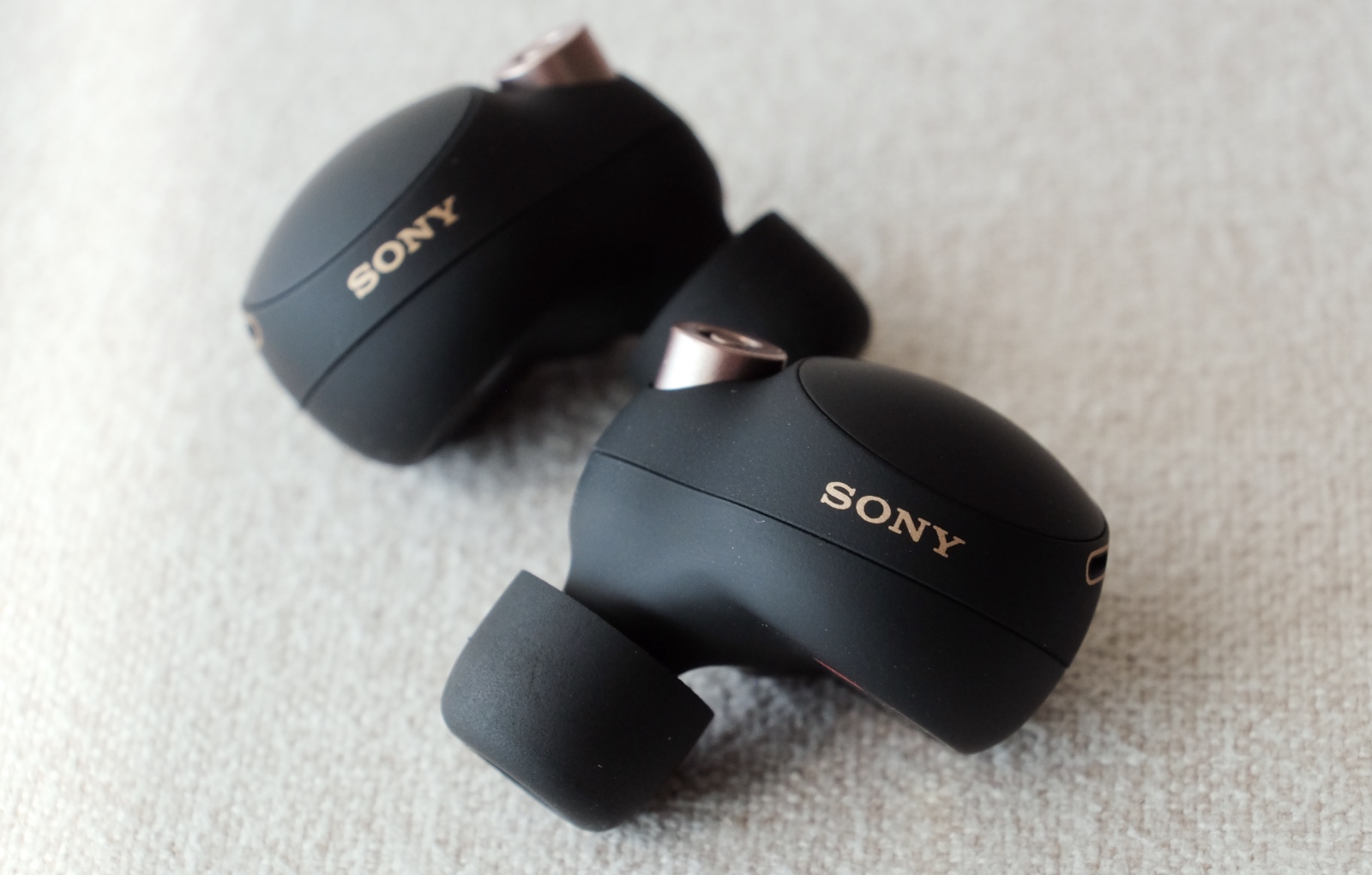 It has taken almost two years but the long-awaited successor to the WF-1000XM3 is finally here. And, unsurprisingly, Sony is calling it the WF-1000XM4. These are Sony’s new flagship true wireless earbuds and the changes are numerous. Sony boldly claims it delivers “industry-leading noise cancellation” but the world of flagship-class true wireless earbuds is drastically different from two years ago. So let’s take a closer look and see if Sony has been doing its homework. 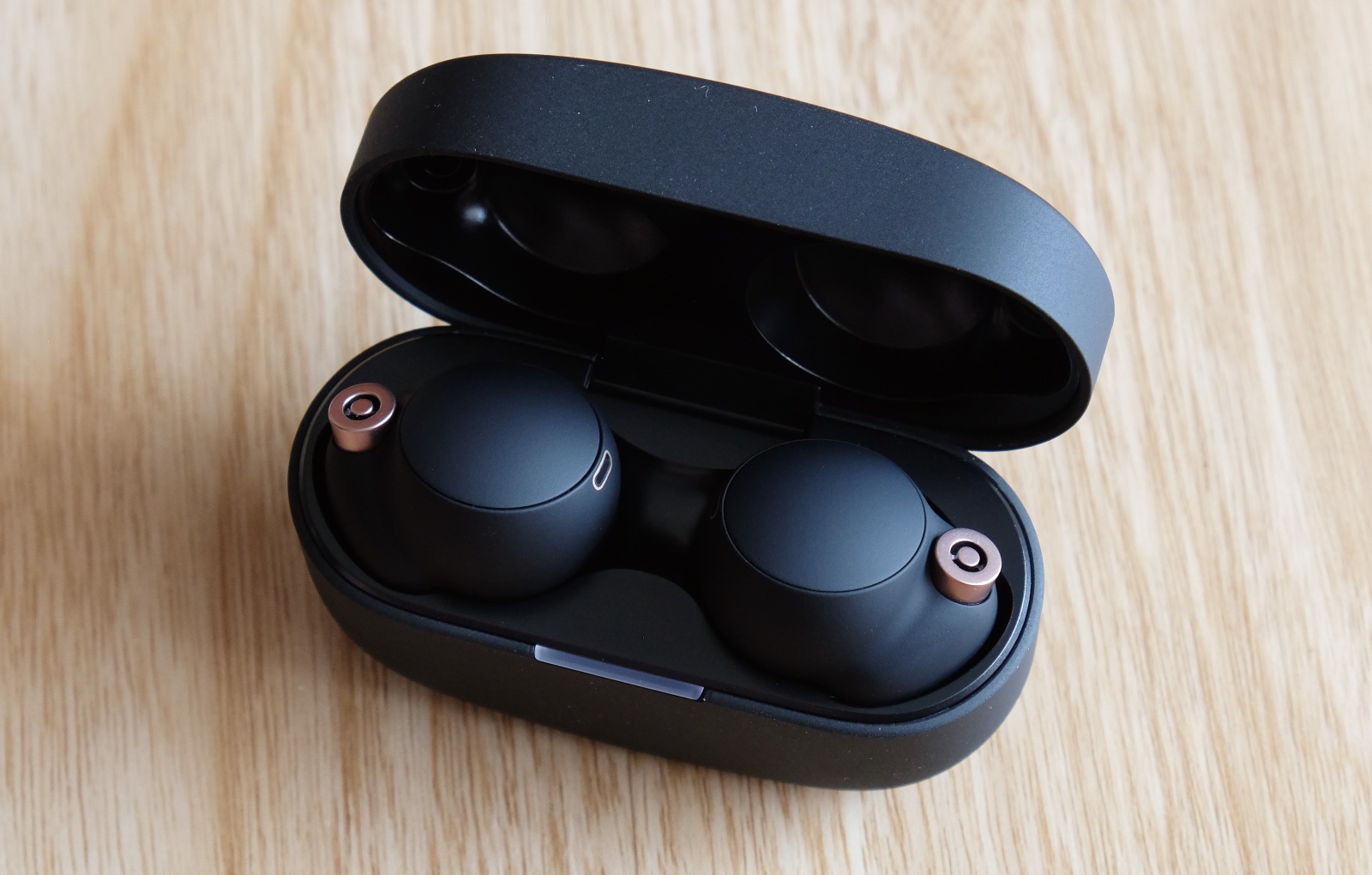 You can immediately tell from the moment you open the WF-1000XM4’s packaging that Sony has put a lot of thought into this product. Putting aside the fact that the packaging is mostly made out of recyclable and sustainable materials, the WF-1000XM4 earbuds look nothing like their predecessor. Using data of ear shapes from around the world, Sony has made big changes to the way they look and the way they wear. The WF-1000XM4 earbuds are more bud-like, rounder, and less bulky. The result of this new design is that they fit better than their predecessor. In the ears, they feel more snug and secure. Even when I’m running, they stay put. Sony says overall volume has been reduced by 10% but to me, it feels like a lot more. I suppose that’s intelligent design. 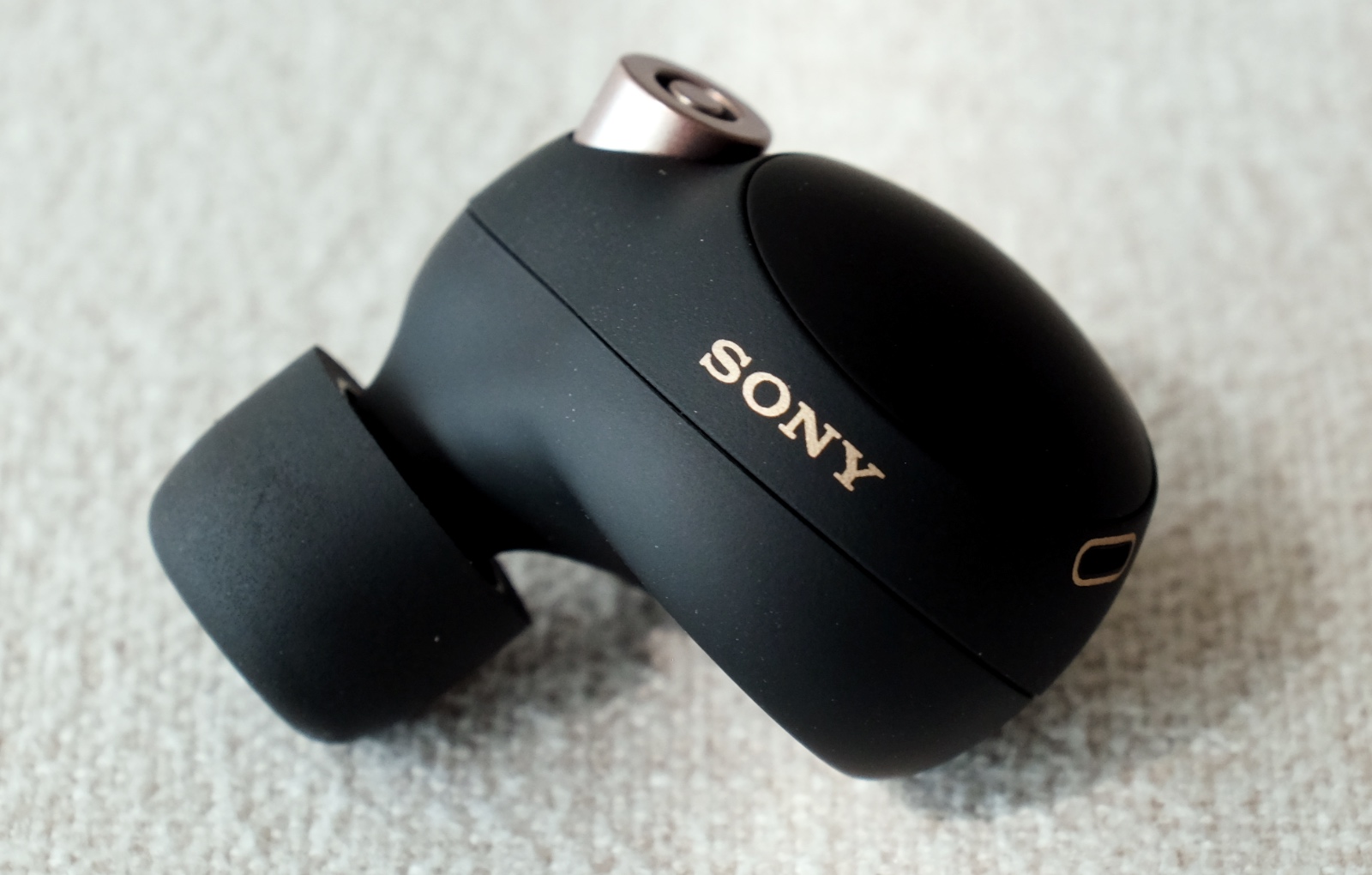 The new design makes the WF-1000XM4 earbuds more comfortable to wear for long periods than their predecessors. But I won’t say they are the most comfortable. The AirPods Pro remain the gold standard but the WF-1000XM4 are on par with rivals like Sennheiser’s True Momentum Wireless 2. Because of their snug fit, you still feel them in your ears and they don’t quite disappear like the AirPods Pro do. I could wear them for around two to three hours before I feel like I need to give my ears a break – your mileage, of course, may vary. 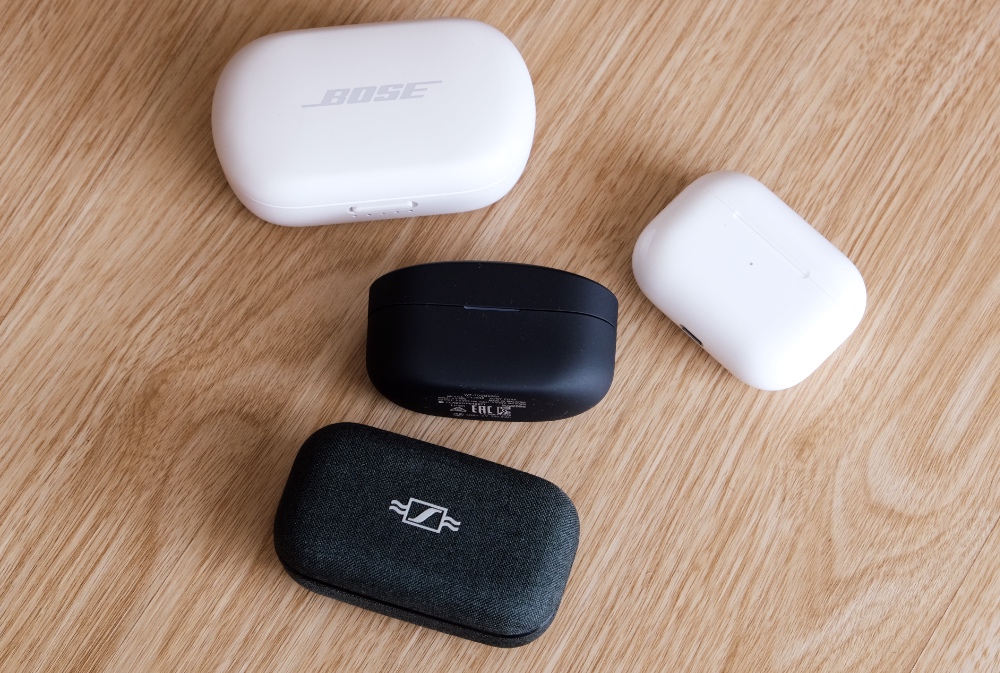 The charging case charges via USB-C and supports wireless charging. It has been downsized too, to the tune of a whopping 40%. It’s considerably more compact and more comparable in size to its rivals. But perhaps most importantly, fits comfortably in pockets. Owners of the WF-1000XM3 who found its charging case to be too cumbersome might want to upgrade just for the more pocketable charging case. 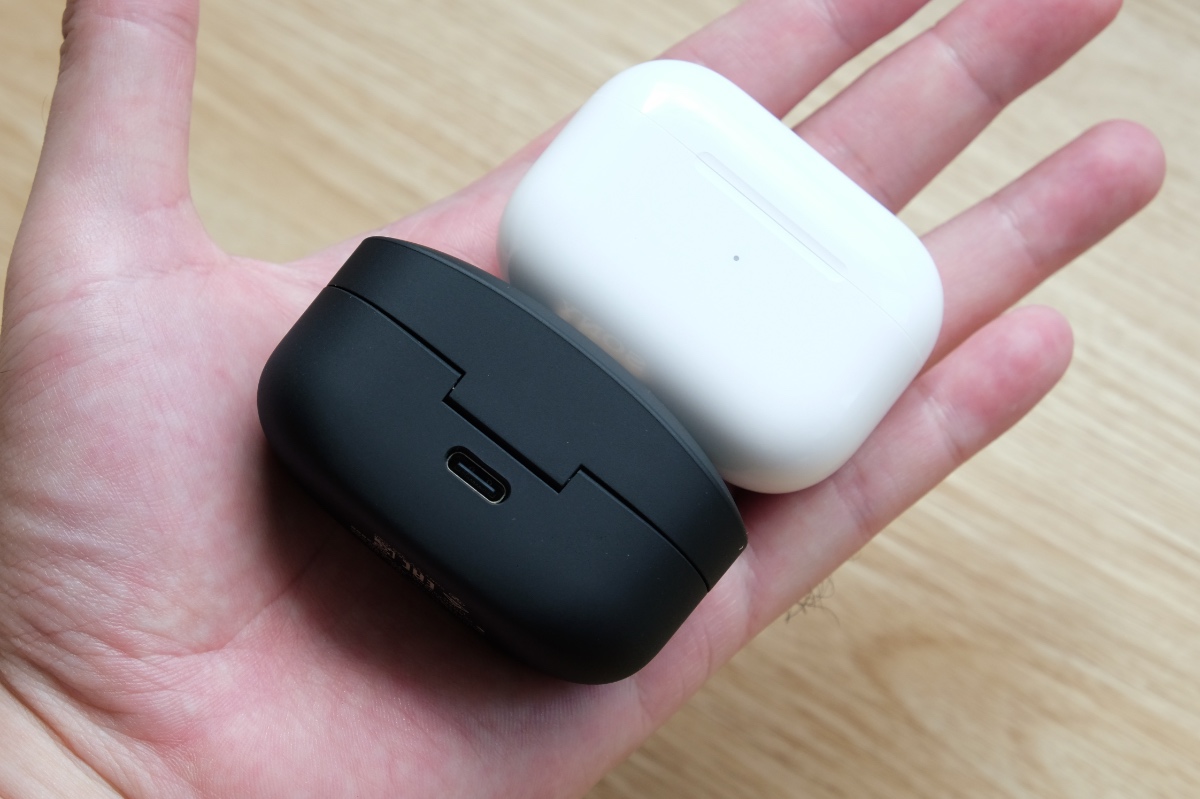 The WF-1000XM4 comes in black and silver (more like beige, actually). Both units feature gold accents and both look attractive. But if I had to pick, I’ll go with black. They are IPX4 water-resistant which, according to the IP code, means they’ll withstand splashes of water and sweat.

The large circular panels on the earbuds are touch sensors. By default, the left sensor controls the active noise cancellation modes while the right sensor is used for playback controls. You can customise these controls in the app but Sony only lets you choose from predefined templates. For example, you can add volume control to the touch sensor but at cost of giving up either active noise cancellation controls or playback controls. 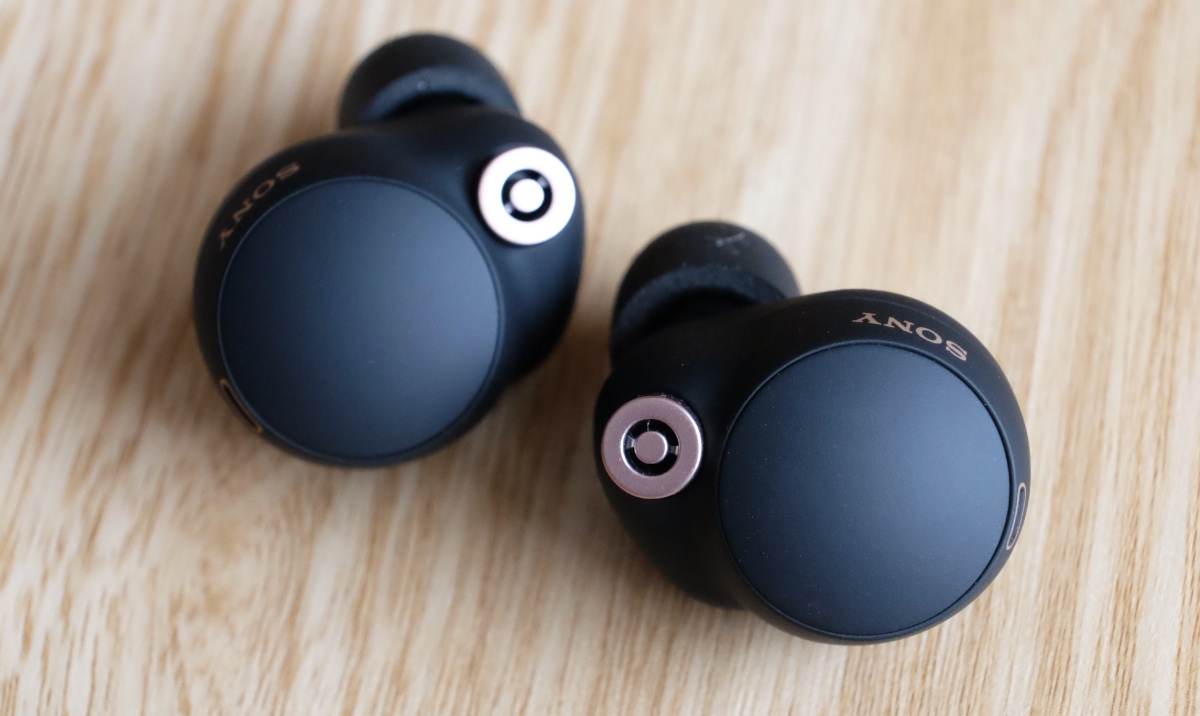 If it’s any consolation, these touch sensors are one of the most responsive that I’ve used in a true wireless earbud. Inputs register cleanly and consistently so controlling the earbuds was a cinch. Also helpful is the fact Sony is one of the few companies that insist on using voice prompts to let people know what’s happening to the earbuds as opposed to some brands that use ambiguous bings and bongs. So if you are switching between noise cancellation and ambient sound modes, the earbuds will announce it so you know exactly if your inputs have been properly recognised. 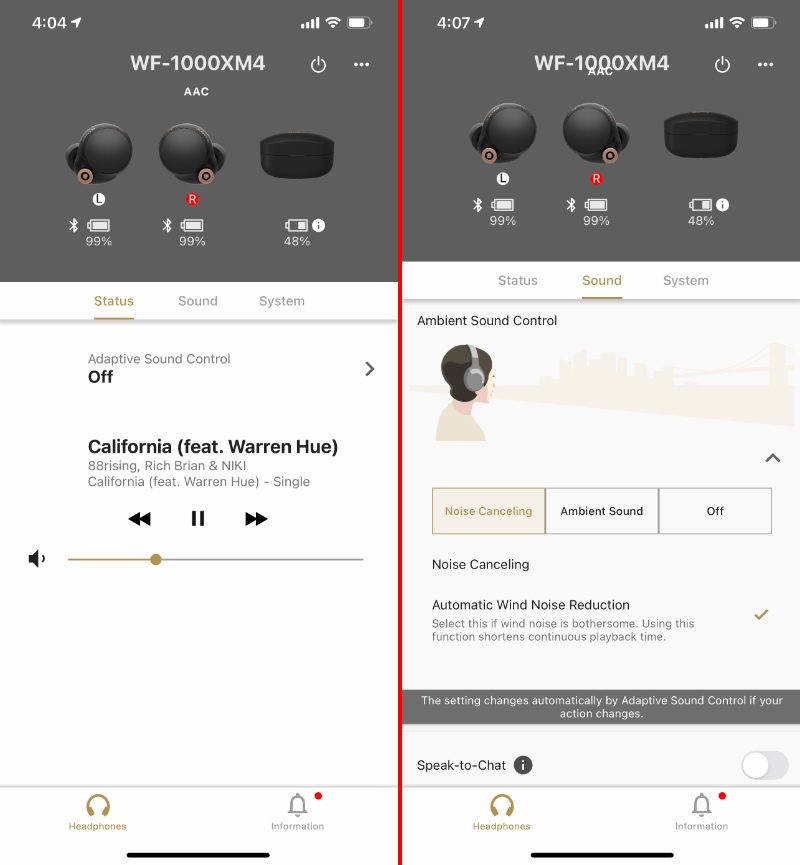 For full control over the earbuds, you’ll want to use Sony’s Headphones app. Apart from letting you customise the touch controls, the app also lets users manage the intensity of noise cancellation, activate/deactivate the Speech-to-Chat function, tune the sound with the equaliser, update the earbuds’ firmware, and more. It’s not the prettiest app and it can be a little confusing for newcomers to find where certain settings are but it works well enough. 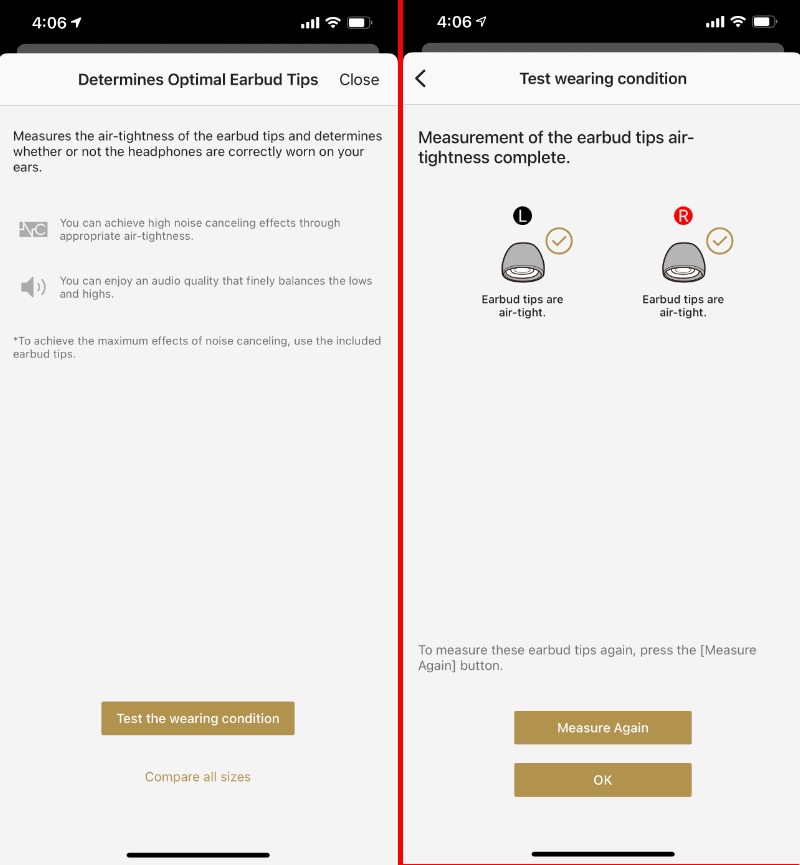 One feature in the app worth highlighting is the one that helps you determine the best ear tips for your ears. It measures the seal, which is crucial for any in-ear headphone to sound right. To use it, find the option in the app and it will start playing a test tone. Once that's done it will generate results informing you if the tips are air-tight. It takes a lot of the guesswork out and makes it easier for users to identify the right ear tips for their ears.

Inside the WF-1000XM4 earbuds is the all-new Integrated Processor V1. Sony is quite vague on what exactly this new processor does and only says it “takes the noise cancelling performance of our acclaimed QN1e chip and goes even further”. It’s supposed to deliver better noise cancelling performance while consuming less power. The setup also consists of two noise-sensing microphones per earbud – one feed-forward and one feedback. This dual microphone setup is also used by Apple’s AirPods Pro. 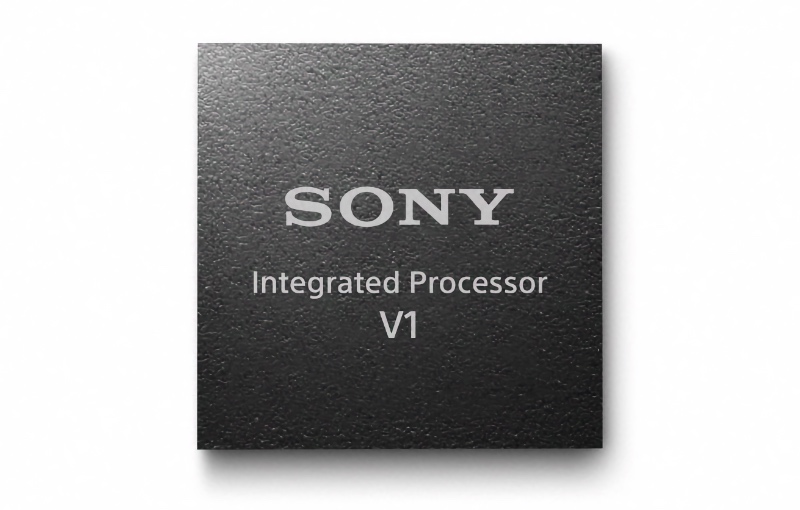 Noise cancelling performance is outstanding. It is hands down the most silent true wireless earbuds that I’ve ever experienced. I could barely hear the two fans that I have arrowed at me during the warm afternoons. It’s the same when I’m walking outside along the street – passing traffic becomes just a mere whisper. So impressive is its ability to cocoon you that I think the WF-1000XM4 earbuds is almost on a par with the larger WH-1000XM4 – though I think the over-ear cans are just a tad quieter. I’m sure the new Integrated Processor V1 has a large role to play in it but I’m certain the new ear tips do as well.

It seems these aren’t just ordinary ear tips. Sony has a name for them: Noise Isolation Earbud Tips. They are made from a “unique polyurethane foam material” and feel like a cross between silicone and memory foam ear tips. I’m well acquainted with Comply’s foam tips but these tips from Sony seem to provide a better seal and more isolation. My only concern is longevity since foam tips typically require replacing quicker and because replacement tips are S$29 a pop. 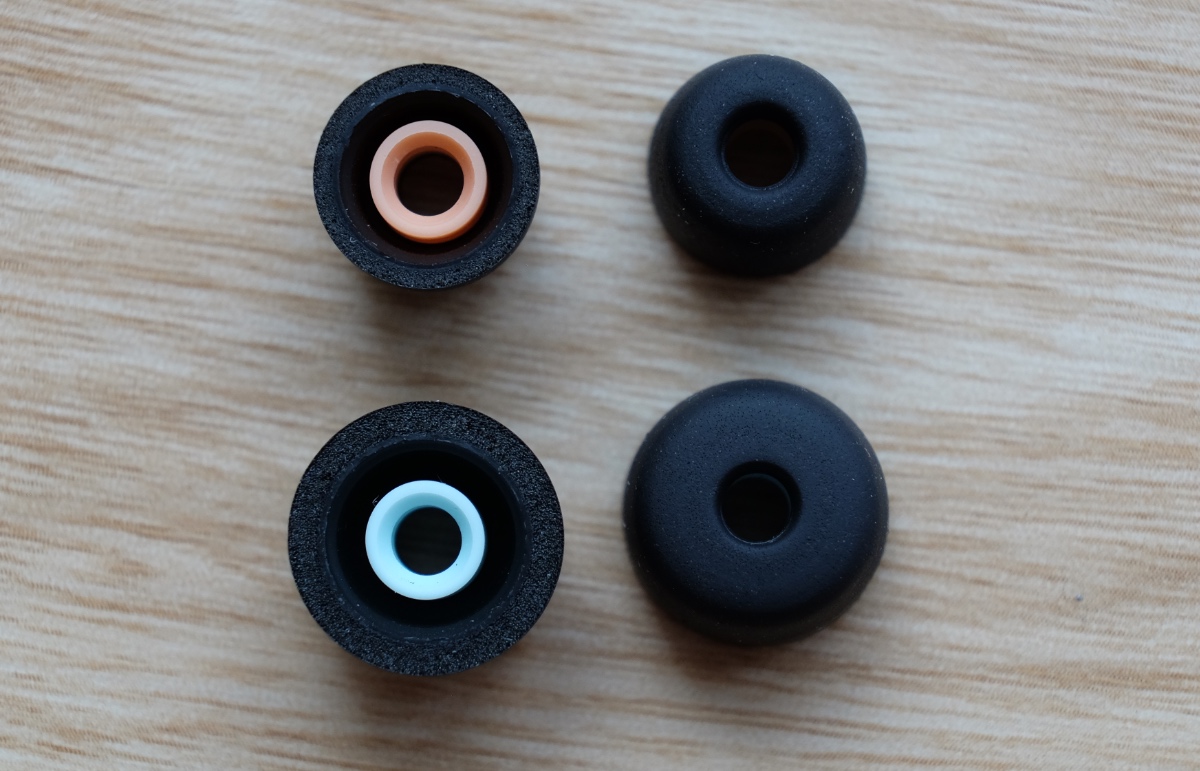 The WF-1000XM4 earbuds have an ambient sound mode that lets in outside noise – handy if you are jogging and walking on a busy street. It’s much improved compared to its predecessor and even the WH-1000XM4. However, Apple’s implementation in the AirPods Pro is still the one to beat.

The mics are passable. Apple’s AirPods Pro are still the benchmark and they trounce the Sonys in terms of clarity. The WF-1000XM4 earbuds, to their credit, are an improvement over their predecessors and they do a good job of suppressing external noise. The problem with them, however, is that they sound noticeably more muffled than their rivals.