Start of a promising comeback If you haven’t heard, Sony will be discontinuing the Vaio Z line. Taking its place would be the Sony Vaio Pro 13, a sleek and sexy little 13-inch Ultrabook that Sony should have made last year, instead of the severely compromised Sony Vaio T (low resolution display, no SSD).

To make sure there are no doubts as to which market segment the Vaio Pro is targeted at, this little machine is full of premium components, a decision which we’re sure many Sony fans or Ultrabook buyers would appreciate.

Specs-wise, both machines are more or less the same. The only major difference is in their form-factors, and battery lives. If you’d like to catch up on what the Vaio Duo 13 is all about, just head on down to our hands-on article written during Computex. While we've managed to give it a good run through as you'll see in the performance section of this article, we'll save the details and our verdict of it in a forthcoming article. In this review, we'll delve into the Sony Vaio Pro 13 and find out how it stacks up against the tough Ultrabook competition. Design-wise, it inherited the hexa-shell which you first saw on the Vaio Z, which according to Sony, is said to strengthen the overall structure of the notebook. While this may be true, we didn’t feel that it added any additional rigidity when compared with notebooks from other brands.

This might be due to the carbon fiber material used to construct most of the notebook. It’s durable and lightweight, which explains the Vaio Pro’s 1.06kg weight. While carbon fiber material is very durable, it feels like plastic, and this is inherent to the material itself. As such, this might put off consumers who are used to the look and feel of aluminum, which is widely recognized as the premium material of choice in notebook construction.

One other point that 's not in favor for the Vaio Pro is the amount of flex seen when using and handling the notebook, which is partly the byproduct of using carbon fiber as the main material of construct. This is especially evident in the machine's keyboard well as the carbon fiber material is quite thin there, and has plenty of flex when you press down on it hard. While it doesn’t affect your typing veracity much, it’s still something to look out for if you’re particular about keyboard flex. This might put off some consumers who're expecting a sturdy and well-built machine when the Vaio Pro 13 is priced at $1,999 - far costlier than most Ultrabooks. One thing going for the Sony machine at the moment is its ultra light weight, but let us detail more about the notebooks to see if its price tag is justified. 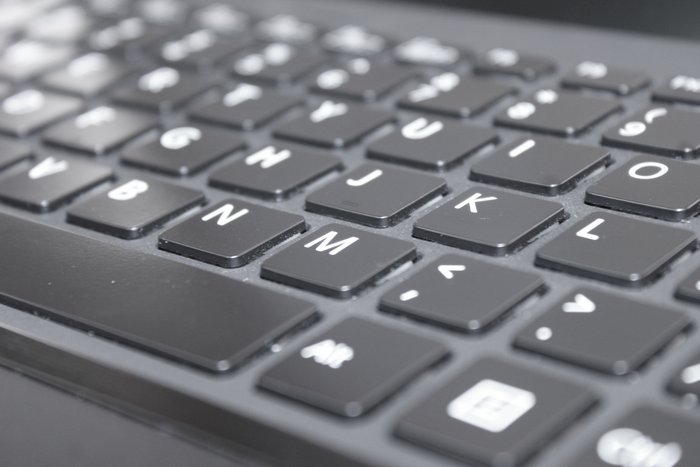 While there are selected areas of the notebook made out of aluminum, like the palm rest, we felt that the Vaio Pro's build quality definitely would have benefited if aluminum had been the dominant material of choice, even though it would added an extra couple of hundred grams to its weight (or thereabout). 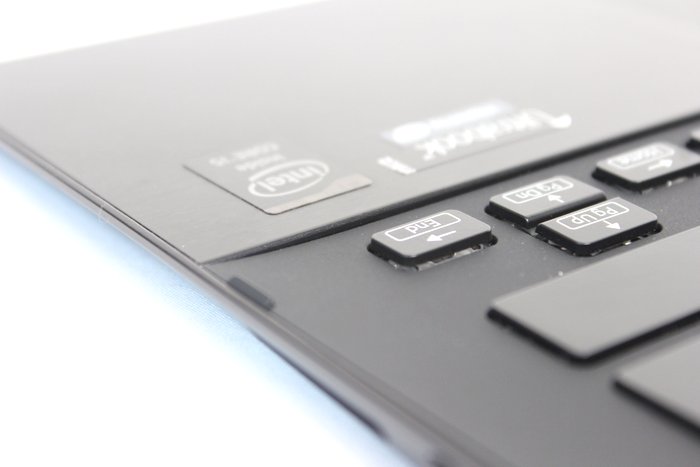 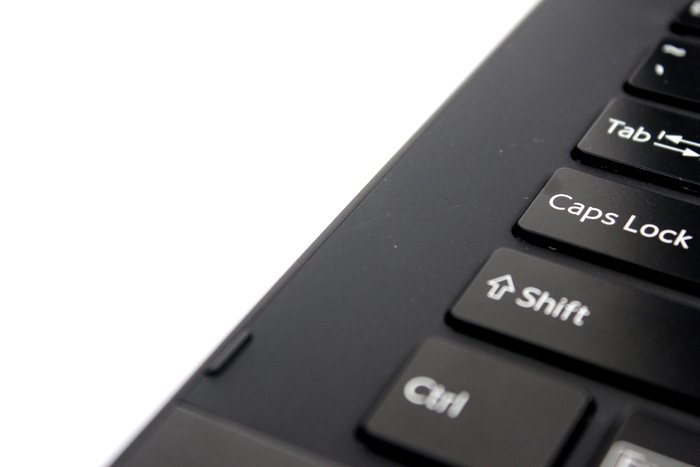 Thankfully, the keys themselves aren’t affected by the flexible keyboard well, because they’re fitted independent from each other. The individual chiclet-style keys are pretty shallow, a problem we had with the Vaio Z, but this time, the keys themselves present much more resistance to provide better typing feedback. So fortunately, there's no mushy feeling while typing despite the lack of key travel (or depth). 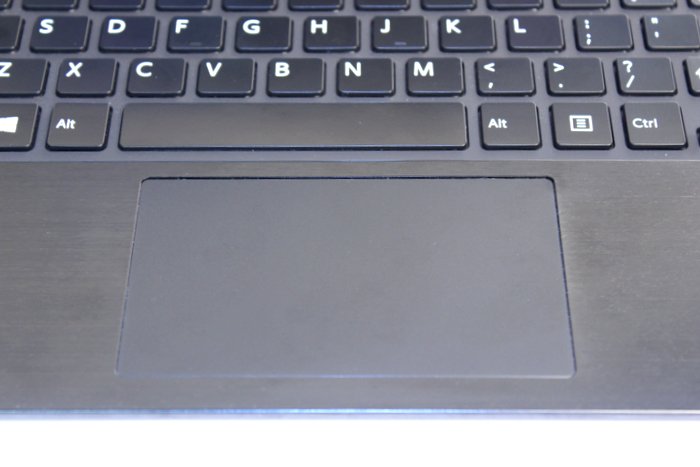 Also an aspect which we're glad Sony improved upon, is the notebook’s trackpad. It's now much larger, because Sony did away with physical buttons in favor of a clickable trackpad (also known as a clickpad) found in most modern Ultrabooks. This allows users to navigate the high-resolution display of the Vaio Pro 13 with ease. It’s not made of glass, but it’s matte surface allows users to slide their finger around with no problems. Take note that it’s a multi-touch trackpad, so if you don’t want to reach out to touch the display, you can easily use some of Windows 8’s multi-touch gestures on the trackpad itself. Thanks to the comfortable to use, large clickpad, it’s very easy to forget that the Vaio Pro 13 has a ten-point multi-touch display, protected by a layer of Gorilla Glass 3. Besides being the more straightforward form of interaction with theyour system, the full HD (1920 x 1080 pixels resolution) IPS Triluminos branded display on the Vaio Pro 13 is also quite stunning. Viewing angles are good, despite the fact that it’s a glossy screen. This means you can view the display from almost any angle with minimal loss in image quality (thanks to the IPS display). Images won't lose contrast or color when the screen is viewed off-angle, a feat that notebooks with cheaper TN-based displays can't deliver.

Color reproduction is also excellent, without being too washed out or over saturated. This is due to the machine's Sony's Triluminos and X-Reality display technology, which is also found on Sony's TVs as well as handsets. These displays support a wider color gamut, , so colors appear more vivid and clear, which in turn allows images to appear more life-like. This, coupled with the X-Reality hardware processing engine to enhance images through adjust sharpness, contrast and saturation gives the Vaio Pro 13 one of the best displays we've seen.

With a display this impressive, the Vaio Pro 13 would be great for users who need a highly portable machine to work on photographs and need the machine's image reproduction to be as faithful as possible to the original materials.

Rigid to the Touch 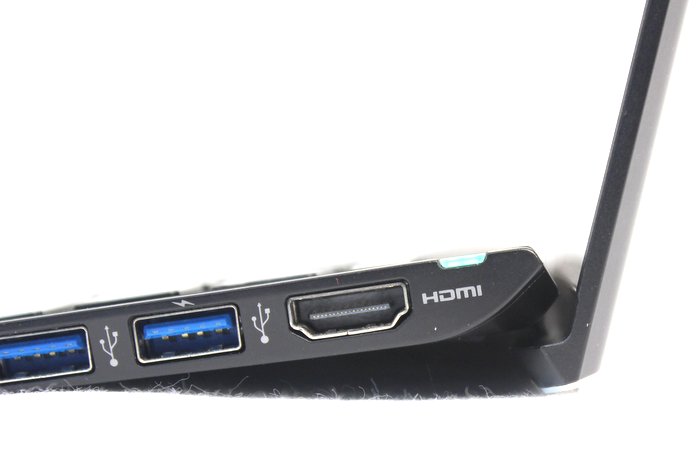 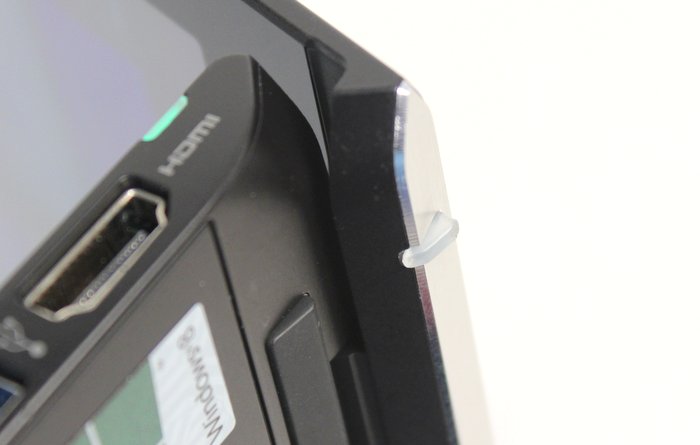 Unfortunately, like all notebooks with a clamshell form factor and a touch-enabled display, using too much force to interact with the display would push the display backwards, making it wobble slightly or altering your viewing angle.

It doesn’t mean that the hinges are not good -- because they are rigid -- but there are limits to this and this is more of an issue that all clamshell touchscreen notebooks face. So if you think that you'll be interacting with the machine's touchscreen often, you'll likely have to cradle the screen.

And if you're impressed with the display quality, and can't wait to watch movies on it, you'll be pleased to know that Sony also accompanied the notebook with a pair of fairly loud speakers built-in. Audio is loud enough for personal use, and it doesn’t distort or get muddled when volume is maxed out, which is great for users who would like to enjoy their music or movies when they’re alone.

Not Many Connectivity Options

Sony wasn't able to fit as many connectivity options onto the Vaio Pro 13, unlike what they did for the Vaio Z, which had VGA and RJ45 ports on a frame that's just as slim. Even if not for the latter ports, probably a couple more USB ports would have really helped the notebook's extended functionality. Of course to be fair, the Vaio Pro 13 does have 2x USB 3.0, 1x HDMI, audio combo jack and a card reader. These should suffice the basic needs for most users, but if extended connectivity is something you need, then the Sony Vaio Pro 13 might disappoint you. For example, due to the lack of a RJ45 LAN port, should you require such connectivity in your professional usage, you would have to sacrifice one USB port for devices like this pocket router dongle that has a RJ45 LAN connection. 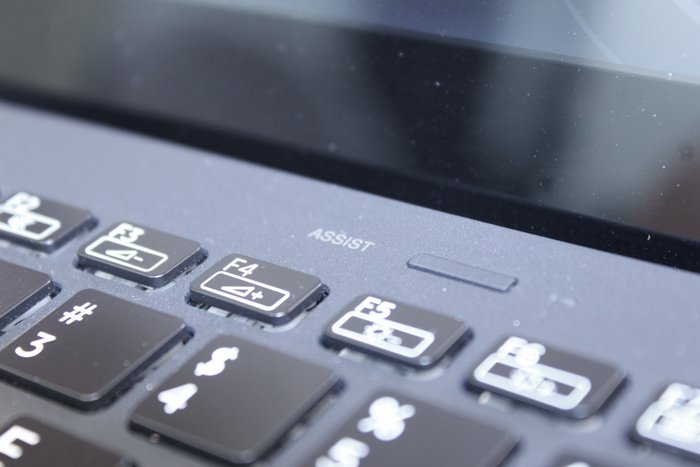 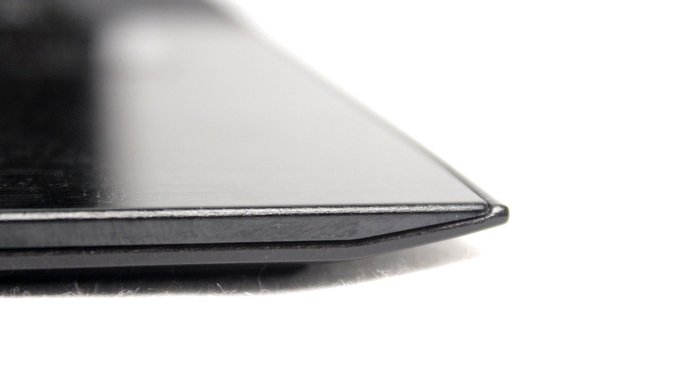 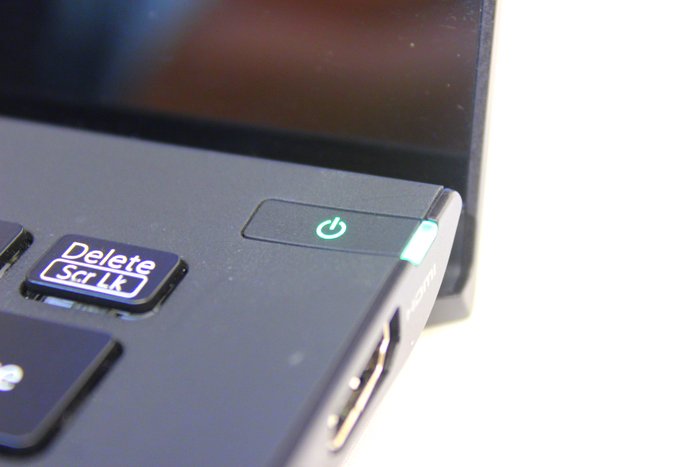 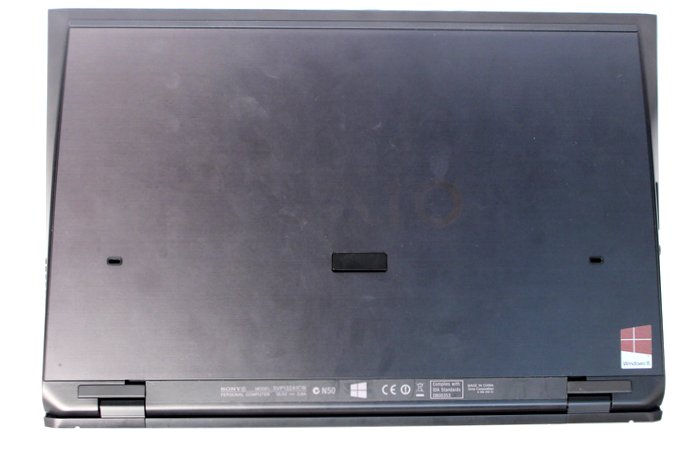 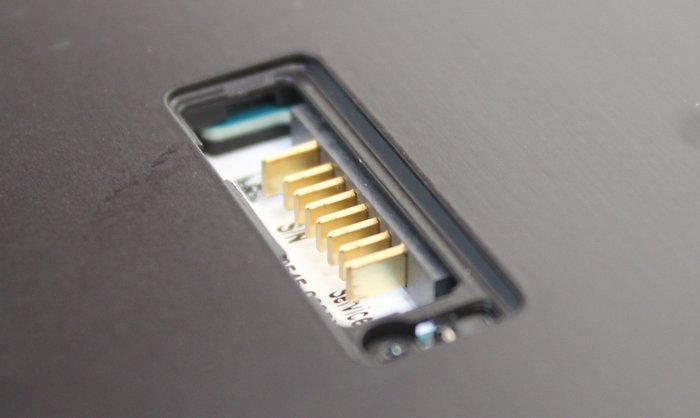 Write a Review
Compare This | Specifications
Lightweight
Good design
Premium materials
Large trackpad
Flexing in certain areas
Shallow (but rigid) keys
Expensive
Our articles may contain affiliate links. If you buy through these links, we may earn a small commission.
Sponsored Links