Say what you want about Sony’s performance lately, but there’s one thing you just can’t say -- that they’re not trying. A few short months after revealing their flagship Ultrabooks, the Sony Vaio Duo 13 and the Sony Vaio Pro 13, Sony has yet again launched another Ultrabook at the tail-end of 2013, the 13.3-inch Sony Vaio Fit 13A that's targeted at users who’re looking for a notebook that offers the best of what the Duo 13 and Pro 13 have combined. Since the proposition is so interesting, we got one in for review.

Despite having a whole stable of high-performance Ultrabooks already on the shelf, the Fit 13A is in no way handicapped to avoid cannibalizing on Vaio Duo and Vaio Pro sales. It has all of the top-tier components commonly associated with Ultrabooks, like its speedy fourth generation Intel U-series processor and SSD. 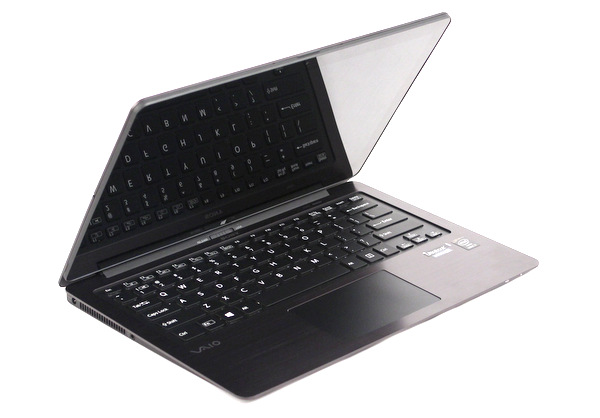 So then, where does the Fit 13A fit in Sony's Ultrabook lineup? Simply put, the Duo 13 (being a convertible notebook) has certain limitations (refer to our hands-on article), like a smaller keyboard and trackpad, while the Pro 13 (being designed as a light-weight Ultrabook) doesn’t have an option of using it as a tablet, nor does it come with a digitizer.

Hence the 1.31kg, 14.3mm slim (at its thinnest point) Vaio Fit 13A sits right in between the two machines in terms of functionality. It has a full sized trackpad and wrist rest area that the Duo 13 doesn’t have, and is able to convert into a tablet, a form factor that the Pro 13 doesn’t have. 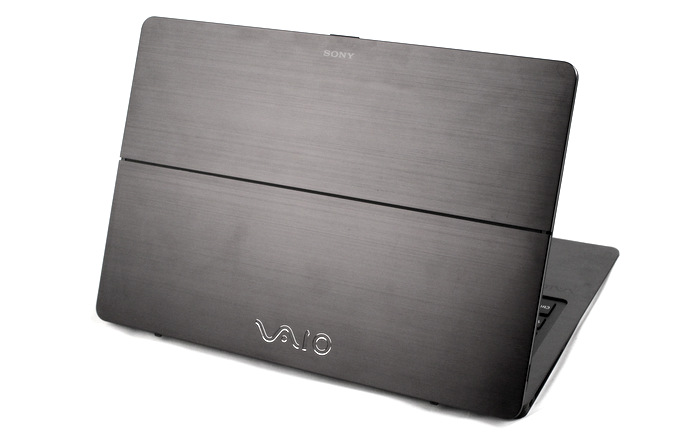 The Fit 13A is able to convert into a tablet with the help of a unique hinge that sits in the middle of its display. Simply unlock the hinge, and flip the screen backwards, and it will stay securely in place thanks to strategically placed strong magnets. If you leave it as it is, you’ll have the Fit 13A in display mode, which is great for viewing content without having the keyboard in the way. 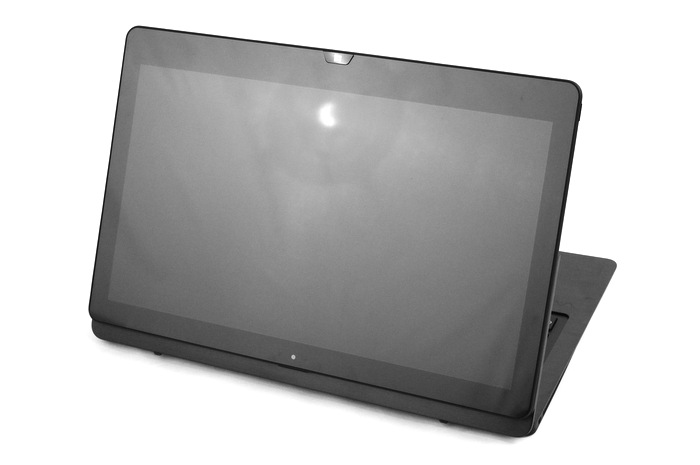 Close the lid after flipping the display, and you’ll immediately have it in tablet mode. In this mode, users will be able to interact with the machine’s touch display with either their finger, or the included digitizer (powered by N-Trig technology) stylus. 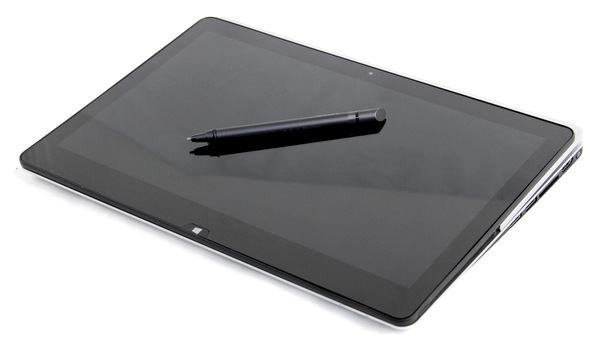 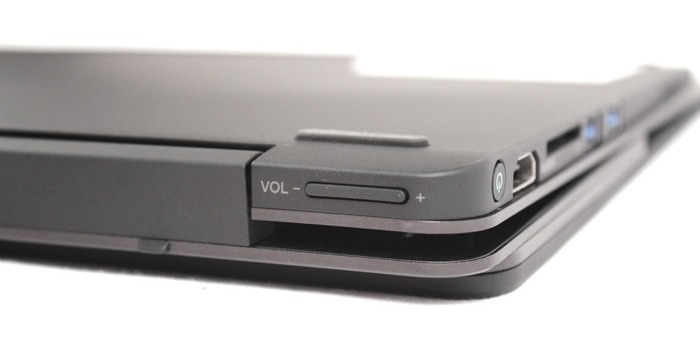 While this kind of versatility is present on many convertible Ultrabooks, the Fit 13A’s implementation is simple yet elegant. Conversion from notebook to tablet is smooth, without any elaborate mechanisms to get in the way, or present problems due to wear and tear. However, take note that the machine’s lid has to be fully open (90 degrees or more) before you attempt to flip the display, because the machine’s keyboard will be in the way. 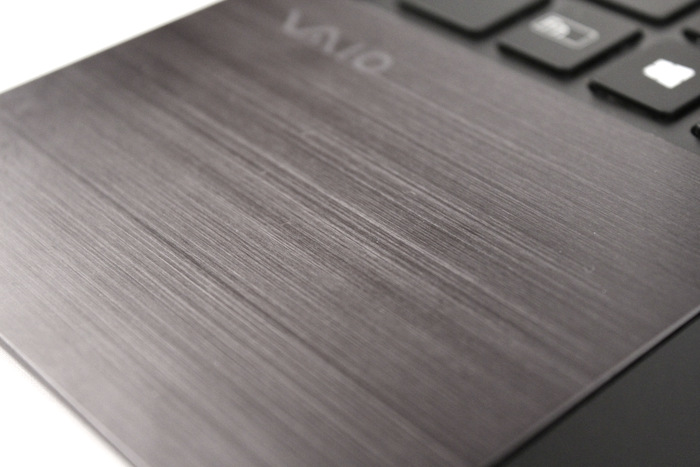 In terms of design, the Fit 13A deviates from the design philosophy applied to the Duo or Pro notebook models. Instead of simply plastic, or carbon fibre, Sony opted for brushed aluminum, which gives it the premium look that it deserves. Using aluminum, not only looks great, it’s also light and strengthens the whole machine. There is still plastic at the bottom of the machine, but it has a soft-touch coat that gives the user a better grip when holding the Fit 13A in tablet mode. 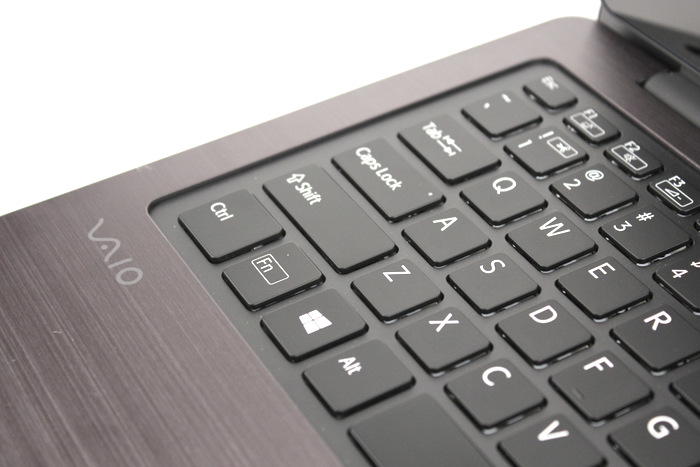 While everything about the machine looks good, right down to the plastic interior of the machine, which has the same shade of silver as the palm rest, the choice of plastic for the machine’s keyboard well isn’t a very good one. Since it’s also separate from the palm rest, the keyboard presented plenty of flex when typed on aggressively. This is probably fine in Japan where people type considerately, but for aggressive typists who need plenty of feedback, it could be a problem. The good news is that while the keys themselves are shallow (like the keys on most Ultrabooks), they're quite rigid and have a strong feedback, which helps to give typists the necessary assurance for accurate typing given the limitations.

Another problem we found while conducting benchmark tests was that Sony neglected one very important aspect of the machine - adequate cooling. The machine's small cooling vent on the left of the machine isn’t enough to allow the machine’s CPU and onboard GPU reach their full potential, the same issue that Sony’s Vaio Pro 13 faced. Despite our findings, it won’t make much of a difference to most users in their day to day usage needs, but when pushed to its limits, the Fit 13A will not perform as well as another equally specced notebook that has been endowed with a more aggressive cooling system. 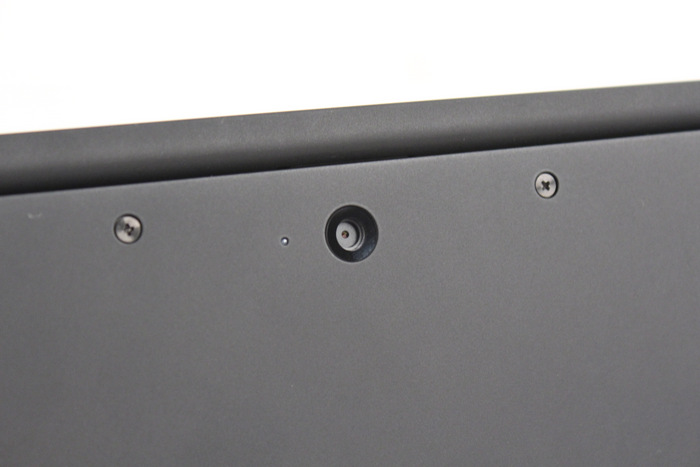 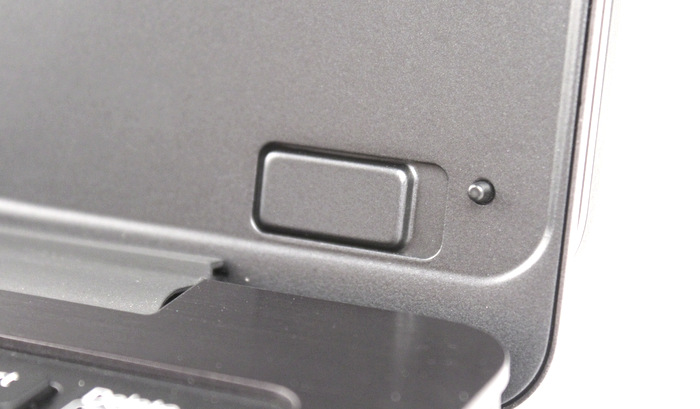 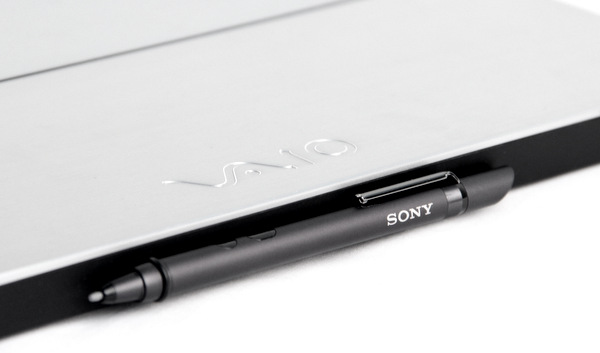 Write a Review
Compare This | Specifications
Great design and build quality
Converts modes with ease
N-Trig digitizer support
Shortchanged on performance
Flimsy keyboard well
Expensive
Our articles may contain affiliate links. If you buy through these links, we may earn a small commission.
Sponsored Links