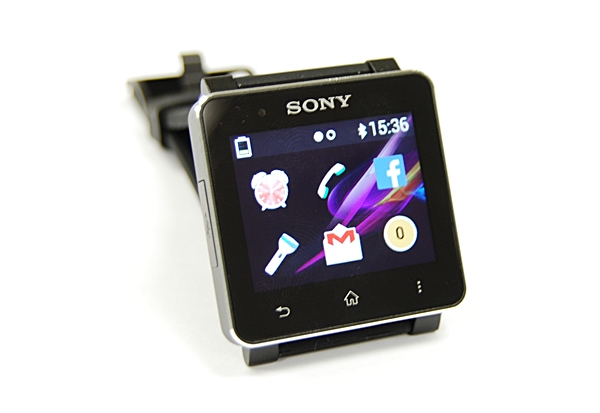 Sony is no stranger in the wearable tech scene as it was one of the earliest companies to venture into this space. The Japanese company introduced the MBW-100 and MBW-150 Bluetooth watches in 2006 and 2008 respectively.

Its more recent offering is the Smart Watch, which was released in 2012 and only garnered worldwide sales of 200,000 units. With the wearable market expected to grow in the coming years, Sony capitalized on the experience gained from its previous attempts and launched its third generation wearable device, the Smart Watch 2 at Mobile Asia Expo in Shanghai last June.

Does the extra years of experience and insight from customers' feedback help Sony come up with a better smart watch this time? Well, let's find out in this review. Here's a quick overview of the specs of the Sony Smart Watches and the Samsung Galaxy Gear:

(Note: We've done a hands-on article with the Sony Smart Watch 2, so we'll summarize the key points here instead of going into great length again.)

The Smart Watch 2 remains the best looking smart watch in the market besides the recently announced Pebble Steel. As taste is a highly subjective matter, we would say that fans of recent Sony Xperia mobile devices will like its design as the Smart Watch 2 inherits the design DNA from its larger counterparts.

For example, you still see the metallic power button on the right side of the device which is a signature design element of all Xperia devices. The Smart Watch 2 is also water resistant with an IP57 rating, allowing you to submerge it to 3 feet for up to 30 minutes. 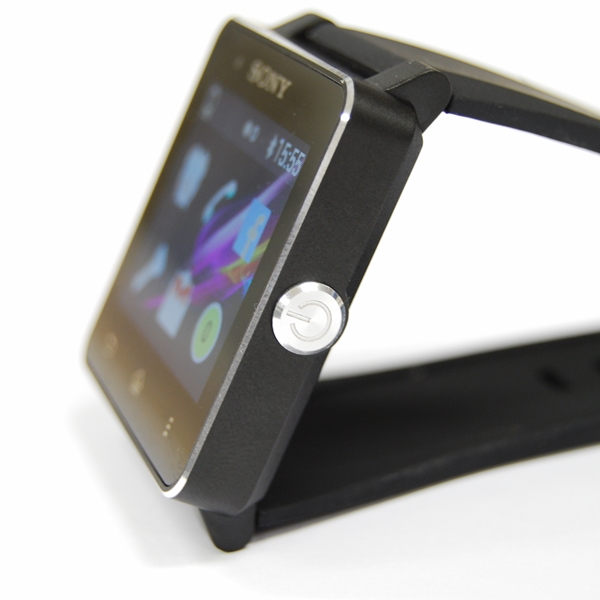 Sony recommends that you do not use it during showering, bathing, swimming, diving or snorkeling activities. Regardless of the restrictions, the Smart Watch 2 is more than capable of surviving the occasional washing of hands at the sink and a sudden downpour of rain in your daily routine, provided you keep its port cover closed. 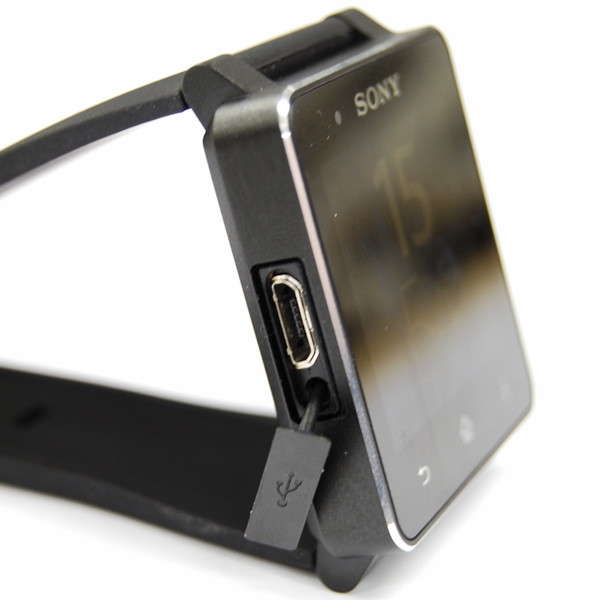 In terms of handling, the Smart Watch 2 is significantly more portable than the Samsung Galaxy Gear. The Smart Watch 2 with a rubber silicon strap only weighs 48.4g on your wrist while the Galaxy Gear is almost 30g heavier. Its overall size should suit most consumers, but those with smaller wrists may find it a tad bulky. 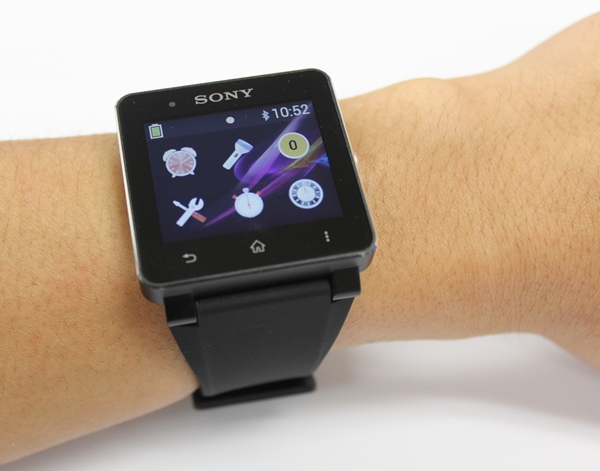 As a third generation smart watch, it is strange to see Sony equip the Smart Watch 2 with a mediocre display resolution of just 220 x 176 pixels while the Galaxy Gear (Samsung's first attempt) came with a slightly higher resolution display at 320 x 320 pixels. Therefore, it is easy to spot pixels on the screen and the app icons do not appear as sharp.

While Samsung requires you to remember a series of swipe and tap gestures to use the Galaxy Gear, any Android user will find operating the Smart Watch 2 a breeze as Sony uses the standard three capacitive navigation buttons (back, home and menu) at the bottom of the display. You also can swipe left or right, and top down to view notifications.

As a result, the size of the display on the Smart Watch 2 does not affect the user navigation as much as that of the Galaxy Gear. Having said that, the 1.6-inch display is sufficient for reading notifications and navigating the interface.

Like most smart watches, the Smart Watch 2 requires you to download a companion app called Smart Connect. It's an official app from Sony that enables you to set up and manage any Sony accessories connected to your smartphone. There are two ways to get the app:

The Smart Watch 2 will work with devices running Android 4.0 and above, which gives Sony an edge over Samsung as the Galaxy Gear works only with selected Galaxy devices. However, the Pebble remains one of the most versatile smart watches in the market as it supports iOS too.

A successful Bluetooth pairing of the Smart Watch 2 and the smartphone will prompt you to download the Smart Watch 2 app, which enables you to customize the user experience. This is where you search for apps to install and use on your smart watch.

At time of publication, there are more than 300 apps developed for the Smart Watch 2. In comparison, Samsung said that there would be at least 70 apps for the Galaxy Gear at launch (which we only found 37 locally) and the Pebble watch has over 2,200 apps as of December 18, 2013. To give you an idea of the different types of apps available for the Smart Watch 2, here's a list of categories you will see in the Smart Watch 2 app:

What You Can Do with the Smart Watch 2

The Smart Watch 2 notifies you of email, text messages and incoming calls. It has a built-in feature (identified easily via a phone icon) which allows you to access starred contacts, check the call log, search for contacts on your phone book and even dial numbers.

As the Smart Watch 2 has no mic, you cannot engage in a voice conversation the same way you could with a Galaxy Gear. The Smart Watch 2 will instead make the call on your Android smartphone. If you are busy and cannot answer a call, you have the option to reject the call with or without sending a message to the caller. You can select from a list of default templates or create your own template under Call handling > Message templates > Add.

The Smart Watch 2 has a host of other functions such as a torchlight (by lighting up the entire screen a blank white), a stopwatch, a timer and an alarm clock. It's odd that Sony did not combine the last three functions in a single app for easier access.

For extra functionality on the Smart Watch 2, you can download third party apps such as Facebook, Gmail and Twitter. The Facebook app gives you the option to select what kind of notifications to appear on your watch. For example, you can select certain Facebook contacts to be notified whenever they post something or opt to be notified whenever someone sends you a message on Facebook.

During day-to-day usage, navigation on the Smart Watch 2 was noticeably more intuitive than the Galaxy Gear and Pebble Watch as we do not need to remember any swipe/tap gestures (in the case of the Galaxy Gear) or rely on different side buttons (in the case of the Pebble Watch) to navigate the interface. As mentioned earlier in this article, any Android user will feel right at home using the Smart Watch 2 due to the close resemblance to the Android platform.

It is hard not to notice the slight sluggishness when swiping between screens and opening of apps on the watch. However, notifications that popped up on the Smart Watch 2 were easy to read. For example, you can read short emails using the Gmail app without turning to your phone. However, longer emails are better read on the smartphone as it will require more scrolling and tapping to expand the email thread.

Sony claims that the Smart Watch 2 can last an average of three to four days under normal usage conditions. In reality, we were able to get about two to three days of moderate usage. In comparison, the Galaxy Gear could only last a day of usage while the Pebble Watch generally last more than four days. Do take note that the Pebble Watch has a smaller 1.26-inch display (144 x 168 pixels) and uses e-paper technology which consumes less power.

Another point to note is that the Smart Watch 2 relies on Bluetooth 3.0 for communication and hence will drain the battery of your paired smartphone faster. The Galaxy Gear and Pebble Watch use the power efficient Bluetooth 4.0 technology.

Retailing at S$288 (silicone strap) and S$338 (metallic strap), the Smart Watch 2 is considered a little expensive compared to the US$150 (S$190 based on currency rates at time of publication) Pebble Watch. The Galaxy Gear is too expensive at S$488.

If you do not need a color display, the Pebble Watch offers more bang for the buck as it has the strongest app ecosystem at the moment and boasts almost similar features such as water resistance (5 ATM). Its battery mileage is also longer than the competition and it is more convenient to charge. The Pebble Watch can also be paired with an iPhone while the Smart Watch 2 is restricted to Android devices. However, if looks and design are important to you, the Smart Watch 2 will be the better choice as it has a premium feel with its aluminium body.

Despite having more experience, Sony has yet to nail its competitors with the Smart Watch 2. While Sony is making some progress, time is not on its side. Google is reportedly developing a smart watch and it has acquired smart watch maker WIMM Labs. Apple is also alleged to have assembled a team of 100 to work on the iWatch for release later this year. Samsung is set to release the Galaxy Gear 2 in the next few months and Intel has a smart watch in the pipeline. 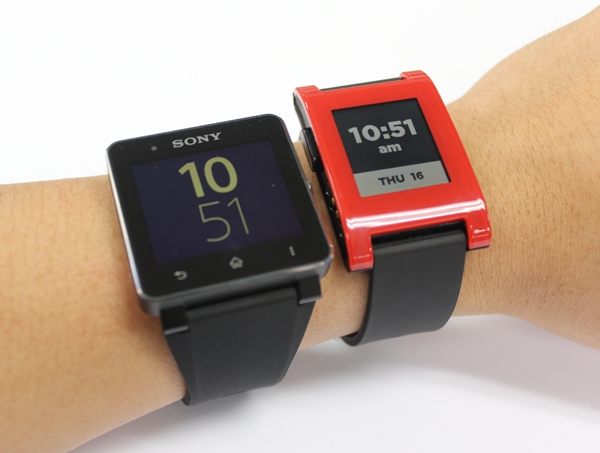 Write a Review
Compare This | Specifications
Premium design
Micro-USB charging
User friendly
Display could be better
Slight sluggish performance
Our articles may contain affiliate links. If you buy through these links, we may earn a small commission.
Sponsored Links