Sony's RX100 was easily the best compact camera of 2012, and also the most expensive at an eye-watering S$999. 2013's sequel, the RX100 II, continues the tradition with impressive specs and the same eye-watering S$999. If you don't believe anyone should pay a dollar short of a thousand for a digital compact camera, you can stop reading now. If you're wondering if it's worth paying that much for and why, read on.

What made the RX100, and consequently the RX100 II, awesome? In the digital camera world, size does matter. Generally speaking, larger sensors make better pictures. Sony is a wizard at miniaturizing electronics, and they've managed to fit a large 1-inch image sensor into a small compact camera chassis with the two cameras. It's the biggest sensor ever squeezed into a compact camera, save for the chunky Canon PowerShot G1 X, which you could hardly call compact.

While the 20.2 megapixel count is identical, the RX100 II has a new back-illuminated sensor (BSI). Instead of having wiring on the front of the sensor, it reverses the sensor and has the back of the sensor facing the lens. This increases the sensor's ability to capture light, improving low-light performance.

Besides the new sensor, the RX100 II also introduces built-in Wi-Fi with NFC, a new multi-interface shoe and multi-terminal for accessories, a 3-inch tilting LCD with Sony's TriLuminos color display technology (similar to that used on their TVs), and Full-HD 24/25p movie shooting.

Except for the 3-inch tilting LCD and the new shoe/terminal, nothing has changed with the RX100 II's design. Even with the new tilting LCD, the camera is mostly the same size and heft, having increased in width by a mere 2.4mm and 41g in weight. It's worth repeating again how compact the entire package is, considering there's a large 1-inch sensor inside. Both the flagship Panasonic LX7 and Samsung EX2F cameras are slightly bigger than the RX100 II, but pack smaller 1/1.7-inch sensors. 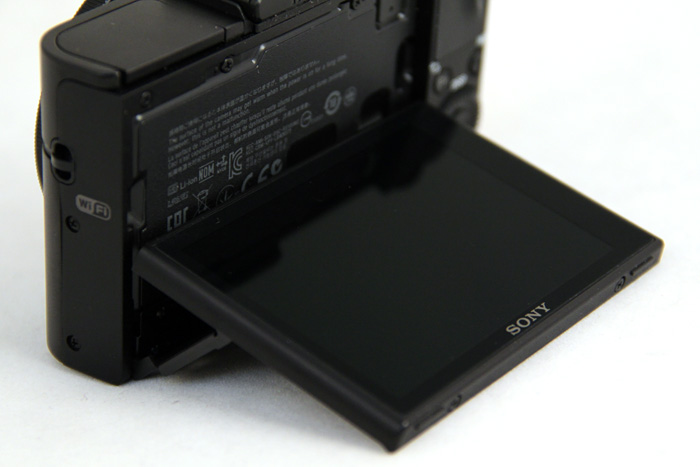 The RX100 II is designed for the experienced user, with both physical and digital controls within easy reach, offering a good range of customization. The control ring around the lens works like the control dial found on DSLR cameras, complementing the rear scroll wheel on the d-pad. The control ring's functions can be customized, so can the center, left and right buttons on the d-pad. 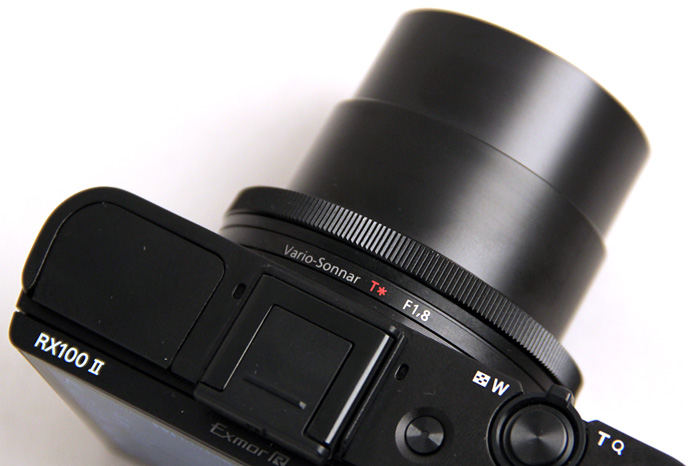 The clever Function button makes its return; it's found on the back on the top left of the d-pad. It can be customized to call up a number of commands like ISO, white balance and multi-focus area. This last one was important for us, as the RX100 II's AF could be inaccurate at times, with this command we could easily switch between Multi-area Focus and Flexible Spot for specific targeting. We could also switch to manual focus; because amazingly, this little camera comes with focus peaking. Battery life has slightly improved from 330 shots to 350 shots. 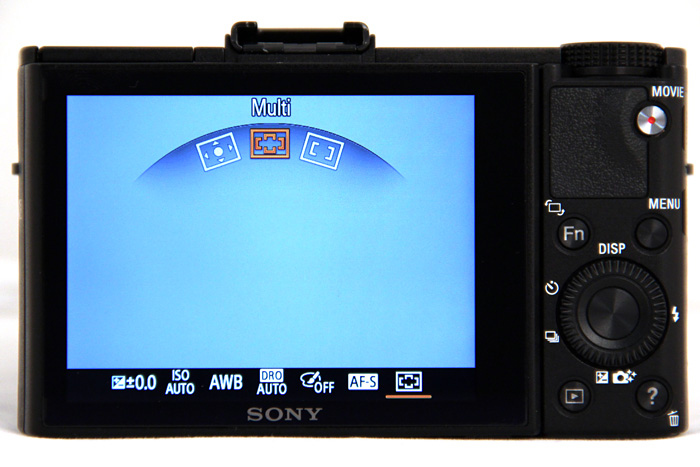 Another new feature is Wi-Fi with NFC, you can connect the RX100 II to an iOS or Android device using the Sony PlayMemories app. The camera makes a distinction between copying of photos and shooting remotely with a smart device, you have to choose either one option and re-enter the connection if you want to use the other. Copying photos over works well, but the options with remote shooting are basic. You can only zoom in and out, you can't define AF points or even make manual adjustments, even if the camera is set on PASM modes.

The RX100 II's flat front makes for a slim profile, while a metallic finish adds an impressive sheen to the product. But it's straight and slippery surface makes for a dicey grip, making us think the camera could do with a front rubber grip like on the Panasonic LX7. The 1.2 million dots screen has gorgeous resolution, but it can dim too much sometimes while set to automatic brightness. 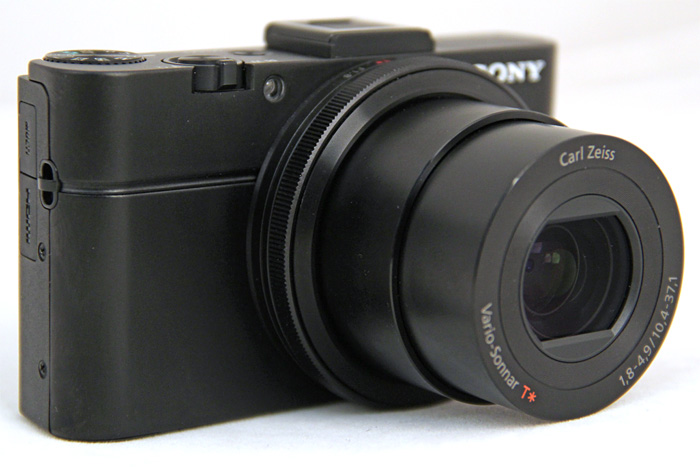 The Display screen shows either way too much info, or way too little, with no ability to customize. For some odd reason, Auto ISO can't be turned off while in Manual mode. We can't imagine this is a feature and hope it's simply a bug. Like the RX100, the RX100 II only comes bundled with a cable for in-camera battery charging. For S$119 more you can buy a dedicated wall battery charger - really? And to really nitpick, why doesn't the battery indicator show battery percentage, like the NEX cameras brilliantly do? 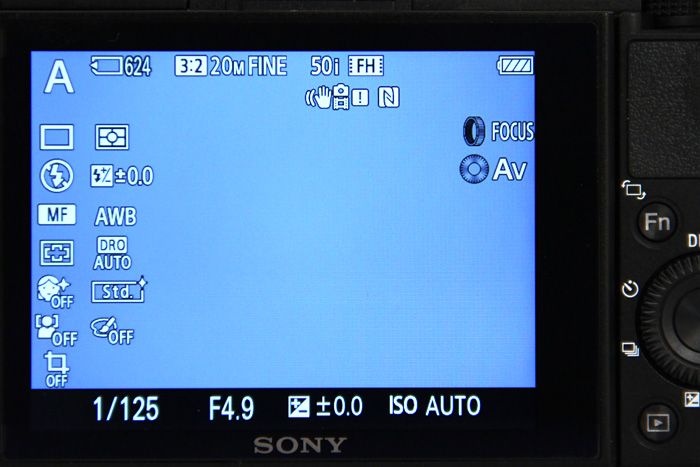 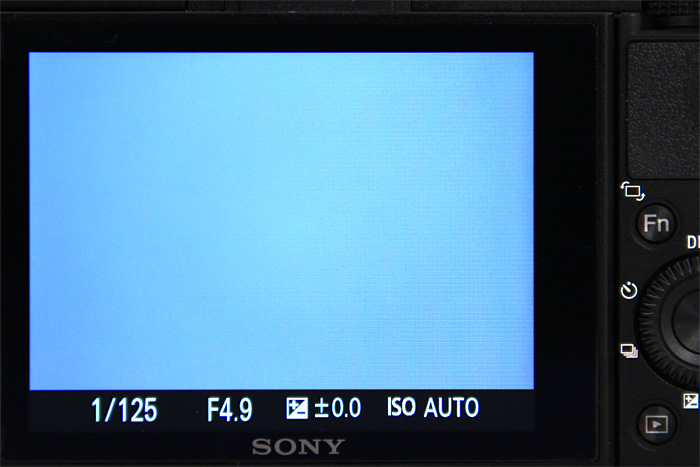 But these are relatively small negatives when weighed against the big positives of the camera. The RX100 II packs a lot of power and functionality into a compact body, and Sony deserves top marks for it.