Sony RX10 III review - All-in-one bridge camera, and then some 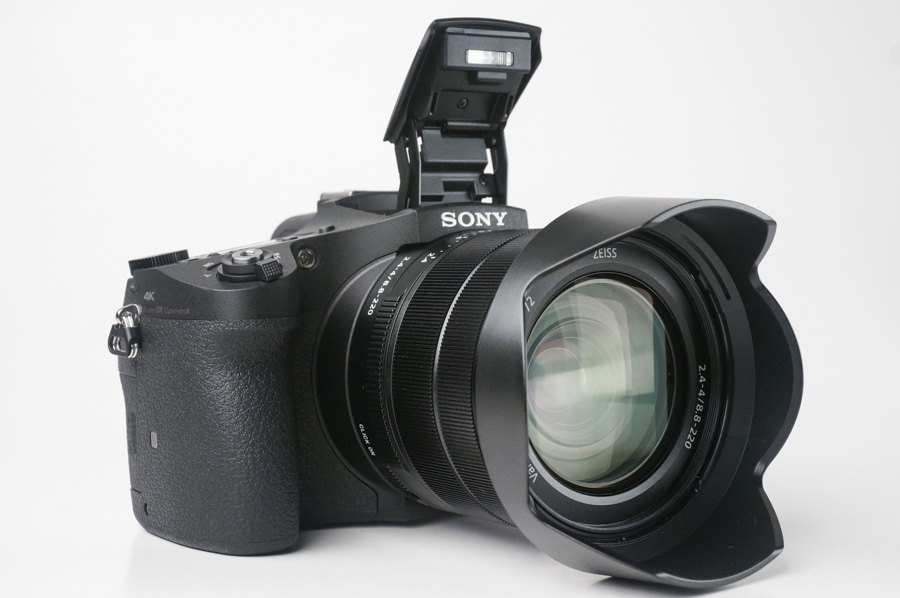 Size and weight aside, the biggest change with the RX10 III is of course, the headlining zoom capabilities. The RX10 III now boasts a equivalent zoom range of 24-600mm, more than twice the previous range. It also comes with eight ED glass elements (including one super ED element and two aspherical ED lenses), allowing for superior contrast and sharpness throughout the zoom range. 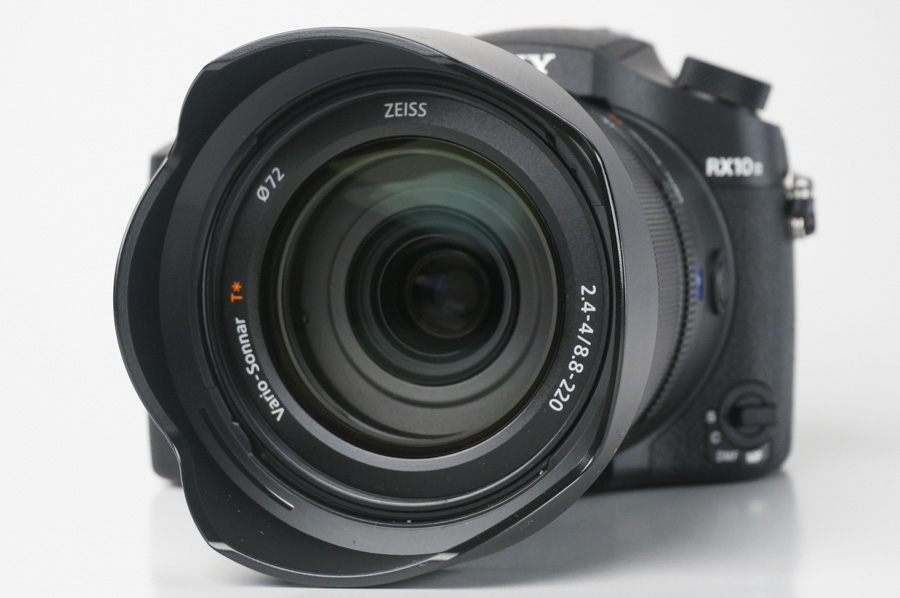 Considering the long focal length, the RX10 III's lens still maintains a bright f/2.4-4.0 maximum aperture range, which should help you isolate your subjects sufficiently regardless of the amount of zoom applied, as well as increase the chance of usable shots in low light situations.

Like the RX 10 II and the RX 100 IV before it, the RX 10 III uses a stacked 1.0-inch BSI CMOS sensor (with an effective resolution of 20.1MP) with DRAM chip and Sony’s BIONZ X image processing engine. The combination allows for a standard ISO range of 100-12,800 (expandable down to ISO 64), and the ability to support super slow-motion recording at up to 1,000fps in High Frame Rate (HFR) mode. 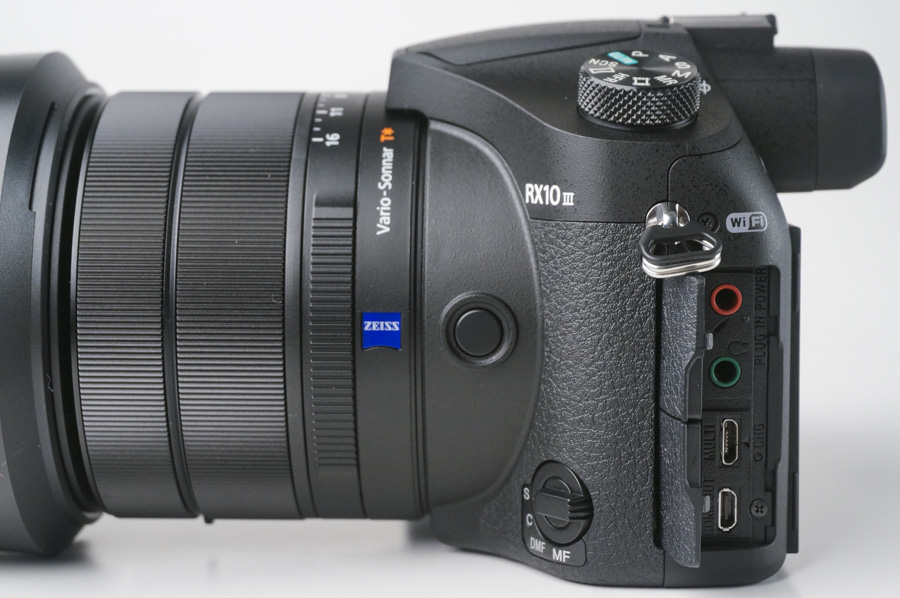 The camera also retains the ability to do in-camera 4K (3,840 x 2,160) recording without pixel binning, and you will get the same set of movie functions like Picture Profile, S-Gamut/S-Log2, Gamma Display Assist, enhanced Zebra function, clean HDMI output, TC/UB, REC Control, Dual REC, and Marker functions. Evidently, the RX10 III is set up to be a very capable performer for both stills and video. 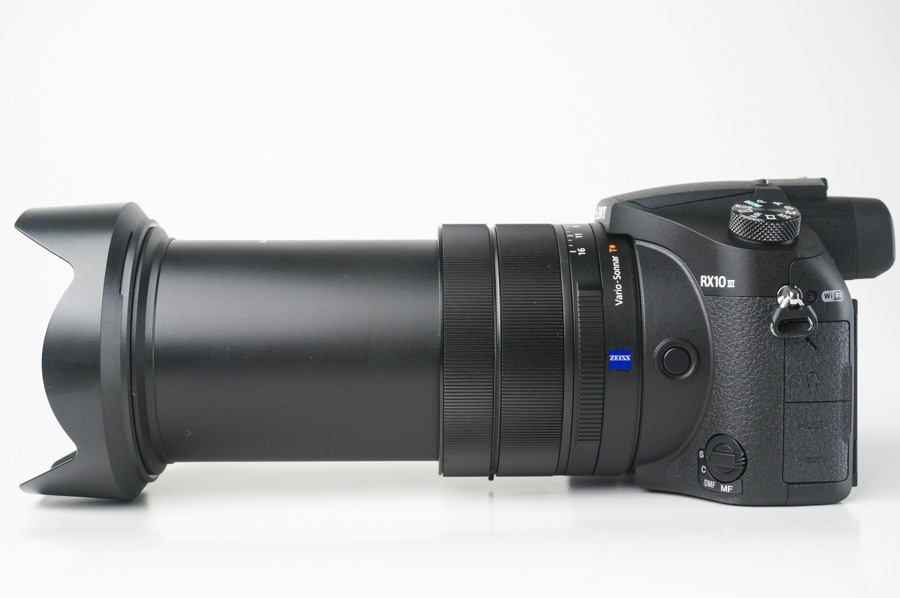 As we mentioned earlier, the RX10 III is certainly a sizeable camera for something that doesn’t support interchangeable lenses. In this case though, the size is actually quite welcome as the lens really zooms out quite a bit when at the maximum focal length of 600mm. Having more of a body to grip really does help in this case, and you’ll really need to be able to keep the camera as stable as possible when taking pictures at longer focal lengths.

Thankfully though, we found that the camera is evenly weighted, making it decently easy to get images without too much handshake. Being able to retract the lens into the body itself also helps to keep the camera fairly small overall, thus making it easy to carry out. You certainly won’t find many all-on-one cameras with a 600mm lens that are smaller than the RX10 III. 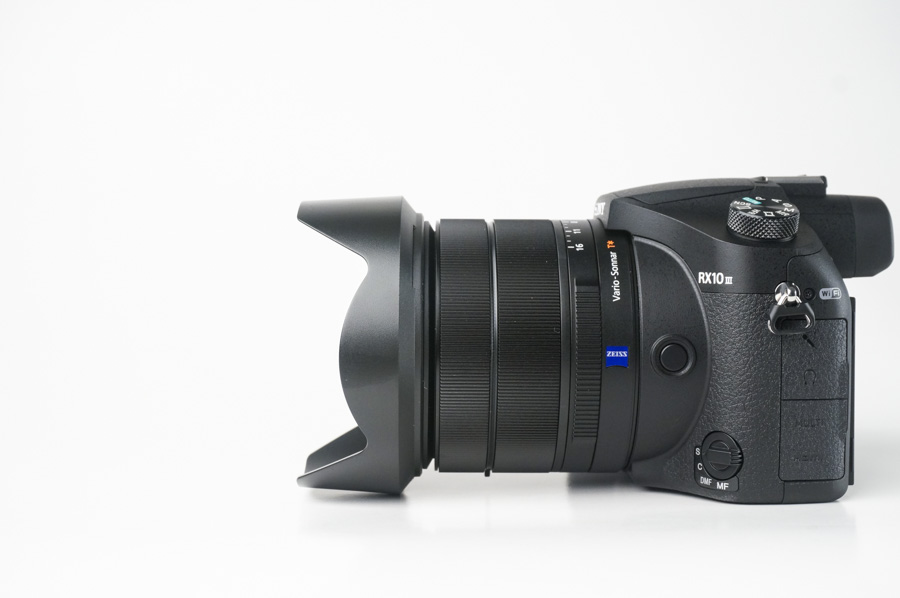 Also new on the RX10 III are triple rings on the lens that allow you to adjust focus, zoom and aperture. That’s certainly better than using a single dial to adjust both aperture and shutter, but we do think that the focus-by-wire system could respond better. As it is, there seems to be a bit of lag between turning the ring and seeing the focus adjust. It also seems like the camera shifts between a zoomed-in display and focus peaking intermittently, without settling into one or the other, making it a little difficult to see the exact plane of focus. What's worth nothing is that Sony has also provided a standard zoom lever under the shutter button, allowing you to use powered zooming while doing video. 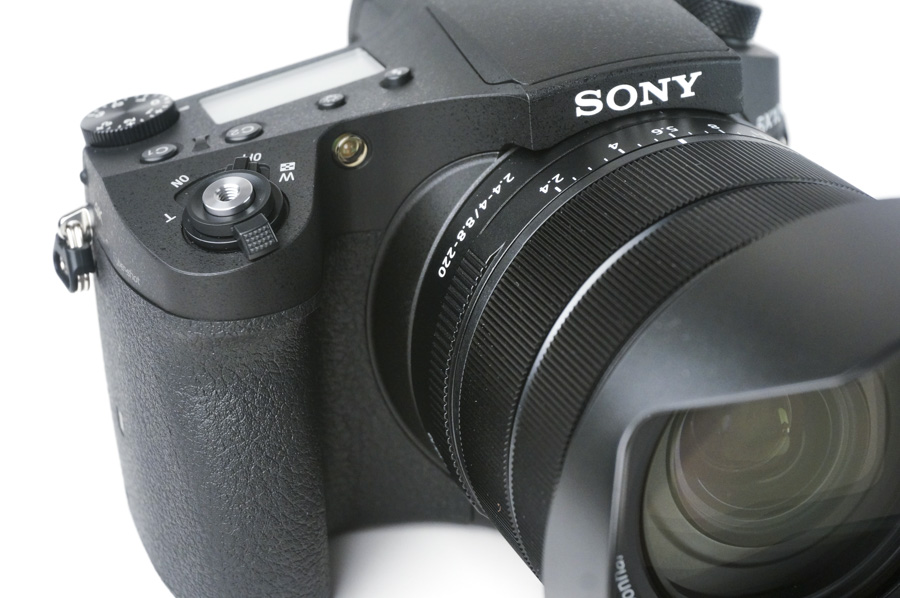 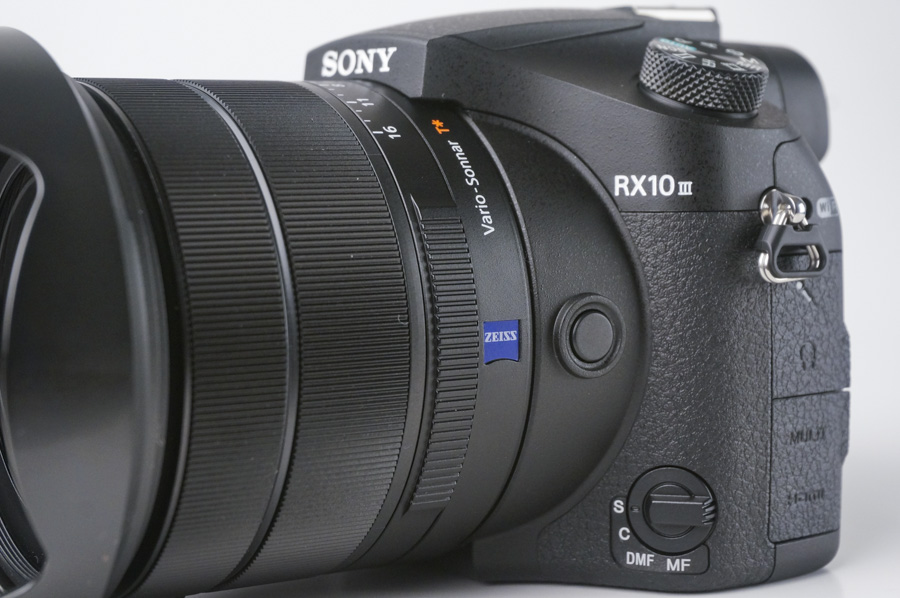 Meanwhile, the handgrip has been redesigned to give you a better grip, and there’s now a new Focus Hold button on the lens barrel to lock the focus distance. You’ll also find two more custom function buttons on top of the body, and one behind, so you can get your most commonly used functions at a single touch.

The rear LCD will flip up and down, but not to the side, and there’s no support for touch, which is certainly surprising for a product released in 2016, and slightly limits the usability of the panel. However, with a superzoom lens like this, you’ll probably want the camera to your face for maximum stability most of the time. The RX10 III is also equipped with a 2.36 miilion-dot, XGA OLED electronic viewfinder.