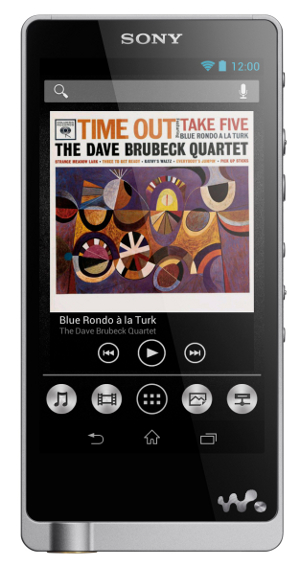 With the ubiquitous smartphone combining the functions of a phone, camera, and media player, many have chosen to retire their iPods and MP3 players since it’s more convenient to carry a single device around. But not everyone values convenience over quality, so what happens if you’re an audiophile who wants to listen to high-resolution music on the go? While some phones are capable of playing back high-res audio files, audio quality is still dependent on the phone’s hardware and software, so it might be a better idea to invest in a dedicated music player if audio quality is very important to you.

Enter the NWZ-ZX1, Sony’s latest media player which is capable of playing high resolution 24-bit/192kHz audio files. But before we take a closer look at the ZX1’s capabilities, let’s see why you would choose to listen to high-resolution audio.

In this case, sampling frequency refers to the number of times the audio is sampled per second. For digital audio, a sampling rate of 44.1kHz (or 44,100Hz) is common because this is also the sampling rate used in CDs. In theory, you record more information when you increase the number of times the audio is measured. On the other hand, the bits part refers to the word length (i.e., the number of bits of information in each sample), and increasing bit depth effectively increases the amount of resolution/dynamic range of each sample. The good old audio CD has sampling frequency and bit depth of 16-bit and 44.1kHz respectively, so anything higher than that can be considered high-resolution audio.

The Sony NWZ-ZX1 that we've here is one recent digital media player capable of hi-res audio playback, in addition to standard CD-ripped tracks. Packed with 128GB of storage, it runs Android, supports Bluetooth 3.0 and Wi-Fi 802.11a/b/g/n, and supports a host of file formats (see image below). 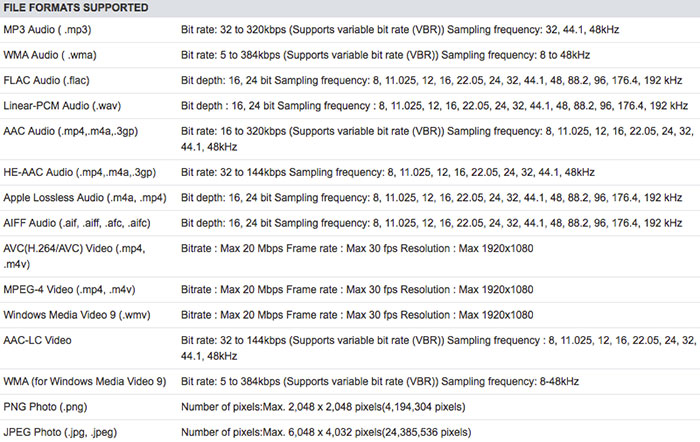 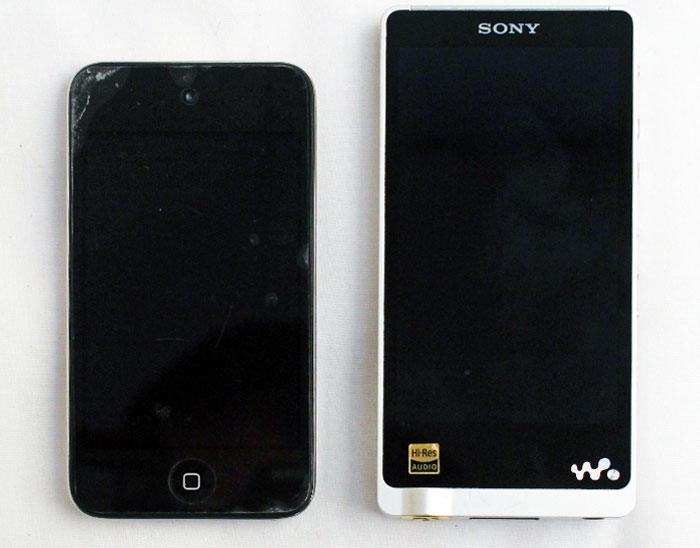 Similar to most Sony products, the ZX1 has a very high-quality build. Its slim but sturdy aluminum chassis has a rubber back that’s fashioned to resemble leather. The player's bottom is slightly bulkier than the rest of its body as it houses an amplifier, with a 3.5mm jack that protrudes out slightly from the body. While all these make it sounds like the ZX1 isn’t a very slim device throughout (which is true), we actually like the bulkier bottom as it makes for a better hold on the player.

In an age where smartphone and tablet manufacturers are trying to minimize the number of physical control buttons on a device, the ZX1 bucks the trend. The ZX1’s right side sports a physical power, playback, rewind, fast forward, and volume buttons, so it's easy to skip control the player without having to turn on the 4-inch color display unnecessarily. 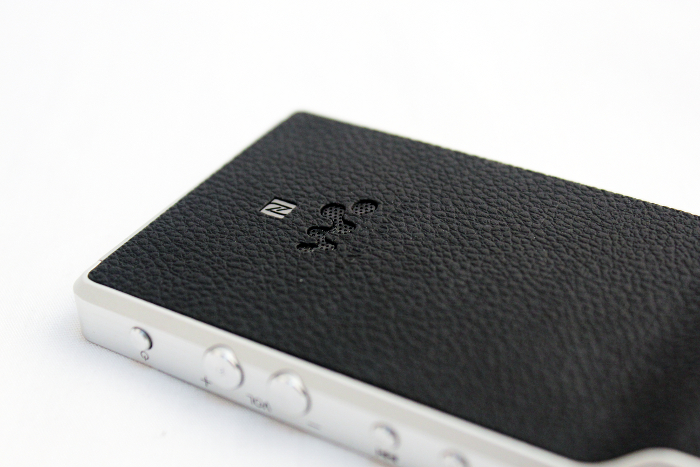 The ZX1 runs Android 4.1.1 under the hood and comes with custom software to play your high-resolution audio files. The player also comes with built-in wireless, Bluetooth, and NFC so it’s no slouch in terms of connectivity. And while it’s being marketed as a high-end media player, since it runs Android, you get access to the Google Play store and all the apps within. If you’re planning on using a third-party music playback app, do take note that it may not be capable of high-resolution audio playback.

The ZX1 has a storage capacity of 128GB, and if you were to run out of space, then you’re out of luck as the ZX1 does not feature any microSD card slot. This does feel like an oversight, considering the ZX1’s premium price tag, and the fact that file sizes of high-res tracks can get very big. That said, for the average music lover, 128GB should be sufficient, especially if you listen to MP3s mostly. 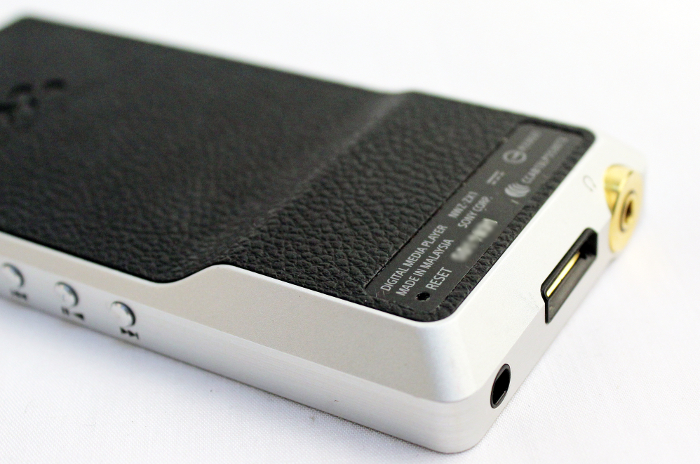 The player's 4-inch color display has a 854 x 480-pixel resolution, which are both smaller and less detailed than most top-end smartphone displays today. We aren't complaining though, as the ZX1’s main focus is music, and we find the display more than good enough for navigating the menus and playlists, and the occasional video watching.

Transferring files is as easy as drag and drop, which means you won’t have to deal with pesky proprietary software just to transfer music to the player. 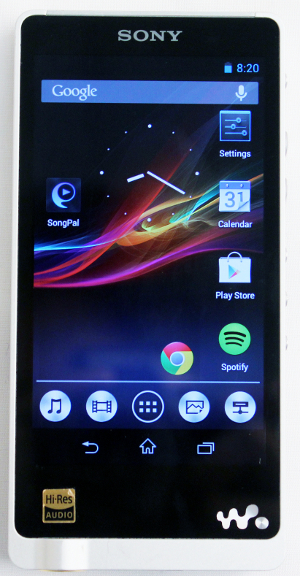 Sound quality is good with the ZX1, revealing plenty of details in the FLAC files we listened to. A comparison using 320kbps MP3 files was also done between the ZX1 and a 4th generation Apple iPod Touch. The iPod sounded muddier, with much less clarity compared to the ZX1.

That said, music on the ZX1 also did sound a bit cold and bright, though turning on the ClearAudio+ function revealed its true prowess. The result was a more powerful bass, but clarity in the highs and mids weren't sacrificed. ClearAudio+ mode also changed the sound signature, with tracks sounding warmer as a result. 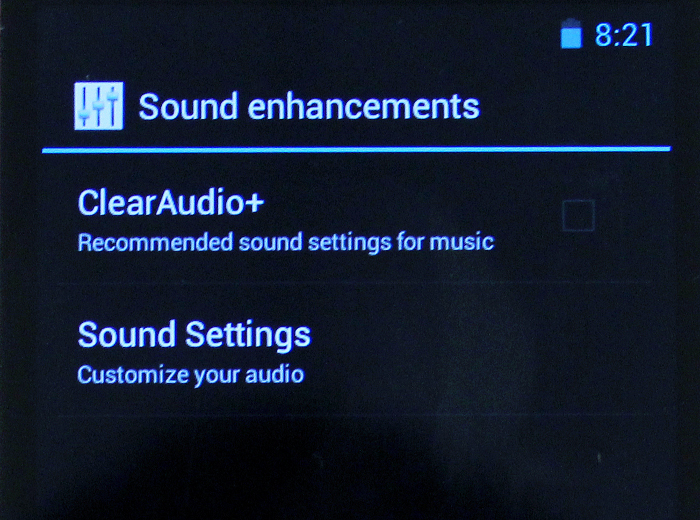 Aimed at audiophiles, the NWZ-ZX1 might not have impressed us at the beginning, but once the ClearAudio+ mode was turned on, the player really shined. The bass was good without overpowering the mids and highs, and it goes without saying that the ZX1 is a better audio player than any iPods and most smartphones if you were to pair it with high-res audio tracks. Build quality is good too and the support for Android is welcomed, but the lack of a memory slot is disappointing.