This article first appeared in the HWM Aug 2011.

Level and Natural Soundstage for the Audio Purist. 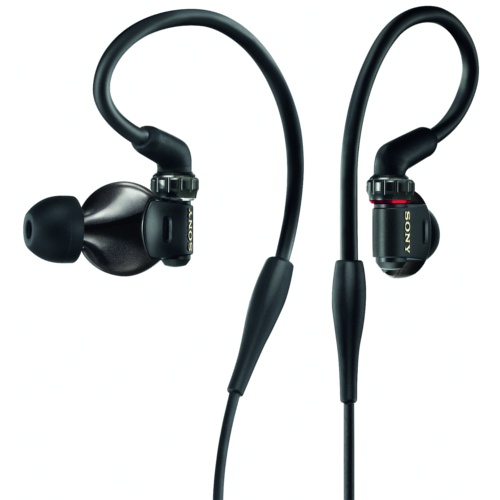 The MDR-EX1000 in-ear monitors was first unveiled by Sony in Japan last year; and after an eight-month hiatus, audiophiles here can finally lay their hands on it. The EX1000, as opposed to dual-armature designs, comes armed with a neodymium 16mm driver reinforced with a magnesium-based housing. Tagged at S$799, can Sony’s flagship in-ear monitors justify its steep shelf price?

The EX1000 sports a relatively large driver unit which looks heavier than it seems. Observably, Sony’s monitors also features a unique detachable cable system which enables you to remove or replace the cords by loosening the screw collars. There are two bundled cables - a standard 1.2m or a shorter 0.6m cord, both terminating in a 3.5mm stereo jack. The wires are resistive of bend marks; their lack of microphonic (or “cable thump”) tendencies is another winning point.

Since the EX1000 is essentially an over-ear design, bendable “hanger” cables are used to drape over the ear-lobes. It took us a few moments to align them, but a comfortable fit was our verdict when tried. In addition, the luxurious monitors also come with seven color-coded silicone buds of varying sizes, plus three pairs of noise-attenuating ear buds padded with urethane cushions keep out ambient noise. The ML-sized rubbers worked best for us.

Unlike standard PET diaphragms, part of the EX1000’s heavy cost can be credited to Sony’s implementation of the newly developed LCP (Liquid Crystal Polymer) diaphragm. Couple that with a magnesium-flavored housing as mentioned earlier and what you get is a supposedly cleaner, more stable, and distortion-free sound field.

Case in point: whatever marketing fluff Sony tried to sell us isn’t too far from the truth. From the moment we hit play, down to the last vestiges of our test tracks, the EX1000 did not disappoint. Acoustically, its bass, vocals and treble levels were confidently reproduced without overwhelming one another. For instance, every hi-hat “chick”, bass drum kick, and even Tori Amos’ solicitous twang of the harpsichord were immaculately delivered on “Caught A Lite Sneeze”, and with sufficient warmth to boot. Bass lines were full and tight, while mid and high ranges rang out naturally with a lush resonance.

We’ve experienced notable canal-phones from makers like Klipsch and Beyerdynamic before, but Sony’s EX1000 controlled and yet resounding performance is one tough cookie to beat. If you wouldn’t mind forking out more for quality sound with a sweet fit, well, now you’ll know where to look. 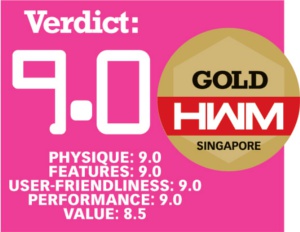