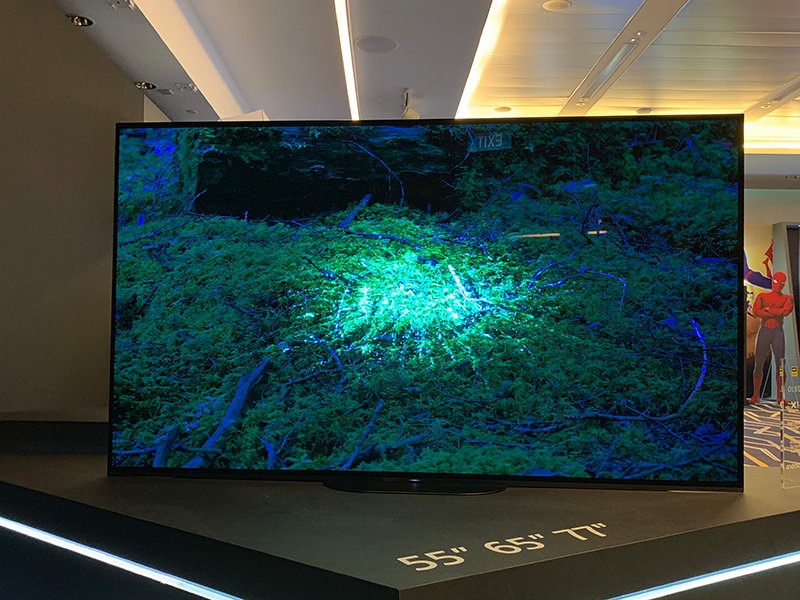 Conclusion: A very good OLED TV (with a few caveats)

I’m starting to sound like a broken record here, but I still have to say it for the benefit of readers who aren’t familiar with OLED: because the Sony A9G is a top-end OLED TV, unless you got a lemon, you can expect traditional OLED hallmarks from this TV, including perfects blacks, infinite contrast, excellent viewing angles, and near-instant response times.

To differentiate itself from other OLED TVs, Sony has to add its own homemade ingredients; and the most prominent one is the Acoustic Surface Audio+ system. You know this idea is a great one when other TV manufacturers such as Samsung and LG try to create the same sound-from-screen effect for their newest TVs.

While I don’t have any problems with Acoustic Surface Audio+, I’m a bit disappointed that Sony has dropped the A9F’s kickstand design and gone for a more traditional table-top stand. I know some users don’t like the tilt of the A9F’s stand, but to me, that opinionated design element is what makes the TV a Sony TV. The fact that a soundbar will block the picture is another bummer.

If you’re a gamer, the A9G makes for a good, but not excellent, gaming display. While the panel’s response time is excellent, the TV’s input lag is about average for today’s standards. The lack of any form of VRR support is also glaring.

In terms of futureproof-ability, the A9G doesn’t come with any HDMI 2.1 ports, though all its HDMI ports are full HDMI 2.0 18Gbps capable. The addition of eARC is another plus.

For Apple device users, the A9G will support AirPlay 2, but its Apple TV app continues to be in the 'coming' state.

Finally, let’s talk about price. The A9G starts at S$8K for the 55-inch model, and goes up to S$12K for the 65-incher. While the ‘Sony premium’ these days isn't as high as yesteryears', it’s still substantial in this case when you consider that the price for the 65-inch LG E9 is only S$7K. And its value proposition drops further when you compare it to the LG C9.