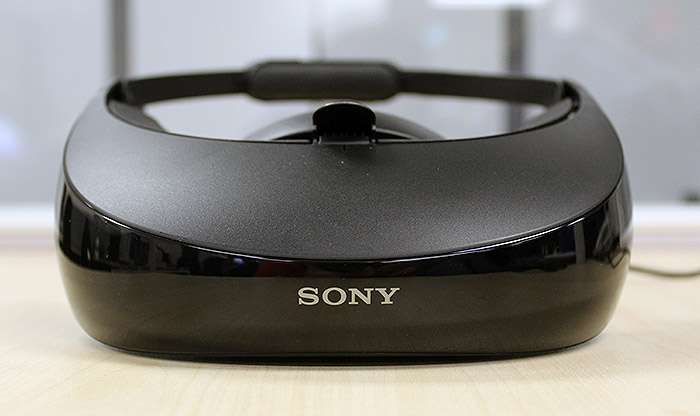 Space is perhaps the biggest constraint for home cinema enthusiasts here in Singapore. It doesn’t help that the average HDB flat has shrunk considerably in size as the government attempts to balance citizens’ need for living space and Singapore’s limited land resources. This is pretty much the same fate in several other high density cities like in Tokyo and Hong Kong.

To get by, enthusiasts have adapted their needs and tools to make the most of what they have. As a result, we have seen an increase in popularity of high-end stereo bookshelf speakers and also more home owners turning to projectors to achieve that big screen effect that is so desired by movie buffs.

Another gadget to keep in mind is a head-mounted display, which can be thought of as personal movie goggles. These gadgets are capable of recreating the sensation of watching on a big display without occupying any space - perfect if you were to live in a 'shoe-box' apartment. An example is the portable Epson Moverio BT-100 mobile viewer.

Sony has been dabbling in head-mounted displays for some time and the latest from the Japanese electronics giant is the HMZ-T3 personal 3D viewer, which Sony claims is able to create a virtual screen 750-inches large at a 20-meter distance to mimic a cinema hall movie experience. 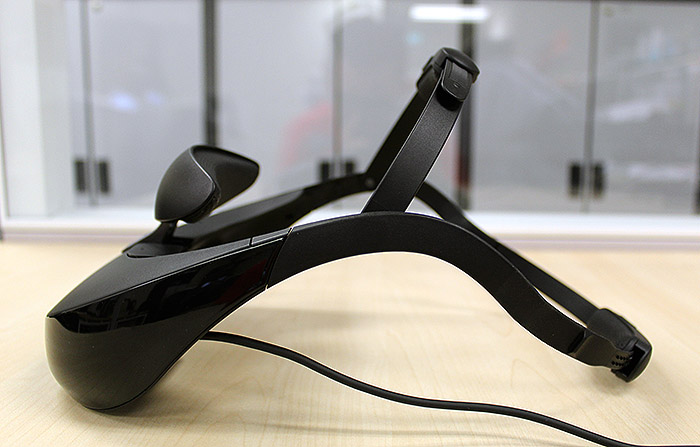 As we have mentioned, head-mounted displays are not new, but they have not really taken off for a couple of reasons, and one of them is comfort. The crucial factors to take note of are the display’s design and weight. With that in mind, the HMZ-T3 is off to a shaky start as we noted that it tipped the scales at around 325g. While that may not sound like a lot, note that regular prescription glasses with plastic frames are a fraction of the weight at around 30g to 40g, whereas 3D glasses can be even lighter.

To make up for the heft, Sony has designed its HMZ-T3 to include two headbands and a forehead supporter to ensure maximum comfort. It is a cumbersome design and the trick to a good fit according to Sony is not to rest it on your nose. Instead, users are suppose to rest the unit on their heads with the forehead support and two headbands. Thankfully, the bands are well padded, but there is no escaping the HMZ-T3’s significant heft, and it was not long before we felt some strain on our necks. That said, the HMZ-T3 does look pretty stylish and futuristic.

After unboxing the HMZ-T3, we are greeted with an array of cables, adapters and two black boxes whose purposes are not immediately clear. While it may look complicated, setup was actually quite easy and straightforward, thanks mostly to the quick start guide which provided clear instructions.

The HMZ-T3 comes with a processor and battery unit. Strictly speaking, the processor unit is superfluous since you can connect the HDMI output from your source device directly into the battery unit and to the HMZ-T3 viewer. However, if you happen to have a source player that cannot decode certain audio codecs natively, you can hook them up to the processor unit as it supports all the major audio multi-channel audio codecs including Dolby TrueHD, Dolby Digital, DTS-HD and DTS-ES.

Apart from that, the processor unit also acts as a hub for all your sources since it has three HDMI input ports. Pass-through function is enabled via a HDMI output port located at its rear so that you can connect it to a regular TV. Another HDMI output port located at the front of the unit links it to the battery unit for the head-mounted display.

One thing to note is that although HDMI is almost ubiquitous these days, pairing it with certain devices can be problematic, such as early models of the Xbox 360 console and especially users of Apple’s MacBook Pros as most do not offer HDMI connectivity. 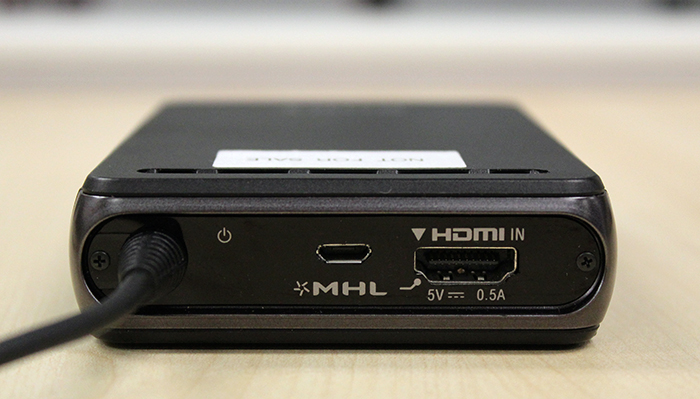 The battery unit itself has a HDMI and MHL (Mobile High-definition Link) port. The MHL port lets you connect it with Android tablets and smartphones that support this interface, and most flagship Android smartphones do, such as the Samsung Galaxy S4, HTC One and Sony Xperia Z1.

The battery unit itself has a built-in battery that is good for around seven hours of use and the time taken to achieve a full charge was around five hours. Of course, you can use the device while its charging, but that would limit mobility especially if you were using your smartphone or tablet as a source. 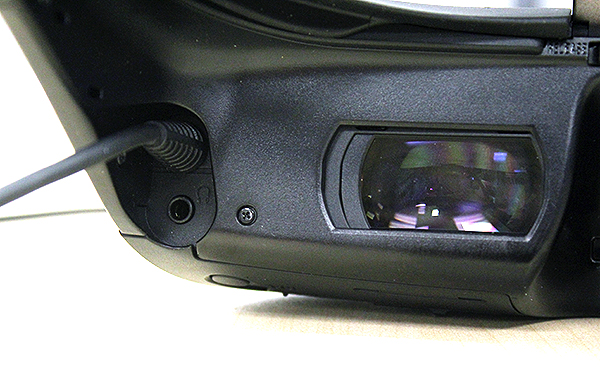 As for audio, there is a standard 3.5mm audio jack located to the side of the left lens. The placement of the jack is not the most ideal as you would have to deal with a lot of cable slack after plugging in the headphones of your choice. The alternative is to place the audio jack on the battery unit itself, but that only slightly alleviates the problem of cable slack and there is still a lot of wire clutter to deal with. You could choose to use the processor box and it's audio output jack, but yet again you can't run from the cable mess.

Write a Review
Compare This | Specifications
Pretty good image quality
3D-ready
Long battery life
Poor comfort due to weight
Image sharpness falls away at edges
May cause giddiness
Lots of wires
Very pricey for what it delivers
Our articles may contain affiliate links. If you buy through these links, we may earn a small commission.
Sponsored Links