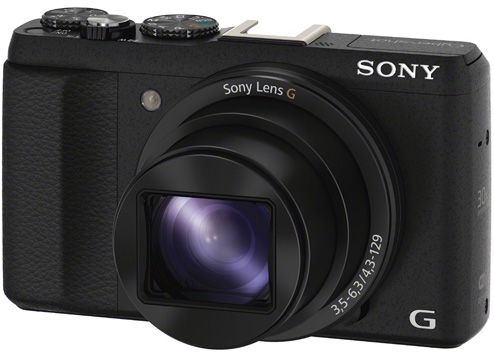 With prosumer/ premium digital compact cameras getting all the attention, there’s actually another compact camera category that’s still doing well despite the onslaught from ever-improving smartphones - the superzoom compact.

If you want a digital compact that lets you shoot both far and wide, the Sony Cyber-shot HX60V might be the camera for you. But with minimal changes compared to last year’s Cyber-shot HX50V, can the Cyber-shot HX60V be able to hold its own against the competition, especially Panasonic’s impressive Lumix DMC-TZ60? In fact, apart from NFC and a new Function button, the only major change is the inclusion of a new Sony Bionz X imaging processor. For those who've not been initiated with this series of cameras, we'll run you through what the the Cyber-shot HX60V offers in full before assessing its shooting performance.

The Cyber-shot HX60V looks exactly like its predecessor, with the same generous handgrip on the front and a small thumb rest on the rear. While the hand grip does help with handling the camera, the thumb rest on the rear is too small and smooth to be of much help. It’s still a reasonably compact camera considering the fact that it’s 38.3mm thick and is capable of 30x optical zoom, with a focal length of 24mm to 720mm (35mm equivalent). However, Panasonic and Canon have also stepped up their game with Lumix TZ60, which is 34mm think, and the PowerShot SX700 HS, which is 35mm thick - both cameras also boast 30x optical zoom. 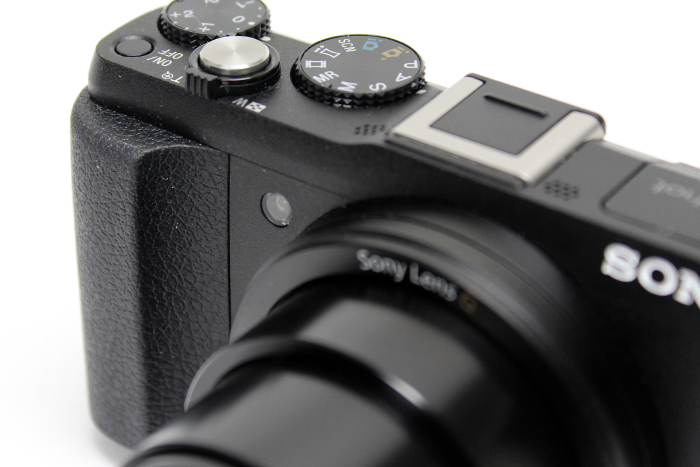 The same 3-inch, 921,600-dot LCD dominates the rear of the camera, and it’s pretty sharp. Unfortunately visibility suffers in sunlight, so we often had to bump up the screen brightness to the maximum when shooting outdoors in the day. The display on the Cyber-shot HX60V isn’t a touchscreen, though Panasonic has also dropped the touchscreen found on the Lumix TZ40 in favor of an electronic viewfinder on its latest model, the TZ60. 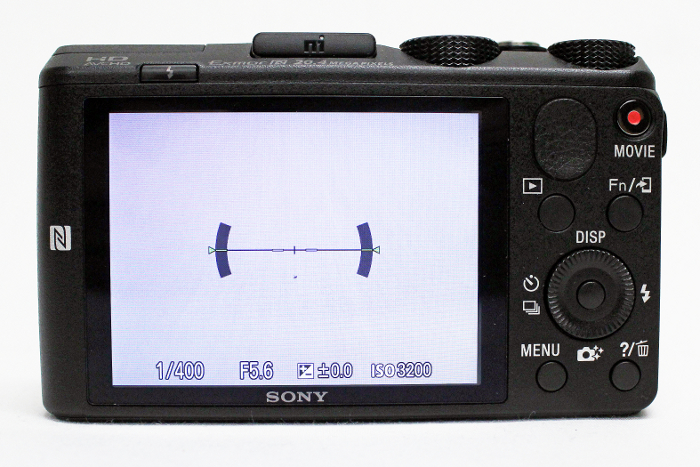 Next to the display is the NFC logo, which indicates that you can tap an NFC-enabled smartphone or tablet in that area to connect it with the camera. As with all current digital compacts, the Cyber-shot HX60V also comes with built-in Wi-Fi as well, so don’t worry if your smartphone does not have NFC functionality. 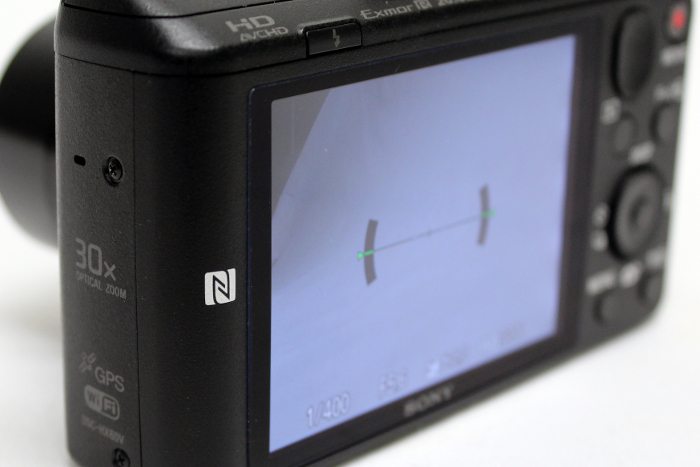 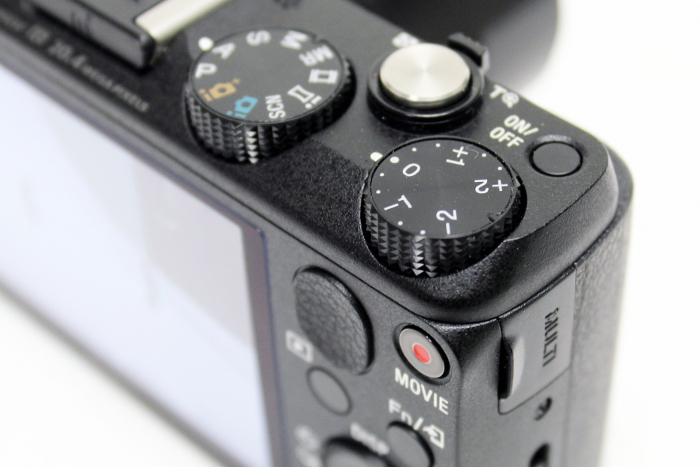 The Cyber-shot HX60V also comes with a hot shoe, so you can mount accessories like external flashes or electronic viewfinders. 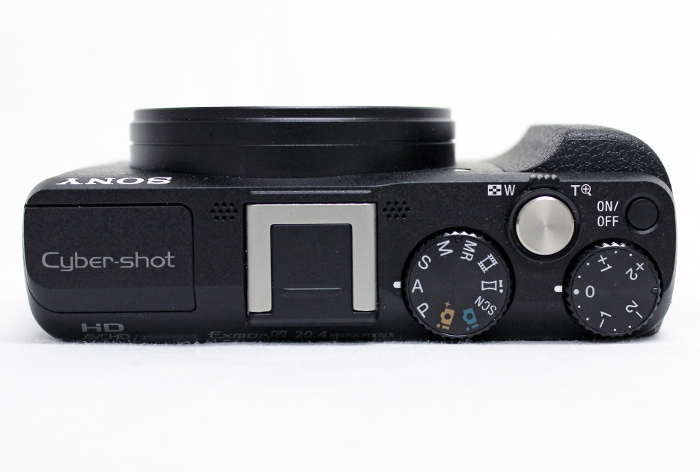 Besides the mode dial and hot shoe, there’s also the zoom lever. Zooming in and out with the Cyber-shot HX60V is a smooth affair, which is an important quality to consider in a superzoom compact. The controls on the rear are all pretty standard for a digital compact, though Sony has added a new Function button, which we will touch on later. One thing we noticed though, was that the control ring/ D-pad was not only small, but also too sensitive, which is a drawback when you need to rely on it heavily to set aperture or shutter speed in the manual shooting modes. 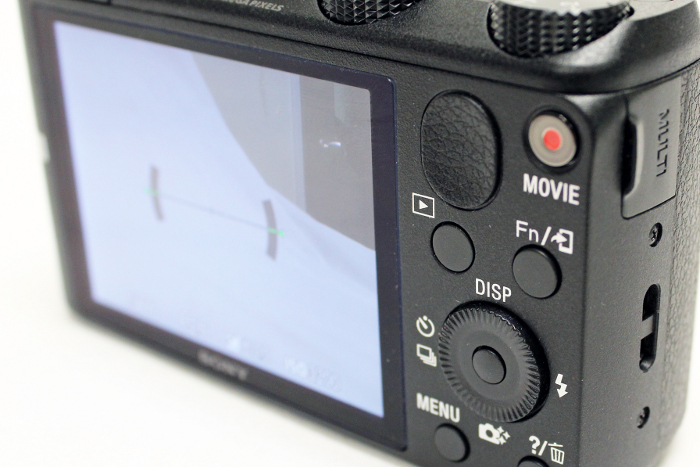 Write a Review
Compare This | Specifications
Good image stabilization
Long range
Dedicated exposure compensation dial
Hot shoe for mounting accessories
Rated battery life
Not much different from HX50V
Thumb rest inadequate
A bit on the chunky side
Rear display is not touch sensitive
Image quality not as good as some competitors
Can't shoot in RAW
Our articles may contain affiliate links. If you buy through these links, we may earn a small commission.
Sponsored Links