Sony has marked its entry into the 3D home entertainment market with the flagship BRAVIA LX900, a Full 3D LED TV introduced almost half a year ago. Shortly thereafter, two additional 3D Edge-lit models surfaced in the form of the NX810 and NX710 series, tagged under Sony's premium class. While this business maneuver is perfectly legitimate in a bid to expand their stereoscopic line-up, Sony's decision to engineer a so-called "3D-ready" display following the arrival of the LX900 is a rather interesting one. With regards to their functionality, there is actually little difference between the LX900 and NX810 if you can discount the LX900's biting price tag. 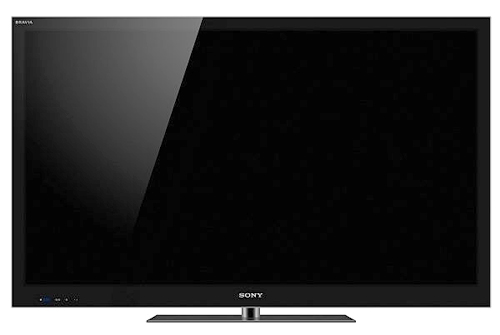 To date, stereoscopic TVs still carry loose definitions on their specs sheet. For example, references such as "3D-Ready" doesn't always tell the full story. In the case of the NX810, the IR emitter (designed to work with active shutter glasses) isn't built-in, but rather, bundled as a separate entity. Logically speaking, Sony's marketing direction is indeed unusual since an integrated package such as the LX900 is undoubtedly less fussy. That aside, the NX810 has much to offer despite Sony's quirky implementation. Earmarked to succeed  the former NX800 model, some of the NX810's features include integrated Wi-Fi, ambient light sensors, Dynamic Edge LED backlights, and an appealing Internet application platform dubbed as BRAVIA Video and Widgets. We will be evaluating the 55-inch, although the NX810 is similarly shipped in a 60-inch variant as well. Hit the jump to check out the NX810's aesthetics before we assess its display faculties.

Write a Review
Compare This | Specifications
Convincing 3D Performance
Brilliant 2D Quality
Feature-packed
Average Noise Reduction
Our articles may contain affiliate links. If you buy through these links, we may earn a small commission.
Sponsored Links