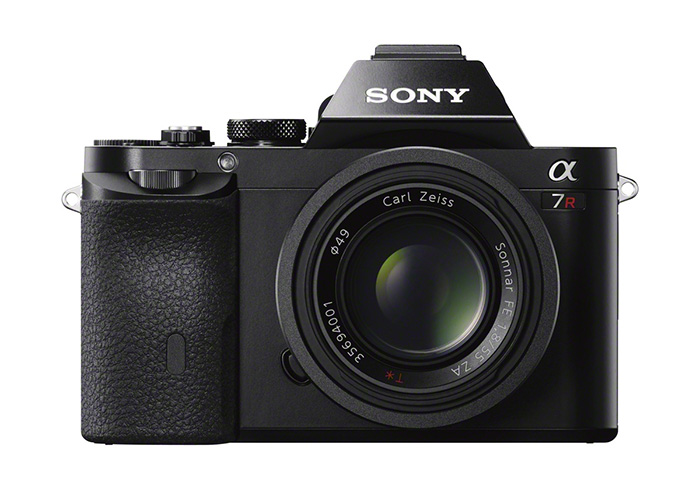 The Sony A7 series is a manifestation of a dream once thought impossible – the ability to make a compact mirrorless system camera with a massive full-frame sensor inside. While the A7 is already a technological achievement, the A7R takes it to the next level by having a 36MP count; the only other camera with an equivalent pixel count and lack of optical low-pass filter is the Nikon D800E.

With the A7s, things are different now. No longer does full-frame belong squarely in the realm of large DSLR cameras (let’s agree not to include Leica in this mix, just because its astronomical prices keep it out of any fair comparisons), and no longer does mirrorless mean small cameras with small sensors.

But there are reasons why nobody else has done this before Sony (except Leica, again); there are a host of problems to overcome, including the risk of soft corners and vignetting with the short flange-back distance, lackluster electronic viewfinders and short battery life. So does the A7R actually work? 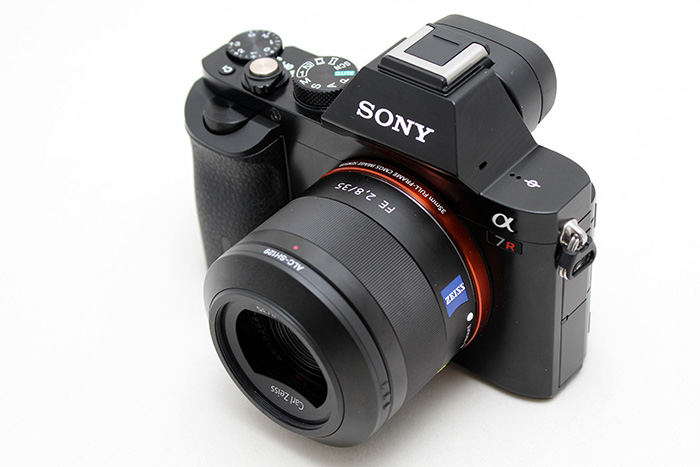 The Sony A7R isn’t ugly, but it’s not pretty either; it just is. Form certainly follows function here, and Sony has crossed the minimalistic line to plain plainness. Its smallness astounds though, every time I pick it up I have to remind myself that I’m holding a camera with a 36MP full-frame sensor inside - the only other camera to have an equivalent sensor is Nikon’s D800 DSLR, which is way bigger and two times heavier.

It sits well in the hands, and everything falls within easy reach. The front control dial however, is dangerously close to the Power switch. Chalk it down to user error, but I’ve accidentally switched off the camera more than once while reaching for the control dial. 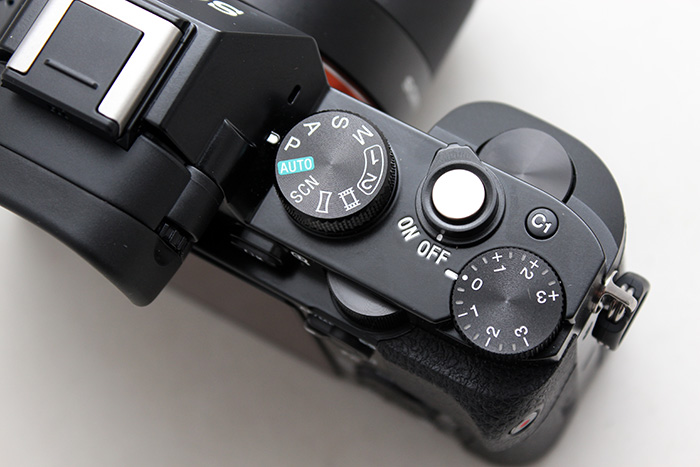 Auto-focus (AF) is competent, but the A7R is not an action camera, nor is it a conspicuous one. The A7R’s shutter is loud; when you hit the release, you and the people around you will definitely know it. It takes about two seconds to power on, focus and fire its first shot. If you enable Continuous AF, the A7R can manage to fire off a shot every one to two seconds depending on how fast your subject moves. While the AF can track most of the time, there will be frames where the subject is out of focus. That said, we doubt anyone choosing a 36MP camera plans to use it for sports.

The A7R handles like a prosumer camera with an odd blend of physical and digital controls. The two main control dials can be customized, but there is a dedicated exposure compensation dial. There are a host of options for customization with ten custom dials in all, including the ability to customize the scroll wheel and d-pad controls, so you can set the camera up just the way you like. I especially like how the AF/MF button can be configured to either temporarily switch between the two by holding the button down, or changed to be a direct AF/MF switch.

You can’t easily change AF points with the default settings, but I changed the left d-pad direction to go directly into focus settings. So when I’m in Zone or Flexible Spot AF modes I can easily change the AF points just by pressing left. Needless to say, there’s a lot to like in how much Sony lets you customize your A7R just so. 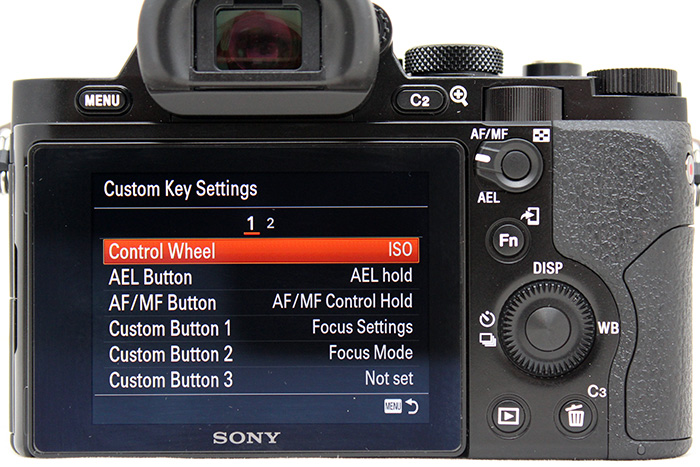 Being digital has its advantages. Sony brings focus peaking to the A7R, which makes it easier to confirm manual focus. It also has a zebra function, which you can turn on to see if your highlights are being clipped. Since the viewfinder is electronic, you can use both features on both the back monitor and the EVF. Electronic viewfinders will never be as good as optical viewfinders, but the question isn’t if the EVF is equal but if it’s good enough. I found the A7R’s responsive and clear, even in low-light, and didn’t miss an OVF. 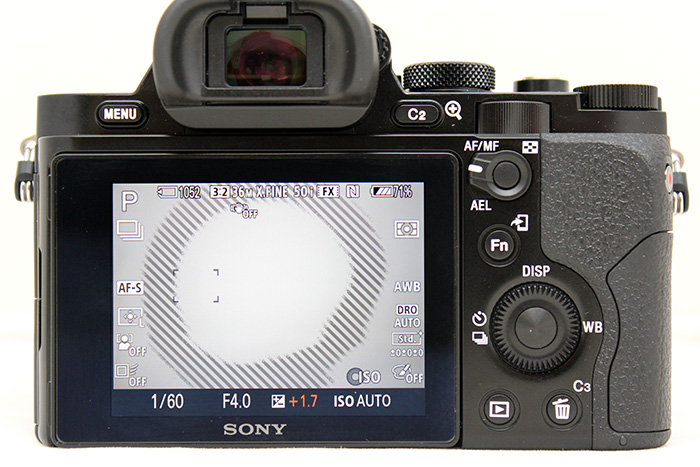 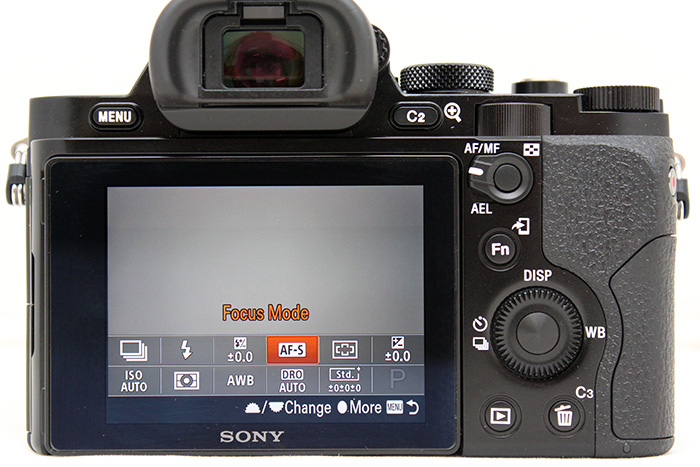 Shifting around 36MP files takes a lot of power, but the A7R handles this with aplomb: I could squeeze off about 35 JPEG frames in succession before the camera started slowing down, when shooting in RAW I could manage about 20-odd frames (I was using an SDHC I Class 10 card with a touted maximum read/write speed of 94MB/s). The camera will occasionally lock down menus and playback if it’s writing to the card, but you can usually still take pictures.

Battery life is slightly better than its spiritual predecessor, the RX1, which was rated 220 to 270 images per charge. The A7R is rated 340 images per charge, and we shot about 280 images to get to about 20% power. It’s not great, not poor, just average. But we love how Sony shows how much power you have left in percentage, so you’re not left guessing what the battery bars mean or have a sudden drop in-between two battery bars.

Unfortunately, an external charger doesn’t come with the box, you can only charge via USB in-camera if you don’t want to pay extra and get one. USB charging is slower, and you won’t be able to use your camera as you’re doing it.

Write a Review
Compare This | Specifications
Host of customizable options for buttons and menus
Incredible image quality from 36MP sensor without OLPF
Focus peaking makes manual focus easy
Quick saving of large files to memory
Plain looks
Average battery life
Battery charger not included in box
Only two native lenses at launch, only one is available for the A7R
Our articles may contain affiliate links. If you buy through these links, we may earn a small commission.
Sponsored Links