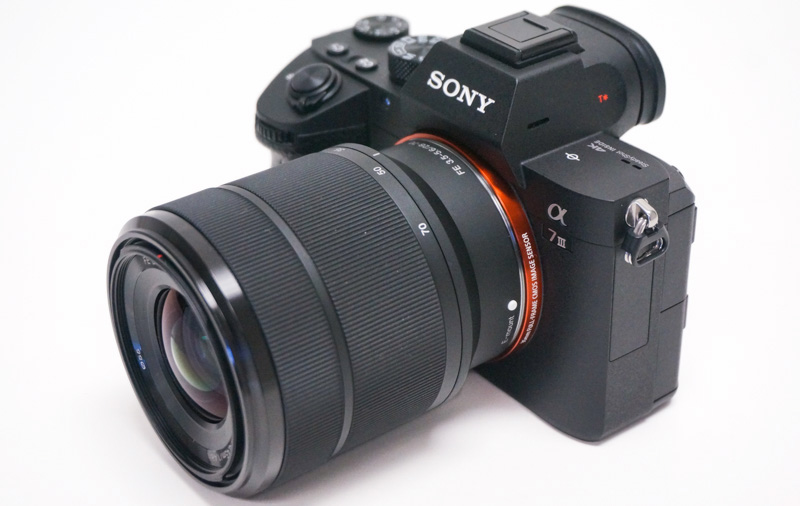 Sony’s A7 series has always been popular with both enthusiasts and professionals alike, especially since it offers enthusiasts who prefer mirrorless cameras a viable full-frame camera option. Now in the third iteration, Sony’s A7 series has improved steadily over the years, and the company now has more than 25 lenses in the line-up, thus addressing the initial concerns about the camera.

Of course, it helps that Sony hasn’t been stingy with the features added to this series too. You may recall the A7 II was the first full-frame mirrorless camera to get a 5-axis image stabilization system. That was built from scratch to accommodate the larger size and greater mass of the full-frame sensor and could easily have been kept for the more expensive A7S II and A7R II models. The A7 III on the other hand, has taken on the new sensor design implemented in the high-performance A9 camera with back-illuminated sensor and the new front end LSI and BIONZ X image processing engine, allowing it to process data 1.8 times faster than the A7 II.

Needless to say, both cameras are very capable options despite being the “entry-level” options of the Sony’s full-frame camera line-up. Sony hasn’t increased the resolution of A7 III, choosing to increase performance by improving other aspects of the camera. These improved capabilities do come at a cost though – the A7 III retails for some S$700 more than the A7 II did at launch (S$2,899 vs. S$2,149).

Here’s a table showing how the two cameras compare. 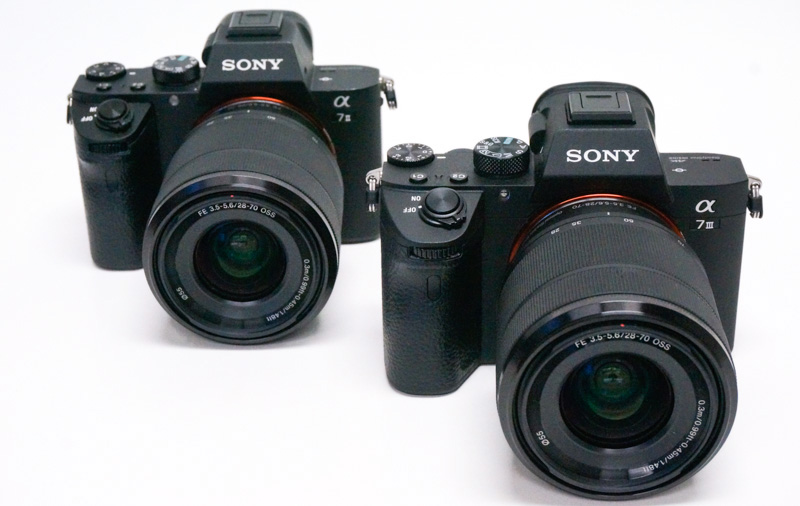 As you can see from the image above, both cameras largely share the same design, just that the newer A7 III appears a little stockier, with a more pronounced viewfinder. There seems to be just a bit more grip space with the newer model, which could largely be explained by the fact that the A7 III uses the larger NP-FZ100 battery (first seen in the A9) for better battery life.

As we mentioned in our A9 review, the new NP-FZ100 battery has almost double the battery life of the NP-FW50 from before. This translates to about 700 images on a single charge with the A7 III, easily doubling the 350 shots the A7 II can muster. We actually quite liked the slightly deeper handgrip, and the slight gain in weight (650g vs 556g on the A7II) seemed negligible, so it’s a good trade-off for better handling.

Turn the camera around, and you’ll see more change. The A7 III adopts the rear layout of the A9, shifting the movie record button just below the viewfinder, and adding a focus point selector joystick below it. Both are welcome changes compared to what we have on the A7 II, and allow for better handling overall. The focus point selector joystick in particular makes it much easier to set focus right where you want it; handy when considering how many more points the A7 III has (693 vs. 117) compared to the A7 II.

The menu system on the A7 III is also better organized now, and the camera itself allows for more customization, with 11 custom buttons compared to 10 from before. The new My Menu option lets you add up to 30 items for instant recall, much like what we saw on the Fujifilm X-T2, definitely a time-saver. The AEL lock function also gains its own dedicated button on the top of the camera making it easier to reach for while you’re taking pictures with the viewfinder up to your eyes. 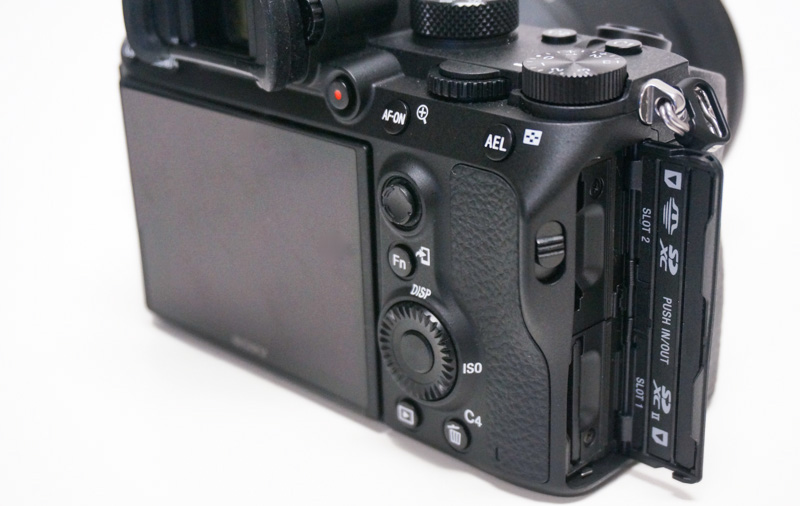 The A7 III also has dual media slots as opposed to one on the A7, thus allowing you the option of having your images simultaneously backed up to both cards; separate stills from movies; RAW from JPEG, or to simply have more storage space. As with the A9 though, only one card slot (Slot1) supports the faster UHS-II type memory cards. One thing we do like though; is that the memory card cover on the A7 III is lockable, so you won’t have to worry about accidentally opening it.

Both cameras have a 3.0-inch rear LCD, but despite the fact that the A7 III’s rear screen is rated at a slightly lower resolution of 921k dots compared to the 1,228k dots of the A7 II, we found it to consistently be brighter and more vibrant in different locations even at the default settings. The A7 III’s rear panel is also touch sensitive, but this is unfortunately limited to setting AF points and zooming in to check focus.

Write a Review
Compare This | Specifications
Much improved physical interface
Increased continuous shooting rate
Greatly improved autofocus performance
Double card slots for more versatility
Price is significantly higher
Battery life still lags behind traditional DSLRs even though it has improved
Our articles may contain affiliate links. If you buy through these links, we may earn a small commission.
Sponsored Links