Apple's Back to School promo is back with discounts on Macs and iPads, free AirPods, and more
Product Listing
LGPanasonicPhilipsSamsungSharpSonyToshiba 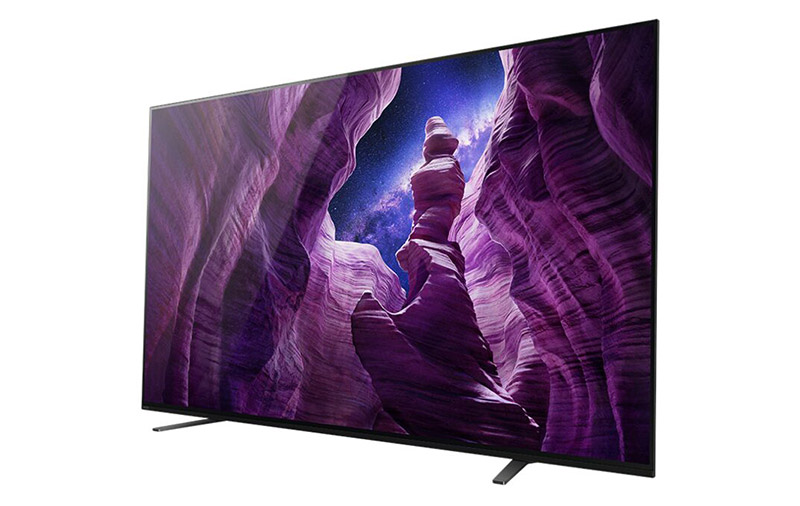 Sony does OLED, too

If you’re looking to buy an OLED TV but aren’t a fan of LG’s offerings, then may I turn your attention to Sony's versions. Running the Android TV platform just like its LED-LCD brethren, Sony's OLED TVs typical stand out from the crowd for their well-reputed picture processing engine and unique features that only the Japanese electronics manufacturer is capable of.

In my opinion, 2020 is a somewhat transition or lull year for Sony OLED TVs, though. If you were to look at the lineup, the flagship remains the Master Series A9G, which was released in 2019 and commanded then a recommended retail price of S$7,999 for the 55-inch model, though now often discounted to S$5K-ish during sales. The 65-inch and 77-inch A9Gs are also still in the market, but unlike their initial eye-watering S$12K and S$28K price tags, they’re now mostly hovering around S$8K and S$14K respectively.

At the other end, the A8G, also launched last year, was Sony’s entry-level OLED offering during the early part of 2020 — that is, until the A8H arrived. First unveiled at CES, the A8H can either be seen as a beefed-up A8G or a more affordable A9G.

OLED aside, the A8H’s headline feature is its X1 Ultimate processor, which is also found in the flagship A9G. This X1 chip is twice as fast as the X1 Extreme used in the A8G.

The presence of the X1 Ultimate processor means that the A8H gains certain picture-enhancing features previously exclusive to the Master Series, such as Pixel Contrast Booster and Object-based HDR remaster/Super Resolution.

Sony’s X-Motion Clarity tech, which is often found in the company’s Bravia LED-LCD TVs, also makes its way here to improve motion clarity. All this means that the A8H should have, on paper, a better image quality than the A8G it replaces. You get the A9G picture at a lower price, if you will. 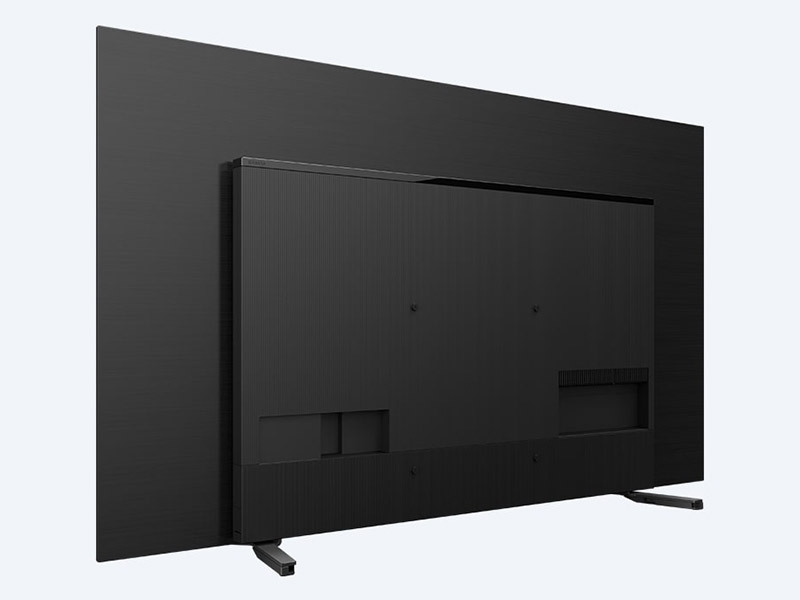 Like LG’s OLED TVs, Sony’s OLEDs support Dolby Vision and Dolby Atmos. But this is Sony after all, so you also get proprietary features such as S-Force Front Surround, which creates virtual surround sound using the built-in speakers; Voice Zoom for boosting dialogues; and an auto audio calibration feature.

Design-wise, the A8H looks simple but no less beautiful. The screen is able to go edge-to-edge thanks to Acoustic Surface Audio; and from the front, you only have two feet peeking out. And unless you’re sitting very near to the TV, you won’t see the tiny Sony logo at the corner. One neat thing about the metal stand is that the standard table-top mode will put the TV close to the surface, but you can change its direction to raise the TV a bit higher so that a soundbar placed directly in front won’t block the screen.

Beyond the aforementioned, the A8H has mostly what you’d want on a 4K HDR TV. It runs Android TV (Android 9.0), so you can easily get more apps from the Google Play store or use the built-in Chromecast to cast content on your mobile devices to the big screen. Apple’s AirPlay 2, HomeKit and TV app (pending a firmware update) are available, too.

In terms of I/Os, the A8H has four HDMI inputs that support HDCP 2.3. While one of these ports supports eARC, none of them are fully HDMI 2.1, which means you won’t get things like variable refresh rate (VRR) and auto low latency mode (ALLM). Considering that the Xbox Series X and PlayStation 5 are now in actual living rooms, this is currently the A8H’s biggest weakness if you’re shopping for a TV to pair with your new gaming console. 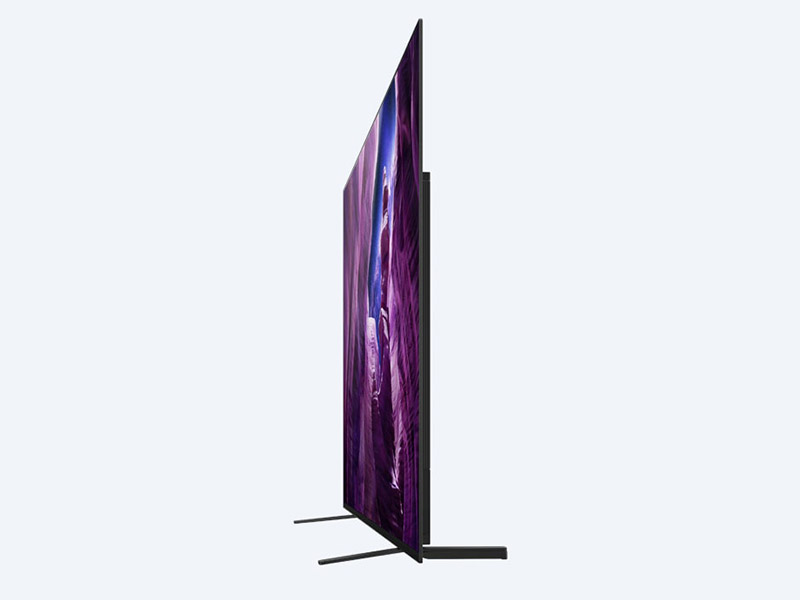 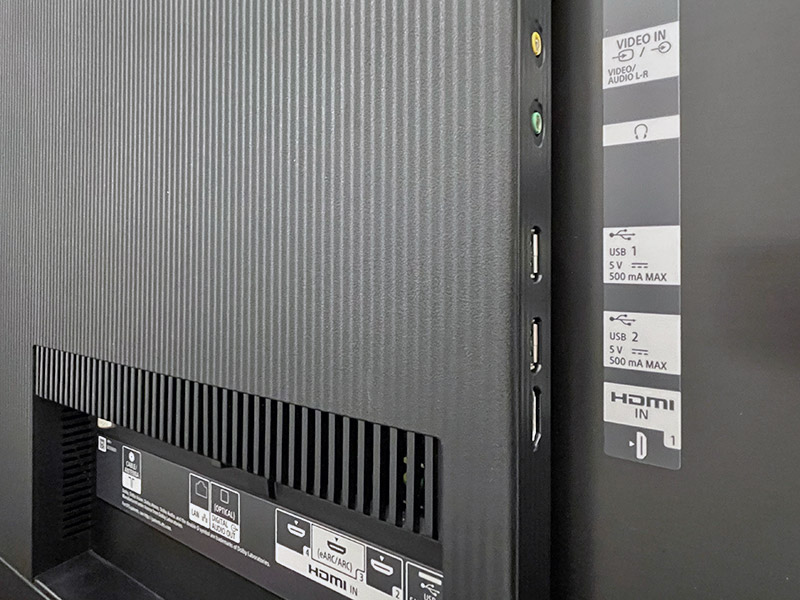 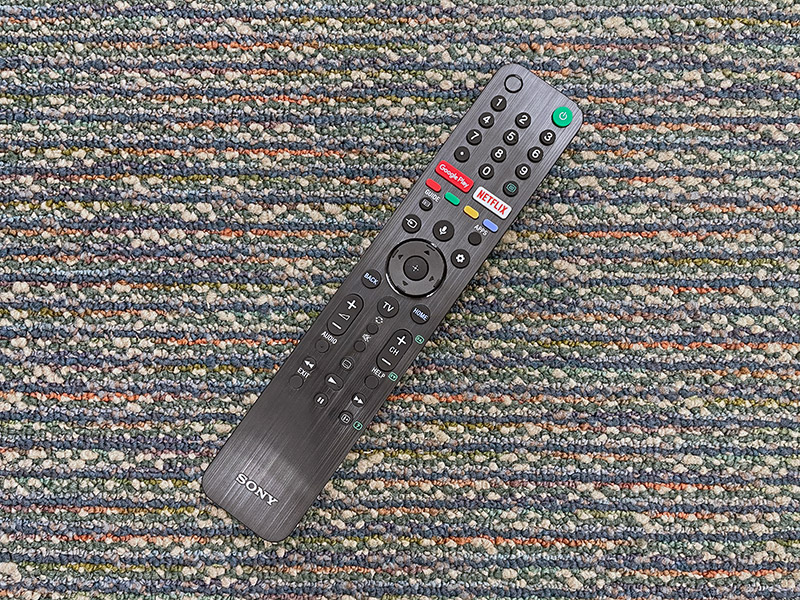