The Best Of Bravia

Don't change something that works - that has to be Sony's mantra with their latest suite of Bravia HDTVs. Like its 2010 predecessors, the flagship Bravia HX925 LCD model will continue to feature Sony's tasteful Monolithic design and Intelligent Peak LED backlighting technology. In other words, local dimming features on its full-array LED backlights still applies. Designed to blend in with contemporary furniture, Sony has furnished their minimalist Monolithic TVs with a flushed screen surface, plus an angular tilt of six degrees when the panel is mounted on the Bunchin stand with incorporated speakers. With the HX925, Sony has also toughened things up a notch by integrating a reinforced screen; credit to Corning's scratch-and-impact-resistant Gorilla glass. 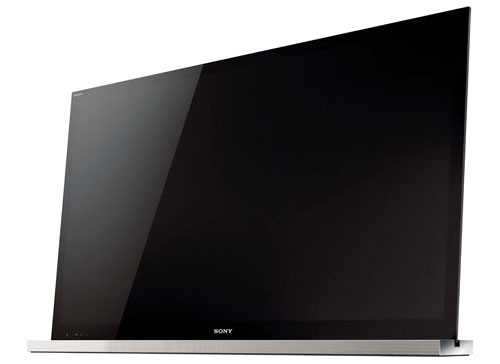 Another interesting feature of the HX925 lies with its video processing engine. Fans of the Bravia series might know that the X-Reality Pro engine can be found in Sony's premium models, while the rest of the Bravia clan only has the X-Reality engine to contend with. In essence, X-Reality Pro combines the image processing features of X-Reality with upscaling capabilities of its own. Using what Sony calls the Reality Creation Database that's available in the processing engine, X-Reality Pro is supposedly able to enhance low-quality video content to HD-like standards as well. Sony claims it is possible to achieve this by analyzing the source and comparing each frame at the pixel level with the TV's "built-in library". We were impressed with the demos shown of its capabilities in CES 2011, but as usual we would like to pass thorough judgement from testing with our preferred video analysis materials. Anyhow, with its Gorilla glass face, Internet Video, 3D processing, and DLNA attributes, the HX925 does seem to be Sony's best yet on the HDTV front. Let's see if this Bravia TV lives up to the hype.