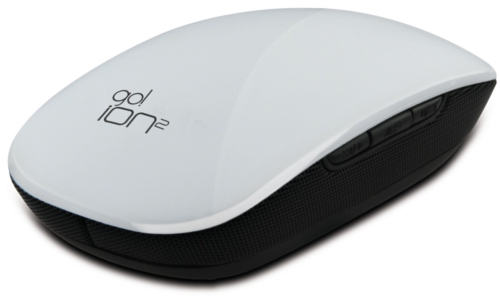 Shaped like a desktop mouse, Sonic Gear's latest iON1 and iON2 are, in fact, portable speakers in disguise. Both home-grown go! Series products may differ in appearance, but they actually share identical all-in-one functionalities. Essentially, it is a speaker, radio and music player, which reads MP3 songs from an SD card. Let's take a closer look at the more discreet looking iON2 in particular.

This little gadget is indeed small and light enough for your travels, while its smooth curved top hides a 1.5-inch driver. The DC power and auxiliary inputs are situated on one side, along with a switch which enables you to toggle between its added FM radio and SD-card function; or simply to turn the device off.

You'll find three multi-purpose buttons on the opposite flank, which also happens to be the most frustrating aspect of the iON2's design. Effectively, the middle button acts as a mute or play button. Or alternatively, you can use it to search and save radio presets by holding it down. The forward and reverse buttons can be used to switch radio stations, or increase or decrease the speaker's volume with a prolonged hold.

Undoubtedly, such schizophrenic controls proved to be rather exasperating since the speaker has a tendency to switch tracks when we wanted to adjust its volume instead. In addition, we can't really tell which radio station we were tuned to since there isn't any screen to display the frequency band.

Internally, the iON2 hides a built-in Lithium-ion battery (hence its name), which can be recharged via a bundled USB cable. The tiny LED indicator turns orange when the device is charging, and green when fully-charged. Apart from that, the portable speaker also comes with a bunch of accessories such as a wrist strap, sports strap, and stereo cable for compatible PMP devices. For added protection, there's also a rubberized holder for the iON2 which you can attach the sports strap to.

Performance wise, we tested the iON2 with a Creative Zen X-Fi PMP, as well as a folder of MP3 tracks on an SD card. We were impressed by the speaker's loud punch, but not so much its audio quality. Vocals sounded hollow, whilst the highs were particularly clipped and hissy. In fact, its audio delivery went from jarring to almost unbearable when the volume is pumped up. To give the iON2 some credit, however, even Justin Bieber was tolerable when the volume was turned down.

On the other hand, if you’re going to live with reduced volume, you might as well use your mobile phone or PMP's integrated speakers (if any) instead of lugging an additional set of speakers around. 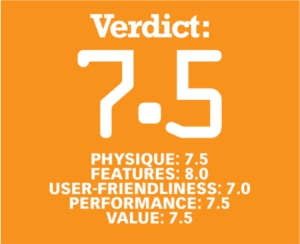