There are two Blu-ray titles we are fond of using to assess a TV's black levels. One is Tim Burton's Corpse Bride and the other is Christopher Nolan's Batman Begins. If the panel is able to reproduce visible details with the "darker" scenes, then it must be worth some meat, yes? Now, Sharp might not tout a fancy name for its video engine like Sony's BRAVIA Engine 3 or Samsung's HyperReal Engine, but it does carry an X-Gen panel with UV2A technology for them to rave about. Taken together, Sharp promises "brilliant whites and deep blacks" if we may steal a quote their press release. The AQUOS did induce a few "ooohs" on Corpse Bride. For the most part, clarity and sharpness were impeccable with punchy contrast levels. If that isn't good enough, you may turn on the TV's "Active Contrast" feature which we believe is Sharp's alternative term for Dynamic Contrast. And like most LED backlit screens, images appear to have a life of their own with a nice vibrant sheen to boot. However, we had to fiddle with the settings in order to obtain a palatable picture with Batman Begins although black levels were satisfactory for an LCD TV. We had to bump up the backlight settings to "+8" in order to discern finer details. Also, Sharp has fitted the LE820M with an adaptive 100/120Hz panel, and we did spot minor instances of motion tearing without the frame interpolation feature (dubbed as Fine Motion Advanced). Fortunately, image fluidity and fidelity were restored once we hit that switch. 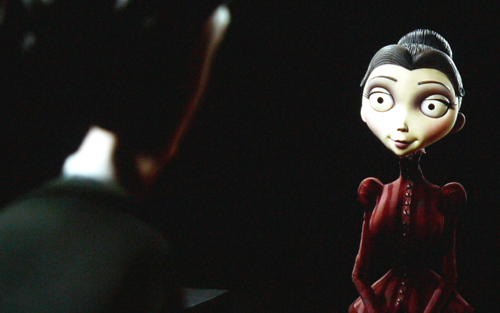 That said, let's move on to the gritty Vantage Point plot. We know DisplayMate has warned against subtle tendencies for uneven backlighting. Thankfully, this chink isn't obvious when the TV is tackling brightly-lit images. If anything, picture quality was even and vivid for the most part. As objective reviewers, on the other hand, we have to guard ourselves against the "placebo effect", as in, seeing things which aren't meant to be there just because the manufacturer claims to be so. And for all its quad-pixel goodness, secondary colors such as gold and emerald didn't appear any more vibrant than what a typical LED-backlit TV is capable of. With due credit to Sharp, however, the new AQUOS is a valid contender for crisp visuals and natural skin tones. Our verdict? Rich and accurate colors, yes. Over-the-top hues? No. The LE820M didn't fare too well with 24p conversion as seen during our earlier HQV assessment. This result was further verified when we enabled the TV's "Film Mode", with occasional instances of motion judder, especially with camera-pans from scene to scene. Now, the LE820M might not score in every visual aspect, but it does pack a sound system which is immediately gratifying. Its pair of twin 10-watt speakers and subwoofer offered a clean  acoustic wallop, while its SRS TruSurround HD also managed to decent spatial effect. 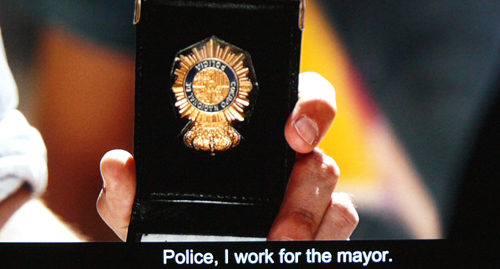 It's time to migrate from the 'rah-rah' land of 1080p to 480 interlaced lines of DVD playback. Disc of choice is X-Men: The Last Stand.  To say the least, we'd like to raise our hats to Sharp's video processor and X-Gen panel for a job well done. We know that upscaled artifacts are almost unavoidable on Full-HD screens. On the contrary, the AQUOS Quattron managed to reproduce a very pleasing upshot instead. Unsightly video pixelation is present, we won't kid you otherwise, but with minimal effect. On the whole, picture quality was laudable given the panel's truthful color renditions and definition. Motion judder was a niggling issue, but not after some tune-ups. If you care to know, the movie was readily watchable after setting its Fine Motion Advanced tweak to "Low" and DNR feature to "Middle".  We'll go out on a limb to say this, but Sharp's LE820M is one of the best in handling DVDs we've experienced by far. Another quirky feature of the AQUOS is its "Freeze" option. If you wish to ogle at that hot actor or actress for a little bit longer, simply hit that "Freeze" button on the remote. You have up to 30 minutes for your drool fest.