To maintain a standard across our review units, we calibrated the AQUOS LE820M with the Spyder3TV Home Theater Color Calibration kit prior to our display tests. This is to ensure we assess the HDTV based on optimal display settings, and not purely on visual estimation alone. At this point, we've also disabled all the necessary bells and whistles such as color and edge enhancement features. After the calibration process, optimized values were as recorded as such: Brightness at -13, Contrast at 36 and Color at -9. Black and white luminance readings were measured as 0.133cd/m2 and 191.098 cd/m2 respectively. While optimal black luminance values should be close to zero, the LE820M's figures were still marginally lower than most CCFL-based LCD TVs. Note that calibration was performed based on the TV's "Standard" preset. 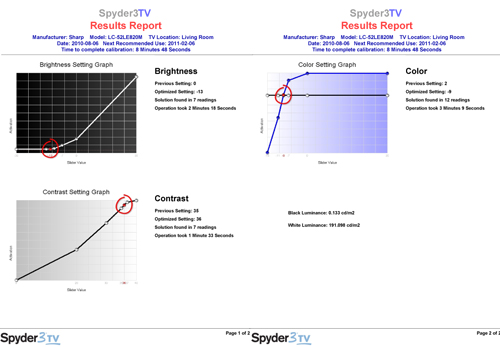 DisplayMate is an application which generates a sequence of test patterns to determine the capabilities of imaging devices like color and gray-scale accuracies for example. For our tests, we've hooked up the LE820M to our display test-bed PC via its HDMI connection. To be fair across the board, we have also disabled all visual enhancements on the TV in order to reduce the variables involved. Here are some findings based on the relevant and critical test patterns:-

Screen Uniformity
We have to be cautious with edge-lit panels since bleeding around a display's perimeter can affect the TV's uniform dynamic range. For this particular test, the AQUOS maintained healthy levels of uniformity with the brighter test patterns. However, uneven textures were visible on darker magenta and yellow hues, mainly around the screen's periphery where minor bleeding tends to be more prominent.

Dark Gray Scale
The LE820M kept a nice balance between deep blacks and bright tones. Darker gray blocks were visible without sacrificing black levels, although corresponding squares on the panel's sides are slightly lighter than those on the lower stretch, which may be due, in part, by the unit's backlights.

Color Scales
A natural knack for immaculate whites and confident color renditions were observed. Gradients along the 10 primary and secondary colors were mostly linear as well. As for viewing angles, contrast shifts was only apparent at 60 degrees past the center axis.

256-Intensity Level Color Ramp
Banding or compression artifacts are unavoidable with most LCD screens. Good news is, only a negligible amount was evident on the X-Gen panel. If you must, minor irregularities did appear but only on deeper hues of the blue band. 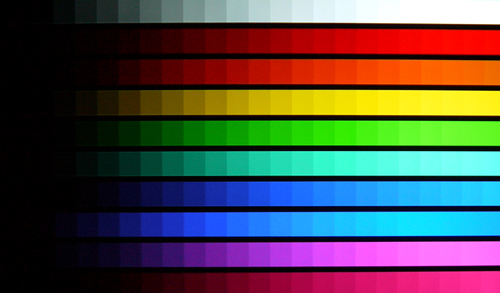 IDT's HQV Tests are designed to assess image quality and the handling of digital displays and players through a variety of video signal processing tasks which includes decoding, de-interlacing, motion correction, noise reduction and film cadence detection. We've programmed the Blu-ray player to playback in 1080i in order to stress the TV's video processor. This compels the TV's processor to convert interlaced signals into progressive to accommodate the HDTV's panel. Here are the results we noted on two of the most crucial tests:-

Digital Noise Filtering
Sharp scored top accolades for two tests out of three, and its noise filtering finesse is one of them. Without its DNR features, a strong dose of digital noise was apparent on the HQV source. However, the AQUOS approach in reducing noise levels was commendable without sacrificing image details excessively.

Diagonal Filter Test
Are modern TVs becoming more and more proficient in their de-interlacing capabilities? The LE820M's engine processed the 1080 interlaced signal with almost non-existent  "jaggies" on the rotating bar.

Film Resolution Loss Test
For all its glorious moves, the AQUOS stumbled when it came to the inverse cadence decoding, or simply put, 24p conversion from film-based sources. Although three levels of inverse telecine options were given, namely Standard, Advanced (Low) and Advanced (High), stubborn strobing persisted on the SMPTE test patterns when we tested it with all three selections. 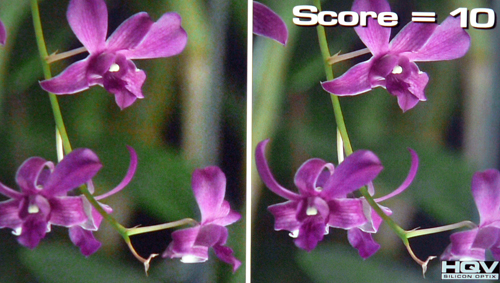