The 52-incher is deceptively heavy given its thin frame, hence it's best to assemble the unit with an extra pair of hands. More importantly, Sharp has been busy at the drawing board, and the results are apparent on the new LE820M series. The AQUOS is a sight to behold, primarily for its posh and curvy presentation. The TV sports a slim 40mm girth, which isn't much of a surprise since it uses edge-lit LEDs. A matte silver accent surrounds the unit's perimeter, and to augment its high-brow tastes, physical aspects such as touch-sensitive controls, a chrome-colored spine and stylish glass stand are equally guilty of contributing to the Quattron's expensive demeanor. Unfortunately, the TV's panel is highly reflective due to the glossy coat. To minimize undesirable reflections, we'd advise viewing this baby with your room lights dimmed down, or better yet, turn them off altogether. On the up side, Sharp's latest LED installment boasts of a single-sheet design with a bezel that's flushed with the panel. This styling trend, if you recall, is similarly echoed by the likes of LG's Borderless design and Sony's Monolithic dress code. So as far as looks are concerned, Sharp has definitely following the trends. 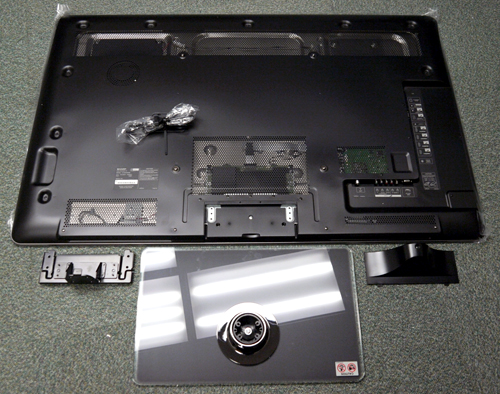 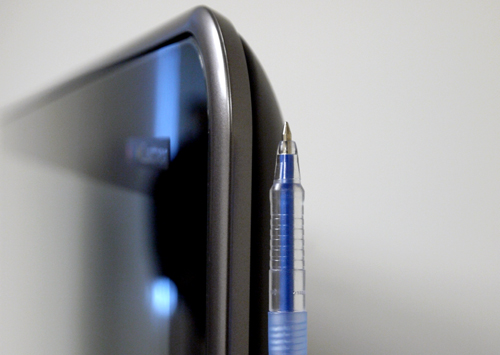 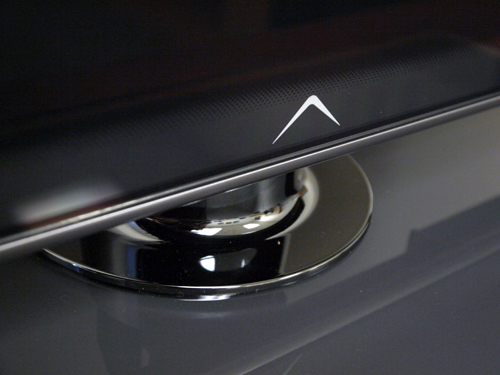 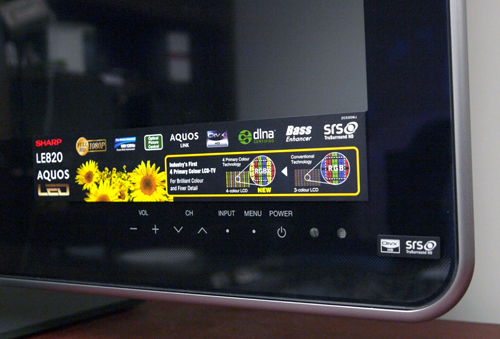 Slender as it is, Sharp has somehow managed to pack the LE820M with a pocketful of connectors. An analog component input and RS-232C terminal sits below the back panel, while a string of four HDMI ports are flanked at the side. That's not all. The AQUOS also holds a USB port plus an Ethernet terminal for your home network. Additionally, this model is also engineered with Sharp's AQUOS Link, which runs on the HDMI-CEC protocol used to unify compatible AV devices. In front, the TV's remote control sensor is placed at the bottom corner so be sure to keep that spot unobstructed. You might like to know this TV swivels, 20 degrees both ways. Now, remember we talked about Sharp overhauling its designs? Well, the remote isn't spared either, but not necessarily in a bad way. The stick is now noticeably slimmer. Apart from that, we also spotted a couple of dedicated keys such as an OPC button to toggle its optical picture control on or off. By the way, the LE820M does not have any built-in digital tuners though we understand from Sharp that they might plan for one at a later stage. 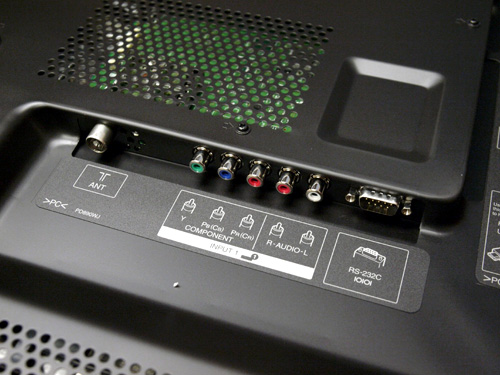 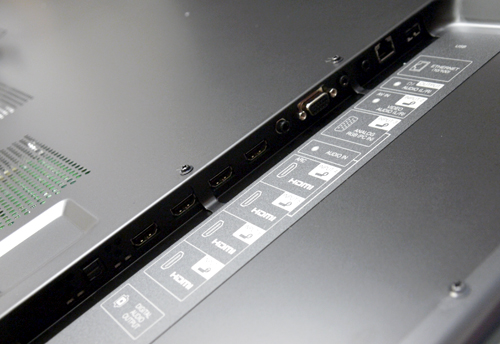 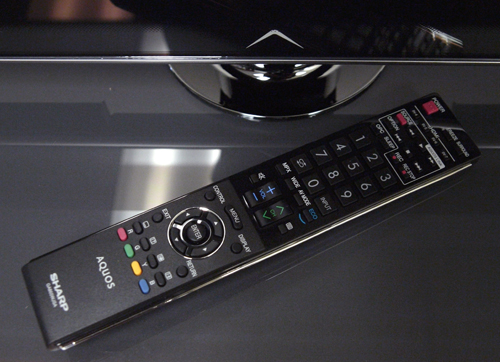 We have not have reviewed a Sharp display for a long spell, but it is evident the Japanese have finally made good use of the Quattron's Full-HD panel. On the LE820M, the menu interface is more refined compared to awkward graphics of the past. While its layout is visibly more attractive, it isn't exactly the most user-friendly. To return to the top strip, which harbors icons such as Setup and Link Operations, we had to hit the "Return" and directional buttons a couple of times before finding our way back. On the bright side, at least its layout does not interfere with what's on screen. There are eight whopping picture presets in all, including a "Dynamic Fixed" selection which is similar to the "Dynamic" preset except for locked-down image and sound settings. For the savvy, there are sufficient picture configurations to tinker with such as hue, saturation and color temperature adjustments. And like most modern sets, the AQUOS Quattron is also capable of shrinking your utility bills with its ECO features. This mainly reduces the backlights' brightness with Standard and Advanced options available. 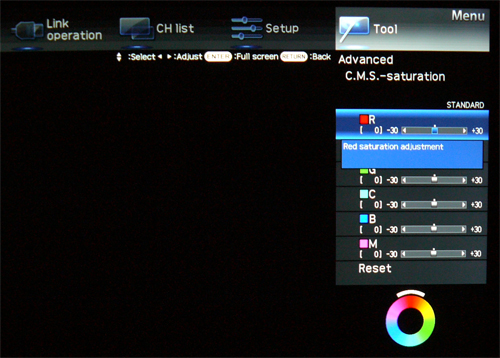 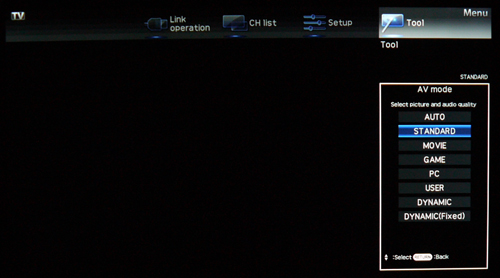 Oh, and let's not forget about media playback on the LE820M. Plug in a USB drive, and a pleasing "USB Media" screen appears in a jiffy. Furthermore, we noticed that the TV was intuitive enough to separate the video clips from non-video file formats upon selecting "Video Mode". While the Quattron does not favor NTFS partitions, its video support, on the other hand, was exemplary. The yellow fellow breezed through common AVI, MKV and MOV extensions without batting an eye, and codecs such as DivX and VC-1 failed to rattle its cage either. Coupled with DLNA functions, well, we can only tell Sharp to give themselves a nice pat on the back. On the other hand, you are out of luck when it comes to AVCHD video formats or WMA audio files. In short, we won't go so far as to say this feature is a perfect replacement for standalone media tanks, but the Quattron's USB Media functionality is definitely a huge bonus. Lastly, while the AQUOS offers an Ethernet port for home network connectivity, don't expect to find any online applications or widgets on this one. 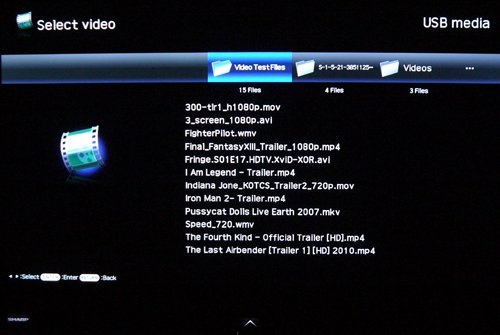